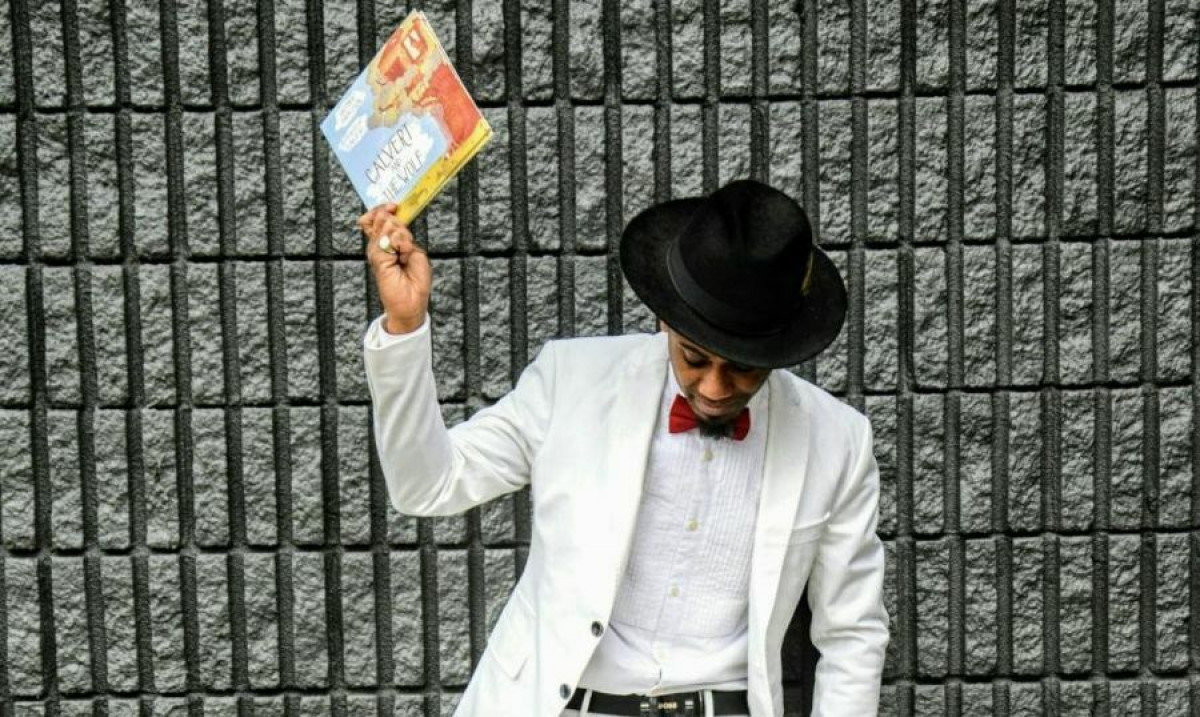 Joseph Lewin’s first children’s book - Calvert and the Wolf - is creating quite a buzz. It certainly helps when John Tory, the mayor of Toronto, buys a copy of the book and tweets about it after meeting the author in Kensington Market on a Pedestrian Sunday. 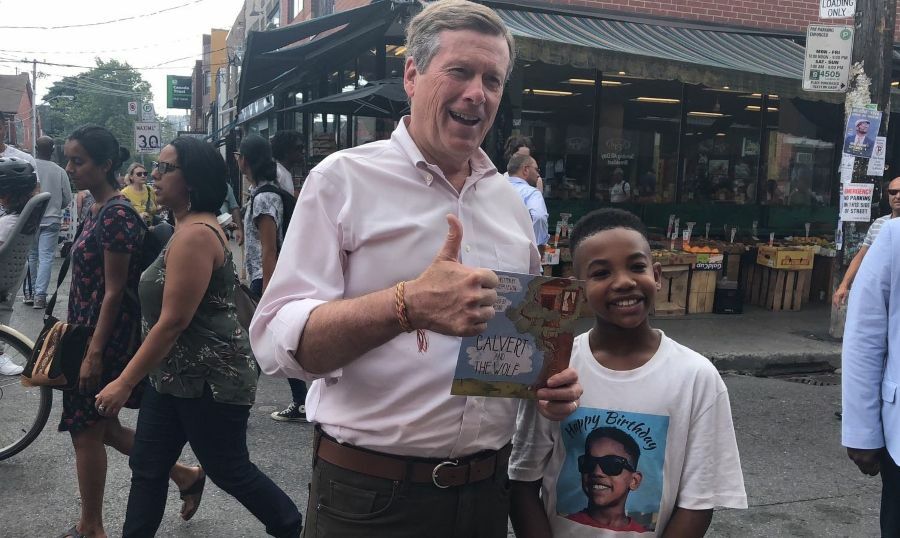 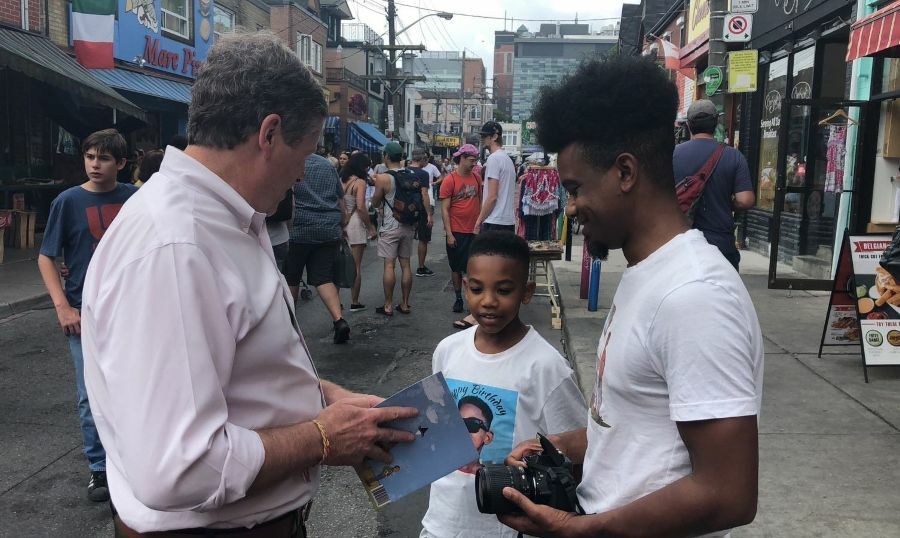 The premise of the story isn’t a new one but always timely, it encourages kids to be courageous in the midst of fear. And it is a theme that resonates with the Toronto District School Board, so much that Lewin and his family (his wife, and son for whom the character is named) travel to elementary schools to read, present and interact with students on the book and its message.

Lewin took some time out to answer a few questions on his success, his motivation and other projects he has on the go.

For readers who don't know about your book, could you give us a brief description of it?

Joseph: This book, Calvert and the Wolf, is about conflict resolution and courage. It's about a little boy who learns to face his fear. In the story, the fear that he is running from is the wolf. He learns to confront it, and he learns the importance of conflict resolution. I like the whole story; it brings people together, and then it has a happy ending. He has the realization that the problem is not as serious as he thought, and he made new friends.

Why did you feel that facing fear was an important lesson to focus on?

I feel that fear plays a role in most people's day to day life. Children may be worried about an upcoming test, asking their crush to the school dance, or the opinions of their classmates. Adults may be worried about getting married, taking on their 1st mortgage or choosing a career.

What's the biggest fear you had to face as a child?

The biggest fear I had as a child was public speaking. Facing that has allowed me to be in the position I am today.

Are there any societal messages about fear that you are trying to counteract with this story?

I will only say that although life is full of challenges, the world is not as scary a place as some would believe.

What do you want parents and children to learn as they read the book?

Joseph: About community involvement and courage. For minorities, we have a character of colour - so confidence for children of colour and diversity for other children. But overall, I would just say courage. 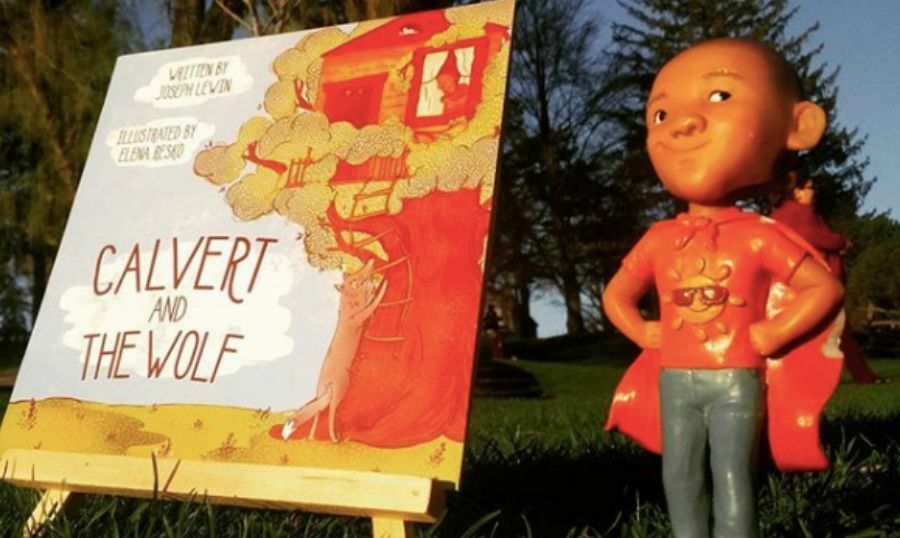 I'm grateful to have gotten a lot of positive feedback. The most memorable wasn't what was said, but what was done. It happened when I was on a father-daughter vacation in Jamaica with Isis. I was approached by an elder man who was complimenting my interactions with my daughter. He said he was happy that I was out spending time with my daughter and pointed out that he was also out with his daughter.  He spoke positively about spending time with family and life getting better as you age. I agreed and told him that I also traveled around promoting positive family values and reading. I shared a copy of Calvert and the Wolf with him. We thanked each other then joined back with our daughters. He appeared to be in his 70's and his daughter in her 30's. A few minutes later I noticed them up the street sitting and reading the book together with smiles on their faces. I was happy to see how a book can bring people together and create a positive space in any condition. This took place at night as we were getting food from a road vendor in an area that media would suggest was "bad." It was also memorable for me because it was like a window to my future and how important it is to keep the love of reading books alive. 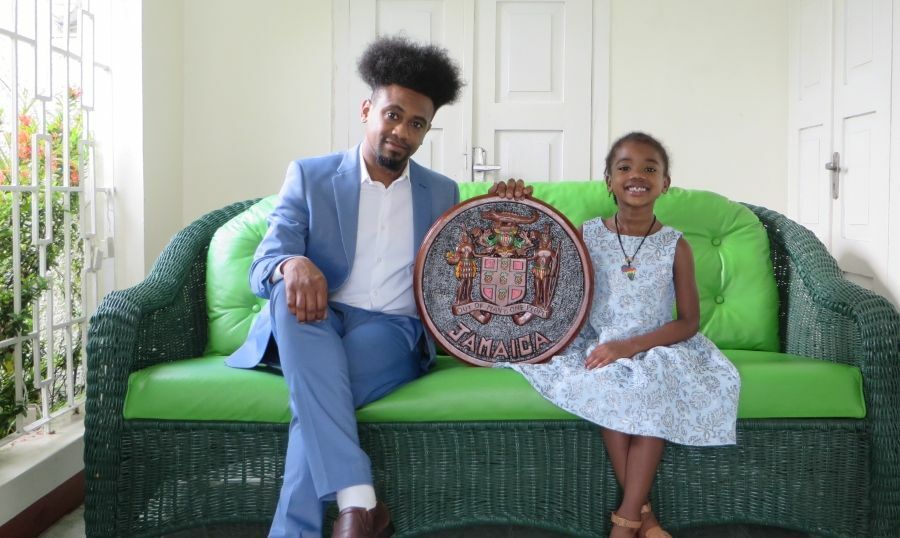 How important is it for more Black authors to portray Black characters?

Joseph: It is very important. Again when it comes to positive characters, it's not just important for our community. It's actually very important for other communities. I'll give you an example. I travel a lot, and I often hear people say that China is racist or unwelcoming to Black people. But in China, there is maybe one Black person to thousands of Chinese people. Also, look at the media they get. The mainstream media portrays a negative image of Black people. So it's not that they are necessarily inherently racist, it's that they only have one view of our culture.  So the more positive Black characters we have in the media, in a sense it is helping to defeat racism because they now have exposure to a different perspective.

How did you begin writing?

Joseph: I'd say I started from childhood. My parents would be like, "here is a newspaper, write out this article." It was something to keep me busy. Eventually, it was something I picked up and just enjoyed.

Is this your first book?

Joseph: It's the first published book. But, it's already part of a series that I've written out. The rest of the series hasn't been published yet. 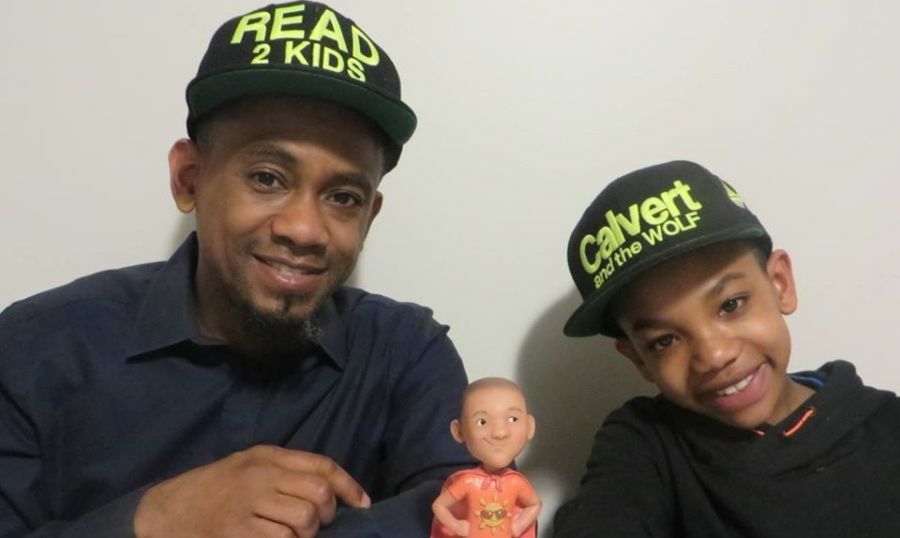 What do people interested in being authors need to know?

Joseph: Anything is possible, and they should go for it. Just the other day, I was sharing with my kids the story of Tyler Perry. He just opened up his studio. His story began when he was homeless and living out of his car. He didn't have anything other than his creativity and his intelligence. He wrote his first script and sold it, and then he began his career from there. He didn't need anything but just the passion and desire to go ahead. He didn't have money. He didn't have a home. He didn't have anything; but, he had a pen and paper. He went ahead and he did it. 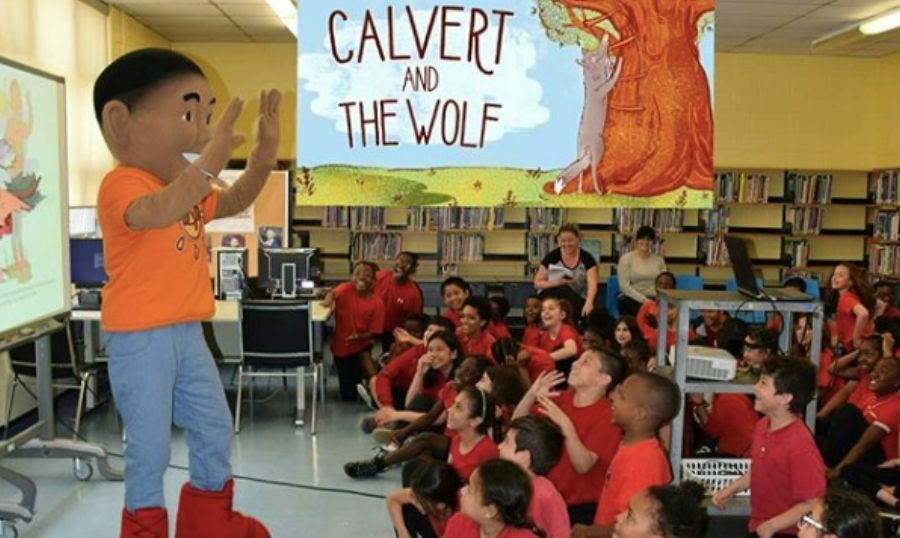 You visit schools showcasing your book, how does it feel to have your book talked about at schools?

Joseph: It's a very good feeling. For me, I'm especially grateful and blessed that I get to have my children and wife with me while we do these presentations. The character is based on my son, and he gets to be involved in the presentation as well. It's actually more than I  expected because when I wrote this story I wasn't thinking of presenting at schools.  It's just something I like to do, writing stories.

What is your favourite part about being an author?

Joseph: My favourite part about being an author is watching my work come to life. When I wrote the story I wasn't thinking of how far it could go; but, you get to see children enjoying your stories. You get to see parents spending time with their children. They take five minutes out to read to each other, and they are creating a bond. I love to see that. That would be my favourite part.

What do you think a children's book needs to grab children's attention?

Joseph: I don't know if I could answer that. Part of my motivation for writing a story is that I don't think there is one specific thing because there are many children, there are many different families, and many different circumstances. Don't limit yourself trying to come up with a gimmick, just make your story as it is. I'm sure we have all been to bookstores and just like there are bad movies, there are plenty of books that you would call bad; but you know what, they went out, they did it, and they made it. They found a market or the market found them. I wouldn't want anyone to limit themselves, trying to find a missing piece or feel that there is a missing piece.

What's next for you?

Joseph: I am aiming for both a launch and release for maybe one or two more books for spring 2020. I am working on launching the website in a few months. I'm not sure of the date yet. Other than the book, I have a few other projects I'm working on. We have a YouTube show called OntreView – we’re working on a few more episodes; as well as a cartoon.  In five years, I hope that I have at least three more books out.

Know a Black Canadian author we should feature? Email us at: info at byblacks.com 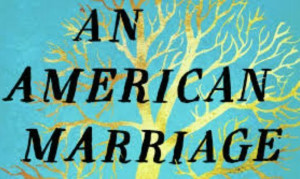 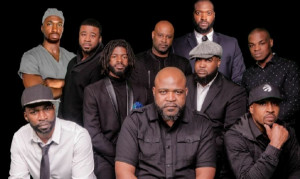