Killmonger is Not a Revolutionary, Man. Featured 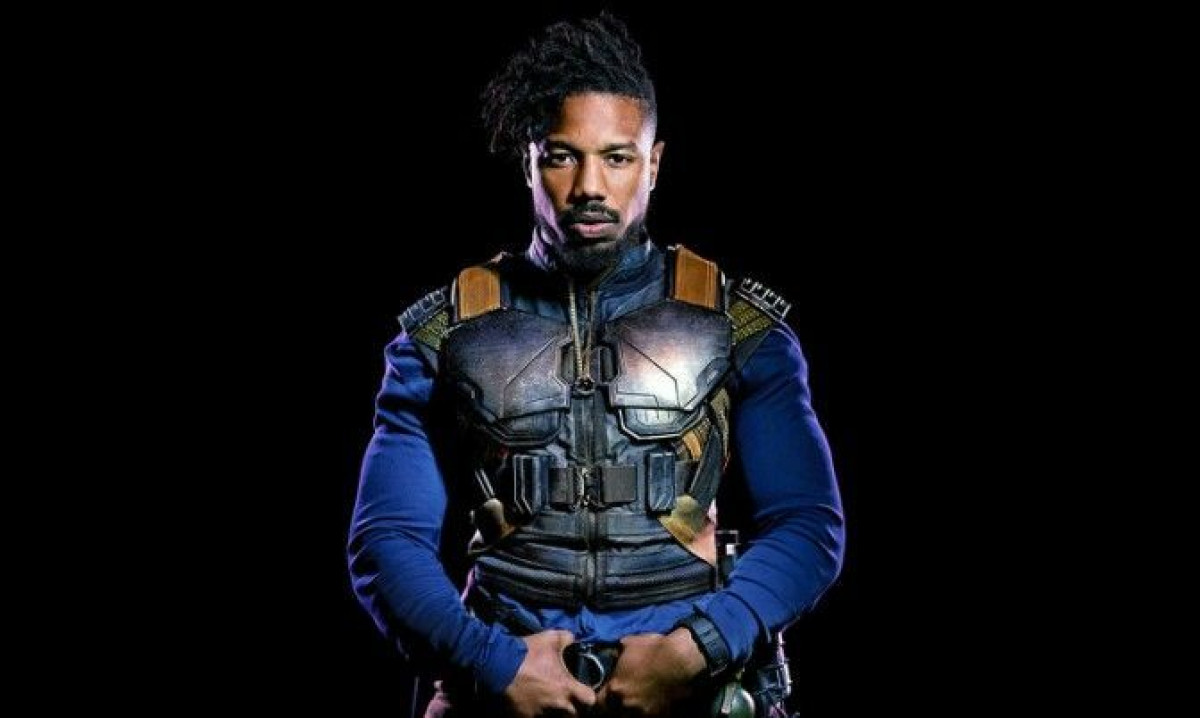 In 1974, after Huey P. Newton fled to Cuba for the alleged murder of Kathleen Smith, Elaine Brown was appointed the leader of the Black Panther Party.

Brown, a longtime activist and putative backbone of the party’s policy wing, not only helped the Black Panthers institute its landmark free breakfast program, but stressed the importance of Black women’s involvement in the organization. For three years, Brown managed the Black Panthers’ country-wide operations, which had begun to retrench after ideological fractures led to fallings-out among its leadership, and violence - both inflicted on the Panthers by law enforcement agencies, and by the Panthers on their own membership - pushed out rank-and-file members.

According to Brown, her leadership of the organization did not, and could not make it a safe place for Black women. In her book A Taste of Power, Brown said of her experience “A woman in the Black Power movement was considered, at best, irrelevant. A woman asserting herself was a pariah. If a black woman assumed a role of leadership, she was said to be eroding black manhood, to be hindering the progress of the black race.” Brown was struck with the awful reality of this statement in 1977 when Regina Davis, an administrator at the Party’s Intercommunal Youth Institute was severely beaten - to the extent her jaw was broken - by male members.

The beating was ordered by Newton himself, who had recently returned from Cuba, because Regina - a woman who planned children’s activities, scheduled field trips, oversaw the lunch menu, and regularly communicated with parents - had dared to reprimand a brother in the organization. When confronted by Brown about the shocking assault, Newton allegedly responded “(What) do you want me to do about it? The Brothers came to me. I had to give them something...She brought that on herself.”

I thought of Brown’s story over the weekend while watching Marvel's Black Panther, and social media’s reaction to its compelling and horrifically dangerous villain Killmonger. Played by veteran actor Michael B. Jordan, Killmonger’s character (née N’Jdaka, and later named Erik Stevens) is perhaps the most complex villain in the Marvel Comic Universe, which stands at 18 films with the addition of Black Panther. Genius tacticians and cold-blooded killers are a dime a dozen in the MCU, but Jordan’s performance adds layers of wry humour woven taut between fulminating anger and profound childhood trauma. And through that performance, Killmonger utters perhaps the best line in the film, if not the MCU itself: "Bury me in the ocean with my ancestors that jumped from the ships. Because they knew death was better than bondage."

The problem is, in the context of Killmonger's own actions, the exhortation (as well as his goal of global Black revolution) is ultimately empty. And these complicating factors for Killmonger’s streak of wanton violence throughout the film are more than just a story that humanizes him -- they’re a template upon which intra-community violence committed by Black men becomes explained and, too often, excused.

In 1992, where the film begins, Black families across America were still reeling from being torn apart by the carceral state for the 20 years since Nixon announced the War on Drugs. At the same time, Black countries across the planet were experiencing the shock waves of disaster capitalism and regime overthrow by Western governments. Lumumba’s free Congo had become Mobutu’s Zaire; Jamaica was experiencing a rapid inflow of deportees who’d left the country as children and returned as convicted criminals; US-trained Haitian military strongman Raoul Cedras had overthrown the democratically elected Jean-Bertrand Aristide and begun to create a dysfunctional narco-state.

N’Jadaka’s father N’Jobu, a spy for the reclusive African nation of Wakanda, sees the global oppression of Africans and the African-descended, and resolves to use Wakanda’s highly advanced technology to fight the oppressors. He plots with Afrikaaner smuggler Ulysses Klaue to steal Wakanda’s treasured vibranium - a strange and powerful metal forged from the heart of an asteroid - and with it, create weapons strong enough to spread Wakandan imperialism across the planet. But he doesn’t live long enough to see this plan through; after N’Jobu is killed by his brother T’Chaka, it’s N’Jadaka -- after discovering his father’s body in their apartment with claw-marks left behind by T’Chaka’s killing blow -- who must equip Black people across the planet to liberate themselves in armed revolution.

Liberation, whether through arms or through writ, is necessarily a matter of compassion and social equality. In Franz Fanon’s seminal work Wretched of the Earth, the danger of unilateral rule - even by the risen oppressed - is made evidently clear: “Nobody has a monopoly on truth, neither the leader nor the militant. The search for truth in local situations is the responsibility of the community. Some militants have a broader experience...But they should avoid overshadowing the people, for the successful outcome of any decision depends on the conscious, coordinated commitment of the people as a whole. We are all in the same boat.”

By this measure, Killmonger’s mission was doomed to fail, as certainly as Huey P. Newton’s Black Panther Party was doomed to fail the moment he resumed its leadership. For both men, the strength of their liberatory vision was undermined by the weakness entwined in their respective psyches, and in their masculinity.  Killmonger the man is, for all his strength and intellect, a twisted extension of the child left behind by a dead father and the uncle who abandoned him. The audience sees as much in Killmonger’s vision in the “ancestral plane,” where he meets his deceased father, and for the first time, sheds a tear. Newton allegedly killed a woman and pistol-whipped a man for referring to him by a childhood name -- “Baby.”

Past the anger that drives Killmonger is a severe warping of his relationship to Blackness - specifically to Black women. The moment his lover Nightshade becomes a liability, he shoots her dead. He admires a powerful vibranium weapon created by the 16 year old genius Princess Shuri, and less than five minutes later, he stands over a prone and defenseless Shuri - a Black girl who happens to the smartest human being on the planet - ready to execute her for daring to stand up to him. He increases his strength tenfold with Wakanda’s fabled “heart-shaped herb,” and the first time he exercises this strength, it’s to strangle a Black woman elder who tries to impress on him the sacred nature of the plant. In a penultimate fight with the Dora Milaje, Wakanda's all-woman elite guard, he traps one of the Dora and gleefully slices her throat. Killmonger's political ideals are lofty, but they're ideals built atop a willingness to commit violent atrocities to his own family and his own people - even when that violence would do irreparable harm to his own movement.

In a sense, Killmonger’s story is an allegory for a certain generation of Black men, born into communities where fathers were all to often absent, incarcerated, or dead. Each of us knows a boy like N’Jadaka who grew into their own Killmonger, scarred in body, if not psyche, unable to love in healthy ways because they’d either long forgotten or never learned. But these aren’t people equipped to govern movements; often times they’re struggling to govern their own emotions. Killmonger spouts statements about honouring the noble self-sacrifice of his ancestors, and yet he wouldn’t have spared a thought before snuffing the life out of the smartest Black child that ever lived. Because to Killmonger’s thinking, Shuri “brought that on herself.” A broken child grown into a man without mercy for children, who later pleads mercy in the only way he can be comforted: to rest with kin whose lineage likely ended at the bottom of the ocean with them.

Black Panther might just be a film, but there’s enough subtext available to sustain these discussions for years. And one discussion we definitely have time for as a community, is what it means when men we know to be predators occupy positions of power, and we fail their victims because those predators are deemed by the community to be too useful. They’re the men who bring down churches, taint political offices, and ruptured one of the most powerful Black nationalist movements the world has ever seen because the safety of Black women - even those who were pillars of the community - was less important than assuaging the male ego.

N’Jadaka is a fictional character, but Killmonger is real as hell. And I’d definitely take a pass on joining any movement with fans who call him a “revolutionary.” 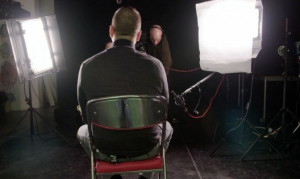 Older Entry SKINHEAD - Getting In Is One Thing, Getting Out Is Hard
Newer Entry PICK: More Than Just A Hair Story 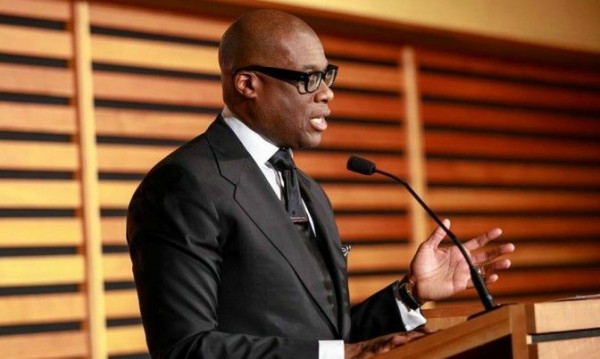 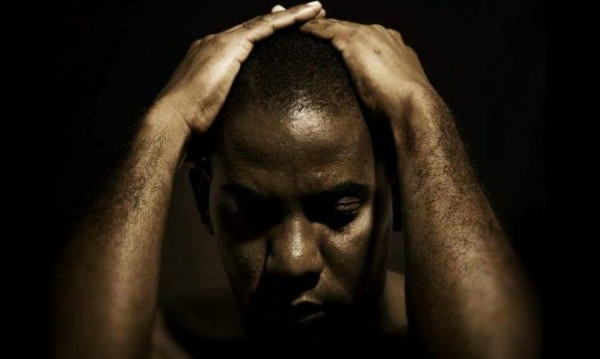 Black Pain - Why Do You Have To See It To Believe It? 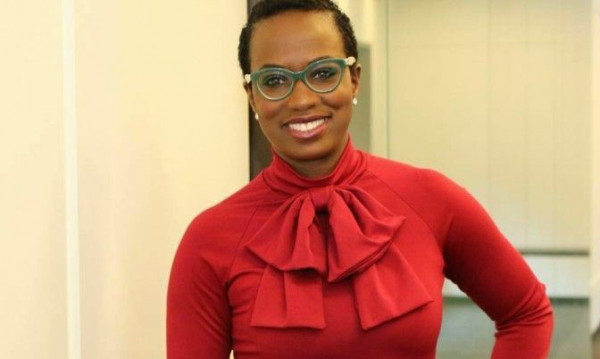