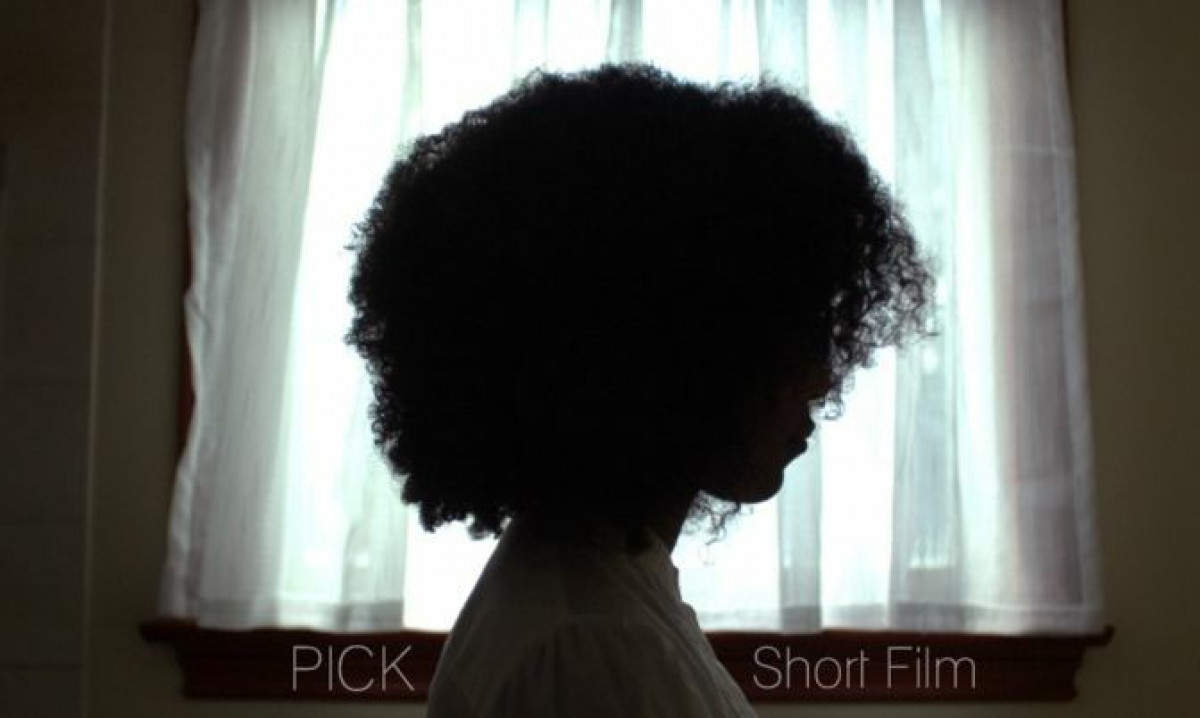 This is the story of a black girl.

As a child, Alicia K. Harris loved telling stories. Her Barbie dolls were her first leading ladies, all of them white with long, beautiful hair. Now a graduate of Ryerson’s film school, Alicia reflects on how something as simple as playing with dolls contributed to a world view she had to un-learn as a filmmaker and as a person. “It was so deeply ingrained in me that I wasn’t even conscious of it. In school, I realized all my favourite movies starred white guys. All my favourite filmmakers were white guys. I was writing characters that I’d seen, but they weren’t characters that reflected me.”

That “it” she refers to is the crossroads of racism and sexism. It’s a space uniquely, and often unconsciously occupied by women of colour, says Alicia. “I didn’t even realize there was a lack of representation of women in film because my program was half women. Again, it was something I wasn’t even conscious of. It wasn’t until I went to a “Women in Film” panel in my third year that it really hit me. Hearing these amazing women in the industry talking about their struggles, that was my awakening to the sexism. From there, I became aware of the racism, and it was like a rug was pulled out from under me. My purpose changed.”

That shift in purpose- to tell stories for black women and other marginalized peoples-  manifested itself into Alicia’s latest venture. PICK is a short film about a young black girl who wears her natural hair to school on picture day. Faced with racism and microaggressions from schoolmates and adults alike, the film culminates with the young girl’s decision on how to wear her hair for her photo. It’s a deeply personal and political story with a very simple premise, and that, Alicia says, was a challenge at times.

“When I tell black women about the film, all I have to say is that it’s about a young girl who wears her afro to school. Right away, they get it, they understand how deep that is. But to explain that to non-black people, it’s more difficult. I needed to elaborate to really make them understand why this is an important story. With this film, I’m hoping to change that, so that more people will understand the struggles that black women go through.” 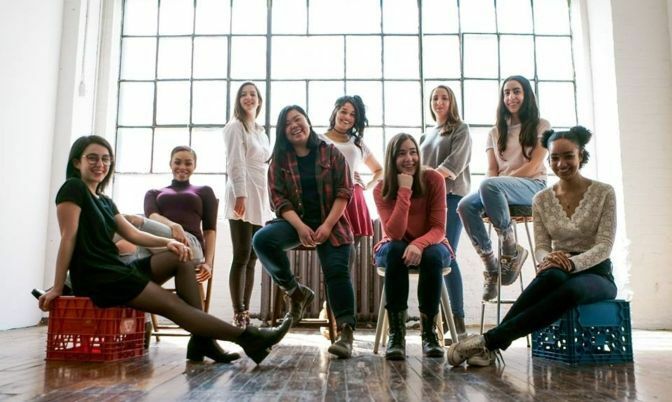 In more ways than one, PICK is the film Alicia has wanted to make since the “Women in Film” panel that opened her eyes. Together with co-producers Venessa Harris and Rebecca Ortiz, Alicia not only created a story that reflected her and her peers, but also an environment in which women like her could flourish. “We set out to have an equal, balanced cast and crew. I made sure our team was comprised of women, women of colour, and black women. We selected people that we wanted to uplift, and they weren’t at all difficult to find. So many people say they support women and marginalized people in film but then they don’t hire us. You can’t just talk the talk, you have to walk the walk.”

The making of a movie is a huge endeavor, and Alicia and the PICK team have been fundraising for two years to finance the 45-person crew, the nine lead actors, the extras, and more. With production expenses covered by the first round of fundraising and sponsorships, PICK has now turned to a Kickstarter crowdfunding campaign to cover post-production expenses. For Alicia, Kickstarter is ideal because it is yet another way to connect to the community, and gives the people who the film was made for a chance to support it. As much as the film is a labour of love, it’s also a professional undertaking, and the creators of PICK want to make sure it is executed as such. “This is a production,” Alicia says, “it’s a job. There are so many elements to pay for. There’s music composition, colour correcting, all the details that will make our film look and feel polished and professional. We want to do this properly, and pay our team for their work, especially because we hired people who don’t always get opportunities like this one.” 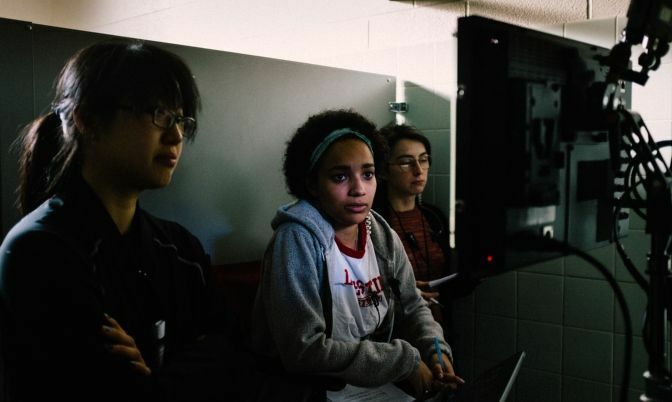 More than anything, PICK is an opportunity for Alicia to give a voice to black women like herself, whose identity and self-worth have too long been tied to their hair. We’ve witnessed the rise of the natural hair movement. We’ve seen black women occupying new spaces in popular culture through pieces such as Beyonce’s Lemonade. We witnessed the normalization of an extremely vulnerable and private moment in a black woman’s life when Viola Davis removed her wig in the first season of How to Get Away With Murder. These are moments that inspired Alicia, but she says that the everyday struggles and trauma experienced by black women, particularly young black girls, go largely unnoticed. “The film is about picture day, and you don’t see the girl’s face until the photo at the end. I made that choice deliberately because I want people to empathize, and figure out how she feels without seeing her. People excuse racism because they don’t get a visible reaction. But as a black woman at work, or in school, you don’t always feel safe voicing what’s inside. I want viewers to feel her discomfort, feel the negativity coming at her, so that after this film, they’ll recognize it in their own lives.” 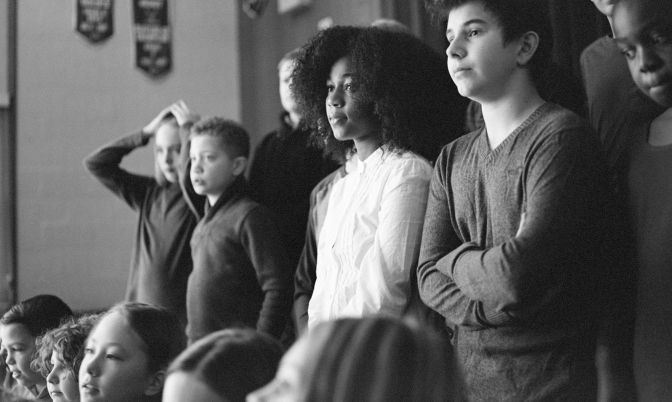 Much of Alicia’s life is mirrored in PICK. She was on her own hair journey during its production, doing her “big chop” at the time of filming. Her own experiences shaped even the smallest details, as she recognized that this was the chance to tell a story that hasn’t been fully explored. “I’m inspired by all the young women who have had a negative perception of their hair from a young age. I played with white barbies with long hair, so I spent a long time thinking that was the only definition of beautiful. We spend our lives being told our natural hair isn’t professional or beautiful, yet everyone wants to talk about it and touch it. I had this film as my refuge, my outlet for all those feelings. So I made sure it could be that for other women.”

The Kickstarter campaign for PICK is in its final days, and Alicia is already thinking ahead to what’s next. She envisions a not-too-distant future where the film is a part of the education system. “I want it to be a teaching tool, a guide against racism and microaggressions. I want to develop a teaching guide and workshop to go along with the film. My focus is on the next generation. They’ll work hard to learn and be aware, and with them, I think we’ll see the most change.” 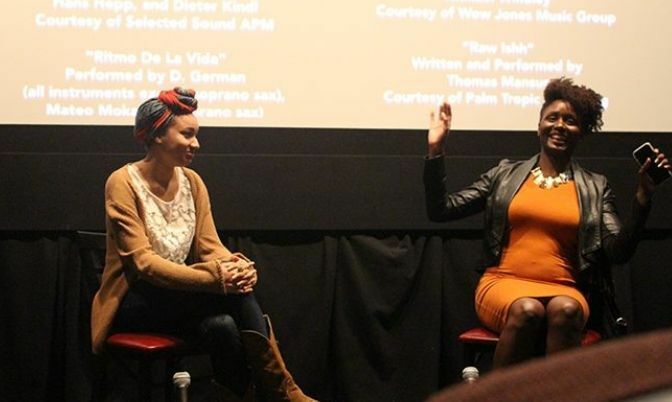 PICK has already made headlines, with features by Essence, Afropunk, and Women and Hollywood. Seeing the recognition and the connections people are already forging with the film has been hugely validating, says Alicia. “When you’re a director doing such a personal story, sometimes it can be lonely. I think ‘this is so me,’ but seeing the reaction to it makes me realize that it’s other people too.”

Older Entry Killmonger is Not a Revolutionary, Man.
Newer Entry Jordan Oram On Being Okay With Not Being Normal 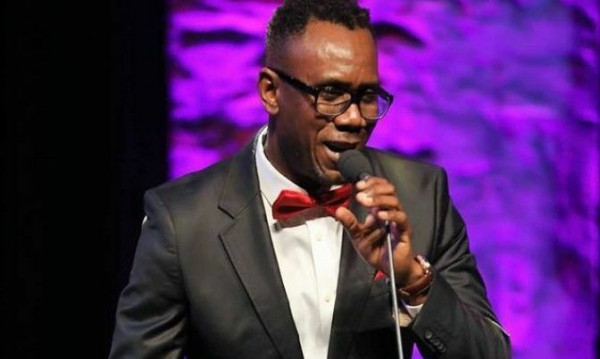 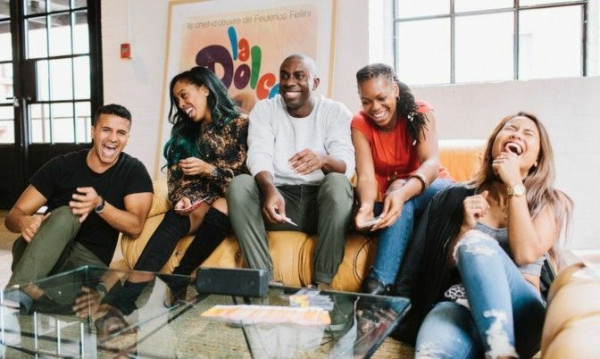