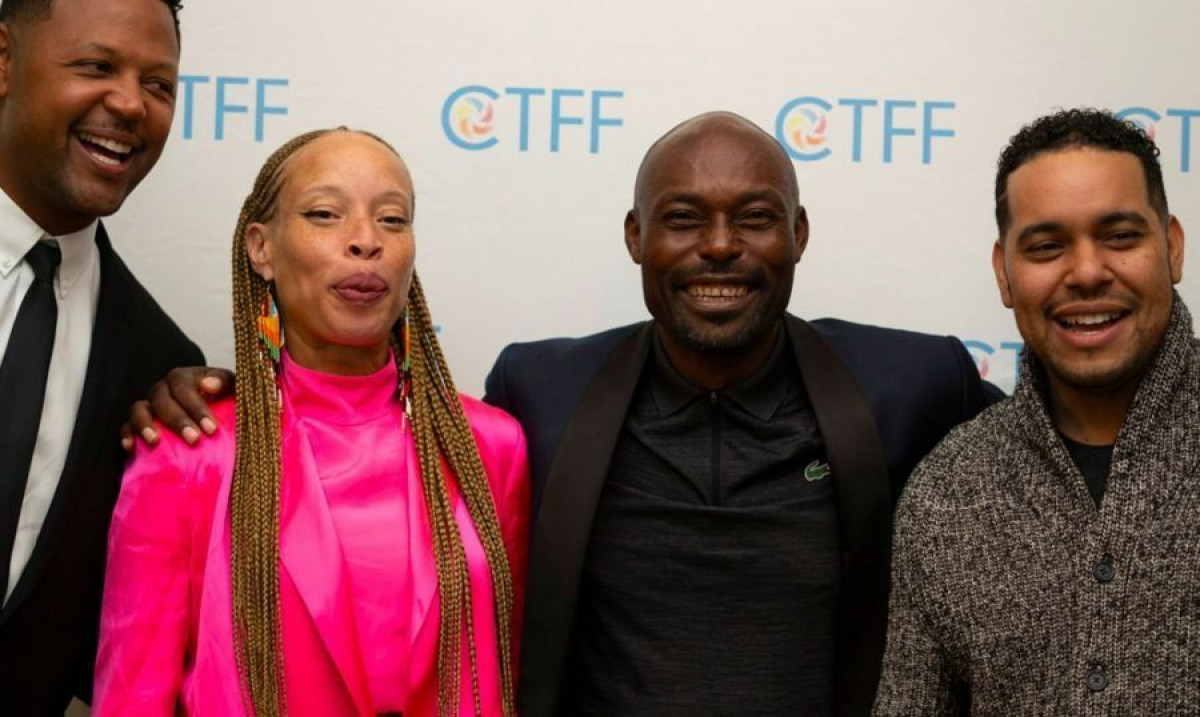 The CaribbeanTales International Film Festival (CTFF) kicked off this past Wednesday, September 4th, 2019 at the Royal Cinema in Toronto. Before the CTFF opening night, I had a chance to catch up with festival Co-Director Diana Webley. Webley shared what she is looking forward to this year at CTFF, and the growth of the festival over the fourteen years since it’s conception.

The theme for CTFF 2019 is “A New Day” representing a new day for ethnic filmmakers to be recognized and celebrated for their contribution to the film industry.

“Last year’s theme for the CTFF was ‘Light It Up’. Approaching 2019, the CTFF team thought where do we go from here? Is there a burnout? Or a phoenix rising? I think the theme “A New Day” expresses what we are trying to do for ethnic filmmakers. Our theme this year is about saying we’re here, look at us now, we’re awakening and have the opportunity to start fresh,” says Webley.

Her first encounter with CTFF was at Harbourfront, in downtown Toronto. A couple of years later, Webley joined the CTFF board of directors as professional development to her budding career. She wanted to support her community through her interests and at the same time have her ear to the ground about what was happening in the film industry. After years of volunteering, the CEO of CaribbeanTales Frances-Anne offered Webley the role of Festival Director, as she focused on her feature-length film HERO.

The vision behind the CTFF is to create a platform for Canadian-Caribbean, International and African diaspora filmmakers to receive exposure and to diversify the voice and perspective of the mainstream Hollywood film industry. The 2019 CTFF includes eight themed nights, of over twenty phenomenal films. “I fought hard to have a Jamaica night last year, and I am ecstatic it is back again this year.  The films featured on Jamaica night, last year and this year display in detail the lived experiences of many Black people. I ask people to stay for the talkback because I don’t want someone to watch a film and leave thinking “this again” and think the festival is not trying to uplift the Black community. That is the contrary, we are trying to evoke change, and in doing so sometimes we have to examine the past,” says Webley.

To all creatives, established or up and coming Webley says her advice is “to work at your craft and don’t ever stop because we need you; to make films, to write, to produce, because that will be the living legacy of the community. If you stop, I don’t know who will be the storytellers. Film is history, continue to work, even though it may get hard, continue to push forward and submit your work, even if you get rejection letters. Don’t let the industry die.”

Submission to the CTFF 2020 opens right after this one ends. Filmmakers can make submissions after September 21st to Filmfreeway.com.

The CaribbeanTales International Film festival runs until September 20th, 2019 at the Royal Cinema, 608 College Street in Toronto. For information about the CTFF and to purchase tickets click here: https://caribbeantalesfestival.com/