By Ann Marie Collymore
Published on Thursday, November 5, 2020 - 20:18
The creative arts sector has stepped in to play a supporting cast to the global discord of our times. People have steadily turned to the arts for a taste of much needed joy—whether it’s via home concerts online or at drive-ins to free showings of plays and events. Filmmaker, photographer and actor Howard J. Davis aka HAUI, understands how during isolation, creative art is one of the things that has kept us sane. The previous ByBlacks People’s Choice Award winner for best film director sees how his work can provide that release. Simultaneously, he gets us to think beyond the obvious and pose difficult questions of ourselves.

Davis’ photos have been published in the likes of Bazaar Magazine, Zoomer and The Globe and Mail and his recent project MixedUp will be premiering on OutTV and OutTVGo on November 11. His latest is a personal documentary with his and various other testimonials about the existence of being ‘other’. It’s a layered, introspective and thought-provoking project that a lot of us may find reflections of ourselves in.

ByBlacks: First off, congratulations on having MixedUp premiere on OutTV.

Howard: Thank you so much.

ByBlacks: Your film MixedUp is described as “a manifesto that collides the wildly diverse elements of being queer, mixed and “different” in a world socialized around the construction of race, gender and orientation.” This in itself is a lot to deconstruct and it tells us a lot about what we can expect from the film. But for you, it’s your personal story, so what did you learn about yourself while creating this film?

Howard: Oh my goodness, that’s a really good question because I think part of this journey was really having a chance to reclaim my own narrative and there’s something that one of my favourite artists’ Kara Walker talks about...do you know Kara Walker?

ByBlacks: No, I’m not familiar with her. Please school me…

Howard: She’s a beautiful artist, filmmaker [and] sculptor and she calls herself an ‘unreliable narrator.’ Which I think is so beautiful because what I learned about myself was my story is worth telling. Just for the hope that it can resonate with one other person that is navigating cohesion. This world is so...unfortunately, we are told to ascribe to certain rules and I think I learned that combating those rules is a necessary thing.

ByBlacks: Without being so convoluted, I think this crosses paths with what you just said about societal rules. I think it’s pretty simple—we are all made as one, but in different shapes, sizes, colours and orientations. Something as simple as the colour of our skin sets us apart in the most tragic and systemic ways. Why do you think it’s such an issue for society to embrace ‘others’ that they deem to be different? Why is being different such a threat?

Howard: I think it’s that innate fear of ‘other’ because we feel dissatisfied with ourselves in some ways. Especially Black exoticism. The Black body has been weaponized for so long because people have in some ways wanted it. They’ve wanted to be ‘other’ and feel like...I don’t want to say it’s like the bully in the schoolyard, but jealousy breeds a lot in people. It’s a really interesting observation of human interaction, you know? We want what we can’t have. So rather than celebrate it, we deem it as ‘different’ or ‘other.’

ByBlacks: Do you think that maybe, especially going back to our history and how it’s actually taught, or not taught—do you think that is a huge component of it too? Others not understanding or not knowing. Usually, it’s fear that causes people to view things within a non-peripheral perspective. If people learned more about Black history, wouldn’t they learn and comprehend more?

Howard: Absolutely. And it’s something that I realized in university because I studied theatre and acting. I had to search out Black history in my studies. It is not easily accessible and I think that that is necessary for all of us. And not just Black history. Pick up a book and put your phone down! (laughs) I’m a culprit of it too! I’m on it a lot. But I have to make a really concerted effort to put it down and pick up literature and history novels. Learning about Black history is obviously about learning all the stuff, but what contemporary works are people reading to be in the dialogue right now rather than from 400 years ago? That’s what defined the Black experience.

I’m a bit of a sucker for Zadie Smith because she is a very influential writer and she speaks so pertinently to the mixed experience and I had to license some of her material for the film, so having that connection with her was really...wait, I’m getting off-topic now…(laughs)

ByBlacks: No, that’s okay! I believe it’s important to speak of the contemporaries as well. There has to be balance, right? We have to understand our past to take action, grasp onto and build upon our future. Are there any other contemporaries that you would like to mention?

Howard: Yeah! I’m a bit of a sucker for Afua Cooper because she’s been such a figure in my learning capacity. I read a lot of her work on the Canadian Black experience. Charmaine Nelson who was at McGill University and recently left that position did a whole study on—and excuse me if I’m misquoting the exact title of the course— but it’s “The Black Experience In Media.” They are just two of many contemporary writers who are speaking to our experience in Canada because we know this experience is so different.

ByBlacks: Growing up in Montreal, I learned about Black history through a Black community association that I attended on the regular and by what I sought out. Otherwise, it obviously wasn’t taught in school unless it was a synopsis of Martin Luther King Jr., Malcolm X...you know, the usual—and they’re all American; while we have a whole rich culture here in Canada that is not even being discussed. Having Black Canadian history taught is important on so many levels. It has to be done.

Howard: Absolutely. I think every person should go to Truro, Nova Scotia. Go to Birchtown to see The Book of Negroes. I feel like every Black Canadian should do that.

ByBlacks: In the film, you have some really talented musical artistry. You have Canadian opera singer Isaiah Bell, singer/songwriter Alex St. Kitts and actor/singer Jeremiah Sparks - Mr. Do It All. How did their involvement and artistry impact the film?

Howard: I can’t even describe their impact in words. I really can’t. Profound. And that doesn’t even touch on the half of it (laughs). I think Jeremiah is, as you said, a man of many skills and I wanted to take this idea of...it was a beautiful song that we sort of rejigged it to do a modern twist. Which was, rather than being “If you’re Black, step back…” it was, “If you’re White, use alright. If you’re Brown, hang around and if you’re Black, never ever step back.” Like, now is the time to really stand in your presence. So we had an opportunity to sort of rewrite some history in this one piece that he’s in. Which was really fun to play with. Obviously, we didn’t want to erase certain histories, but why not change it?

ByBlacks: Your artistry is intrinsic. Your eye for beauty and uniqueness always stands out - whether it’s in your photography, your theatre work or your film work. What fuels your fervour for the arts?

Howard: Oh my goodness...what fuels it...I know this is not a helpful thing to say (laughs), but it’s really undefinable. I guess it’s an innate sort of desire to see transformation. I do feel like quite a lot in our contemporary world, in many artistic forms, this idea of ‘stay in your own lane’ has become a bit of an open threat of ‘do what you know.’ And I love this idea of challenging that. The idea of creating work that’s transformative and can change people. I think that’s a big driving force. And I love to impact one person to also stretch that artistic muscle.

ByBlacks: During this time, many creatives had to shift. It’s really difficult to see some take the stance of, “Well, what are we going to do?” Some are not in the mode to create since there are presently no physical outlets to present their work the way they know how and love to do. How did that shift affect you?

Howard: I think we’re navigating a lack of control during this pandemic. This opportunity for MixedUp was a chance to have agency and autonomy over my artistic voice. To have a chance to share my perspective on the current climate and my position on Black Lives Matter and around societal labels. I say it’s a mixed up manifesto because it’s a bit tongue in cheek (laughs). Obviously, a manifesto is not mixed up, it’s a clear set of rules, but that’s the irony and the humour that I’m trying to evoke. We’re isolated and I just really want to connect to people. Strange times!

ByBlacks: And what projects do you have coming up on the horizon that we can be on the lookout for?

Howard: I’m working on a really cool piece that once I have a bit more info, I can share with everyone. I thought it was a play with music, but I’m calling it a Black opera. It’s about Portia White, who was a Black Scotian figure. It feels like my work and photography, film and theatre—are coming to a nice intersection. And I feel like a Black opera immediately and imaginatively, I go, ‘what could that be?’

I also have an opportunity to fuse art and activism on the horizon, I think in a very profound way. I am one of thirteen cohorts being supported by Black Lives Matter - Toronto Wildseed Black Arts Fellowship. This is a twenty-month residency that will take place in a space to create interdisciplinary collaboration through art and activism.

Lastly, I’m starting to delve into a piece about my great-grandmother who I had been doing a lot of research on and contacting family about. It will be her narrative posed against the Cuban revolution. She fled Cuba with all of her children to Jamaica. I don’t know what form that will take, whether it’s a film piece or theatre piece, who knows. But it will begin to explore narratives around migration and assimilation and why we as humans, feel the need to always travel and move, rather than settling and finding roots.

Like I said, I’m an unreliable narrator. (laughs). It sounds so cliche, but it’s so true.

MixedUp will premiere on OutTV and OutTVGo on November 11, 2020. 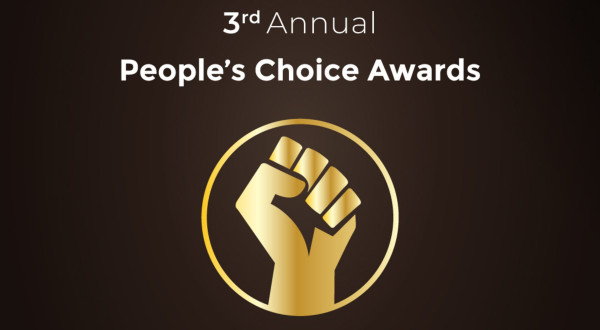