Dayo Ade: Defying Stereotypes While Preparing The Next Generation of Black Actors Featured 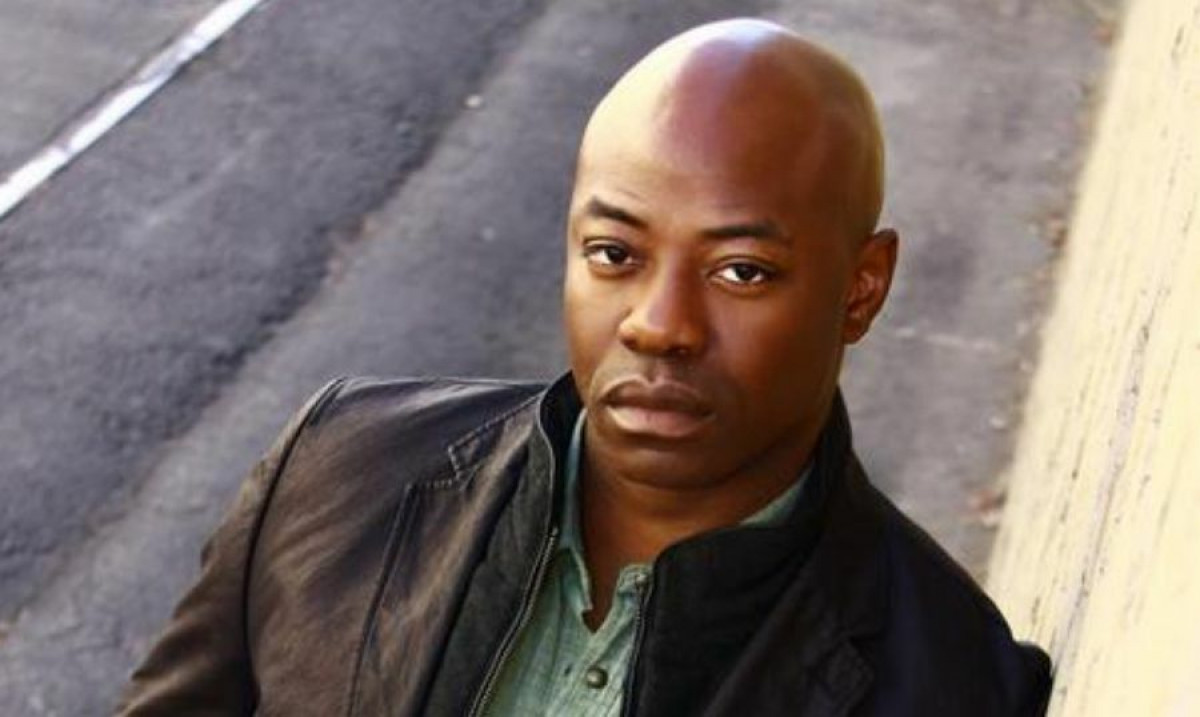 “In the era of digital entertainment, representation on the big screen is important for Black people, I take it as a very serious responsibility to be a voice for up and coming generations,” insists Dayo Ade, an accomplished actor, producer, and writer.

Born in Nigeria, Ade moved to Canada with his parents and two younger sisters when he was just four years old, and then Toronto when he was 10. In his early twenties, Ade moved to Los Angeles to pursue an acting career. Being a veteran for nearly 35 years, Ade has performed in a wide range of roles in 70 films and TV shows. As a child, Ade was passionate about activities that involved athleticism and creativity – or a combination of both. “I played a lot of basketball, football, hockey, and soccer. I also played the saxophone when I was younger,” Ade recalls his childhood. “The eighties had great television and that's where my love for the art really came from,” adds Ade, with special reference paid to classics like The Greatest American Hero, Knight Rider, and 21 Jump Street. Ade has starred in nearly 70 films and TV shows, including serious roles in Toys of Terror, Cracked, and School’s Out!

His first foray into entertainment was at a university event in Calgary when he was just five years old. “I was the only Black kid in my class and we had this little talent show that our teachers put together, recalls Ade. “Us kids were asked to lip-sync a song called ‘Tiny Bubbles’ by Don Ho.” Ade performed this song with his classmates in front of a packed crowd of university students. “It looked very much like a stadium to me, and that was when I knew I wanted to pursue a career in entertainment,” says Ade.

The actor has fond memories of his childhood and encourages parents to raise their kids in Toronto due to its diversity and opportunities. “Colour wasn't as important to me as it was to my parents’ generation and the generations before them, although we still struggled against racism because that’s how North American society is built,” Ade explains. “There's no escaping it, and although a lot of people give America a bad rep for its racial problems, Canada isn’t too far off either.” Ade was determined not to allow racist people from deterring him. “The experience we go through makes us stronger and prepares us for greater things to come,” Ade says, offering a hopeful take on the issue.

At 12 years old, Ade earned his first professional role through the hit TV series Degrassi Junior High. “Degrassi Junior High was a coming of age story about a bunch of junior high school kids going through things and then graduating into high school,” says Ade. “When Degrassi came to an end, most of us on the show didn’t know what we were going to do next and I remember taking on guest roles during a 3 to 4 year period.” During this time, Ade was often asked to play the bad guy, along the lines of a gangster or killer. “This is how they often portray young Black people but I knew I had so much more to offer,” Ade adds.

Despite the terrifying odds, Ade advises Black people to be resolute in their respective journeys. “Don’t take no for an answer and keep going until you get a yes.” Ade strongly believes that the Canadian industry needs to appreciate and protect its artists better. “You can be an actor in Canada doing great work, but until you move to America, you're not considered a superstar,” Ade laments.

Ade decided to move to LA for good but found an ongoing struggle waiting for him. “I was 22 years old, not a kid but not fully mature either, and still discovering who I was,” he says of himself at the time. “I burnt through my money real quick, didn’t know anyone, had no job, no car, and no place to live,” recalls Ade of those first four years. “I didn’t find any acting work because I went about things the wrong way, so it took me much longer to find stability, get back into acting, and start pursuing the kind of roles I liked.”

Ever the philosopher, Ade’s positive outlook on life came in handy during those trying times. “No matter what you're going through, somebody's going through something ten times worse, so be grateful and smile,” recalls Ade adding, “When you want something and you're passionate about it, you'll figure out a way to make it work, so that’s what I did.”

Ade advises anyone looking to start over in a new place to visit the place that they want to move to multiple times to make friends and get to know how that city or country works. “Still,” says Ade, “it's never perfect, but it will be an easier transition.”

Ade enjoys roles that challenge him, and in Los Angeles, he found he was allowed to play a variety of roles beyond stereotypes of the past. His favourite role was for a TV show called Cracked, where Ade played “Leo Beckett”, a compassionate psychiatric nurse. “In Cracked, they had two police officers who teamed up with a psychiatrist and a psychiatric nurse, and there would be an automatic assumption that I was the police officer and that she was the nurse, while in reality, she played the police officer and I played the psychiatric nurse,” explains Ade of his pleasant experience playing against stereotypes. “It was a joy to play a character that was kind and loved to help other people.”

Ade likes drama but also wants to explore his comedic skills. “I’m currently shooting for a comedic role that is opening up my experience to the world of comedy and sitcoms,” Ade says. “As an actor, you have to open yourself to learning and I'm learning more about myself as a person, which is also making me a better artist.”

Ade believes he has a God-given talent to draw people in with his performances. “I'm very authentic in front of the camera and very relatable to the audience so they feel like they know me, my character, or somebody in their life who is like me or my character,” relates Ade. He counts life experience, adequate research on the character and tone of the project, and an actor’s willingness to dig deep into the best and worst of themselves for his unique interpretations of his characters.

He points to his parents, who often worked two or three jobs at any given time, for playing pivotal roles in his upbringing and success, specifically crediting his mom for being very attentive to what he wanted to do at an early age. “I am blessed to have been raised by a beautiful, strong Black woman and have beautiful, strong women as my sisters,” says Ade of the influence of Black women in his life. “When I moved to America, I married a beautiful Black woman who has been extremely supportive in my journey, and though she’s not part of this industry, she loves and supports me for who I am.” He also adds, “my father was also a very strong man.”

Ade believes that art is a universal language, but everyone can have different viewpoints on the same spectrum.

“Art is something that can unify a divided world,” Ade says. “For instance, the last U.S. president was very divisive, but it was art that brought people together to vote him out, and now we have a new president. If there ever was a time to start healing America and the world, this is it. We, artists, have to continue bringing people together with our work. Everyone needs to realize that everything we do now will affect us for years to come.”

Ade now teaches acting at the Art of Acting Studios in Los Angeles and is also involved in an initiative called Open Frame which provides free film training to newcomers in Canada. “My parents came to Canada as immigrants and could have used some expert help on how to get into the industry, but my mom had to figure it out on her own. When I moved to America, I didn't know anybody and I made all the mistakes. So when I do stuff like Open Frame, it's my way of giving back to people who don't have the guidance or the experiences that I have. I also want to try to help other people not to have to make those mistakes.”

Tips to Be a Successful Actor

For starters, Ade advises aspiring artists to find a good acting community, a teacher and a class where they can surround themselves with like-minded people. He also advises them to be prepared for any challenge, including giving up a certain amount of privacy. “An artist’s life is hard and unpredictable. If you are not doing this because you love it, it is going to be difficult. Besides, we don't know when our next paycheck is coming. We don't know what next job we have to take.”

Ade adds that people should be willing to do roles other than acting. “Not all of us are meant to be actors. Everybody contributes differently. You may think you want to be an actor and end up becoming a writer or a producer or working the camera or doing lighting. Don't narrow the path of success for yourself, if you want to be a part of this industry.”

Ade’s next big goal is to work on his producing and writing skills. He is working on his first short film. He has always been fascinated by writers and believes that they don't get enough credit for their work. “Writers start with nothing but a blank paper and a pen and they create art,” he says, expressing his appreciation.

Ade’s final advice to his fans, “You never know when I'm going to pop up next so make sure to keep an eye out!” 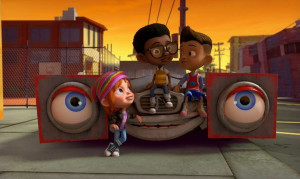 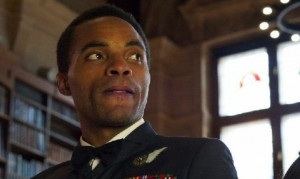