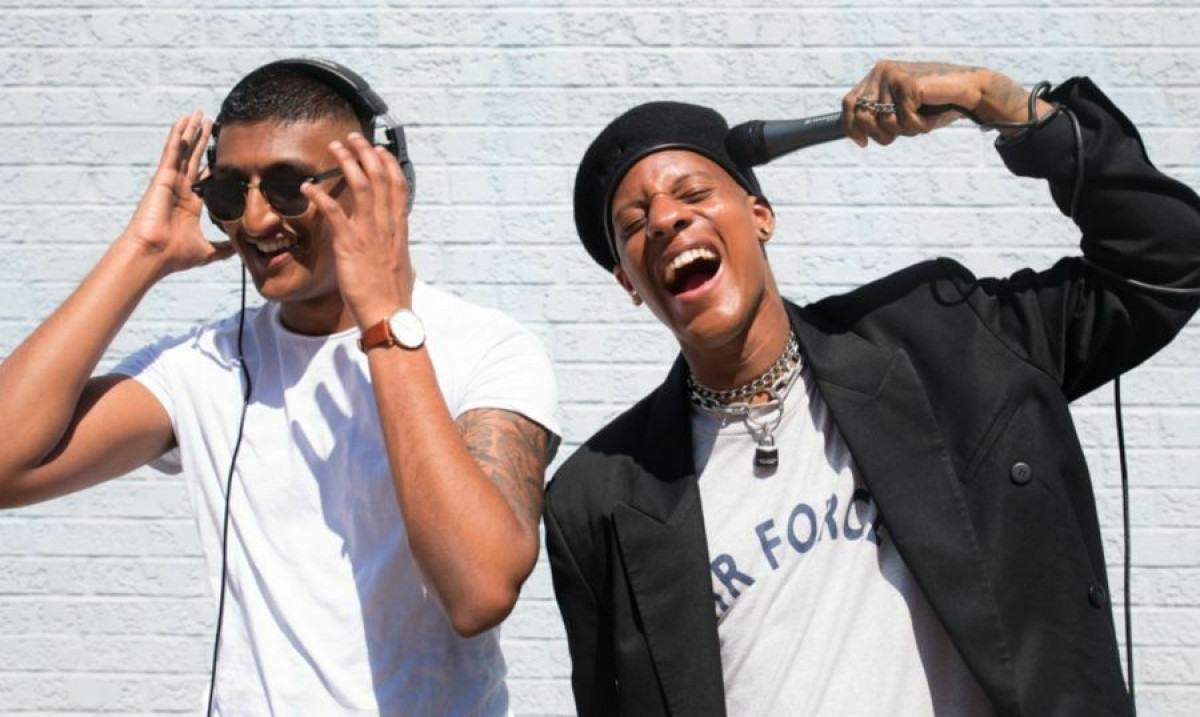 Over a decade ago a young Just John could be seen sitting on the bleachers with his parents about to take in a soccer match starring his two older brothers; soccer phenoms in their own right. While sitting on the sidelines he played his retro walkman with the following albums in rotation: Snoop Dogg’s Blue Carpet Treatment, K-os’ Joyful Rebellion, Black Eyed Peas’ Elephunk and a bunch of other random records.

The vibes that blasted through his headphones were infectious. His own personal soccer dreams would take a back seat to the artist growing inside. It was only a matter of time before a young Just John would lyrically be on the same level as the iconic artists he grew to love during those times on the bleachers.

If you’ve never heard of Toronto’s newest hip hop sensation Just John x Dom Dias no one would blame you. Their rise to notoriety in one of the major global epicentres of urban music happened faster than anyone could have expected. Fast enough for their single SoundBoi to become the Toronto Raptors official 2019 NBA Playoff anthem. Fast enough for them to drop not one, not two, but three EPs in the last 12 months. The EP's Don I, Don II and Don III put Just John x Dom Dias on the map and the duo is now a known commodity in the rap game not just locally in Toronto but across the country.

The spotlight is nothing new for John. The Scarborough native always had a knack for creative expression through the arts. Coming up in the DIY art scene in Toronto, John launched and became the CEO of Blank Canvas. It was an initiative that provided platforms for marginalized artists through art programs, music showcases, poetry events, panels, workshops and more. After experiencing success with the project for several years John handed off the leadership role for Blank Canvas and began spending more time taking his music to the next level. Shortly after that, he was approached by producer/DJ Dom Dias in 2017 and that’s when things started to come together quickly.

“[Dom] literally hit me up through Instagram”, details Just John. “I had dropped an EP in 2017 called the Black Beret. After listening to it, he got in contact with me. That started a whole new era for me as an artist. The first track we made was Soundboi. I still remember that beat. That beat was crazy. Meeting Dom felt like an answer to my prayers. I was looking for a producer that could understand my world but challenge me to be a better artist.”

According to Just John, the creative duo’s ascension and growth musically can be identified by listening to all three of their EPs in the direct order of release. Where Don I was the starting point, Just John considers Don III to be their best work to date and the official introduction into their world as artists.

“Don III is really a project where me and Dom have really come into our sound. It’s a much fuller piece of work. A six-track project where we are really pulling our influences and vibrations together. It really represents the energy we were going through in the past. There’s a lot of layers in terms of the lyrical performance by myself. Dom creates this sonic heavy bass and distortion of bass as well as hi-hats and use of different sounds. In the track Wild he uses an elephant trunk sound. In Heatstroke I pay homage to my roots in Jamaica. My dad can be heard on the track saying ‘Yes John! Yes Jojn! More Fire! More Fire!’ Ultimately Don III feels more actualized to the sound we’re pushing.”

And it's a sound not like any other urban music you’ll hear coming out of Toronto’s hip hop scene right now. The uniqueness of Just John x Dom Dias’ delivery has an edgy flavour that appeals to no one specific ethnic group. Their audience is as diverse as the individual production of their tracks. The creative process behind the scenes is what engineers the Just John x Dom Dias brand.

There doesn’t seem to be any creative limits to the levels Just John x Dom Dias strive to achieve. Collaborations with artists in Toronto and overseas are in the works as well as a trip to Paris later this year to network within the music industry. All 3 EPs can be found on the major music streaming services and the duo is set to perform at this year’s NXNE Festival in Toronto. 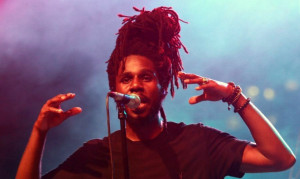 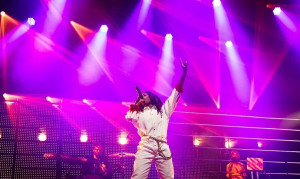