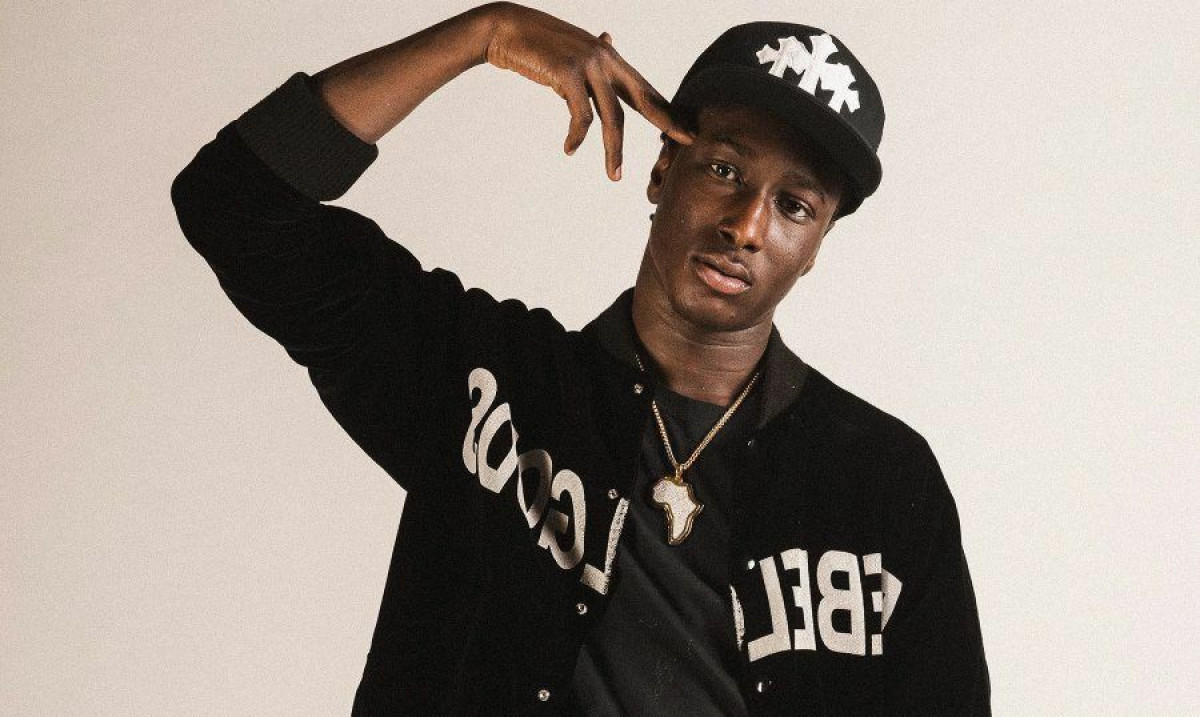 For as long as Canada has been hiding its acts of criminality under the mask of multiculturalism, Black voices carried over ancestral drums have been calling out the ugly realities of anti-Black racism.

Although Black Canadian musicians have been addressing racism for generations, those in the rap scene have only begun making their positions known since the early 80s. Up until very recently, the Canadian music industry has done its best to muffle those cries with underpromotion, underfunding and a general disinterest in its Black music scene. This element of a sub-cultural youth movement (Hip-Hop), created by racialized and socioeconomically marginalized communities in the U.S., also became a poetic artform for Canadian youth to address their own inequities. In 2021, what is the state of Black Canada being reflected in rap music and does it represent the reality of over 1.2 million Black people who call Canada home? I sat down with Remi Louis Harris, Nigerian-Canadian music manager and hip-hop journalist, to discuss the crucial topics taken on by today’s Black Canadian rap artists.

As previously mentioned, we can not talk about rap without mentioning the genius of African-American youth who have continually added to the genre for 44 years. Their voices became an inspiration to Black-Canadian youth by becoming an outlet for their identity. Canada has often been "no place to imagine Blackness within" through its centuries as a breeding ground for Black subjugation under the showmanship of multiculturalism.

Robyn Maynard, Black feminist activist/educator and author of  Policing Black Lives: State Violence in Canada from Slavery to the Present, wrote "Economic, social and political subjugation remains a definitive facet of Black life in Canada. This reality is too frequently hindered invisible by the rhetoric of Canada as a welcoming mosaic..." (51).

The Godfather of Canadian Hip-Hop, Maestro Fresh Wes, echoes this in Nothin' At All when he states, "Canada I'm watching it decay every day" and "...hate penetrates multiculturalism." Canada's branding can make Black Canadian life isolating since we've been systemically brushed aside and our true histories in this nation erased. African-American rap has become a mode of both escapism and representation, and due to the muddled lines between American media imperialism and African-American appropriation and inspiration, Black Canada has taken much of Black America's culture as their own. With the exclusion of  Black-Canadians (Black Nova Scotians, African-American Albertans, etc.), whose heritage stems from an African-American tradition, the issue of appropriation cannot be taken out of the equation.

Harris disagrees that Black Canada can appropriate Black America. "I mean, technically Black Canadians and Black Americans have the same forefathers so it wouldn't really be appropriating culture,” says Harris. “It would just be us living our culture.”

In this culture, however, there is silence when talking about how rap is rooted in the contradiction of theatrics and realness. Not every rapper lives what they portray in their music. Instead, many transform themselves into the one-dimensional gangster trope for commercial success. They remove their complex identities and choose to glorify what's been fed to them by North-American pop culture.

Black-Canadian academic and writer Rinaldo Walcott states, "...[rap] is at the in-between position of real and the not real...(269)." The "commercialization of gangster rap" has helped push this identity of the gangster fantasy on Black-Canadians. Economic instability is a sad reality in Black Canada, and this gangster fantasy can be a mode of escapism for some. "I think it's just what sells for whatever reason," Harris says. "I don't know why. I can't tell you why, but it's really all about what sells and what's hot in the streets, so that's what they get on the screen and appropriate."

The nature of this cliche is changing in the nation due to rappers like Toronto's Lil Berete and Calgary's Mainciaga offering a more profound look at the harmful effects of being in that world. Lil Berete sings, "Takin' these drugs won't help my pain, I'm hurtin'..." in War Ready. In, I Know, Mainciaga sings, "I know if I just stay in the streets Imma die fast or just locked the devil still deceiving me." Moving away from the stereotype allows for an examination of Black mental health and the dangerous routes some of us are willing to change our situation. Even Harris agrees that Lil Berete is different. "He's dope," Harris says.

Canada, like the rest of the world, has a history of degrading women. As a window into society, it makes sense that rap would also be no stranger to misogyny. Even though Lil Berete is changing the scope of Hip Hop realism, he still has lyrics like, "Bought a new b*tch, I love the skirt." Most of the time, a woman's role is to be a sensual dancer in the background of Canadian rap videos. Toronto-based rapper Top 5 can be seen continually smacking a woman's butt while she dances in his music video for 2 Cases.

However, Black women in the rap sphere have been flipping the narrative and taking ownership over their sexuality by rapping with the same level of raunchiness as their Black male counterparts. Many see this as women's empowerment. Others are outraged by what they perceive as jarring lyrics proclaiming a woman’s enjoyment of sex, often accusing the artists of promoting the racist stereotype linking Black women to hypersexuality. Toronto's own Goldie London raps, "P*ssy so wet make a n*gga drown (splash)" in Juice. Also, Vancouver-based Black-British artist Temia raps, "Get in my thighs. You tryna f*ck but I'm tryna ride. N*ggas is brave, don't f*ck up my prize. Stay in your place n*gga…" in Honey Trappin. Female sexual confidence is being exuded more in Black Canada. Black women support Goldie London, Temia, and more Black women rappers like her.

"I guess they have the right to do whatever they want to do with their body and if that's what sells, that’s what sells,” Harris says. “It's just kind of repetitive, which makes people like Haviah Mighty a breath of fresh air because she doesn't have to sell sex to develop a fan base; she just sells talent.”

Haviah Mighty is a highly acclaimed Polaris Prize winner, praised by Rolling Stone Magazine for her 2021 song Obeah. Mighty's music covers various topics of the Black experience; one of her most notable songs, Thirteen, speaks on American slavery, America's 13th amendment its effects on Black people. She even mentions the "the Moors" and "Indigenous Blacks" that taught white people in the earlier centuries. "Man, we got so much work to do," is the last line of her song, and an acceptance of this history as her own and a willingness to continue the work of advancing Black people. Like Mighty, many Black-Canadians take Black America's struggle as their own and have established a connection to their Black power. "I can't even say that I've seen Black power if I'm completely honest...a lot of ignorance is what I see," says Harris. He goes on to mention his own Quebecois artist Patrik, Punjabi-Canadian AR Paisley and Toronto's Tobi. "There are very few preaching positivity within their songs."

So, based on the state of Black Canadian rap, what can be said of the State of Black Canada? Much of our struggle is hidden by Canadian history and Canada’s desire to protect its reputation as a polite, diplomatic, multicultural nation. As a result, we find a lot of our identity elsewhere, particularly in America. "Black America is influential worldwide,” says Harris. “They dictate pop culture and the biggest thing in pop culture right now is hip hop, which is dictated by Americans...so it all boils down to that." It seems that U.S. media imperialism has filled the void of Black representation in Canada; a void which Canada refuses to acknowledge exists. As a result, Black Canadians mirror African-Americans and, in a way, become an extension of our Southern cousins. Ultimately, that one-way bond will probably not weaken anytime soon.

Haviah Mighty got it right...we got so much work to do. 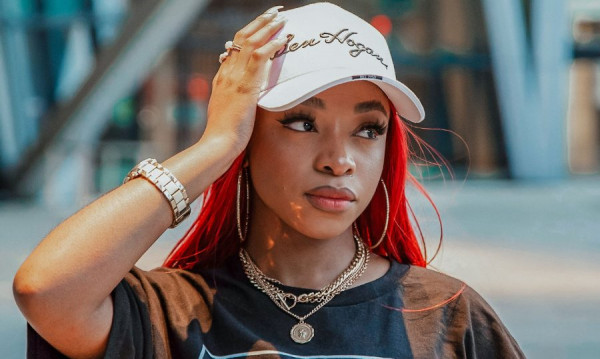