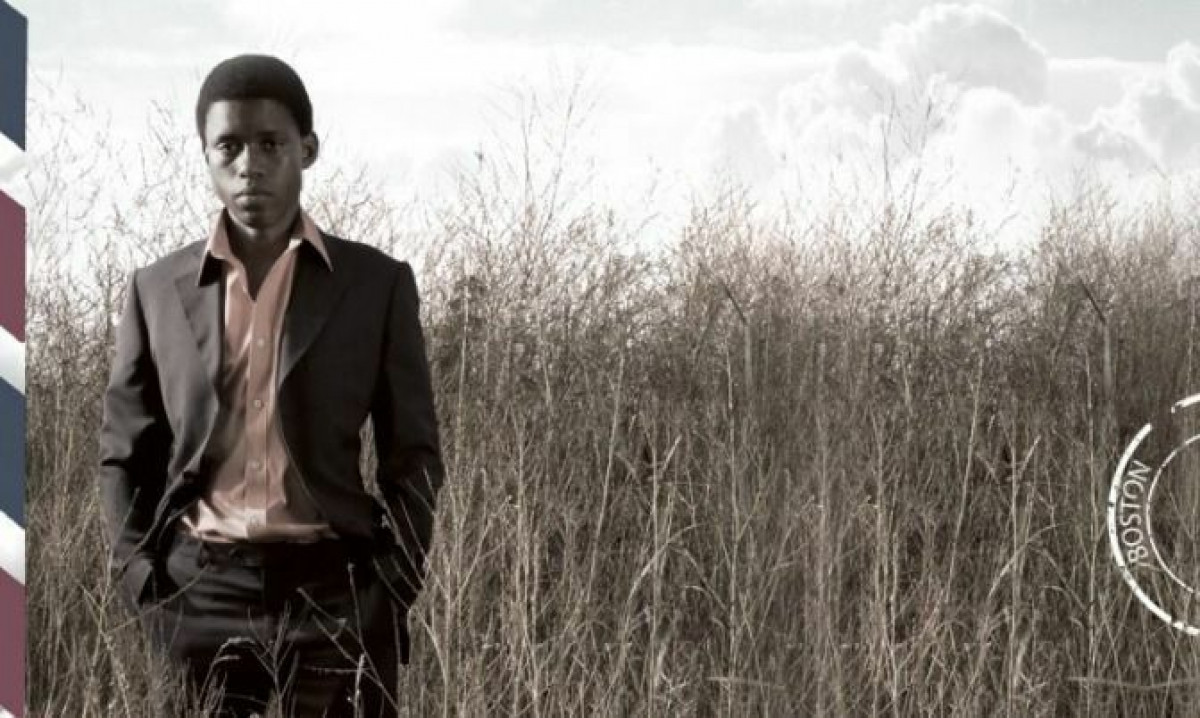 The Space Between is the remount of a 2013 stage play by a young Canadian artist named Simeon Taole.

The story is described as "a coming of age meditation on young love through a historical and cross cultural lens. A young boy in South Africa longs to reunite with his childhood sweetheart in Canada before the space between them separates them forever. Inspired by actual events, this engaging story incorporates video projection and original music in a deeply moving, humorous, and historical show." We spoke to the playwright, who by the way, has just won best short film (Everything changes) at the San Diego Black Fim festival.

The show is inspired by real events, can you tell us what happened?

The show follows a young boy from South Africa who meets and falls in love with a young American girl when his family spends a year abroad. On his family’s return home, he struggles to readjust to life in apartheid South Africa and to accept ‘the space between’ them. The cultural differences and racial division of the historical period inform the play but, it is more a story about the innocence of childhood love and the long journey to the children’s reunion as adults in Toronto. The play is semi-autobiographical and draws upon my experience living in both countries. Ultimately, I believe the themes are universal.

How difficult was it for you, emotionally, to turn your life experience into a show for everyone to see? Were there ever moments when you had second thoughts about it?

I wrote the play with the benefit of some distance from the events in the story. I would not say it was difficult for me to share the story or that I had second thoughts but I will say that I felt extremely vulnerable. As an artist, I think embracing the vulnerability was always the challenge but that really excited me. I wanted to tell an authentic story that was my own and also engage with others through that process.

The childhood sweetheart... are you still in touch with her today?

This is a great question that is best answered through the experience of the play. One of the things I loved about the story was the multiple interpretations of it that emerged. I wanted to bring the audience on a journey and have them take the last few steps. If you really want to know the answer, I’ll say come see the show and then we’ll talk!

Let's talk about you, how long have you been writing?

I have been writing since I was a child in South Africa. In elementary school I started a school newspaper on my own. It was less a serious journalistic publication and more a compilation of fictional articles that I wrote each week incorporating my fellow students in the news stories. The paper became quite popular and I soon found myself taking requests. I also enjoyed writing short stories and poetry and even won a national writing contest with a poem called The Mob, about a young boy reflecting on apartheid violence. In my adolescent years, my love of film grew and my focus switched primarily to writing short screenplays. I would later go on to take screenwriting classes at the University of British Columbia and Vancouver Film School.

The Space Between is my first stage play and it came to me at a point in my career when I fully appreciated how important it was for me to create my own content. I wanted to see myself represented on stage and on screen and I realized I had some ability to try to make that happen.

Tell us about the moment you realized that writing was your calling?

I don’t know if I ever consciously thought of writing as my calling. It’s simply something I have always done, largely in private. I began keeping a journal in university and that was really my main outlet for writing. I spent many years searching for a story to tell and eventually realized my own story was the best place to start.

If you were not a playwright, what would you be doing?

I am a storyteller at heart – a playwright, director, performer, composer and filmmaker. The Space Between is a perfect representation of me as an artist, as is my short film Everything Changes which just won “Best Short Film” at the 2016 San Diego Black Film Festival. I think I will always look to find ways to tell stories and help others tell their own stories. I founded CINEMATOSCAPE, a multi-disciplinary arts company that allows me to work in this capacity.

You first debuted this play a few years ago in 2013, have you made any changes to it?

The text of the play is largely unchanged from the 2013 run. In fact, I am currently having the play published and really looking forward to others having the opportunity to read the play on their own as well. The remount of the play will however be quite different in terms of the scale of the production and its design. The video projection and sound design elements have been expanded, there is an updated set, and we have an entirely new lighting design.

Additionally, we have created expanded programming around the play. We have included a focus on education where we have added several Talk Backs after the show to answer audience questions and we have created a study guide for student/youth groups who attend the show. After our limited run in 2013, we discovered that audiences had a lot of wonderful questions about the play and, specifically, South Africa, and so we have added an opportunity for this dialogue.

We are also quite excited to promote tourism to South Africa and, thanks to our amazing sponsor South African Airways, we are able to run a contest where one audience member can win a trip to South Africa. In order to enter the contest, you need to attend the show and obtain an entry ballot in the playbill. There will be one entry ballot supplied with every playbill at every show.

You've been asking people to share their stories of how they've experienced "distance" and "space". What kind of responses are you getting?

Thank you for asking about this as we are really excited about this community engagement portion of our extended programming. CINEMATOSCAPE is co-presenting The Space Between with North York Arts. We feel that our purpose in creating theatre is to bring people together in a physical space and engage them, allowing them to reflect on lives similar to their own or giving them a window into lives that are vastly different.

We believe people experience ‘the space between’ in many different ways and most will have a story to share – their own story of “distance” and “space” and its impact. We want to open a conversation about this and have encouraged people to SHARE YOUR STORY. We have already recorded video interviews and have been accumulating written stories submitted online at our site thespacebetweenproject.com.

We have had some amazing responses thus far from Canada and South Africa and we would like to continue to encourage people everywhere to share their stories online. It is truly amazing how connected we all are when you take the time to listen to people’s stories. We are hoping to share a selection of these stories following our show on Tuesday March 1st at 8pm.

The Space Between plays at Aki Studio, Daniels Spectrum from Feb 26 - Mar 6 and at Toronto Centre for the Arts from Mar 17 - Mar 18. 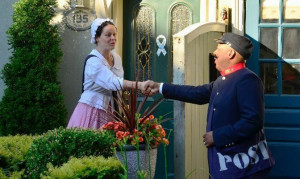 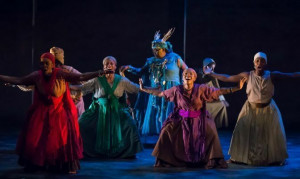