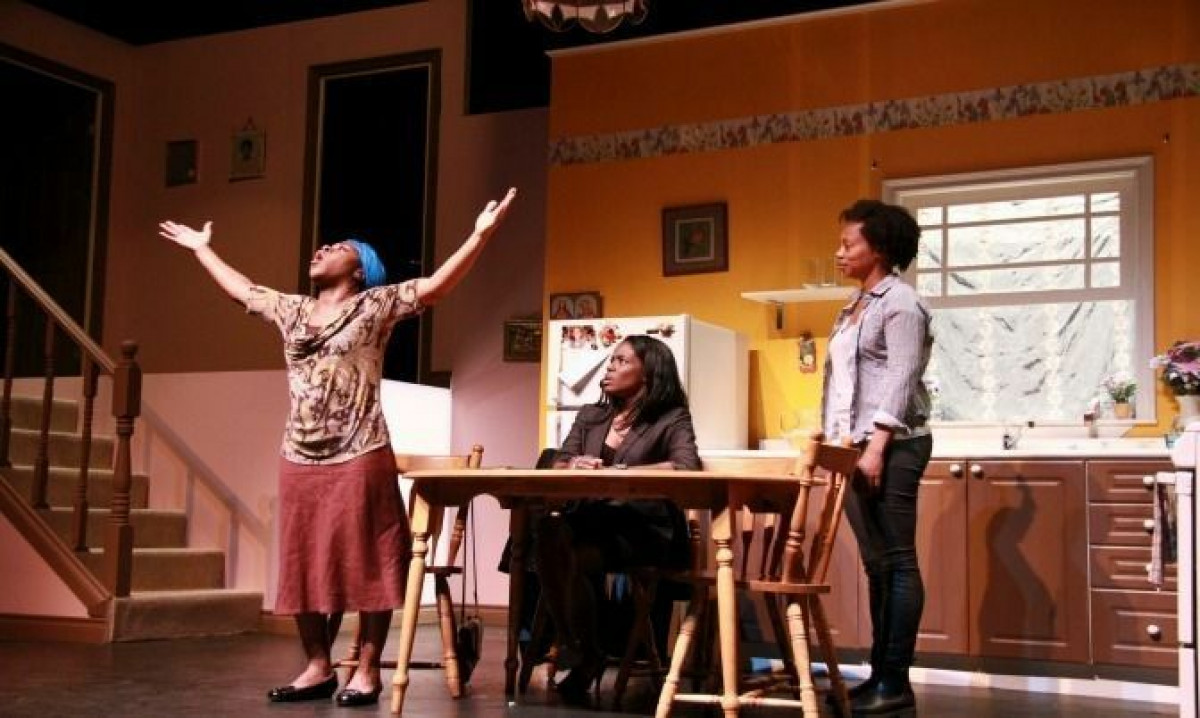 Trey Anthony has made a stunning directorial debut in How Black Mothers Say I Love You, her latest work since da’ kink in my hair.

The play is semi-autobiographical. It centres around a Jamaican mother who left her two daughters behind for six years to make a better life for them in Canada. Trey’s own mother did the same, leaving her in England while she came to Canada.

It is an experience many Caribbean Canadian people endured since so many mothers took advantage of Canada's “domestic” immigration program in the 60s where they could gain entry into Canada as domestic servants. The only problem is their kids couldn't come along.

The play starts with this painful goodbye then skips ahead to the present day when both daughters are in their 30s and their mother is dying of cancer.

The eldest daughter Claudette (played by Robinne Fanfair) has the most trouble forgiving her mother for leaving. She also has great difficulty seeing her mother's love because, like many Caribbean moms, she can't say those 3 magic words.

It is the younger sister Valerie (played by Allison Edwards) who has to take charge and force Claudette to take a good look in the mirror. She pushes her to see past her own pain and appreciate what their mother has done for them.

From the sisterly giggles and teasing to the painful confrontations every sibling has lived through, the relationship between the two sisters is incredibly acted. These two are completely believable. Watching them on stage during the tender moments, I could easily see women wishing they had that kind of closeness with their own sibling. And during the harsh moments, the audience saw their own dysfunction played out on stage. Trey Anthony’s masterful directing also contributes to the authenticity of the sister relationship.

Trey Anthony has captured the quintessential Caribbean mother in the character of Daphne (played by Ordena Stephens). From the disapproval of her daughter's natural hair to her militant authority when it comes to ending any argument with the dusting of her hands and “that's that”. Ordena Stephens plays this role with such depth and honesty. The audience is drawn in to empathize with her character even if they disagree with her choices.

Once you sit down and took a look at the stage you are transported back to your own mom’s kitchen. Kudos to the set designer, Rachel Forbes. With the “last supper” painting on the wall, the Caribbean flag decal, the biblical quotes in frames and the white Jesus and Mary portraits. Almost anyone who grew up in a Caribbean household can relate.

The play is the perfect mother-daughter date. It may help you tell your mom some things that you were too afraid to express. And it will most definitely open your eyes to a whole new understanding of what your own mother went through and all the different ways, ways you may have ignored, that she demonstrated her love.

The play is an emotional rollercoaster so prepare to be moved. There is one particular mother-daughter scene that rocked the audience and sobs could be heard all around from men and women alike.

No surprise there was a standing ovation at the end. This is Trey's best work yet. It is hard to imagine any work topping da ‘Kink. But this is not to be missed.

How Black Mothers Say I Love You is also a successful short film documentary release and recently received a positive screening at the 2016 Toronto Black Film Festival – talk and Master Class with Trey Anthony. Watch the trailer. 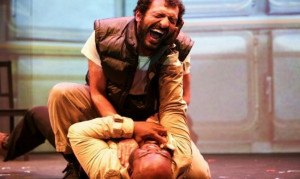 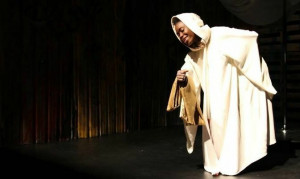