Spotlight On Black Works at The 39th Rhubarb Festival Featured 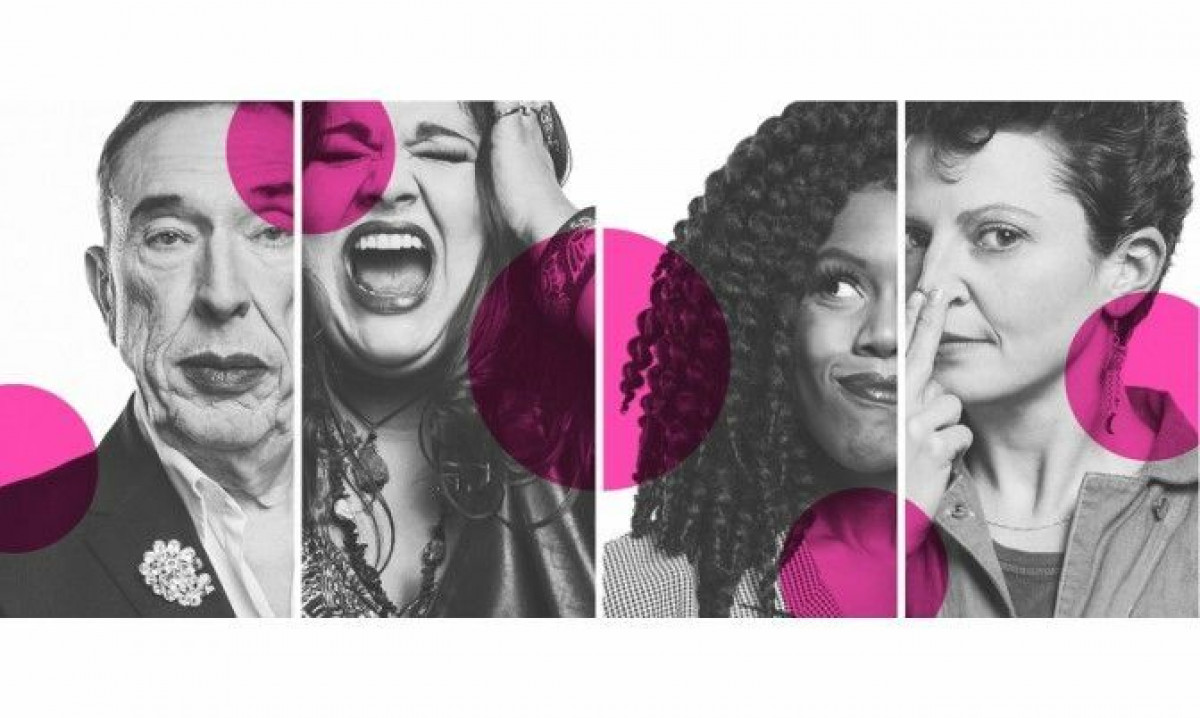 It's known as the "wildest theatre fest in town" - The Rhubarb Festival is back for its 39th year from Feb 14-25.

It's also Canada's longest-running new works festival. Held by Buddies in Bad Times Theatre, Rhubarb transforms Buddies into a hotbed of experimentation, with artists exploring new possibilities in theatre, dance, music, and performance art. Here at ByBlacks, we're putting the spotlight on black artists being featured at the festival this year.

RANDOM CLOSENESS
Alek and Dayna fall for each other quickly, only to find that it isn’t always easy to keep politics out of the bedroom. Their relationship challenges the notion of the universal Black experience.

CEREMONY
A choreographic investigation of the moments when words are not enough, Ceremony contrasts the burgeoning love of a young couple with the life-long relationship of an elderly couple.

SHADES
Choreographer Esie Mensah tackles our insecurities and truths around the subject of shadeism through theatre and dance.

The Rhubarb Festival has a strict no review policy but ByBlacks.com caught up with Teneile Warren, one of the playwrights being featured to talk a bit about her work, Random Closeness, and what we can expect. One thing to note about the festival is that you always get to see more than one show (often 3 or 4) in one night, and no two nights of Rhubarb are ever alike.

Getting into the Rhubarb Festival, it's a pretty big deal right? Tell us a bit about what this means for you.

To me Rhubarb means inclusion, affirmation and community. This is the oldest theatre festival in Canada and there are so many stories that need telling, but mine was selected. It sends a very important message to my self-critic that you’re going in the right direction with this.

This is your first play on a main stage, what have you gone through to get to this point?

I have been working on this play since 2014. There is this myth that plays are written and staged immediately, that simply isn't true. My growth in life and love has changed the characters and the story. I started writing the piece in the Obsidian Playwright's Unit. There I explored the racial challenges in the play more. In my Buddies residency, I was able to explore Black queer sexuality and racial identity, and how burdening that can be.

What makes Rhubarb special for me is it being a place for exploration. Random Closeness is by no means a finished work. I will feel it when it is and I know the Rhubarb audience will inform the next stage of the process.

Without giving too much away, tell us what Random Closeness is about.

Random Closeness is a complex and fast-paced love story between two Black women- a Canadian and a Jamaican immigrant.  We get to see how cultural differences play out in their relationship.

How did you decide on the title?

Alek and Dayna, the two characters, their love story is happenstance. The relationship shouldn't work but it does. The closeness is instant and that's almost as common as a shooting star.

Safe to say this play is about love + politics, did you draw on any of your own experiences to write this story?

I drew a lot on personal experiences since I have been in Canada to create these characters. There is a lot of exoticism of dark-skinned Blackness and I have experienced so much of that. The rules of North American dating and 'wokeness', and how that plays out are so different in Jamaica. Black North Americans tend to throw that at Black immigrants as some type of Black identity to aspire to. I really wanted to explore that when I started working on this play.

Do you think it's even possible (or necessary) to keep politics out of the bedroom?

I don't know if it is. Sex is political. I think the bedroom should be a space where politics should be absent but our bodies are inherently politicized, especially Black bodies. From body image issues, to what type of sex, our desires and our personal politics often intersect.

Can you talk about some of the other exciting projects you're working on?

I am always writing but I am not always sharing that work. For confidentiality reasons, I cannot say much about some of the projects I am working on. But, I am focused on the immigrant experience right now. I am working on a TV pilot that explores the live of three illegal immigrants trying to survive in Toronto. The honesty I am striving for is exciting to me.

I am just trying to put more people like me on screen and stage. So, I just keep writing.

Click here to buy tickets for the Rhubarb Festival, which runs from Feb 14 - 25.

Buddies in Bad Times is also doing a remount of Black Boys from Feb 28 - Mar 11. It premiered in 2016 to packed houses, critical acclaim, and a Dora-Award nomination for best ensemble.

A raw, intimate, and timely exploration of queer male Blackness. Black Boys is created from the lives of three people seeking a deeper understanding of themselves, of each other, and of how they encounter the world. As they explore their unique identities on stage, they subvert the ways in which gender, sexuality, and race are performed. Theatrical and intimate, Black Boys weaves together the ensemble’s own personal stories in search of an integrated self and a radical imagination.

Older Entry [Review] 'Calpurnia' Flips A Classic To Leave Audiences Talking Long After The Curtain Falls
Newer Entry The Little Spaces That Could: How Independent Theatre Companies Are Building Community