Black Broadcasters Give Back With Ryerson Award 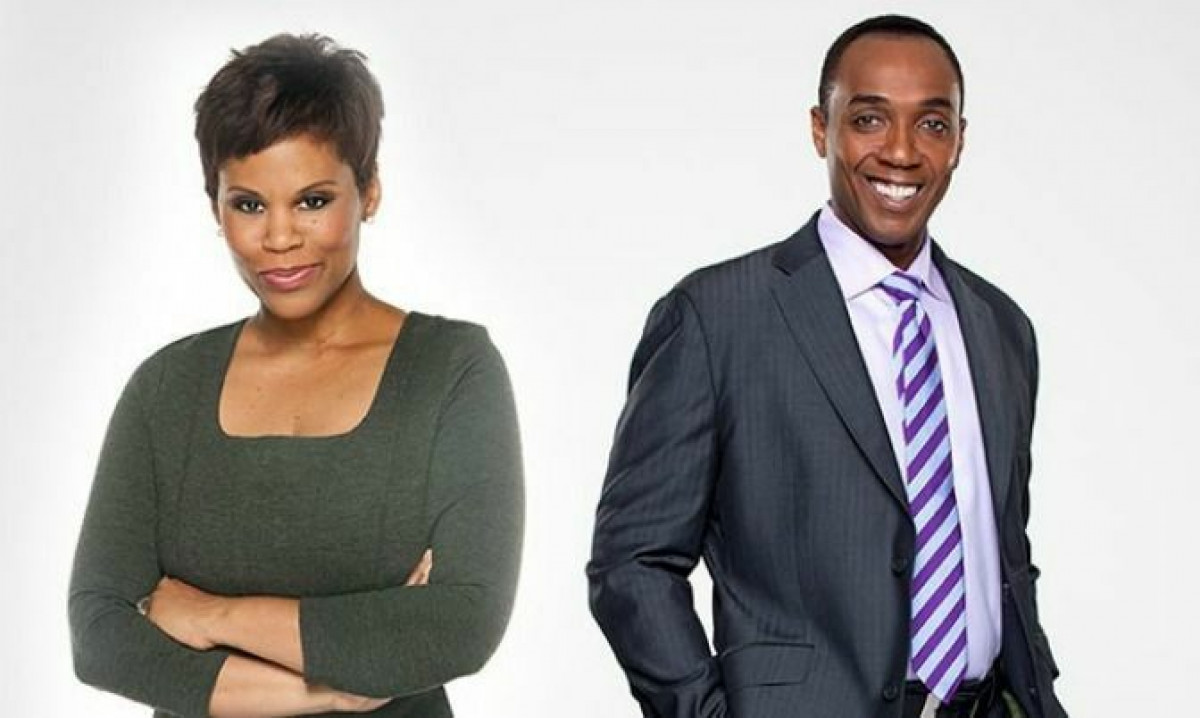 Canadian broadcasters Marci Ien and Dwight Drummond have joined together to give back to Ryerson University, the school that shaped their career.

The Marci Ien and Dwight Drummond Award recognizes individuals from diverse backgrounds. It will assist students from under-represented and marginalized communities who show promise in any of the three RTA programs.

“We created it and when we went to Ryerson, they said ‘this is fantastic,’ Ien said. “And they put our names on it, so we were happy. But it’s not about our names on it. It’s just that it exists.”

Ien says she and Dwight came together and set the parameters, knowing the kids they wanted to reach. They say it is about giving back not only to the community but to their Alma Mater, Ryerson which has been good to them.

“We just thought it would be great that since we are in a position to do so, we can give people a hand up,” Drummond said. “People like us from racialized communities, aboriginal peoples, people with disabilities, and just marginalized people. People who are underrepresented in the media.”

Drummond is the co-host of CBC News at Six and Ien is the co-host of CTV's Canada AM. Drummond says he and Ien, who actually shared a locker during their Ryerson years, thought it would be a good idea to use their success to not only inspire students but to help them financially. He remembers the time he received financial assistance through an award he won called The Lorne Green Award, sponsored by a Jewish community group for recognition of Canadian Talent.

“It was similar to what I am now sponsoring with Marci. It was a $500 cash award which I used to buy books,” he said. “I had someone do that for me when I was at Ryerson and I wanted to do that for someone else.” 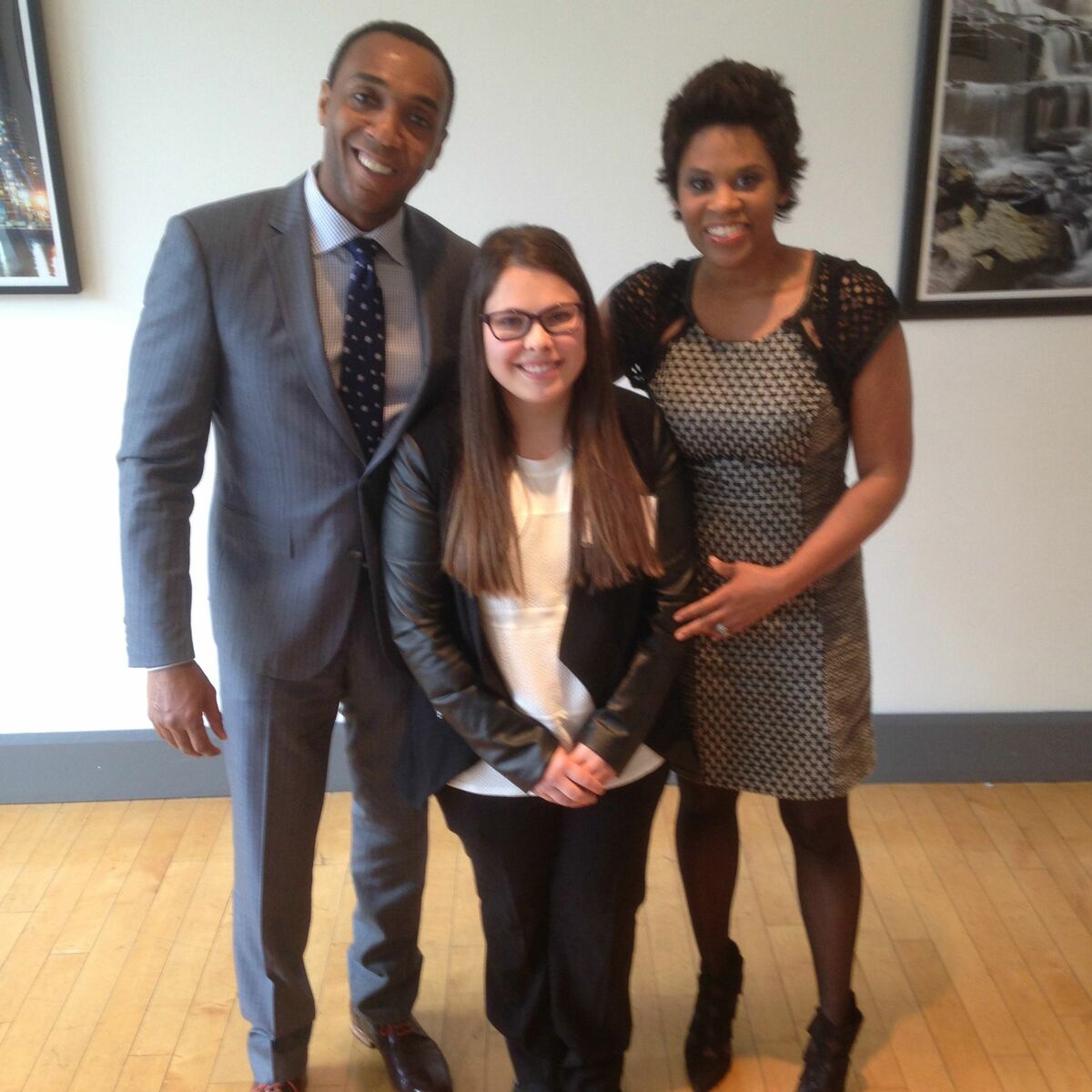 The award will be presented to two students per year, each will receive $1000.

Ien says she didn’t have a lot of people to look up to in TV broadcasting.

“And especially being a Black woman,” she said. “There weren’t a lot of Black Canadian women on TV. I looked to people elsewhere.”

She admits that the journey wasn’t always easy.

“I love so many of the anchors who are on air but there are different challenges that I faced that maybe others couldn’t understand,” she said.

When Ien started, she came with no professional connections, no mentors or anyone in the business she could turn to for guidance. “I made many, many mistakes,” she said. “But I got back up again every time.”

Her writing got sharper, her focus more intent and she learned to be a better listener, which is essential to her job as an interviewer.

“Every day I still learn something new,” she said. “But the difference now is, I can share my experiences. I can be the mentor I never had.”

Drummond on the other hand says there were some people already on the screen who looked like him that were inspiring. Ed Bradley was one of those people.

“Growing up, that’s who I wanted to be like in broadcasting,” he says with a chuckle.

In terms of any discrimination they faced in the business, Ien says she didn’t experience any kind of racism.

“If I did, I didn’t know I did,” she said. “I can’t say that I have bluntly experienced anything like that.”

She says you never know why you don’t get a job. “No one ever says to you, they’re not hiring you because you are Black. No one will ever say that to you. No one has ever said that to me, nor did I ever feel it was because of that per se,” she said.

She says it might have been the lack of skills needed to fill the position. She gives an example of a time when she was with channel 11 in Hamilton, and was laid off as a reporter. She was the youngest reporter they had, so when they had layoffs she was the first to go. However, they rehired her to be the Queen’s park reporter a year later.

Drummond’s experience in the business is not that different from Ien’s.

“I can’t say I faced a lot of racism trying to get into the business,” Drummond said. “Rita Deverell was my first boss when I started reporting and she is Black. I worked behind the scenes at City TV early on and found it to be a multicultural, inclusive place.”

Drummond adds the only racism he faced came from viewers who would send him racist material on a regular basis.

“Letters saying, ‘we don’t need another ni--er on TV’ was a regular occurrence,” he said.

“When you set out to do something and achieve it, that’s success,” he said. “Being happy in your career is success.”

He doesn’t think success is measured by the monetary things in life. He says although he lived in project housing as a kid, he was happy.

“We didn’t have a lot of money but we had a good family and good people around us,” he said.

Ien concurs adding that success for her is being a mother, a wife, an aunt, and a daughter. She says there are many times especially as women that we constantly wonder whether or not we are there enough for our kids or our family.

“I threw balance out the window a long time ago and defined my own level of success and by that I mean that I’ve stopped beating myself up all day and thinking ‘am I doing enough, am I here enough?’ she says.

She says her daughter understands that when she is researching a story, doing an interview, or at a school talking to kids, it is important.

“I was receiving the media award and I tell you this because it was interesting to have her sit there and understand all of this,” she says.  “At the end of the night, she said ‘you know mom, I am really proud of you.’ And right there is success. That’s everything to me.”

Drummond and Ien have had role models shape who they are today and are very grateful for them. Ien’s role models are her parents who set great work ethics for her.

Drummond, who grew up in the Jane and Finch area credits the strength of his single mother. Dwight also credits Martin Dupree, a South African, for the role he played as a father in not only his life but in the lives of those in his community.

Ien says there are a lot of people who shy away from the word role model, they don’t want to be associated with it, and don’t want the responsibility, but she welcomes it. She stresses it’s about being available and humble.

“I want people to be able to look at me and know that it is possible,” she said.

“I am an example of all the people who were told they can’t, they won’t, and it’s not to be. More than once I’ve been told ‘It’s not your time,’ says Ien.

She wants to be a living example of the possibilities for young Black women. She advises parents to support their children in their career choice just as her own parents did.

“When I told them that this is [Journalism] the direction I wanted to go, they had no idea about this field; however, the important thing is that they did not stifle my dream,” she said. “And they very well could have.”

Drummond recommends students be aware of the changes that are happening in media. It is important students understand that gatekeepers aren’t really there anymore to stop them from getting their words out to the public.

“The Internet is there. If you write, if you want to be a journalist,” he said. “You should start blogging now. You should start putting your voice out there even though you are not working. And sometimes the audience will find you.” 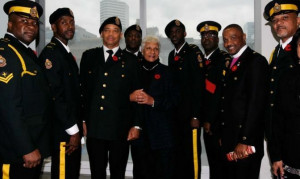 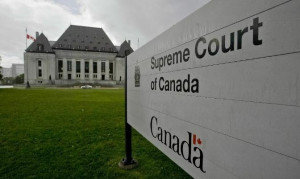