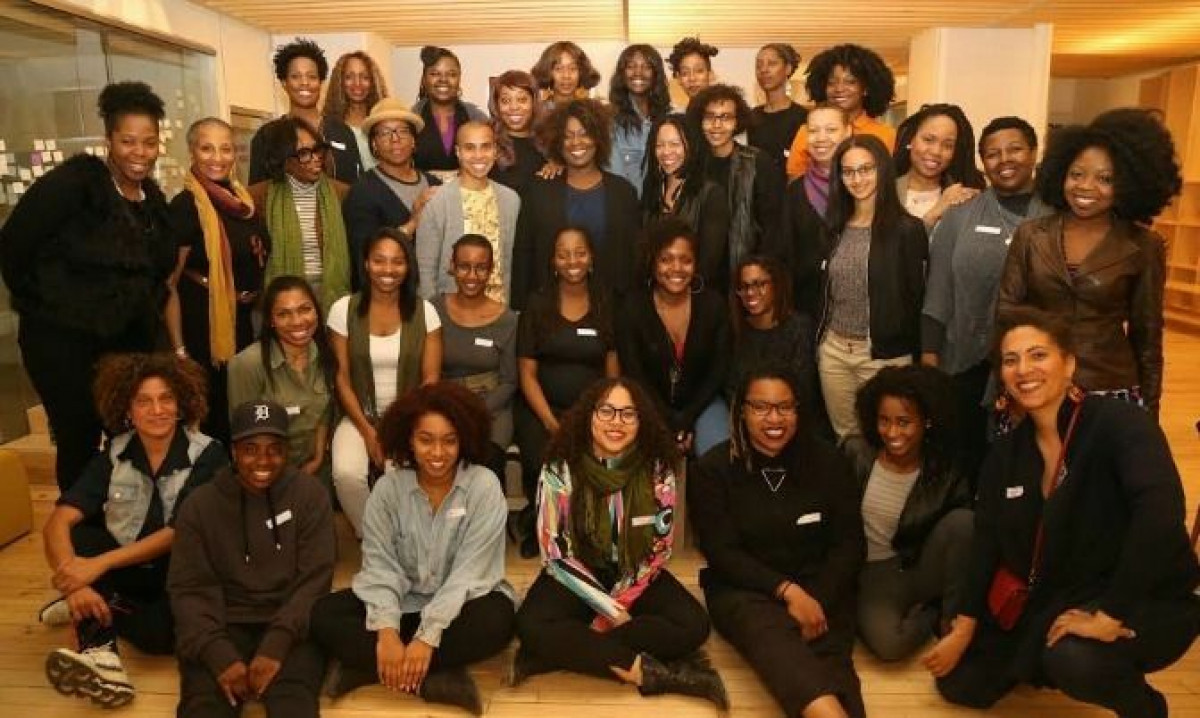 40 of Canada’s top Black female filmmakers and media artists have united to form the Black Women Film! Leadership Program. The first of its kind program is now underway at the Tiff Bell Lightbox and Nia Centre for the Arts (May 21 - 31).

Fifteen participants are engaging in what’s described as “A weekend intensive and a series of evening workshops, mentorship from award winning writers, directors and producers; meetings with funders and broadcasters plus the creation of a short film highlighting the stories and insights of Black women in film in Canada.”

At the helm of this new program is Ella Cooper. An award-winning filmmaker and multimedia artist, she has worked in Canada’s arts and culture sector for nearly two decades. Her work has been featured in a variety of arts venues and film festivals throughout Canada, and aired on CBC and Bell Fibe TV1. She has also co-created and curated a host of inclusive community-based programming for people across Canada, America, and South Africa. Recently we spoke with Ella and she shared her insights about this initiative as well as her life as an artist.

I’ve been reading a lot about Black Women Film! If you had to give someone an elevator pitch on the program what would it be?

Black Women Film! is a unique, first of its kind leadership program, supporting development of emerging Black female filmmakers and media artists in Canada. That, to me, would be the elevator pitch.

There’s an incredible powerhouse of Black women in Canada making incredible work as image-makers, as filmmakers, as directors and producers. And yet at the same time there’s a huge lack of representation in the industry and what we see on our screens today.

And so I personally, as someone who is established as a community programmer, multidisciplinary artist, but still emerging as a filmmaker, I really felt that there needed to be a space where we could come together and really support each other’s professional development and a a greater community of support in this work.

I’ve never heard of anything like Black Women Film!  What inspired you to create this organization?

I think what inspired it are two things.

I’ve developed and facilitated a lot leadership programs, community programs, and media arts empowerment programs for some time now and every time I’ve had the opportunity to facilitate a space, either with local partners or through a program that I’ve created myself, you really see what happens when you allow folks to step into their power. You really see what happens when you create spaces for people to really feel confident in their voice, confident in what they want to put out there in the world, but also give them a sense of feeling supported in doing so. I had the desire to create a space like that and also create a space where both myself and all the participants could learn from a really incredible, established group of mentors and industry leaders.

In addition to that, on the flip side, I think when I look at my own experience, I’m also a really curious, inquisitive individual who loves to build community and is really dedicated to social change in ways that build from the ground up. And I just wanted to bring these amazing people into the room together. It’s something that I like to do and that I’m good at.

It was this beautiful thing of… looking for ways in which to develop in my own work as an emerging filmmaker, and looking at, as I reflect my own career trajectory how valuable it’s been to have allies, people who step forward and have either given me an opportunity to create my first series or given me the opportunity to create the film Black Men Loving, which won an award for Best Canadian Film at the Caribbean Tales Film Festival.

And really, if I hadn’t had these folks step forward and show themselves, or if I hadn’t reached out to them, I really wouldn’t even be moving forward in this industry whatsoever.

I think it’s the way I am. If I start to see ways in which I’m moving forward, I like to also be able to bring others into the room and into that work. There are people who are doing this work, like Alison Duke who recently brought together five incredible Black female directors to do work on the history of Black activism in Toronto.

To just be in the room with those individuals really creates a type of solidarity that gives you more confidence to move forward.

What sort of qualities do you look for in applications that you accept to the program?

I think what is really exciting about this program is that we stepped forward like,”Ok. We’re going to offer this…” and we had no clue who exactly who was going to apply. We were like, “If 10 people apply, that’s awesome.” We got 35 applications and more keep streaming in even though the deadline has closed and we can’t accept them.

And so, it really made us kind of stop and look and go,”Ok, well who is this program for? What is an emerging filmmaker…?” So now it’s been narrowed down to, basically, someone who has had some type of training, so they’re not totally green. They’ve gone through a program of some kind that’s given them film and television or media arts training, and they have created at least a couple of works. The works don’t have to have ended up anywhere major, but they have to show that they’re really dedicated to creating work, and then after that to be able to show that this would really help them move forward in the work that they do out in the world.

But what’s exciting, though, is that let’s say someone doesn’t fit that description, we’re also doing other programs. There’s going to be a VisualEyes Film Camp in August with some really great community partners where young Black women under the age of 30 can come with zero film skills to create an original film in a 6 day intensive camp-style environment, at Children’s Peace Theatre.
What I’m seeing happening with Black Women Film! now is that what started off as a leadership program is likely to blossom.

I’m really hoping to offer more workshops in the future, more opportunities for folks who missed this chance to be a part of it to come together as a group because it’s such an exciting opportunity, I really don’t want to be in a position of turning people away from the experience.

What are you working on right now?

Right now I’m doing a series called Dance for Life and it’s really looking at this incredibly diverse voice of people who are newcomers, first generation or first nations in Canada and dedicated their lives to dance . What I think I’m striving to make space for in my creative work and in my film work is telling stories that are still not a part of mainstream media in ways that are playful and engaging.

Also, I’m really interested in “How can we start to share more stories from the Canadian Black experience that aren’t limited to one voice?” Like often it’s that feeling of,“Oh, we’ve heard that story so now that person represents a whole community.” And I think that what excites me about getting this many filmmakers in the room is that they show such a breadth of histories, and creativity and knowledge it goes far beyond the limited way in which Black people get depicted in the media.

I should also add that... I think all my creative work is participatory, everything I do is in collaboration with different community groups.

Where do you want to see this program go in the future?

Well, I think after getting those 40 filmmakers and artists into the room together for the launch of Black Women Film!, I saw that it wants to grow beyond just a program. While I’m not going to state what it could be next yet--we’ll figure that out as the program comes to an end--I really do see this program growing into an initiative and I’m really interested in seeing how we can build more advisory groups and more opportunities for Black women filmmakers and media artists in Canada.

Visit Black Women Film! Leadership Program’s website at www.blackwomenfilm.ca. By the program’s end, site visitors will also be able to view participants’ video profiles and short learning videos. For more information about Black Women Film! Leadership Program, or VisualEyes Film Camp, which runs from August the 20th to 26th , you can also send an email to This email address is being protected from spambots. You need JavaScript enabled to view it., or visit Ella Cooper’s website at ellacooper.ca.

Claire Francis has been in love with words since she knew what they were. At claireshegoes.com, she puts them to work, sharing her thoughts on everything from prayer to pop culture. When not getting annoyed by wayward apostrophes, Claire enjoys cooking and craves chocolate. 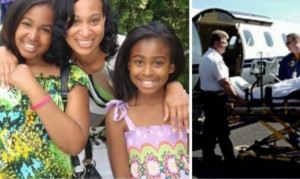 Older Entry Mother Who Fell Off Trinidad Cliff Is Back Home, Church Raises More Funds For Recovery
Newer Entry Thanks For Making Us #1 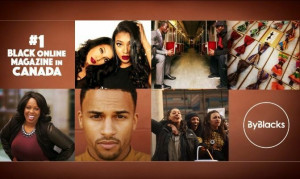