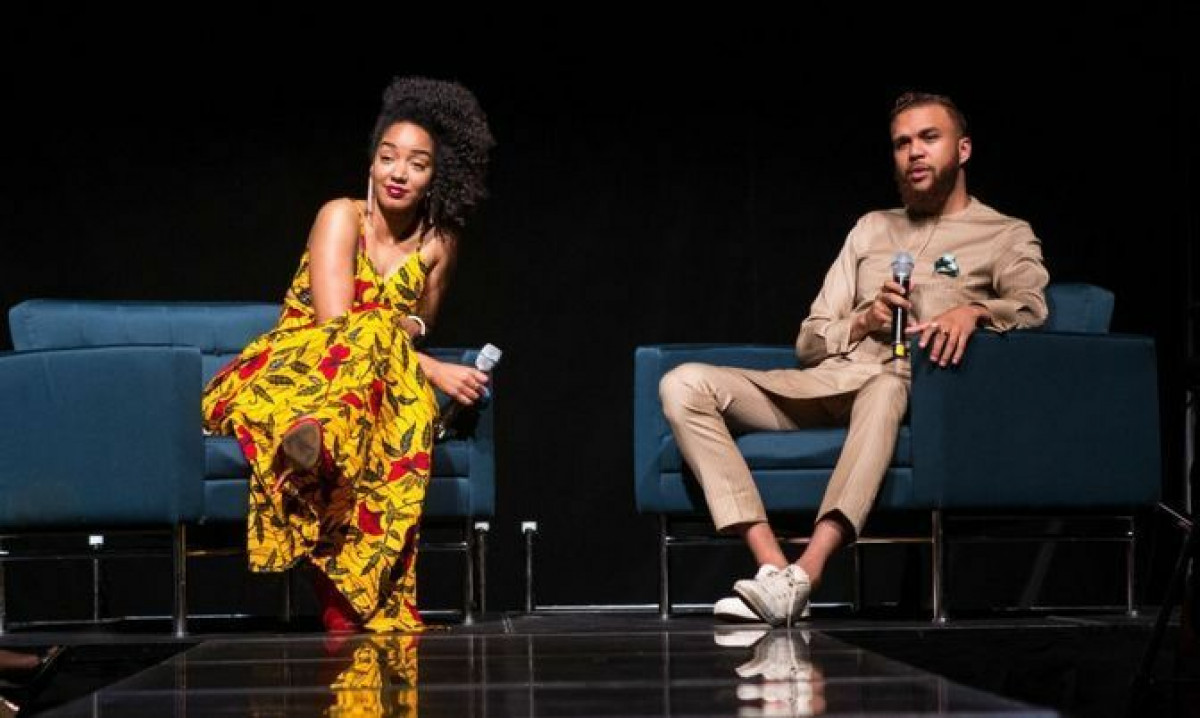 She emerged from the darkness, legs gliding gracefully down the stage, her body twisting as she performed a traditional Afro-Cuban folkloric dance, her mouth uttering a shrill cackle that echoed across the large room on the second floor of the Design Exchange. Her performance was both stalwart and moving.

“She was calling to Oshun, the Yoruba goddess of luxury and pleasure, sexuality and fertility, and beauty and love,” explained AfroChic's Director and co-founder, Amoye Henry. According to Henry, AfroChic 2017 was about more than just art, music, lifestyle and fashion; it was a tribute to the cultural recognition of African heritage and spirituality.

The celebration also offered visual tributes of bold and colourful art as well as trendy and modern garments. Local artists Camille Lauren and Kofi Frempong created masterpieces on canvas and the bodies of acro-yoga performers, while models strutted in outfits that could easily belong on the runways of New York Fashion Week.

Halfway through the wondrous display of artistic expression, trendy and talented American recording artist, Jidenna, known best for his 2015 hit, “Classic Man,” took the stage for an intimate and interactive interview hosted by CBC's Amanda Parris with a special guest appearance by social media star Femi Lawson. Fans awed over the red-headed sensation as he opened up about his personal journey to stardom.

In the end, the show was awarded significant praise by the multitude of women and men in the audience. Henry and her team of directors including, Paulina O'Kieffe-Anthony, Tinesha Richards-Morris, and Matthew Pompey humbly took the stage to say some closing remarks and thank guests, sponsors, and volunteers. When asked about the future of Afrochic, Amoye replied that her team will be taking their talents to the next level by planning another event in October for Atlanta’s Afro Punk weekend.

The next day, the AfroChic team received multiple compliments, including a special congratulatory FaceTime call from Jidenna himself. Amoye credits her team of coordinators, directors and volunteers for the incredible success of AfroChic.

Amidst the praise comes the constructive criticism which Henry always takes very seriously. Participants noted that there were some missing items in the swag bags, the alcohol and food lines were too long, and some were turned away at the door because the event was at capacity. Henry uses transparency to manage these concerns and help the guests understand what truly goes into planning a large cultural exhibit like AfroChic.

In the beginning, Henry thought the community would jump at the chance to support the production of a safe platform where black artists could exhibit the expressions of their heritage. After being turned down from large funding and sponsorship opportunities she realized that “there was a lack of financing and support in our [the African-Canadian] community.”

As the fees were piling up and the funding was nowhere to be found, Amoye often thought about cancelling the event, especially with last minute and hidden costs charged by the venue that ran into the five thousand dollar range. With no other option, they blew through savings, charged credit cards and paid out of pocket to bring the event to life. “We paid almost $30,000 in expenses at this event and thankfully we got a grant at the last minute,” said Henry.

In addition to these obstacles, life was busy for the team. Amoye left her full-time, secure position in health care to do contract work and run AfroChic because she believed so deeply in the brand. Paulina O'Kieffe-Anthony, who in addition to being Artistic Director also took on the role of production manager, was planning a wedding and was married only a week before the show. The entire team is filled with young adults trying to balance lifestyle, careers, and family, yet they refused to give up.

Thanks to the team’s unwavering dedication, after six months of planning, AfroChic 2017 reclaimed its identity as one of the most magical black cultural showcases of its time. The team is already planning future shows and is ready to reap the many blessings that Oshun may send their way. 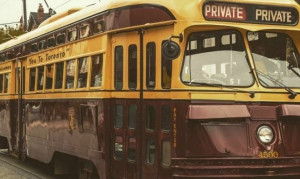 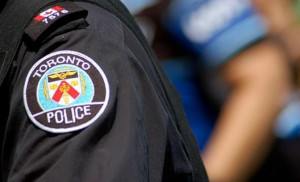