Behind The Legacy Poster: Who Gets On It And Why Featured 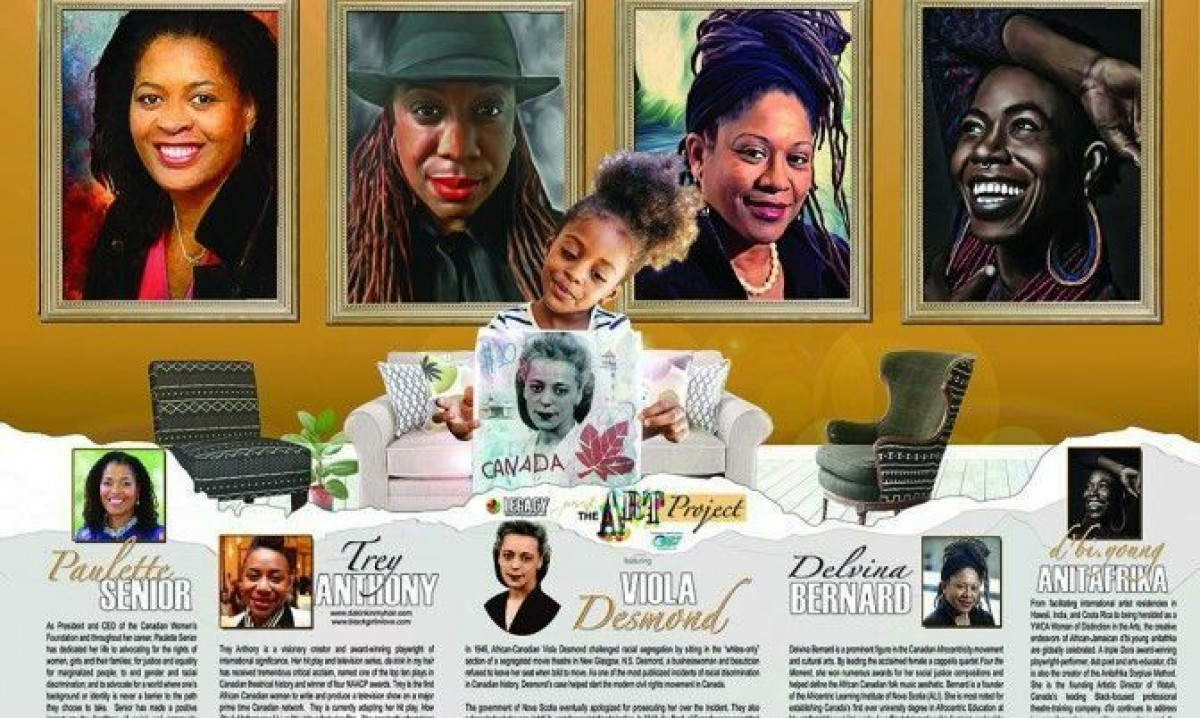 Now in its 24th year, you could say the Legacy Poster is something of an institution in Black Canada.

It’s seen as a huge milestone in one’s career to be featured on the exclusive artwork, which has been displayed in prestigious venues across Canada. One of the 2018 honorees Trey Anthony shared the news on her Facebook page saying, "Mi reach! Big tings! Buy it and celebrate Canadian Herstory! Honored to be featured on the 24th edition of the legacy calendar by legendary artist Robert Small! You know you reach when Robert picks you to be on his poster! I've been waiting for years to be on this calendar/poster!"

The artist behind the Legacy Poster is Robert Small, who says he can hardly believe it’s been more than two decades.

“It seems like just yesterday when an optimistic young brother straight out of university started this poster. When I think about it, it’s that same optimism that keeps me doing it every year. When I hear someone tell me their Grandmother has old copies of the poster in their basement and they would read it to them as children each year, it motivates me. On occasion, when teachers or community members tell me that they need to get the poster or they don’t have anything for Black History Month, I realize there is still work to be done and optimistic that the existence of this poster series is making a difference."

It’s exceptional for a project like this to remain relevant for so many years. Small says it’s because of the theme and the people that are chosen each year but also because this is more than just a poster.

“It’s a vehicle to promote issues and/or discussions that need to be had in our community and wider society. For example, the 2018 poster features Viola Desmond who will be on a $10 bill next year, becoming the first Canadian woman to ever appear on one. Consequently, while the country celebrates Desmond’s historic contribution to the civil rights struggle in Canada it provides the opportunity for the poster to promote other historic contributions of modern African-Canadian women as well. In addition, given the attention presently happening in North America concerning equality for women, the poster becomes more relevant to the times than it has ever been in previous years."

When Viola Desmond was announced as the face of the new $10 bill there was a collective “who?” from the wider Canadian public, leaving many of us wondering why such a prominent black historical figure is not stamped on the national consciousness.

“I really wasn’t surprised by that,” says Small. “Unfortunately in history African people are often not referenced period, let alone in a favourable or empowering manner.  So it’s a struggle for her story to even be told. Secondly, African-Canadians need to take ownership of telling their own story from their perspective. You can’t ask for more material on African-Canadian history and then not provide it. You can’t argue about your depiction in the curriculum but not take the initiative in writing it in your own perspective. In that regard, this poster stands as a political statement as it takes total ownership of telling our story visually in an empowering way and tells it from our own perspective. We can’t leave the telling of our accomplishments, trials and victories to be told by others then be upset when it comes from a eurocentric perspective.”

Taking ownership of telling black Canadian stories is exactly what Small is doing with the Legacy Poster, but it’s a most difficult process deciding who makes the cut every year.

“There are many accomplished people in our community but I try finding those who stand for more than their individual accomplishments. It’s not about having a title, because that can be taken away from you. It’s more about making a title out of your own name which means something to the community. With the five women selected for this year, I’m proud that between them their accomplishments range between sectors that are of dire importance to the community."

But over the years Small has established some set guidelines that help him decide who to feature.

1) Have you had a career and/or list of accomplishments that few others/if any could duplicate?

2) Are you known for your work beyond your friends/family circle?

3) If you're not widely known, should people know who you are, and they don't merely because they are not aware?

4) Have you impacted people's lives or inspired those who have never met you and will never meet you?

5) If you stopped what you are doing now, would there be a significant hole in your industry due to your absence, would anyone notice?

6) Could you or anyone else have a good argument to say you are ONE OF the best people in your industry?

7) Have you had a measurable level of success over the course of several years?

Here is a snapshot of the women featured on the 2018 Legacy Poster.

President and CEO of the Canadian Women’s Foundation, Paulette Senior who has dedicated her life to advocating for the rights of women, girls and their families.

Trey Anthony who is a visionary creator, award-winning playwright of international significance and creator of the hit play and television series, da kink in my hair, which was named one of the top ten plays in Canadian theatrical history and winner of four NAACP awards.

Delvina Bernard who is a prominent figure in the Canadian Afrocentricity movement and leader of the acclaimed female a cappella quartet Four the Moment. She has won numerous awards for her social justice compositions and helped define the African Canadian folk music aesthetic.

d’bi.young anitafrika who is a Canadian Poet of Honor and YWCA Woman of Distinction in the Arts winner. D’bi is an internationally celebrated African-Jamaican dub poet, playwright-monodramatist, arts-educator, director, and 3 time Dora Award-winning theatre maker.

Small says he has thought about the Legacy poster’s future and how it could evolve.

“Once I started approaching 25 years I started wondering how long I would do this. A quarter of a century is a long time to be doing anything. However, part of me feels it’s an honourable venture to try being one, if not the longest tradition celebrating Black History Month in Toronto’s African-Canadian community. Also, I think hopefully the fact that these posters will be around well after I’m dead ensures that I have a legacy that will live on.” 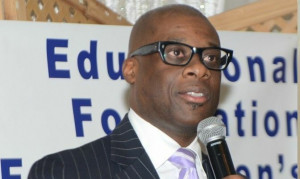 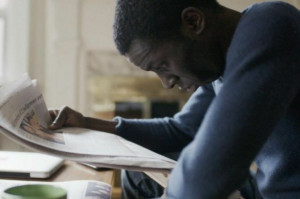