By CBC News
Published on Tuesday, February 6, 2018 - 18:20
By day, Gordon Shadrach is a Grade 2 teacher at Kew Beach Junior Public School in Toronto's east-end, but by night, he's a painter whose work is now being featured in the Royal Ontario Museum's newest exhibition — something he says is "beyond my wildest dreams."

Shadrach has been featured at venues such as the Toronto Outdoor Art Exhibition and the Queen West Art Crawl. He can now add the ROM's newest exhibition to that list, which opened last Saturday and will remain open until mid-April.

Here We Are Here: Black Canadian Contemporary Art features the work of nine Canadian contemporary artists, who use objects, images and multimedia to challenge preconceived notions of black culture.

The museum advertises the show as a way to "challenge" the stereotypes plaguing Canada's black community.

"Knowing now that there's going to be little black boys and little black girls looking at my work and giving them something to aspire to, that they can see something I didn't have the privilege of seeing when I was a kid ... it's amazing to be part of that process," Shadrach said. 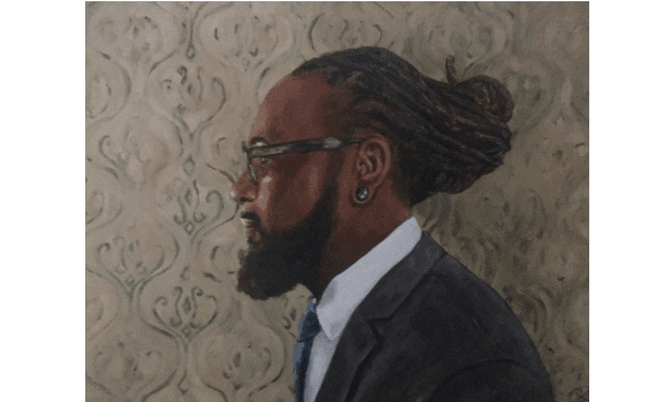 Shadrach teaches his students and black youth the same theme he explores in his works, which is the under-representation of African-Canadians in our culture.

"I try to give them some insight about overcoming any sort of obstacles that might have been in my way," Shadrach said. "I try to talk to them about expectations and how I was accepted or not accepted in some communities and how that affected me as I grew and developed."

Shadrach is now part of an exhibit that has been in the works since 2013 when the curators of Here We Are Here first realized there needed to be more work exploring the narratives of black Canadians.

"Despite the fact that Canada is very proud of its multiculturalism, many people from the community feel that anti-black racism is still a reality ... from the carding of young black men [by police] to discrimination and micro-aggressions that happen daily," said Silvia Forni, one of three curators of the exhibit. 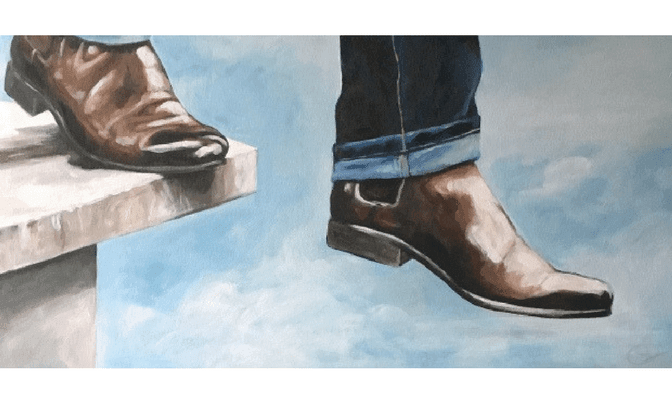 The exhibit comes after the ROM issued a statement in November 2016 apologizing for a "racist" exhibit it hosted nearly three decades ago.

"Into the Heart of Africa perpetuated an atmosphere of racism and the effect of the exhibition itself was racist," the statement said. "The ROM expresses its deep regret for having contributed to anti-African racism."

Into the Heart of Africa, which opened in 1989, was intended to be a historical reflection of how the military and missionaries acquired African objects, but quickly sparked protests from the black community for its "racist views." 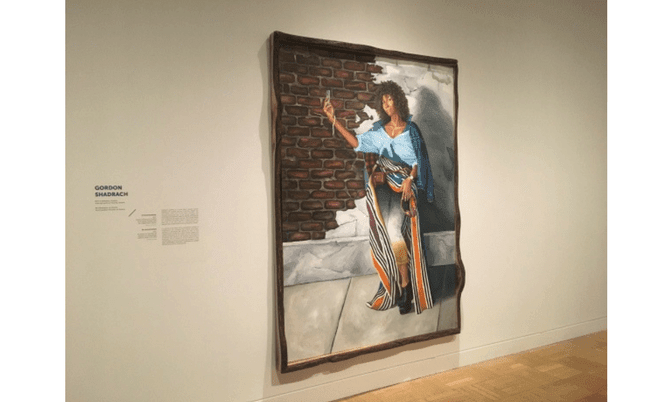 Since she started working at the ROM in 2008, Forni said she noticed the "lingering tensions" between the museum and the African-Canadian community.

"The museum had not really managed to re-engage, or to present itself under a different light to the people from that community," Forni told CBC Toronto.

Growing up as the only black student in many classrooms as a child, Shadrach brings personal experiences into his artwork for Here We Are Here, which is a step in the museum's promise to strengthen its relationship with the black community.

"I know there've been some contentious issues with the ROM and the black community, but to be actually part of the mending of that relationship is something that I never would have imagined," Shadrach said. "If you had said to me as a little black boy in Brampton 45 years ago ... I wouldn't have imagined it." 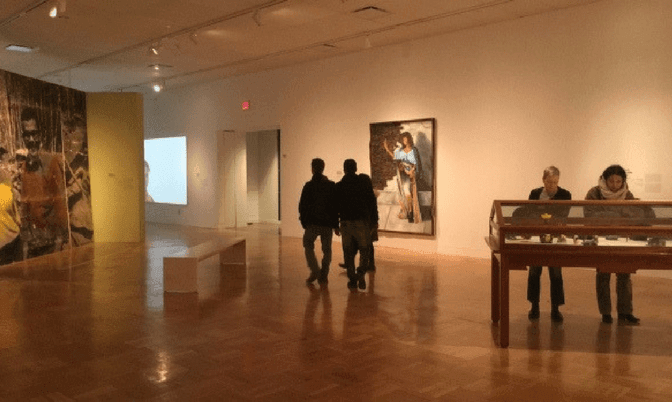 But despite progress, Shadrach says barriers faced by the black community persist.

"I felt, for a while, that we were making good progress with equity and fairness with regards to race ... I think what's surprising to me is that people now feel emboldened to say the things they always felt," he said.

Jack Loewen, now in Grade 6, who was taught by Shadrach in Grades 2 and 4. still remembers Shadrach combining two of his passions in one of his favourite exercises as a child: art and superheroes.

"He gave us an assignment and I love superheroes and we basically had to design yourself as a superhero and write about it. It was always my dream and to be able to do that in Mr.Shadrach's class was awesome for me," Jack said.

Jack has one of Shadrach's paintings of the superhero Nightwing in his room, which he bought at one of his teacher's art shows.

"I felt like we really had a connection because we both liked superheroes and we both loved art," Jack said. 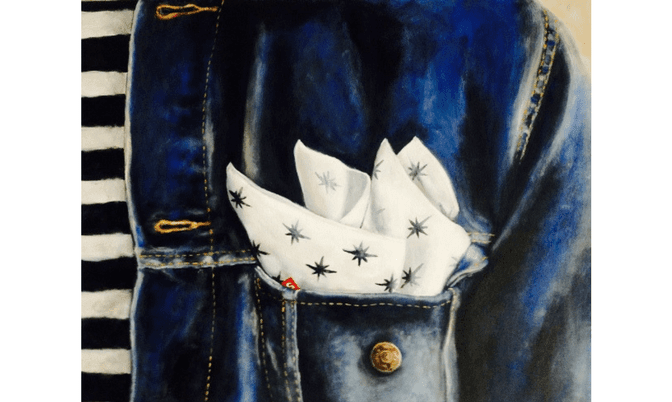 Elif Su Sloly, another of Shadrach's students in Grades 2 and 4, says she struggled with her confidence but Shadrach helped her embrace her love of the arts, encouraging her to find her written voice and craft her writing techniques.

"When he would encourage me about my writing, it would kind of help me boost my confidence ... So him complimenting my writing and stuff like that, it kind of made me feel better about myself," she said with tears in her eyes. 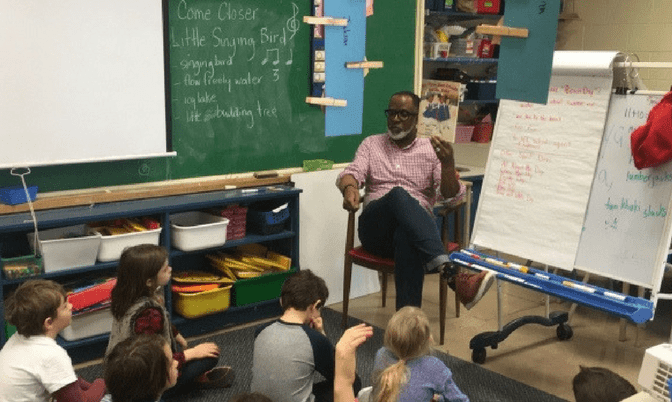 This article originally appeared on cbc.ca/news 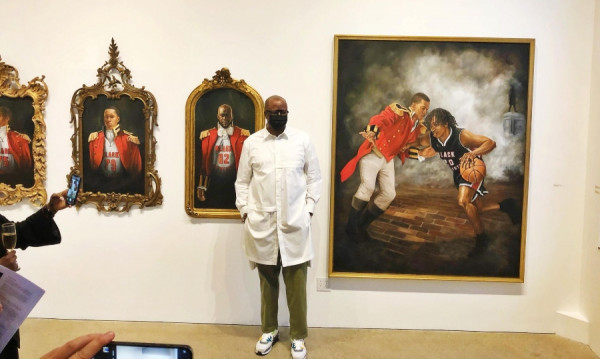 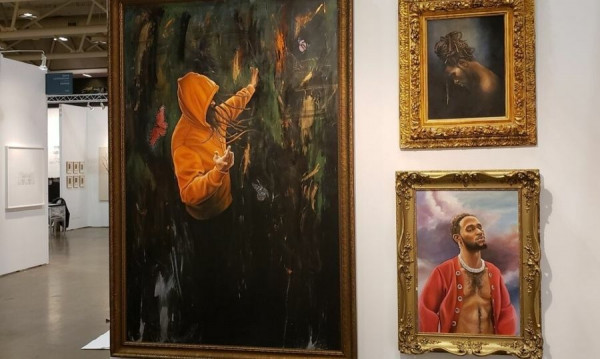