Queer at Carnival: The Importance Of Spaces For LGBT Revellers Featured 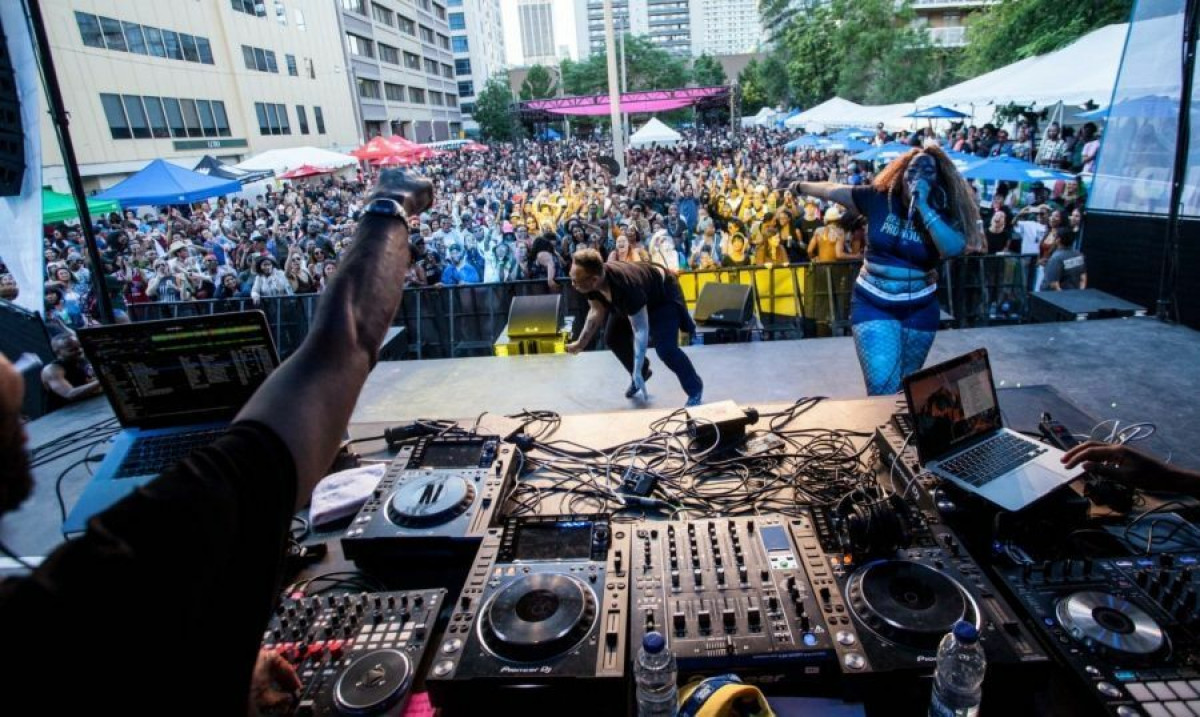 Mattrasingh, 25, has attended the Peeks Toronto Caribbean Carnival every year for as long as she can remember. She’s played mas, gone to parties and knows the scene. And she also understands that the festival is a rare chance to pass along traditions and unify people.

What she hasn’t done yet is go to a queer-friendly carnival party.

“Until adulthood, I didn’t even know that you could go to queer [parties] because I learn about the parties from my family, and none of them would have told me about Yes Yes Y’all, [a monthly Black LGBT party in Toronto] or anything where I could go with other queer people.”

For Mattrasingh, the Peeks Toronto Caribbean Carnival doesn’t feel like a safe space for queer West Indians. From what she’s seen, it’s less safe for men more so than women, since it is less transgressive for women to be seen being affectionate to each other.

“I’ve never seen any male to male affection, which would be a common occurrence at a queer party. A lot of songs have explicit lyrics complaining about ‘chi chi man’ or ‘battyboy’ [both derogatory terms for gay men], and there’s no equivalent for women,” Mattrasingh says. “Femininity is allowed to include open displays of affection . . . whereas masculinity is more heavily policed.” The Peeks Toronto Caribbean Carnival did not respond by Xtra’s deadline for comment.

There is work being done to change the heteronormative culture of carnival weekend. In fact, people like Mykel Hall, known as DJ Blackcat, have been working on queering carnival weekend for 25 years. This year, he took part in the first official Black Pride in Toronto which held several LGBT events over the same weekend as the Peeks Toronto Caribbean Carnival.

“There have always been queer carnival parties,” he says. “But now, there are more of them.”

Now, he knows many gay, lesbian, or trans party promoters and DJs. And he believes that carnival, and society itself, has no choice but to become more inclusive.

Craig Dominic is one of the founders of Blockobana, an annual queer-themed, post-carnival party put on by the folks at Blockorama and Blackness Yes!

Dominic notes that countries such as Trinidad and Tobago, and Barbados, the former of which decriminalized gay sex earlier this year and the latter, which still criminalizes same-sex intimacy, had their first Pride parades this year, and organizations such as J-FLAG are working hard for the rights of queer Jamaicans.

Homophobic sentiments in Caribbean countries are not unfounded though, as Dominic points out. It isn’t simply just part of the culture, nor does it come with the territory. “People forget the role of colonialism and imperialism,” he says.

“People say, ‘Oh it must be hard to do queer events during [the carnival],’” Dominic continues. “Yes, there are definitely people who feel a certain way about it. Every community has people who feel that way. We’re letting people know ‘I am here, I am Caribbean, I am Black, I’m still your son, your daughter, your uncle, I’m all these things, and I’m queer.’”

So, what’s the solution to further queering carnival?

There is no one answer, according to Polly Perry, an activist and organizer. She has been hosting queer friendly parties for many years now as well. A queer Jamaican woman, Perry knows the importance of being able to express yourself freely. “In a perfect world we should all just be able to go and wine up with our partner,” she says. “I want to be able to go and be Caribbean . . . but I want to turn around and kiss my partner and not be looked at or be an issue.”

Perry says it’s the reason she’s hosted several queer-friendly parties over the last few years, including her glow-in-the-dark party, Heat. “That’s why I do events that are very popular, in very large spaces. Because there is that need that you wanna celebrate too, right?”

For all three organizers, it’s about providing a safe space for queer revelers to be themselves. Perry suggests that official organizers could fund seminars about queerness in the Caribbean, and advertise them the same way they advertise parties.

It’s also remembering that queer Caribbeans exist outside of Pride and carnival weekend. “I’m a person that does queer events all year round. Having a safe space where you can express yourself is paramount,” Hall says. “You can’t express yourself and be who you are if you’re not feeling safe. Spaces are important. I will continue to promote safe spaces.”

Part of making spaces safe for everyone, is having these conversations with family members and friends. “If you know you’re going to [the carnival] with straight people, you’re responsible for their behaviour, too,” Hall continues. “If they’re a part of your crew and you’re partying with them, and you see queer people out, you see aggression starting, you as a person are responsible for controlling your friend.”

At its core, the carnival is all about community. from the Junior Carnival, to family owned and operated bands. When the Caribbean community recognizes that it is also a large part of the queer community, there will be nothing to stop the progress that is already happening.

“If people continue to do what they’re doing, going forward in the way that they are, [carnival] for the LGBTQ community will get bigger and bigger,” Hall says.

This article originally appeared in the Daily Xtra. 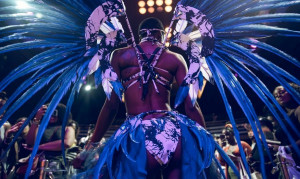 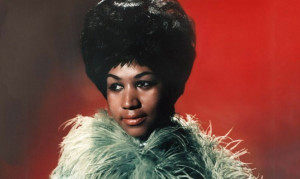