Community Pushes Back On "Blacklist Principal" In Etobicoke Featured 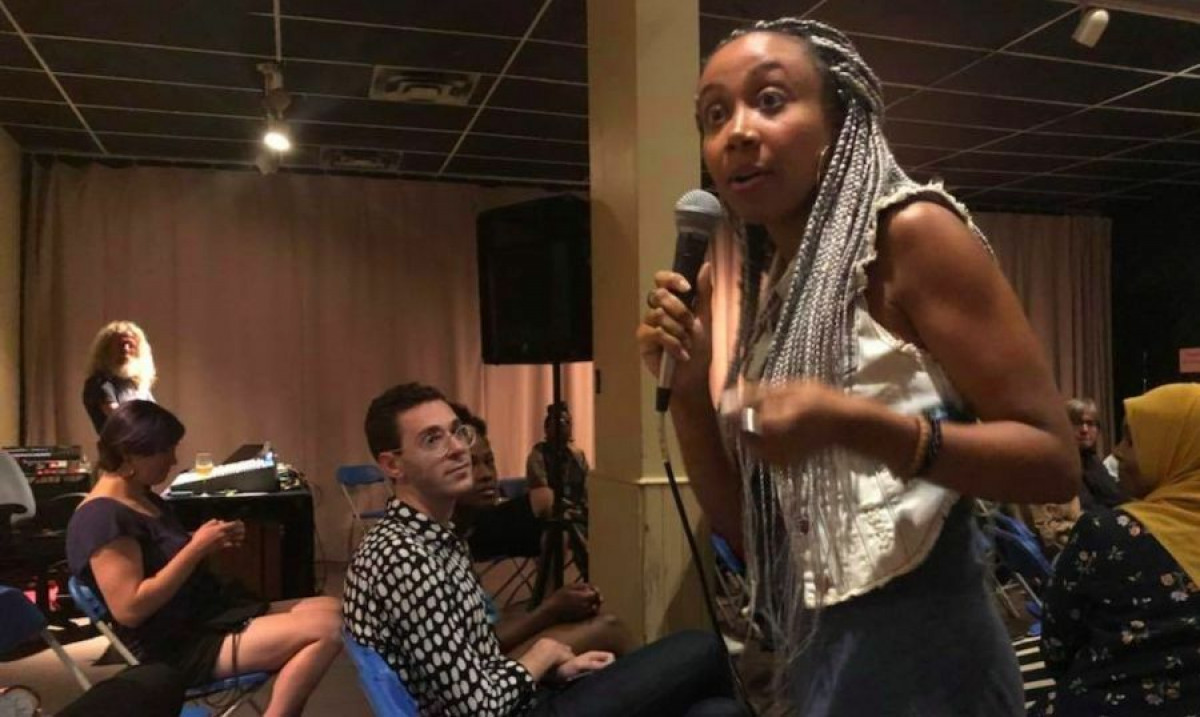 A group of alumni of the Etobicoke School of the Arts (ESA), organized to fight against anti-Black racism in the Toronto District School Board, has issued a call to action to mobilize against racism in the education system.

On August 29, organizers, Solana Cain, Taylor Nelles McGee and Miranda Hassell --  all graduates of the school – held a forum entitled “Blacklisted: Racism in the TDSB” at the Tranzac Club in Toronto to discuss their five-point action plan.

In June, news broke that Peggy Aitchison, then principal of ESA (she has since been transferred), had compiled a list of black students from the school’s yearbook and circulated it to teachers in November 2017 to address “achievement gaps” of the students.

Cain said as alumni they were appalled and angry when they heard about the list.

“We have recently learned, that the list did not solely include students who identify as black and that it would be more appropriate to call the list a ‘non-white list’.”

She acknowledged the “brave group of black youth that were directly  affected by this incident who rose their collective voice and challenged  the bureaucracy at TDSB that at first, hid this list for several months.

“These brave, young adults demanded apologies and space to be created to  discuss the list and how it affected them." At that meeting in June, which  the students organized, it was revealed that Peggy Aitchison  demonstrated similar racist behaviour while serving as principal at Forest  Hill Collegiate.

“As alumni of ESA, we applaud the action of students affected by Peggy  Aitchison’s list and we want to help amplify their voices in any way we  could,” she said.

The group, Blacklisted: Advocating Equity in the TDSB, wants people to join the effort so that it is “diverse and representative of the individuals most adversely affected by TDSB’s failure to enact its equity policies. This includes increasing youth involvement.”

It also wants people to add their input to the new principal selection for ESA by attending school council meetings. The next one will be on September 11 at 7:00 p.m. in the school’s library with superintendent Tracy Hayhurst in attendance.

Group members want to hold the TDSB accountable for implementing the latest Equity Report recommendations by attending board meetings.

The group wants people to use social media to share their experiences of racism within the TDSB using the hashtag #TDSBBlacklist and to tweet at @TDSB.

Anyone wanting to contact them privately can do so through their Facebook page: “Blacklisted: Advocating Equity in the TDSB” to share anonymously, or if they need assistance recording their story.

Reflecting on the larger context of systemic racism and inequity which could lead to issues like those related to the ESA, McKell said as the former executive officer for equity in the TDSB his responsibility has been to look at what systemic practices and approaches to schooling create and sustain inequity and what can be done to change those practices.

Providing a historical context he told them that their experiences at ESA are not new or unique.

“Situations of perceived insensitivity to racial and cultural backgrounds, countries of origins, gender identity, social class, sexual orientation, body size and other personal and social characteristics all occur far too frequently in Ontario’s schools over many decades and continues today.”

He said when he joined the TDSB in 1976 the terms ‘equity’ and ‘inclusiveness’ were not part of the language of school system discussion.

McKell said racism was not acknowledged as an issue in schools, let alone anti-Black racism.

“It was largely ignored and its existence denied. It’s only until 1992 with the Stephen Lewis Report on Race Relations in Ontario that the term ‘anti-Black racism’ was coined in that report and began to appear in the occasional Black community discourse.

He told the organizers of the forum that they were on the right track by speaking up and speaking out.

“While there are no guarantees that the proposals you make to the board will be accommodated every step of the way, it is important to stay involved and to build networks of support and advocacy to hold the system accountable for delivering on the promises they make for improving the school experience for all students.”

In December 2007, he convened two Black community forums where he invited parents, students, educators to give the TDSB their best ideas in response to the question – What are your proposals for black students success in schools?

They heard from over 100 speakers and summarized the proposals made into a seven-page document.

McKell said the recommendations are still relevant today and should be incorporated into discussions, however since then there has been no publicity around it.

“It’s as if the community’s voice was silenced,” he said, telling the group that he thinks they should have access to the report.

Jill Andrew, who recently successfully defended her dissertation for her doctorate at York University,  said there is a theory called the “adultification of black children” – a “pandemic in which black children are not allowed to make mistakes.”

Andrew also called for addressing the homophobia and transphobia within all communities and “within our own community too. All of this is part of the reasons why some of our youth are not doing as well socially, academically, emotionally as they could.”

She said it is important to pay attention to what young people have to say and urged paying attention to black girls and black women.

"THAT PERSON SHOULD BE FIRED"

Meanwhile, Akande said there has always been a general fallback position to label and to group black students.

“I was born in this city eighty-one years ago and that has always been happening. It’s taking different forms. When there were fewer of us it was not as virulent. They would see black students who were performing well as exceptional. They would attempt to separate you – something which they still do – by saying you’re not like those other students.”

Her parents from St. Lucia and Barbados were educators and they were not allowed to teach in Toronto.

“My father had a supervisory job in Barbados school system and he was not even allowed to teach but he taught us how to use the system,” said Akande, noting that this is what she taught her children and she wants them to teach their kids the same.

She urged parents to make their wishes for their children known to teachers because that is not the plan educators have for them.

When she was a special education consultant and taught at York University she said there was a term that some of them began to learn – that was “assessment by accent.”

“They would hear kids who have accents from somewhere in the islands and they would immediately assume these students were not bright and they classified their speech a dialect." But Akande, having studied linguistics, countered that it is a language, not a dialect.

“It fulfills the characteristics of language; it has an appropriate environment, it is rule-governed therefore it is a language. And you are, unfortunately, not bilingual,” she told them.

She was once called to George Harvey Collegiate from the nearby York Board of Education and when she got there she was told that the black students were segregating themselves because they were all on the lawn talking to each other and not associating with anybody else.

Akande pointed to a group of white students who were chatting amongst themselves. She asked the teachers if that was another kind of segregation.

She was told, “Well, that’s different. We like them to mix.”

“We went through multiculturalism, we went through diversity; then we called it equity…they’re all the same thing because basic to the problem is the fact that the school board wants to pretend that teachers do the wrong thing through ignorance. Teachers do the wrong thing because they wield power. Racism exists because some people have power and wield it and others don’t.”

As an example of this, Akande wondered why Peggy  Aitchison, the former principal of ESA was not referred to the Ontario College of Teachers and why were her actions not seen as aggressive.

Speaking of omission, what some call firing, she said, when someone does something as “blatantly insult and anti-black as making a list and then gets transferred to probably a school where there are fewer black children so that she may transfer to her white population how to do this thing and get away with it, I think that’s omission. That person should be fired. That person at least should be referred to the Ontario College of Teachers.”

Akande said she was very excited about the action of the organizers because there’s an old saying in Toronto – “Nothing happens for black people until we hit the streets.”

“We need to tell them that we’re not going to put up with this for yet another generation. Now that doesn’t mean that they’re going to go away and make it all better. We need to be on those committees.”

She believes that anyone teaching in the TDSB who can’t deal with diversity should be given an opportunity to do courses at an educational institution at their own expense and be reassessed. 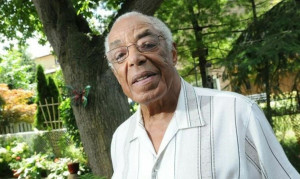 Older Entry Loss Of A Legend - A Look At The Life Of Civil Rights Activist Bromley Armstrong
Newer Entry Mystique Afrique: A Home For Africa at Toronto's Nuit Blanche 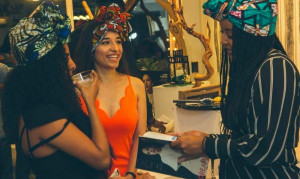 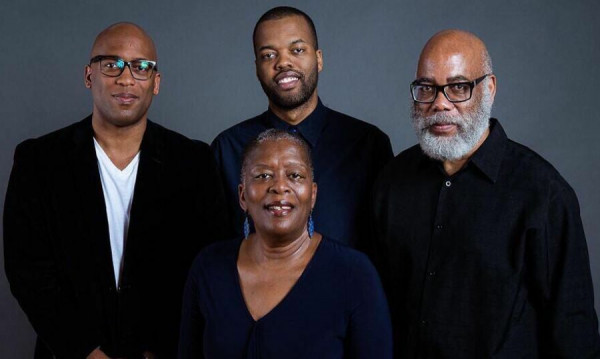 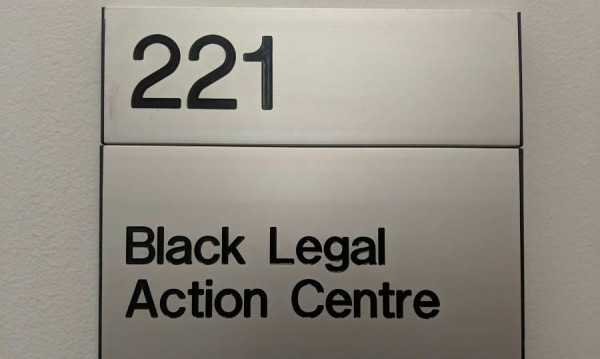 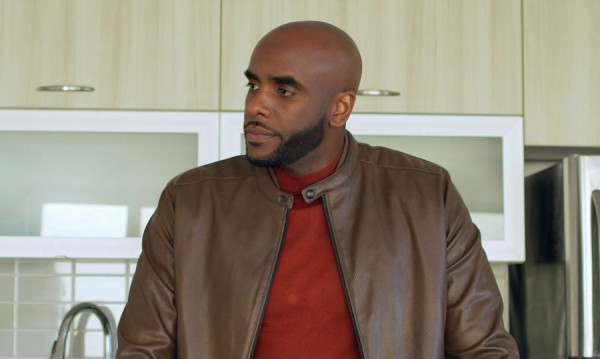 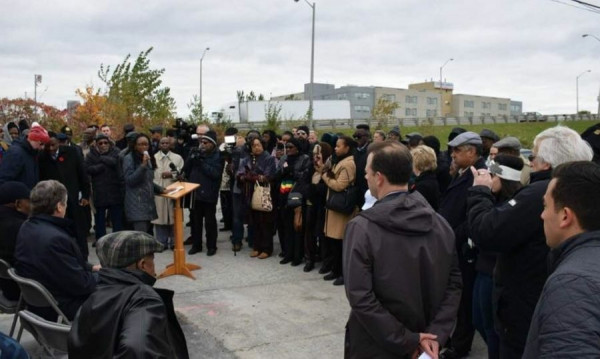 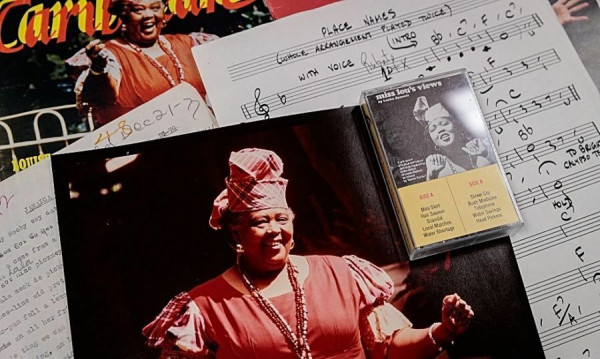