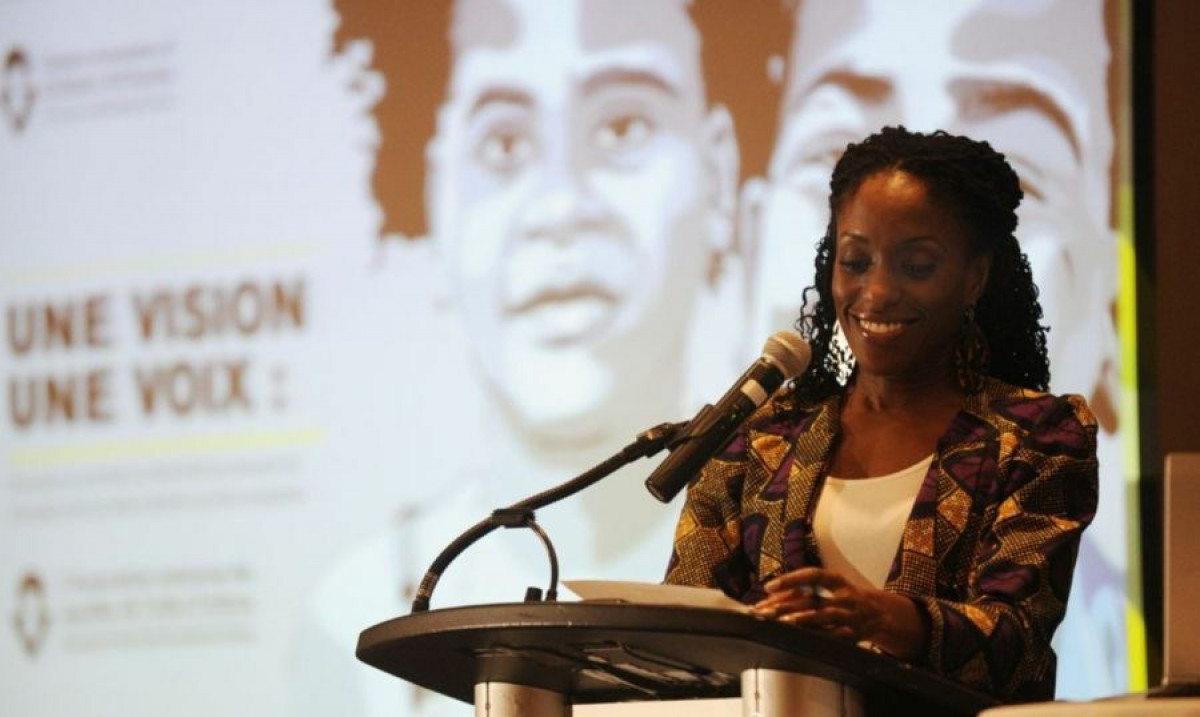 There are rare moments when you get to witness history in the making. Some of us only realize the importance of an experience years after it has been lived.

But that wasn’t the case a few weeks ago as I watched hundreds of black CAS workers pour into a packed hotel conference room for the All In! Symposium organized by the One Vision, One Voice project. I was fully aware that never before had African-Canadians employed by Ontario’s Association of Children’s Aid Societies spoken so freely about their concerns and lived experiences with anti-black racism within the agency. More than an opportunity to vent, it was an empowering two-day call to action with speakers who affirmed their role in our community and society-at-large.

One of whom, was Notisha Massaquoi, the Executive Director of Women’s Health in Women Hands Community Health Centre, who along with her partner adopted a girl through Toronto’s Children’s Aid Society. Her story brought me to tears as she described the traumatic first day her adoptive daughter spent in the family home.  When she answered her door, her toddler had been dropped off on the doorstep along with a large black garbage bag. She caught a glimpse of a car peeling off down the street but there was no adult in sight. Her child was diagnosed as developmentally delayed. After being raised in what Massaquoi describes as a white supremacist foster home, her daughter feared black men and was ashamed to look at her own reflection in the mirror. The room fell silent as we listened to a detailed list of health issues, challenges and shortcomings that she and her partner were told to expect as a new parents. However, it wasn’t long before attendees erupted into applause and cheers when we learned her daughter is now thriving, loves wearing her hair in braids, is a talented violinist and has been reassessed as a gifted child.

While the speech was inspiring, it was also telling of how much work needs to be done on the front-lines to ensure that black children have advocates who look like them and understand the impact of inter-generational colonialism in Canada. However, being a disruptor isn’t a role everyone is willing to play says Kike Ojo. Ojo is the project manager of OVOV, which is funded by OACAS to address service outcomes and disproportionality for African Canadian families in child welfare. She says confronting the issue with white peers comes with a price.

“Workers across the province explain to me that they risk so much when they advocate. When they try to do those things inside of the work environment, they experience being ostracized or demonized or understood as too aggressive or antagonistic. And they’re marked. It can impact succession. It can impact getting that promotion or getting that supervisory or director-level position if you’re understood as not towing the line of the organization.  So there’s a lot at risk for staff who are attempting to speak out.”

According to OACAS more efforts are being made at all levels to improve the quality of care black children receive in the child welfare system. CEO, Mary Ballantyne, announced she’ll be retiring and will be replaced by Nicole Bonnie in January 2019.  Bonnie is currently the director of diversity and anti-oppression at the CAS of Toronto. She will be the first African-Canadian at the helm of the organization.
Ballantyne, spoke openly about her lengthy career with the agency and the years it took to unlearn certain ideologies. Admittedly, she did not initially feel comfortable with the descriptor “anti-black racism” and wanted Ojo to consider using less direct terminology when addressing the issue in the One Vision, One Voice research report which outlined the first part of a practice framework in 2016. Although Ojo was not willing to compromise, she was still terrified to express her disagreement.

“I was a mess, I would be in a complete cold-sweat at the end of those meetings. They were battles. I cried, many times in her office and coming out of her office. We have raised voices at each other. To put anti-black racism into the lexicon of child welfare, you have to decide that your mission is greater than your fear. But I had fear - and I don’t think people understand that about my work, watching it from a distance. But my mission is greater than my fear and that’s what drives me.”

Weeks following the two-day symposium, Premier Doug Ford stated he planned to repeal the Provincial Advocate for Children and Youth Act and transfer the Ontario Child’s Advocate duties to the Ombudsman.

The announcement sent shockwaves throughout the province. Children in foster homes, group homes and youth detention centres would no longer have someone to speak on their behalf and ensure their safety and protection while in care by government agencies and institutions.

Shortly after the Premier’s announcement, Sylvia Delgado, an Afro-Indigenous CAS worker filed a lawsuit against the agency for anti-black racism against workers and clients. The matter will be brought before the Ontario Human Rights Tribunal by former mayoral candidate and human rights lawyer Saron Gebreselassie.

As I attempt to process the news headlines, I’m reminded of Malcolm Gladwell’s book The Tipping Point. The idea is that a series of seemingly small events can lead to a major societal shift. The All In! Symposium was a powerful representation of unified thought in action, and Ojo says it signifies a growing momentum.

“I don’t think that it’s been understood before now that black staff need to collectivize. There’s a value to black staff collectivizing. All social workers in child welfare are traumatized  by what they call vicarious trauma. But if you’re black, we have to consider the fact that this is a sector that has an overwhelming over-representation of black families, children and youth in the system. There is so much that we can do as a collective in advocacy and change work with the protection of a group so that there can be accountability.”

True Daley is an actor, arts educator, singer/songwriter, community worker, multi-media journalist and pop-culture critic. Her career spans over 20 years and she has worked with major outlets including CBC, The Toronto Star, Macleans and Flow 93.5FM. Currently, True is in pre-production as the co-director of a documentary #EBCM while running arts programs in the Jane-Finch and Parkdale neighbourhoods.
@truedaley | @freshvintageboutique 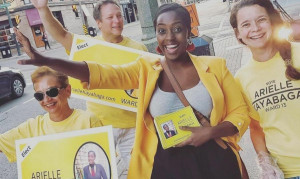 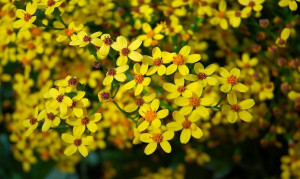