This Young Ontario Woman Was Accepted To Harvard, But Now Has Just A Month To Raise $75K Featured 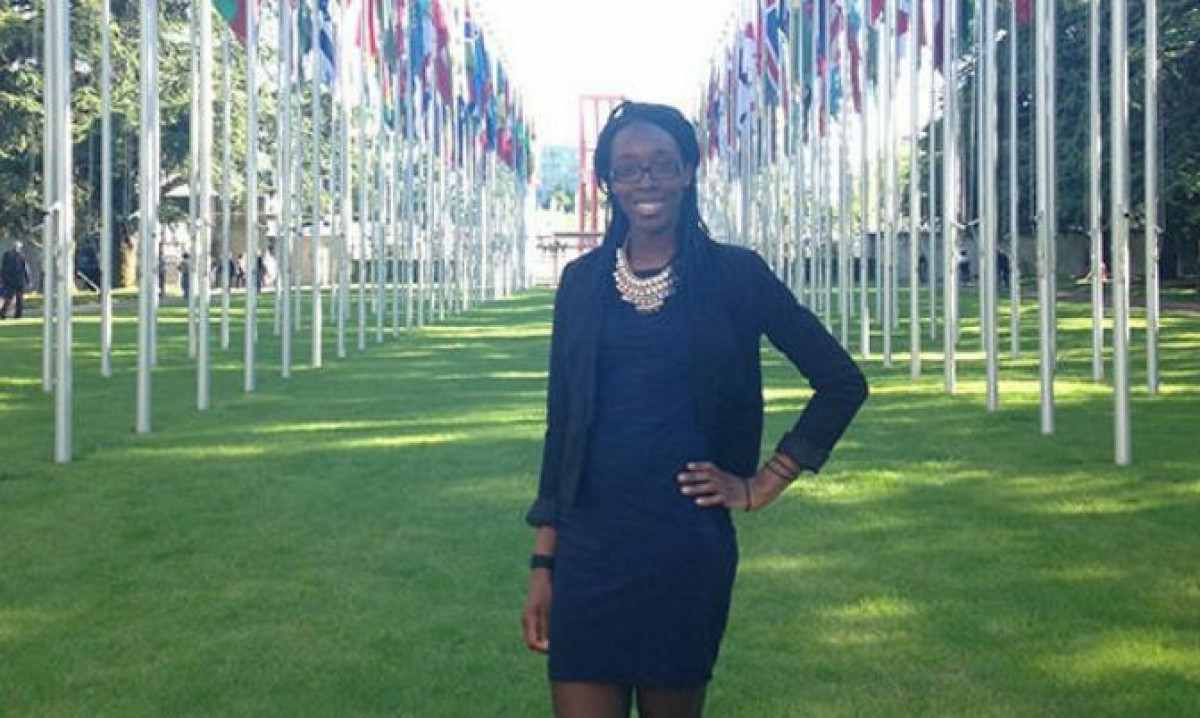 Imagine getting into Harvard University and then finding out you've got just three months to come up with tens of thousands of dollars to prove you'll be able to afford the tuition.

Growing up, Harvard seemed like a dream to Miller. She was blessed with teachers and mentors who believed in her — but not everyone was so supportive.

"For sure, people have told me in the past, 'You're not going to get far with a name like Na'Shantéa with an apostrophe, an accent aigu and a capital 'S,'" Miller told CBC News.

When it came time to do the standardized GRE test, required for most graduate schools in the U.S., Miller says she didn't do very well. But the only thing worse than rejection, she told herself, was not knowing.

And got in to all of them, with just one exception:

"I was shocked ... because I never expected to get in. It was really just applying to be rejected, and then at least telling myself that I tried."

But getting accepted is one thing and the reality of going to her dream school, she learned, is quite another.

Miller was accepted to the Harvard Kennedy School's Master's in Public Policy, a two-year program she says costs more than $115,000 per year. And for the school to provide her a student visa, she needed to come with one year's worth by June 15.

Scholarships are one option of course and Miller has been scouring to find as many as she can that don't require her to be a U.S. citizen. She's applied to several already. But, she says, "It's a waiting game."

It's a situation Miller says is all the more ironic in the wake of the college bribery scheme south of the border.

A group of wealthy parents, including big names in the business world and in Hollywood, are currently on trial for allegedly forking over thousands — in some cases millions — of dollars to buy their children's way into top U.S. schools.

Since the scandal broke, some of the children of those parents have said they never wanted to go to the schools in the first place.

"Literally, it's the opposite situation," said Miller. "I actually want to go, and I wish my parents were so wealthy that money wasn't an obstacle. But it just shows the dichotomy of what money can get you."

Miller isn't oblivious to her own privileges, though.

A mentor of Leadership By Design, a program designed to help high-achieving Black students from the Toronto area, Miller has been encouraged by friends and other mentors in and out of the program — people she says believed in her, urged her to apply to schools she thought were a pipe-dream, and took the time to look over her application.

It was some of those people, she says, who encouraged her to start a GoFundMe campaign, all in the spirit of being able to say she'd done everything she could to make her dream a reality.

Miller says she applied for financial aid at Harvard, saying the school encouraged everyone to apply regardless of their need, but says she wasn't chosen.

When she contacted school officials to tell them she may not be able to come up with the money, she says she was told there was little they could do.

"Regarding funding, we certainly wish we had more aid to award the many fine candidates who apply, but we are unfortunately unable to offer funding to all deserving applicants," she was told in a letter last month.

CBC News reached out to Harvard to ask about Miller's case but didn't receive a response.

In the one month she has left, Miller plans to apply for as many scholarships as possible, some totaling just $500 each, to try to pay her way to the school.

"Going to Harvard is a privilege and a once-in-a-lifetime opportunity, but it's not a necessity," she said. If she does make it, she says, her degree will always be a reminder that "I didn't get there by myself."

And no matter what, she says: "One thing that I will be doing is paying it forward."