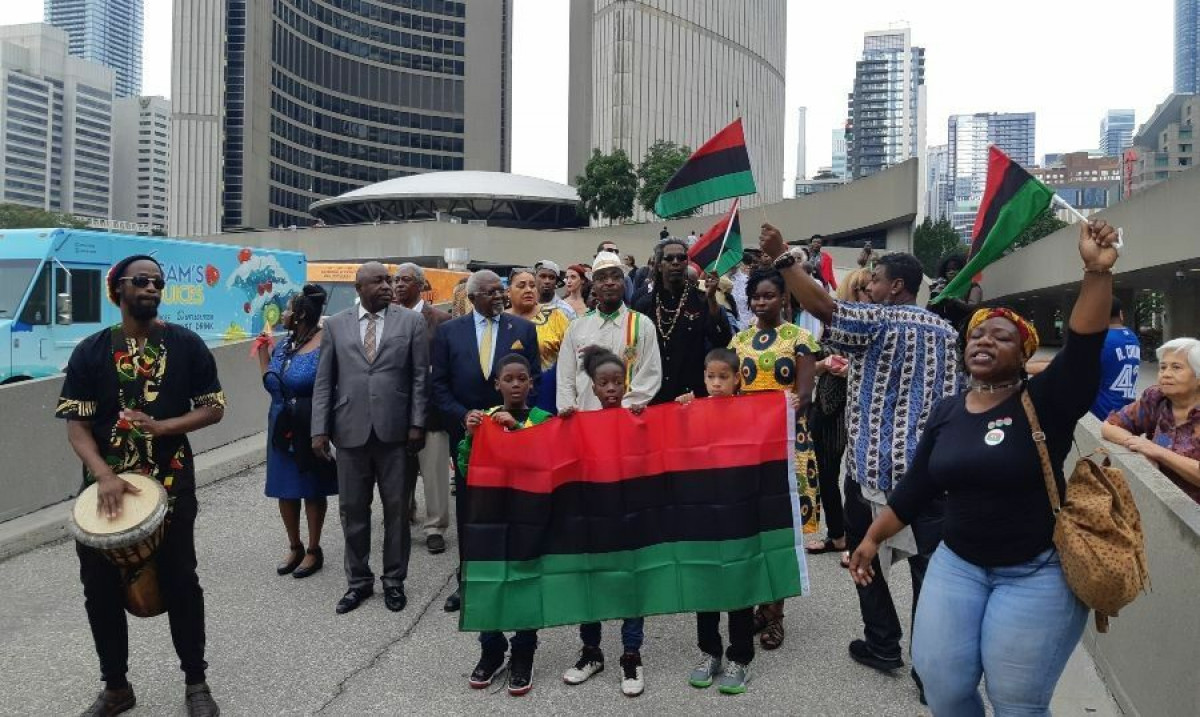 For Dewitt Lee, co-founder of Emancipation Month Canada, August is more than just a time to host city-wide events; it’s a time for change.

August 1, 2019 marked the first time in Toronto’s history that Emancipation Day became a month-long celebration. This change was also accompanied by the raising of the Pan-African flag at City Hall.

“I started to see a grand vision to introduce a month-long curriculum that would impact not just Canada but would connect us to the United Kingdom and every other place that was under the same oppression by the same oppressor,” Lee said concerning the purpose of the month’s events at the Emancipation Month flag-raising ceremony.

Emancipation Day, which has been official in Ontario since 2008, is a day to commemorate the abolition of slavery in Canada.

Founded in 2016, Lee's organization receives support from the City of Toronto’s Confronting Anti-Black Racism (CABR) unit. They now also have the full support of the City of Toronto after Mayor John Tory publicly proclaimed August 2019 as Toronto’s first Emancipation Month.

While this year marks the 185th celebration of Emancipation Day, Anthony N. Morgan, who works as the Training and Development Consultant at CABR, believes that celebrating it as a month-long event brings more recognition to the Black communities in Toronto and the particular struggles they face and “[ensures] that the City of Toronto is inclusive and supportive of the needs of Black Torontonians.”

Morgan noted that the event is open to all those in the Black community and those who are allies of the community. “We recognize that emancipation is an unfinished project that we’re trying to get closer to. We welcome all the support that helps us get closer to that,” he added.

The flag-raising event, which was held on the 17th of the month, started at 2 p.m. and included an opening invocation to welcome the African ancestors of those present at the event; a short speech from Wendell Gibbs - the pastor of Canada’s oldest Baptist Church; the singing of O Canada, the raising of the Pan-African flag, and a communal march down to Nathan Phillips Square.

Later in the evening, there were speeches by various leaders in the Black community such as Dr. Julius Garvey, the son of the late civil rights leader Marcus Garvey, as well as performances, live paintings, and a lunch served to all those in attendance.

Apart from the flag-raising, many events have been held throughout the city, consisting of talks by prominent Black intellectuals and lunch-and-learns. The celebrations wrapped up with a closing ceremony at City Hall.

Dewitt Lee hopes the month long celebration will empower and further educate Toronto’s Black community. “August is a month of curriculum, of learning, of healing, of reconciliation. This is a month for us to talk about race,” he said.