By Administrator
Published on Saturday, August 1, 2020 - 20:02
Up until now, the Canadian government has only acknowledged this country's relationship to slavery via the Underground Railroad. But right on time for Emancipation Day, the Liberal government has announced four separate "historic designations" which includes admitting that slavery existed in Canada between 1629 and 1834.

This designation came to fruition because of Nadine Williams, a Jamaican-Canadian poet, author, and arts educator. "It was through very arduous work done and a process that started Dec. 1, 2018 that this recognition finally happened," says Williams. "The process involves researching what has not yet been designated and then putting forth a nomination which goes through a lengthy process of approvals and talks with historians."

A press release outlines that there were more than 4,000 enslaved people of African descent in the British and French colonies that later became Quebec, Ontario, Nova Scotia, Prince Edward Island, and New Brunswick. Children, women, and men were reduced to property that could be bought and sold, exploited for their labour, and subjected to physical, sexual, psychological, and reproductive violence. Britain outlawed participation in the Atlantic slave trade throughout its Empire in 1807. However, it wasn’t until the passage of the Slavery Abolition Act in 1833 that the British parliament prohibited enslavement, effective August 1, 1834. In the years that followed, all people of African descent in Canada were legally free, but they were not equal: they have faced systemic racism, racial segregation, prejudice, and inequality in Canadian society, the roots of which can be traced back, at least in part, to the many, complex legacies of enslavement.

Williams was also behind the push to get the West Indian Domestic Scheme officially recognized. Between 1955-1967, the scheme was a targeted immigration program that permitted approximately 3,000 women from the Caribbean to come to Canada to work as domestic servants, mainly in wealthy white homes, as a path to eventual citizenship. This program offered a very limited route for Caribbean immigration to Canada at a time when discriminatory government policies restricted non-white immigrants from settling in Canada. The program prevented women from coming to Canada with their spouses or children, leading to many broken homes and traumatic separations, until years later when the women could "send for" their children.

While the program was discontinued in 1968, some of the women who participated went on to make significant contributions to Canadian history and helped to build vibrant Caribbean communities in Montréal and Toronto. One of the best-known participants in the West Indian Domestic Scheme is the Honourable Jean Augustine, who migrated to Canada from Grenada in 1960 before going on to become the first Black Canadian woman elected to the House of Commons in 1993 and eventually appointed to a Cabinet post in 2002. As Parliamentarian, Jean introduced a motion to declare February as Black History Month, which ultimately passed and is widely celebrated to this day.

“As we reflect on our history over the last 400 years, we can see the many contributions of Black Canadians as integral to the building of our nation and its history. Black Canadians have made and continue to make significant contributions to the cultural, social, and economic prosperity of Canada. Today’s announcement acknowledges past tragedies and injustices but also highlights the perseverance, resistance, resilience, and strength of Black Canadians throughout our history. These designations will help raise awareness of Black history in Canada and the unique challenges faced by Canadians of African and Caribbean descent,” says Greg Fergus, MP for Hull-Aylmer and Chair of the Parliamentary Black Caucus.

Pierpoint was born in the Kingdom of Bundu, a region located in present-day Senegal. He was captured, forcibly transported across the Atlantic to the Americas and then sold into slavery as a teenager. After 20 years of enslavement in the British Thirteen Colonies, he regained his freedom by fighting for the British during the American Revolution and settled in Upper Canada by 1791. During the war of 1812, he was involved in the creation of “the Colored Corps”, composed of men of African descent who helped protect Upper Canada by taking part in the fighting and repairing fortifications in the Niagara region. He unsuccessfully petitioned the Lieutenant Governor in 1821 for passage back to Africa, and died in 1838 on his farm in the Township of Garafraxa. In recent years, the life of Richard Pierpoint has been recognized as one of the more well-known examples of the early contributions and hardships of Black Loyalists.

Heavyweight Boxer Larry Gains was nominated for this designation by Peter Meyler, an author of a number of works in Black Canadian history.

Gains was born on December 12, 1900, in Toronto, Ontario. His full name was Lawrence Samuel “Larry” Gains and he was one of the most talented boxers in the first half of the 20th century. Despite racial discrimination, he gained prominence in the 1920s and 1930s by winning the Canadian, British Empire, and World Colored Heavyweight Titles. It was difficult for Gains to find top-level fights in North America, where racial discrimination limited his opportunities. Moving overseas was a common strategy for Black fighters at the time who hoped that, in Europe, they would have their athletic achievements assessed on an equal basis with their white opponents. Gains left Canada in 1923 to pursue his professional boxing career in Great Britain and Europe. In February 1927, he won his first professional title when he became the Canadian Heavyweight Champion. A year later, he won the World Colored Heavyweight title and in 1932 became the British Empire Heavyweight Champion. His career was limited due to racial discrimination, as non-white athletes were barred from competing for the English Heavyweight Title and promoters maintained an unofficial colour barrier for the World Heavyweight Title, both championships for which he was a legitimate contender.

"Today’s announcement is a step towards acknowledging our past and current injustices, foster healing, and bring about the long-term changes necessary to eradicate racism and discrimination in all its forms," says Bardish Chagger, Minister of Diversity and Inclusion and Youth.

Parks Canada says designations like these are largely driven by the public. To date, more than 2,150 designations have been made nationwide. To nominate a person or historical event in your community, please visit the Parks Canada website for more information.

"I Am Not Sure Black Students Want To Go To Western Right Now": Alumni Says 30 Years Later Not Much Has Changed 02 August 2020
Ethiopians In Toronto Keep New Year Tradition Alive 11 September 2020 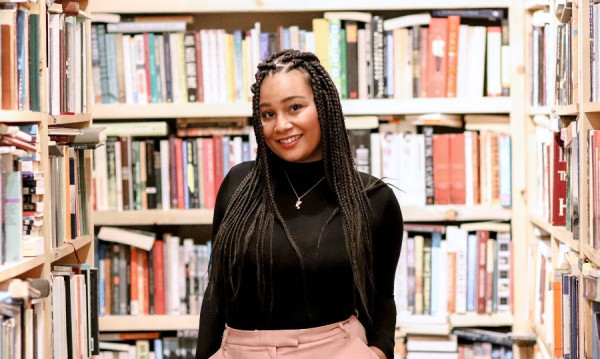 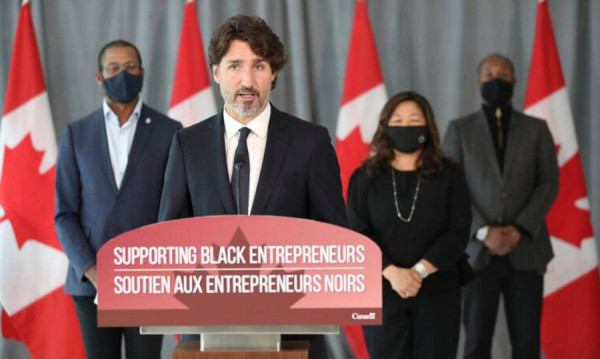