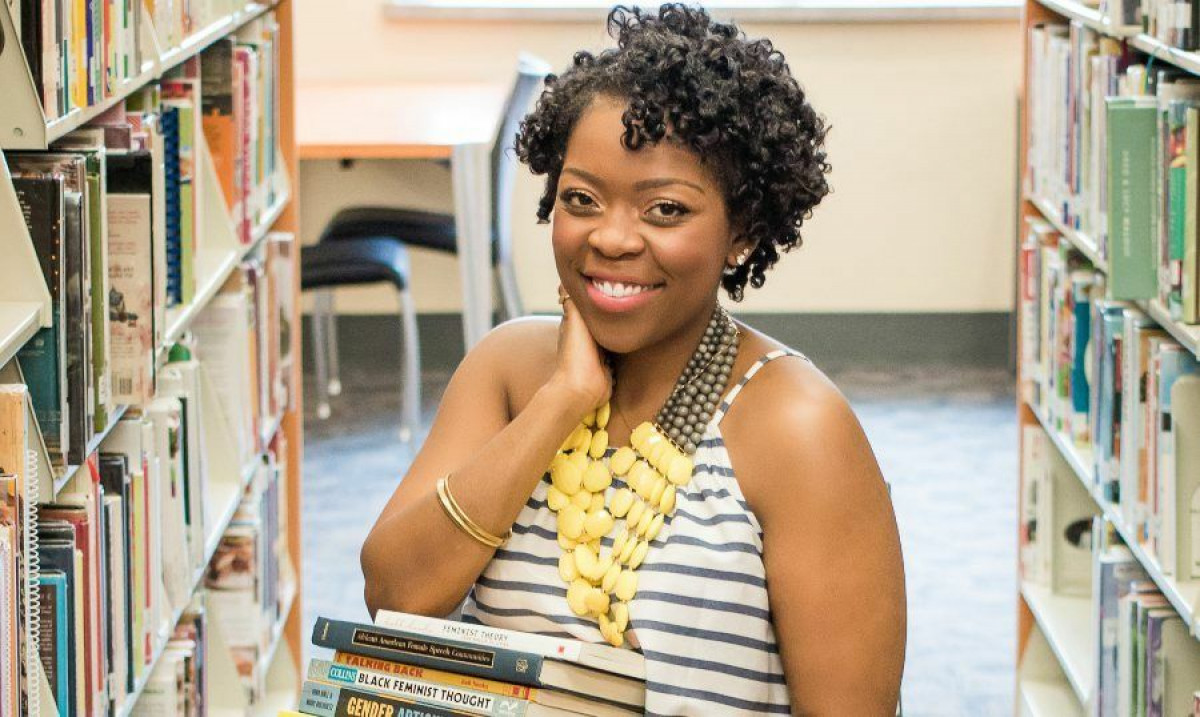 Dr. Shardé Davis is a professor in the Department of Communication, and a faculty affiliate of the Africana Studies Institute and the Institute for Collaboration on Health, Intervention, and Policy at the University of Connecticut.

Dr. Davis was left reeling from the loss of Black life playing out on social media before she came up with the hashtag #BlackInTheIvory. Affected by the police killings of George Floyd and Breonna Taylor, the tweet was both an act of solidarity and a sentiment shared with protestors decrying anti-Black racism around the world.

Anti-Black racism is undoubtedly prevalent in academia and affects African-American and Black Canadian academics across North America. Taking the form of microaggressions, tokenism, gatekeeping, and silencing, the inequitable representation of Black academics also creates an isolating space for racialized faculty; faculty who don't often see other Black colleagues where they work. In light of these issues, Dr. Davis sought to give Black academics like herself a platform where they could talk about their experiences with racism. Other Black scholars who shared Dr. Davis’ hashtag have also taken measures to address anti-Black racism within their fields of expertise.

“When thinking about action and the action I could take," begins Davis, "I asked myself what I could do within my sphere of influence and area of expertise.” The assistant professor's work focuses mainly on research around themes of racial and gender identity. “As people in the U.S. began sharing what police brutality, negative interactions with law enforcement, and prison mass incarceration meant for them, I started to think about academia,” shares Davis.

Her desire to speak on the matter prompted Davis, and co-founder Joy Melody Woods, to turn to social media. “I thought I’d just go to Twitter and start sharing my stories,” says Davis. “and I came up with this play on words, Black in the Ivory." Now, the hashtag #BlackInTheIvory unites Black academics from the U.S., Canada, and the U.K. to name just a few. “The hashtag was tweeted out on Saturday night,” remembers Davis, “and by Sunday evening, it was in the top 20 most trending topics in the United States.”

Davis’ hashtag and its outreach also correspond to the Scholars Strike movement that swept across North America following the protests. The two-day strike held by American scholars began in the U.S. with professor Anthea Butler from the University of Pennsylvania. Inspired by Butler, University of Toronto scholar and educator, Beverly Bain, and Min Sook Lee, an assistant professor at OCAD University, brought the strike to Canada. The action ran from Sept. 9 to Sept. 10 and hosted academics from around the country. The large turnout comes as no surprise to Black academics having to navigate many forms of anti-Black racism in their line of work.

“But let’s consider why and how we are hearing the same stories by people who have no other shared biography except for the fact that they’re black and working in academia,” offers Davis, “which is very indicative of the fact that it’s all sprouting from the same root.”

But how deep does systematic racism go as far as the academy is concerned? Canadian art historian, Dr. Charmaine A. Nelson, had an explanation for that while speaking at the Black Bodies and Anti-Black Racism event, hosted by the Black Law Students' Association Society on Nov. 5, 2020. “The concept of whiteness, Blackness, Nativeness, and  Asianess, didn't exist before Transatlantic Slavery as supposedly biological categories of human difference and value,” explains Nelson, “and Blackness then became a category that was deemed to be always enslavable.” Nelson is a well-renowned Canadian art historian who specializes in trans-Atlantic Black diasporic art. Davis describes growing up feeling different in terms of her “Blackness.”

“So, this is the late 1990s, early 2000s, where there were not a wide range of representations of Blackness,” states Davis. “Because of that, I think society and even black culture thought of Blackness in one way that boxed us in and treated us like a monolith.” Another term with similar connotations is racialization. “Today, the term “racialization” is generally used to identify the process,” reports The Equity Myth, “by which ethno-racial groups are among those racialized, created, categorized, inferiorized, marginalized and othered.” How racialization works against Black academics include preferring Eurocentric knowledge and teachings over racialized ones, gatekeeping, silencing, tokenism, and the questioning of their authority. “I was present in the art that professors were showing us, but they were not talking about the Black bodies,” says Nelson. “So they frequently showed images, especially of Black women like Manet's "Olympia", while talking around the Black woman.”

Nelson is not the only one to experience the Eurocentrism surrounding academia.

“I realized that throughout my whole academic career, I never learned about African history or Black history,” says Jamilah Dei-Sharpe. “The only time that history was discussed was in terms of us being marginal, oppressed, or slaves.” Dei-Sharpe specializes in sociological research at Concordia University. Her founding of the Decolonial Perspectives and Practices Hub has led to the inclusion of national and global QTBIPOC scholars and their research in an academic space of their own. The Equity Myth reports, “Systemic barriers persist within the Canadian university, and Eurocentric frameworks, standards, and content are given not only more resources, but also more status; especially when it comes to hiring, promotion, and tenure decisions.”

This goes hand-in-hand with the process of gatekeeping, which leads to the exclusion of Indigenous and racialized students, academics, and faculty. As an academic, Danielle Slaughter wrote in her blog, Mamademics, “being a gatekeeper means you serve as a protective barrier for those inside the system, in order to receive residual benefits.” Sociology professor and contributor, Adia Harvey Wingfield from The Atlantic further articulates the ways colleges and universities act as gatekeepers. “In fact, predominantly white colleges and universities may even be more reluctant to recruit and hire faculty of color than students of colour,” wrote Wingfield.

Equity, Diversity & Inclusion at Canadian Universities, a 2019 national survey by Universities Canada, finds that there is a lack of diversity in senior leadership among faculty. “While racialized people represent 8% of senior leaders,” reads the report, “they represent 21% of full-time faculty, 31% of doctorate holders, and 22% of the Canadian general population." It goes on to say, “While students matriculate at an institution for a short period of time and then leave, the tenure system means that faculty of colour may remain at a university for decades, even a lifetime.”

“Hiring processes become gatekeepers,” remarks Dean of Fleming College, Neil Price. “You know, you hear the word fit, or a good fit, a lot. Is he a good fit? Are they a good fit?” Price not only works on community research and adult education but also writes articles. Some of his most notable work includes The Community Assessment of Police Practices (CAPP).

For Black women in academia, however, gatekeeping comes in a more complex way through the form of intersectionality.

Dr. Jessica Ware, a Canadian-born, first Black curator at The American Museum of Natural History adds, “My first semester as a graduate student, the guy who was a technician in the lab actually told me to my face that I should drop out,” According to Ware, who specializes in entomology, the technician asserted Blacks and women had no place in science and believed they were stealing work from white people. “I guess because I had been approaching academia from such a naive perspective, it was very hard to hear that,” admits Ware.

Another form of anti-Black racism scholars face is denial. “[The university] represents a bastion of liberal democracy that enjoys a popular image of an institution free in the pursuit of knowledge, avant-garde in thinking, and fair in practice,” The Equity Myth reports. “Such beliefs support widespread denial that racism exists.” Denying the fact that systematic racism is at play in the academy also leads to another damaging act of racial violence; Silence.

“There's the feeling of being too loud or too quiet because of the social pressures on you,” said Dei-Sharpe. According to Teaching while Black, an article by University of Toronto professor of Sociology, Beverly-Jean Daniel, “Research has shown that student evaluations are highly subjective, based on the likeability of the instructor and how good a student is made to feel in the classroom.” Daniel also notes that when conversations about race are brought up by a racialized professor, students tend to think of it in terms of bias. “I am frequently framed as biased, racist, and hating White people," says Daniel.

Daniel’s article highlights one of the ways gatekeeping harms racialized students or faculty who dare to speak about anti-Black racism. “Subjective evaluations of a professor can be used to determine tenure or promotion within the academy,” writes Daniel, “and when students file complaints with the administration, even informal ones, the complaints are logged as yet another fundamental skill that is lacking in the racialized professor.”

In late October this year, a survey by Leger and the Associations for Canadian Studies found that most Canadians supported derogatory terms in class for educational purposes. According to the survey, nearly 65 percent of those surveyed agreed with the suggestion that the political correctness movement has gone too far on campuses. It does not help that the number of racialized university teachers is low, further isolating Black members of academia from the predominantly white setting.

A Canadian Association of University Teachers (CAUT) report from 2018 finds that Black university teachers make up two percent of the faculty. “I can’t think of another Black ICU doctor in Canada off the top of my head,” says Dr. Kwadwo Kyeremanteng, an Intensive Care Unit (ICU) doctor. Aside from his medical career, Kyeremanteng produces podcasts that tackle healthcare sustainability and anti-Black racism.

With all these incidents and data highlighting anti-Black racism within academia, there are questions as to whether anti-Black systemic barriers exist within these institutions. The only questions remaining are whether academies will recognize their part in upholding these issues and if they do, how they will act to resolve them. In light of the protest movements and public outcry leading to a reckoning within all segments of our society, it will only be a matter of time before academic institutions will have to address anti-Black racism or face a reckoning of their own. Academia will have to decolonize itself to move beyond antiquated structures that hold back progress, and that can only be accomplished with the help of Black and racialized academics leading the way. 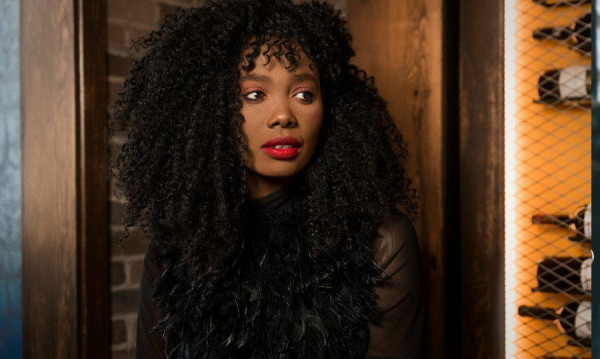 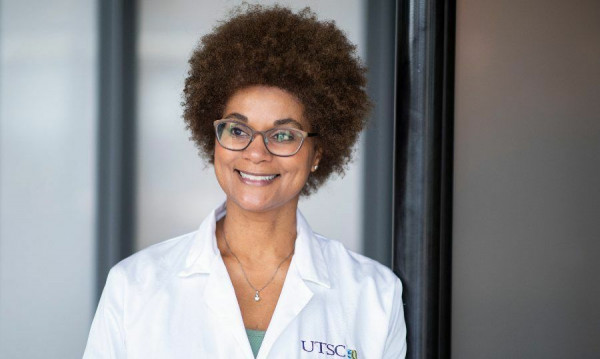 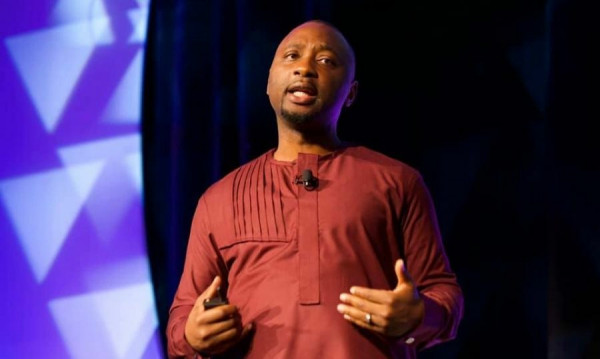