By Feleseta Kassaye Woldtsadique
Published on Saturday, April 10, 2021 - 11:18
“Freedom is something that everyone should value and that’s what Emancipation Day is all about, the beginning of freedom,” says Rosemary Sadlier, the woman who spearheaded the effort to get the Government of Canada to officially recognize Black History Month (recognized nationally in 1995) and Emancipation Day (recognized nationally in 2021).

On March 24, 2021, Members of Parliament in the House of Commons voted unanimously (with 335 votes) to designate August 1st as Emancipation Day across Canada. “I fought for the recognition of Black History Month and Emancipation Day in Canada because I’m a Black woman and didn't need any other reason,” says Sadlier. “I know how racism has impacted myself, my family, and the community in Canada, and this is a societal issue that we have to deal with."

We sat down with Sadlier, an author, speaker and consultant on diversity and inclusion to get her in-depth look at the long journey to make this a reality.

Congratulations on your success in the recognition of Emancipation Day in Canada! What was your immediate reaction to the announcement?

There were a number of problems with voting that afternoon. Since they needed to keep having to restart, I was worried it would be timed out and wouldn’t happen. I had my camera up so that I could record anyone who didn’t vote in favour. As I watched the vote and realized that everyone was voting in favour, I began to cry. So many people came together to support this initiative. For one moment in time, political differences didn’t seem to matter. I would say, it was a great success for all Canadians.

Emancipation Day is the acknowledgment that Canada had made it possible for people of African descent to be free from slavery. It’s an opportunity to recognize the destruction brought about by slavery internationally through the transatlantic slave trade, and nationally within our own country.

What do you think is the significance of marking this day at a national level?

Emancipation Day is about freedom from slavery. The whole point of marking this day is to have more discussions about the things that put us where we are right now. It gives us a good opportunity to talk about racism and what we can do to make a difference.

Tell us about the journey to make this happen. Obviously, something like this takes years of advocacy and hard work.

I did not create Emancipation Day itself. It was an event that took place a very long time ago. My effort was focused on revitalizing and bringing it back to contemporary society. I began working on this cause in 1995 and have slowly garnered mainstream success. It’s taken very long for the federal government to make this work. I had more immediate success with the city of Toronto, Metro Toronto, and the city of Ottawa (1995 - 1996). At this point, I kept working at the provincial (Ontario 2008), federal, and national levels. It has since gone on to a second reading twice in the House of Commons (1999 & 2000), a second reading in the Senate (2018), and a second reading in the House of Commons again with MP Majid Jowhari. It finally went through with a surprise unanimous vote. I didn’t know if that was going to be possible so I was very happy about that. The turning point was when this government (Liberals) came to power. I immediately met my own MP (in 2015) and started meeting with all the MPs that I had access to. I created a parliamentary petition, got 500 signatures (in 2016) and that’s what helped move it through.

What were the main challenges you faced as an advocate and how much work did it take to realize this?

It was frustrating. I think it’s important for me to point out that I approached this in a non-partisan way and I’ve approached people from all sides of the political spectrum because I wanted everyone to have a voice in supporting this cause. I worked with people from different backgrounds, including those who were in opposition to vote in favour of this measure, and I know that in the Senate, it was struck down after second reading and I learned there was some opposition. So I went to the opposition’s side and met with them personally. They told me that there were other factors involved, but they weren’t going to oppose it. Unfortunately, the session ended, otherwise, we’d have had this discussion years ago. Another issue is that it was going through private members’ bills. There is a limit to what they can do. Moreover, you have to find a member that’s willing to use a private member’s bill to put something like this forward. Government sessions also end and I have to wait until the next session. Sometimes people use the time to make political points and not support these kinds of initiatives. So time goes by and you are literally stuck. I was doing all this at my own expense. Certain people might think I was paid for my service at the Ontario Black History Society when in fact I didn’t earn anything - I was the President of the Board of Directors. I was there due to my passion and commitment, not because it was 'my job'.

After 25 years, it must have taken a lot of energy, time, and effort. Was there any specific moment you felt like giving up?

I didn’t expect it would take 25 years. Things take a long time because change is not always something that people welcome. At times it seemed easy and at other times it felt really frustrating, and frankly, annoying. You would like to think that you’d have support and sometimes that support doesn't come immediately. But I'm not the kind of person who gives up easily. If I commit to doing something, I try very hard to just keep going until it's done.

Who are the people and organizations who helped you along the way?

Initially, I represented an organization, but I was still pushing for this even when I was no longer with that organization. I’m deeply indebted to MPs Ted Arnott, Maria Van Bommel, Peter Kormos, Deepak Obdrai, Arif Virani, Greg Fergus, and Majid Jowhari. I’m also grateful to Senator Wanda Thomas Bernard, Mayor Tory, and Lieutenant Governors David Onley and Elizabeth Dowdeswell. In addition to all the politicians who championed this at various stages, I want to thank people without whom this would not be possible. They are Aileen Williams, Marion Byard, Denise Byard, and Gillian Small from OBHS; David Hassell from RCS Toronto; and David Spence from RCS National. I certainly want to mention John R. Nay, the US Council General, who was also very supportive. However, I would like to say that it would have been nice if there had been more people helping us out.

Have you participated in Emancipation Day events so far? If yes, which one you would like to talk about?

When the people of Windsor felt motivated to start doing something to celebrate Emancipation Day again, I was the very first keynote speaker they invited. It was a gala dinner and I was with John Nay, the Council General for the United States at the time. We both flew in from Toronto to be in attendance, and he wanted me to provide the keynote address because of my recent success in having passed a unanimous bill with the province of Ontario. That was a very special momentum for me. When Windsor renewed their efforts to celebrate Emancipation Day, I was invited again as a keynote speaker. I've also been invited to events in other parts of the world. In one place in Washington, D.C. I was part of the Emancipation Parade, and I met Dick Gregory, Jesse Jackson, and Kirk Franklin.

We still have COVID-19 to deal with and I don't think things are going to be too different by then, which is too bad. But I think it will be interesting to see how it goes. I hope that more people will think about having events. I hope that there will be more attention given to Emancipation Day.

What was the situation in Canada when you were younger? Have you seen any improvements throughout the years?

The situation regarding racism was the same. What my kids went through in school is exactly what I went through in school. Some of it is at the least about lack of representation and microaggressions. We didn't necessarily encounter overtly racist language and violence, but there were different forms of racism taking place. Thank God, it isn't always people being murdered in the street. But there are still moments in time when you know that you are being treated differently because you're Black. It’s not even just about being Black. You want everyone to have more opportunities. Everybody should be able to get a job and find a place to live peacefully. It isn't just about name-calling, which is what some people would like you to think. It's about being able to live your life and have equal opportunities, and not everyone can commit to lofty ideals such as equal representation. 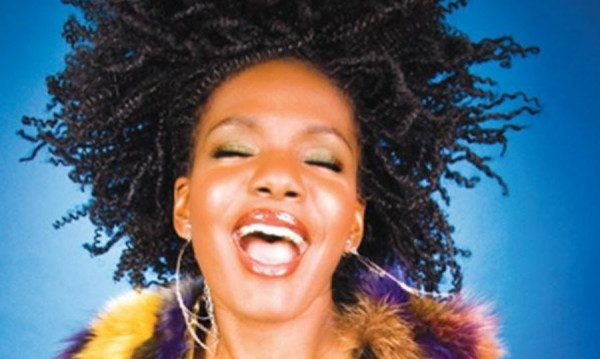 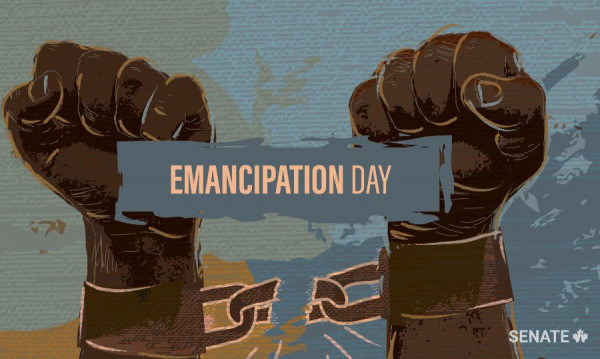 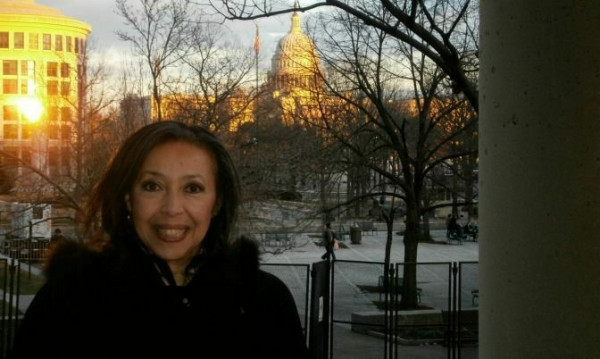