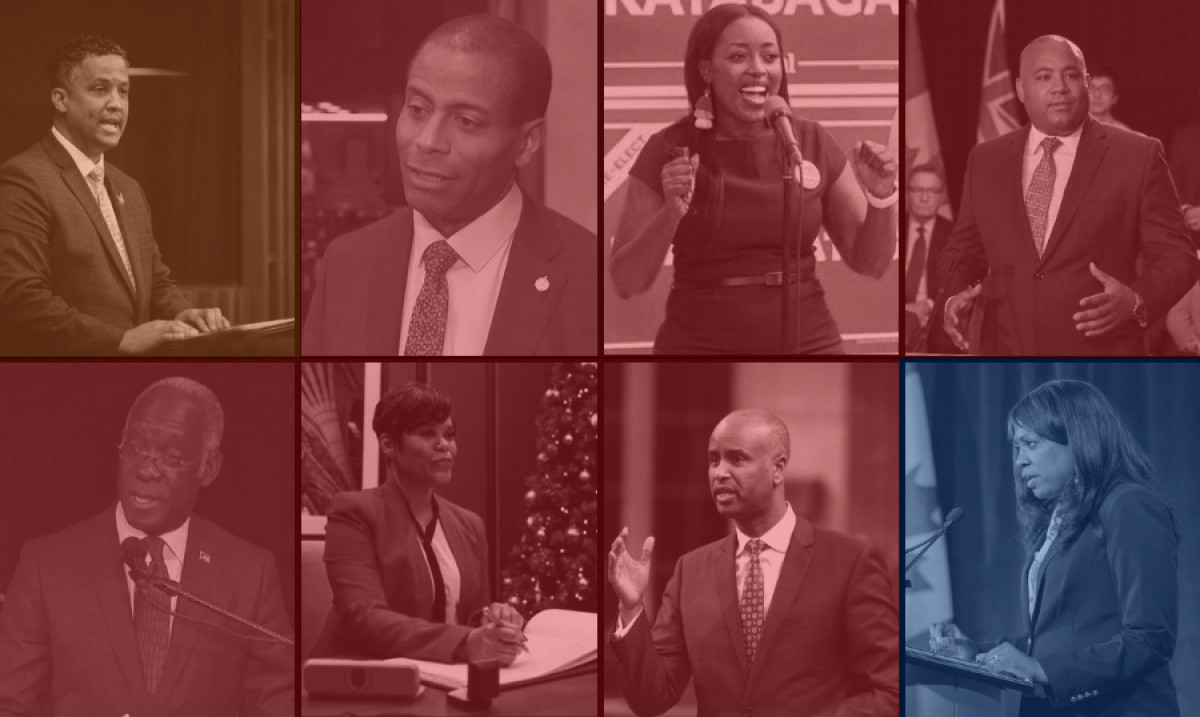 The snap federal election crept up on us and went by fast. We combed through the results to do a tally of all the Black candidates who won their seats and are now federal MP’s. In total there are now eight Black MP's in the House of Commons. Interestingly, all of them, except for two, are members of the Liberal Party.

Liberal MP Ahmed Hussen won the riding of York-South Weston in Toronto, making it his third term as the representative since first winning in 2015. ​​Immigrants make up close to 52 percent of this riding’s population, with large groups from the Philippines, Brazil, and Nigeria coming to the region in recent years, according to the 2016 Census. Hussen is the first Somali-Canadian to be elected to the House of Commons and the first to hold a federal Cabinet position. He has served as Minister of Immigration, Citizenship and Refugees as well as Minister of Families, Children and Social Development.

Liberal candidate Arielle Kayabaga made history as the first Black candidate to be elected into the House of Commons representing the electoral district of London West, Ontario. Arielle came to Canada as a refugee when her family left their home country, Burundi, in the midst of a civil war. After completing her Bachelor of Arts in Political Science at Carleton University, Arielle gained initial experience in government supporting Members of Parliament through her work in caucus services on Parliament Hill. She entered local government as part of the mentorship program at London’s City Hall and then ran a successful campaign to become a City Councillor, becoming the first woman of colour to be elected to London city council and at 27 years old, one of the youngest.

Emmanuel Dubourg held his seat in Bourassa. The Haitian-Canadian is a chartered accountant and teacher who was a provincial MNA before entering federal politics and has held the seat for the federal Liberals since a 2013 byelection. Dubourg came to Canada from Haiti in 1974, joining his other six siblings, part of a wave of Haitians who moved to Quebec as part of a special program set up by the Quebec government at the time to help those fleeing violence and instability under dictator Jean-Claude Duvalier. He was first elected to the House of Commons in a by-election in 2013, and prior to that, served as a member of Quebec's national assembly, where he helped Haitians seeking settlement in Canada after the 2010 earthquake

Greg Fergus was re-elected in Hull-Aylmer, Quebec for the third time. Born in Montreal, the 52-year-old Liberal MP holds a Bachelor of Social Science from the University of Ottawa and a Bachelor in International Relations from Carleton University. Since settling in the Ottawa-Gatineau area in 1988, Fergus has been an advocate for social housing and seniors. Fergus told the Ottawa Citizen, “I’ve lived here for 30-odd years. I’ve raised my kids here, my grandkids live here. I was a community organizer before I got elected, so I feel like there’s a real relationship between the people of Hull-Aylmer and me. I’m the same in private as I am in public because this is my home.”

Leslyn Lewis won Haldimand-Norfolk, Ontario for the Conservatives. Dr. Lewis, a practising lawyer, became the first Black candidate to run for the Conservative party’s leadership in 2020 but came in third. The daughter of Jamaican immigrants, Lewis came to Canada with her family when she was five. She is a graduate of the University of Toronto who earned a master’s degree in environmental studies at York University. She also earned a law degree and her Ph.D. in law from Osgoode Hall. She worked for a Bay Street law firm before striking out on her own.

A former award-winning TV news broadcaster, Marci Ien re-captured the riding of Toronto Centre for the Liberals, which she first won in a by-election last year after finance minister Bill Morneau stepped down. Ien’s riding also saw the sharpest cut to its polling stations, with only 15 stations available, compared to the 91 that were open on election day in 2019. Despite that, Ien secured almost 50% of the votes in her riding. During a debate in the run-up to this election, Ien notably broke rank with her party and refused to defend the Liberals for not completely lifting blood donation restrictions for men who have sex with men. The Liberal government had promised to end the discriminatory ban in both th 2015 and 2019 federal elections but this year the promise was missing from the agenda. Having only been in her role less than a year, Ien said, "I just got here, and so I want everybody to know and the young people watching, and members of the LGBTQ community watching, that I'm here and I'm pushing."

Matthew Green, NDP MP from Hamilton Centre, regained his seat. He told CBC News his victory is "really a testament of hundreds of neighbours going door to door, street to street, neighbourhood to neighbourhood, trying to connect with people on the phones." In 2014 he became Hamilton’s first Black city councillor.

Liberal candidate Michael Coteau captured 59% of the vote in Don Valley East, Toronto. Coteau came to Canada with his Grenadian father and British mother in 1976, growing up in the low-income neighbourhood of Flemingdon Park in North York. He became involved in provincial politics in 2011, winning his seat and going on to serve as Minister of Citizenship and Immigration, Minister of Tourism, Culture and Sport as well as Minister Responsible for the 2015 Pan and Parapan American Games. In 2016, it was announced that Coteau would add responsibility for anti-racism, responsible for establishing various anti-racism programs. In 2016, he was appointed Minister of Children and Youth Services, and in particular, worked collaboratively with parents to deliver a reformed Ontario Autism Program. He also was subsequently appointed Minister of Community and Social Services, holding down three separate portfolios for the government. 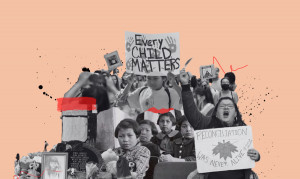