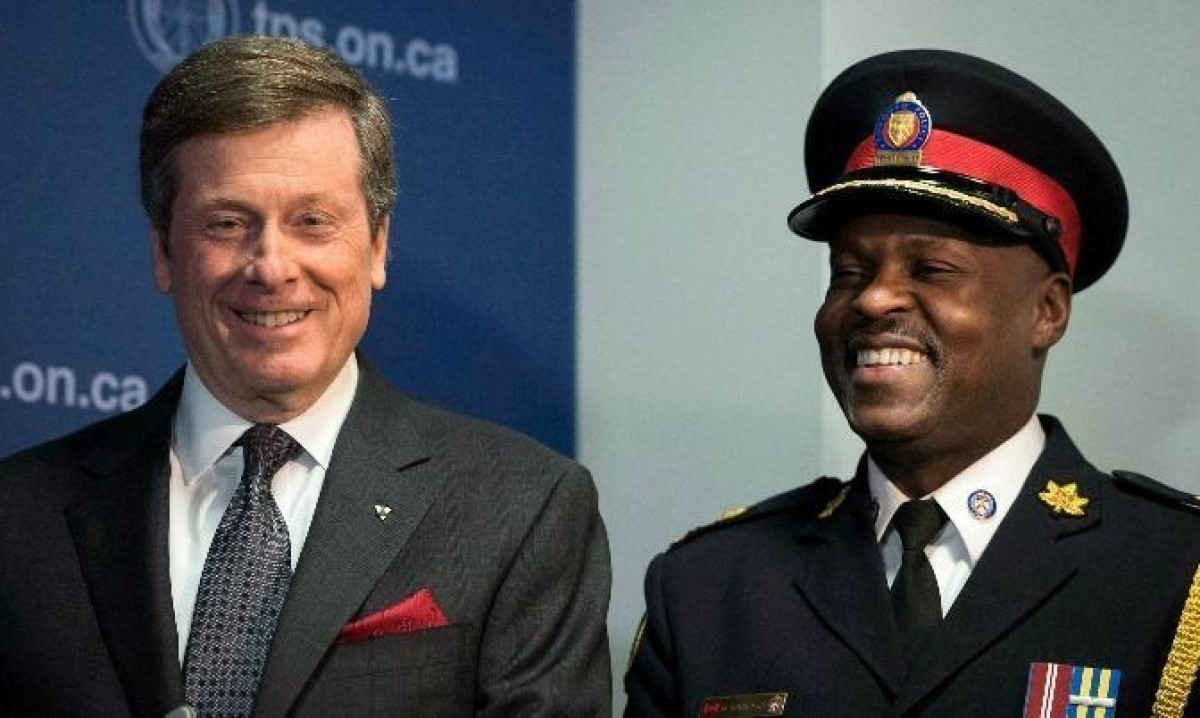 With mass pressure from below and sections of Toronto’s petty bourgeois elements publicly calling for an end to carding, Mayor John Tory announced on June 7th that he will be calling for “the permanent cancellation of carding once and for all” at the June 18th meeting of the Toronto Police Services Board.

However, he is still supportive of a carding regime by another name that gathers information in non-criminal encounters. Mayor Tory asserts that he will put “in place strict measures dealing with the treatment of collected data” and shall endeavour to significantly limit the number of “random encounters with innocent citizens.”

The cops’ repressive carding practice of stopping, questioning and documenting the personal information of Torontonians who are not suspected of committing a crime is an instrument that makes permanent suspects of Afrikan-Canadians, other racialized peoples and the general working-class. Carding is not substantively different in practice from New York City’s “stop and frisk” policy.

When they are stopped in these non-criminal encounters, they should ask the police, “Am I free to go?” If they are not being detained or arrested, they should inform the cops that they will be leaving the scene. In spite of the people’s right to not share their personal information with the cops, many members of the public do not believe that they have the option of rejecting the request of these armed agents of the state. In fact, Afrikans and other peoples feel psychologically detained and are often fearful of exercising their rights.

But the mayor is now a supreme master of the art of policy optical illusion. And very much like the Pied Piper, Tory has been able to get a large number of Torontonians to march and dance to his seductive, soothing and mesmerizing “diversity and inclusion” apartheid policing beats.

The diversity of tactics is alright in the fight to end carding. However, in order to stop carding by way of the people refusing to dole out information about themselves to the cops, time and other resources must be invested into developing the capacity of neighbourhoods to permanently organize against the violent behaviour and street harassment of the cops.

We need to embrace an organizing approach to fight carding and the general brutality of the cops against the Afrikan community and other socially marginalized groups.

The following elements should be used in any neighbourhood-based, grassroots-led and organized anti-carding campaign:

Create neighbourhood based organizations: Each racialized, working-class neighbourhood should establish a participatory democratic organization to plan, direct, manage and coordinate the campaign to refuse to cooperate with the carding regime and to push back against police violence in general.

Develop Cop Watch programmes: Each neighbourhood should create a Cop Watch programme to patrol, monitor, record, film and resist the violent behaviour of the cops. Dating back to the days of the Black Panther Party’s cop watch patrol to today’s Cop Watch projects, it is evident that the police do not want to be observed and documented by residents. The Network for the Elimination of Police Violence (NEPV) has produced a guide on the dos and don’ts of filming the cops.

Use smartphone app to record the cops: NEVP has created the Cop Watch Video Recorder app that records and uploads your interaction with the police. Encourage all members of your neighbourhood to download the Cop Watch app and be ready to use it to document you and your neighbours’ dealings with the police. Generally, cops do not like to be filmed. It tends to moderate their use of force as revealed by a Canadian research project.

Educate the people: Critically and politically educate residents and the wider public on the fact that the role of the police in a society with exploitation is to serve and protect the interests of the most powerful and wealthy groups in society. The campaign should also develop know your rights training and provide people with the knowledge, skills and attitude needed to carry out the tasks of resisting carding and other forms of routinized police violence and violation of the people’s rights.

Develop a communication and outreach strategy: We must strive to win the active support of the neighbourhood’s residents and people of good conscience across the city to not cooperate with the carding regime. The campaign should use traditional media outlets as well as social media to communicate its message. Social expression products such as T-shirts, refrigerator magnets, mugs, bookmarks and calendars could be produced to educate the people and generate income for this initiative.

Most importantly, the campaign’s communication and outreach strategy should develop the capacity to mobilize the people into the street when they see the police harassing or brutalizing their neighbours.

Develop a roster of lawyers: If residents exercise their right to remain silent by not giving the requested information to the cops, the latter might behave violently. The campaign should create a roster of lawyers to serve as first responders when people are detained or arrested on trumped up charges to cover or justified police violence.

The fabrication of charges or incident reports by the cops has happened with the Neptune Four in Lawrence Heights and the recently concluded lawsuit of Mutaz Elmardy. Mutaz was brutalized for refusing to cooperate during a carding encounter.

The contact information of available lawyers should be provided to the people on business-sized cards. A 24-hour hotline should be established to support the police violence resistance campaign.

Develop a pool of bail sureties: This grassroots campaign will likely lead to some refuseniks being arrested for not consenting to being carded.

A pool of bail bond sureties should be created to assist people who cannot get bail from other sources. The campaign may recruit people in the neighbourhoods, progressive trade unions, faculty unions and associations and faith groups, and enlightened members of the petty bourgeoisie as sureties.

We cannot abandon any refuseniks in the prison industrial complex after they resist being carded. Bailing them out of jail is a concrete expression of our political commitment and solidarity.

Sue the city and cops: We must strive to make the cost of police violence financially costly by flooding the courts with lawsuits and bringing complaints before the Human Rights Tribunal of Ontario. The campaign needs to bring attention to the fact that punitive damages for police brutality and violence is unacceptably low in Canada when compared to the United States. There is a need for national and provincial campaigns to change this state of affairs.

Create or join a network: The neighbourhood organizations across Toronto will need a network to coordinate their local resistance activities, and develop material resources. The Network for the Elimination of Police Violence could serve as such an entity.

Provide jail or prison support to refuseniks: The campaign should anticipate the need to create a fund to provide financial assistance to the carding refuseniks who are arrested or convicted on trumped-up charges for not giving their personal information to the cops. The refuseniks will be faced with legitimate needs while in captivity. The campaign should strive to assist these political prisoners within the limits of its resources.

Expose police violence in the international arena: Countries are sensitive to their international image and Canada is generally seen as a positive global actor, notwithstanding its more recent overt aggressive posturing in the Middle East and elsewhere. The campaign should expose the existence of police violence against Indigenous peoples, Afrikans and other racialized peoples, sex workers and the working-class in general.

The Pan American Games will be in the Toronto region from early July to mid-August. All efforts should be made to expose police violence during this “bread and circuses” event.

NEPV will be working with other organizations and individuals to develop a neighbourhood based campaign to resist carding and police violence in general. If you would like to connect with NEPV about this initiative, please visit the organization’s website.

We need to create an enabling environment to allow the people to appear on the stage of history as the dramatic actors who put an end to carding and street harassment by the cops. 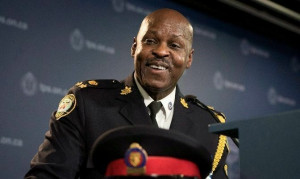 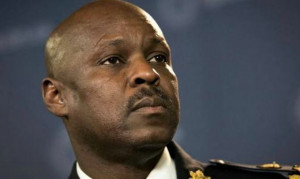 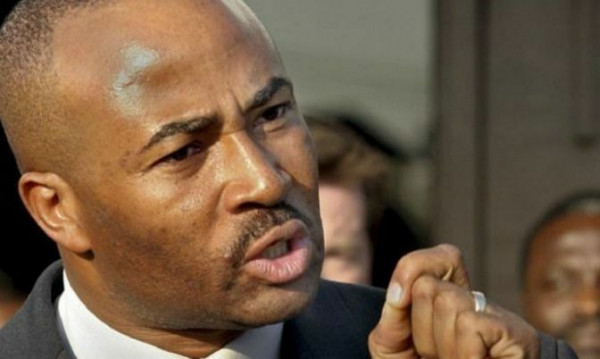 Don Meredith Is Not an Embarrassment to the Black Community