Too Loud or Too Black? Toronto's African Inconvenience 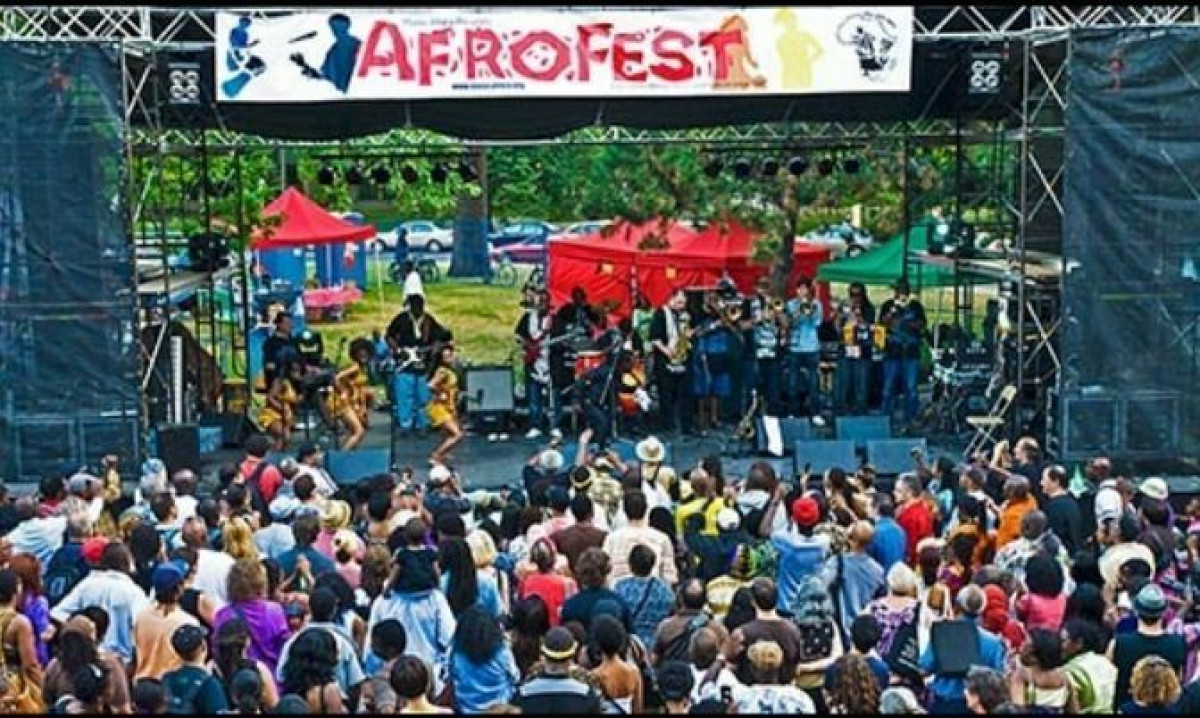 Toronto recently celebrated St. Paddy's Day. For a lot of people I’m sure it was great fun.

There's always a lot of green and vaguely Irish cliches, as well as a lot of drinking (and the complementary belligerence that sometimes comes with that) and A LOT of noise. I live on top of an Irish pub. The noise of the eager patrons queued up outside is usually loud enough before the music kicks in. Once the thumping EDM music gets going there's absolutely no hope of getting a goodnight's sleep. I either make other plans or make peace with my predicament. It is highly unlikely I would go down and join the party on my own. However, it would never occur to me to call the police to enforce noise levels or file a noise complaint about the bar or St. Patrick's. I believe living in a multicultural city is a balancing act of compromise. My temporary discomfort or personal hang ups should not decide how or what other people choose to celebrate in my neighborhood if they are within the law and within reason.

The City of Toronto's recent punitive measure of cutting the annual Afrofest festival down to one day from its original two has made me question how we evaluate this "within reason”. What is the threshold of noise, traffic congestion, number of complaints and general inconvenience one should tolerate before the city has to put its foot down? There are by-laws that guide this but apparently very little uniformity in how these laws are actually enforced. If Afrofest is too loud then it should be granted the same exemption given to Labor Day Air Show when fighter jets parade the skies to entertain us and assault our ears for a few hours. How about the Honda Indy race down by the Ex? For three full days I have to live with what sounds like a million angry killer bees buzzing in circles, even though the race is more than 2km away. The Woodbine beach itself which now hosts Afrofest also hosts Jazz Fest which residents have noted has a comparable sound level and goes on for a full week. How comparable is Afrofest to other festivals around the city that also receive noise complaints? We do not yet know since the city has not provided us with actual decibel readings but between the air show, the Indy race and the fact that the same company runs the sound in the park for most festivals there, we can safely surmise that the problem with Afrofest cannot be about loudness. I thought perhaps the real issue was the overwhelming number of complaints in that neighbourhood about Afrofest.

Much to my surprise I found out there were only eight documented noise complaints against Afrofest last summer. So let me get this straight. All it takes is 8 people to threaten the future of the most important African cultural event (institution if they get better organized) that attracts over 100,000 people and pumps hundreds of thousands of dollars into local businesses? Only 8 complaints. This sounds like the tyranny of the loud minority. The civically-engaged neighbourhood bullies. It's puzzling that Councillor Mary McMahon (This email address is being protected from spambots. You need JavaScript enabled to view it., 416-392-1376) was willing to hang her hat on a mere eight complaints. Even more shocking were her patronizing comments about rewarding "good behaviour" and working with Afrofest to "get them to comply". But then again, although her paternalistic language could use a little more finesse, her sentiment is certainly not held in isolation. It comes from a systemic reluctance of the city to, paraphrasing an Afrofest supporter on Twitter, put its money where it's multi-culti mouth is especially when it comes to Black initiatives. They might support them because it is in line with the city's "diversity our strength" branding but these projects can't cost too much, inconvenience anybody and if possible should take place away from the downtown core and during Black History Month. You might as well say "Let's not do it but let's say we did, ok?".

Councillor McMahon sounds exasperated that Afrofest keeps coming up with excuses to extend their curfew or exceed noise levels. According to her, first it was Mandela's death and then it was Pan-Am games (as if these are not major world events). I think she is having the wrong conversation entirely. The problem that I see is not that Afrofest has to ask for exemptions. The problem is that after nearly 30 years one of the city's most multicultural festivals is STILL asking for piecemeal exceptions instead of being "grandfathered" in, supported and institutionalised like festival-turned-organizations such as TIFF. Councillor McMahon needs to get over this tired mindset that she is doing Afrofest a favor by giving them the keys to Woodbine Park and they better play nice or she will take the keys away and ground them for a day. Festivals like Afrofest should not be seen as an obligation. They are a boon to the city and they do the heavy lifting of visibly showcasing and nurturing multiculturalism beyond a bullet point on a politician or bureaucrat's slideshow. "Creative Economy", "Social Innovation", "4479 - Toronto Music City"... every few years, there is a new buzzword, idea or campaign that gains momentum (and maybe later millions in funding) to attempt to build from scratch (with mixed results) the type of social capital, impact or goodwill that Afrofest already has. Would it not make economic and common sense to foster its growth rather than hinder it?

On Wednesday Mayor John Tory (This email address is being protected from spambots. You need JavaScript enabled to view it., 416-397-2489), Toronto Music City, Councillor McMahon and Afrofest organizers will hold a meeting to discuss a solution to the Afrofest problem. First of all, I think there should be more community stakeholders in that meeting because the cultural significance and economic implications of the festival is bigger than them. Secondly, I hope they intend to have the right conversation i.e. not whether to penalize or forgive Afrofest for ‘misbehaving’ but how to ensure that Afrofest does not have to keep tap dancing and tip-toeing around their right to be a visible and vibrant part of this city's cultural fabric. Don't get it twisted. Beneath all the red-tape and bureaucracy, this is a city of exemptions and strategic inconveniences. That is why the Christmas show is allowed to bog down the Distillery district for a month despite complaints. It is why bars were allowed to open early for the World Cup and the Santa Claus parade is allowed to choke up some of the main traffic arteries of the city. It is the reason Bestival, a British electronic and rock music festival where the music is designed to be “noisy” has been approved to take place in the same neighbourhood that apparently found Afrofest too loud. I think Toronto is long overdue for an awesome and very popular African inconvenience. A guaranteed two full days out of 365 will not stop the world from spinning.

Here is the online petition
http://www.ipetitions.com/petition/say-no-to-1-day-event-or-friday-to-saturday-dates
I am a bit skeptical on the value of only signing an online petition. I think the best course of action is to sign the petition above AND also contact your councillor first then the Mayor's office and also Councillor McMahon. Email and get on the phone if you want to get their attention. Some other people you should contact or cc in your email are:

Director of Arts & Culture Services:
Terry Nicholson | 416-392-4166 | This email address is being protected from spambots. You need JavaScript enabled to view it.

Director of Equity, Diversity & Human Rights (City Manager's Office):
Uzma Shakir | 416-392-1108 | This email address is being protected from spambots. You need JavaScript enabled to view it.

Please demand a comparative report of all festivals at Woodbine beach and of comparable size at other Toronto parks. What are the number of complaints compared to Afrofest, what are the recorded decibel levels and what type of punitive measures have been taken against those festivals. Press them to substantiate the anecdotal guesswork with actual data. Emphasize the cultural and economic importance of Afrofest - Presented By Music Africa to Toronto.

Chinedu Ukabam is a Toronto-based designer born in Bristol, UK and raised in Nigeria with interest in various mediums from film to fashion. His latest show was a fashion-art exhibition titled “Water Carry Me Go” which took place at the Royal Ontario Museum and Harbourfront Centre.

Expanding beyond his Chinedesign fashion label which started as a booth in Afrofest 12 years ago, Chinedu founded SUPAFRIK in 2011. SUPAFRIK is a revolving collective and traveling pop-up concept that focuses on contemporary African design and culture, blurring the lines between the global and the local. Over the past four years, it has raised awareness about contemporary Africana through art, food, fashion and music. To date, SUPAFRIK has presented installations in Toronto, Washington DC, New Orleans, London and Paris. 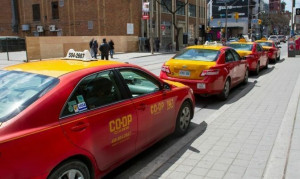 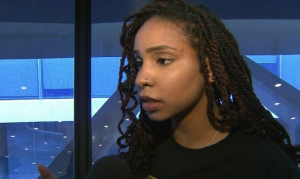