I'm Tired Of The Black Community's Silence On LGBTQ 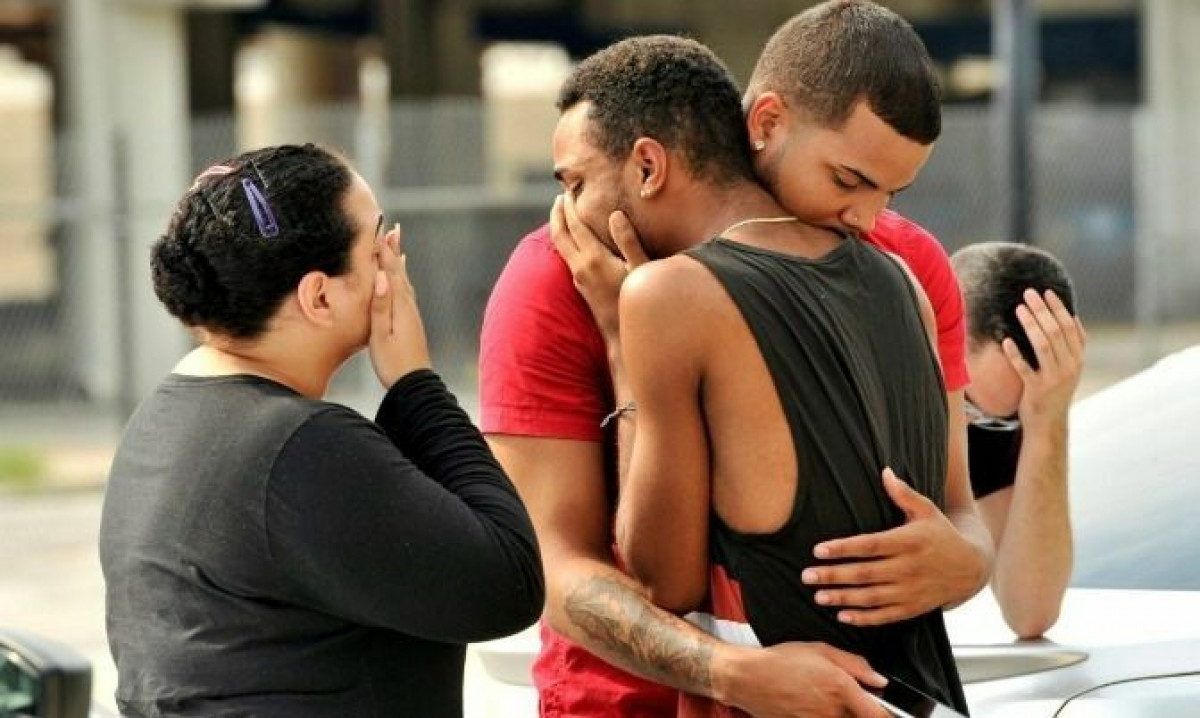 While we danced, laughed and drank, you were running, screaming, bleeding and dying. This was Saturday night in Toronto and Orlando.

This morning as my friends and I discuss the next time we will see each other, very different conversations are happening in Orlando. Pulse Night Club is a crime scene.

Driving through the gay village on our way to a party, my wife commented on how packed the village was. I responded, “It’s pride month. We are out in our colours. This is our time.” Omar Mateen like so many others felt it was his time. Triggered, his father says, by two men kissing in front of his small son. Triggers are difficult things to understand. If you aren’t familiar with the experience of being triggered, another person’s trigger may confuse you. However, I firmly believe that it takes more than two men kissing for anyone to drive hours away from his home to a club in another city, hold people hostage and shoot to kill. Conspiracy theories will stream through our newsfeed over the next few days until this news is replaced by something else, more gruesome or more important. This is the reality of our times.

This mass shooting was meant to slice through the core of the LGBTQ community. Why else would you strike in Pride month? Why else would you go to one of the most well-known gay clubs in Florida on their most popular night if not to strike fear into the hearts of its community members. Pride Month is an important time for our community. We celebrate the freedoms and rights we have earned. We celebrate that love will always prevail. We reflect on those that have died so we can have this moment, this month, and these marches. We remind ourselves of the work still to be done around the world.

But Pride Month is also a vocal time for those who dislike that we are here. In my six years in Toronto, I have observed that during Pride Month the number of street preachers of varied religious affiliations is almost always doubled. Saturday, walking through downtown was no different. The preachers are almost always Black, African or Caribbean. 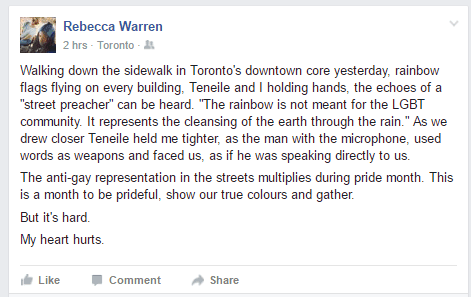 I’m still processing what took place in Orlando at Pulse Night Club. Yet, being Black and a lesbian I am not processing why. I already know the answer to that question. As the images flooded my screen, and I saw the sheer number of Black people on sidewalks in lines, I knew that among the 50 will be Black lives. And somehow, you also prepare for the silence from the Black community, or the vague messages of support. I follow many companies and organizations on Social Media both locally and internationally. I am a member of different community groups across Toronto and some still in Jamaica. These are not political organizations. They have no expressed human rights agenda. Yet, the moderators of these groups have sent condolences to their LGBTQ members. I am still waiting for a Black-moderated page or a Black-owned business I follow to send a message of solidarity against hate, to acknowledge that the LGBTQ community was targeted and that queer Black people have died. I am rarely one for lip service, but I am becoming increasingly frustrated with passivity, silence and faux-positivity campaigns from my Black community. 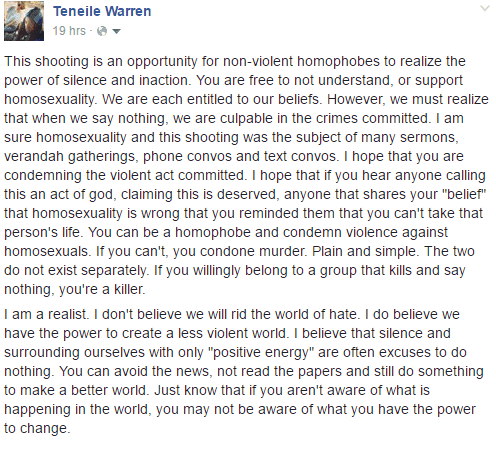 It is also an opportunity for allies, or people who consider themselves gay-friendly to take a long hard look at themselves and their relationships with the LGBTQ community. Are you someone who has access to a platform that can publicly declare support? If so, do you use it? Do you own a business? Do you hang a pride flag anywhere? Are you a parent? Do you let your child know that love is possible with anyone of any gender? Or are you only teaching him or her heterosexual representations of love? Do you invite the child with two dads or two moms over for a play date? Do you speak to your gay family members? Do you say things like, “I have a gay friend or I have gay friends whenever sexuality comes up in a convo?” What happens at your office or company during Pride Month? Do you victim blame when a gay person is beaten or killed? Did you wonder why someone would CHOOSE such a dangerous lifestyle? Did you hope this incident would bring them back “into the fold”? Has a homophobe ever thought you were one too?

The answers to these questions won’t make you a homophobe and even if they did, it is your right to uphold your beliefs. Understand this however, now more than ever in a world that remembers the Montreal Polytechnique Massacre, Sandy Hook, the atrocities of Boko Haram, the bombing in France and now the shooting at Pulse Night club, silence and indifference are not options. You can stay inside while the storm rages, but the storm still rages. When the storm passes, what will you do? How will you be remembered? 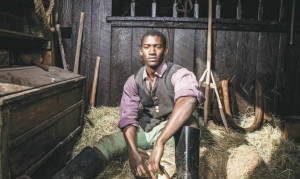 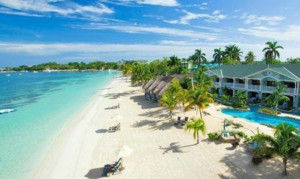