Where Is The "Black Community"? Featured 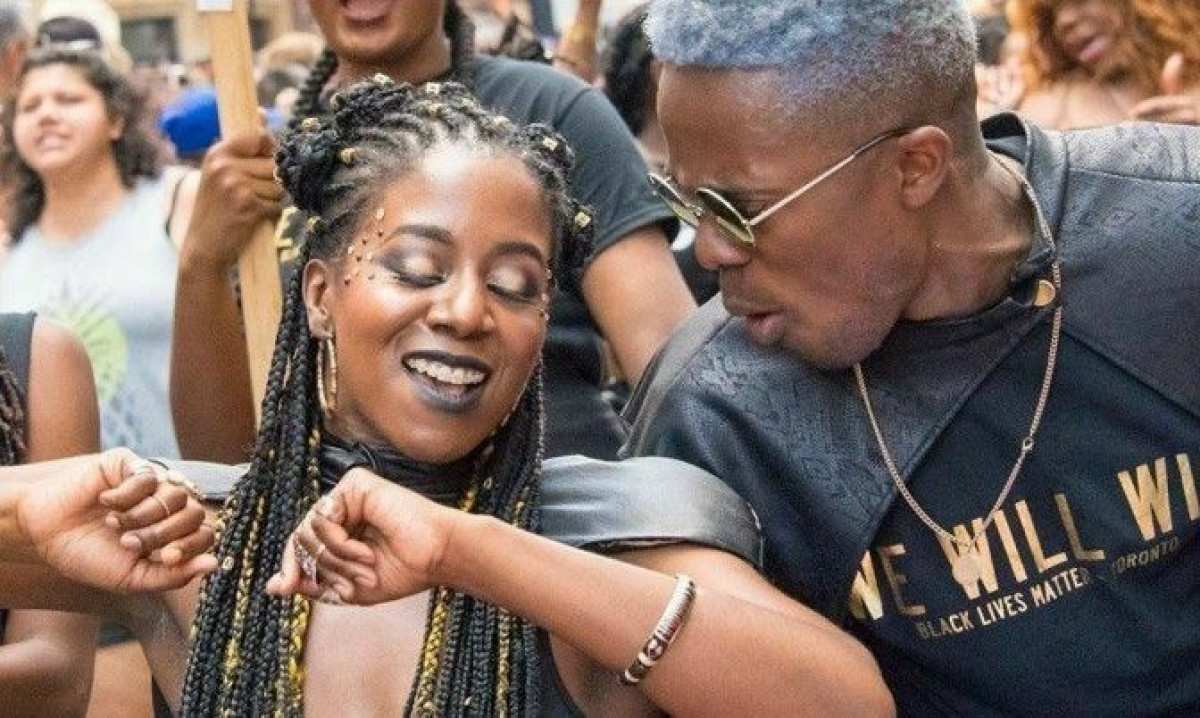 I have a love-hate relationship with the descriptor of “black community” or “black people”.

And it’s not because I don’t appreciate my heavily melinated skin or I am offended at the term. It's just that I think the term is incredibly flattening.

Jamaicans, Ghanaians, Trinidadians, Nigerians, Bajans, African Americans, African Canadians etc.  are often times, in casual conversation anyways,  spoken about as a monolith. This means that the positive and negative cultural traits that Jamaicans possess will oftentimes also be attributed to Ghanaians and vice versa because we share the same skin color. I realize that’s not fair- Filipinos don’t have to carry the cultural baggage of Chinese people and Indians don’t have to carry the cultural baggage of Tamils. Or perhaps they do? I don’t know.  All I know is that I see the mass generalizing of Jamaicans, Ghanaians, African Americans, and Nigerians and other communities of African descent all the time.

For example, when people stereotype “black people” as not doing well in education they’re talking about all of us- regardless of the fact that African immigrants are the most educated immigrant group in the United States.

I think it’s unfair but I don’t think it will stop anytime soon. So what are we to do? I think Jamaican, Ghanaians, Nigerian and other communities should work together when it makes sense. Why not?

What is so distinct about the Caribbean and African culture that we shouldn’t or can’t work together? Are we not linked together whether we like it or not?

The great thing is we actually have a strong history of working together. For example:

The first country to put sanctions on Apartheid South Africa was Jamaica.
When enslaved Africans in Haiti overthrew the French it inspired Africans all over the new world.
Marcus Garvey was a Pan-African leader who hailed from the island of Jamaica but helped strengthen the African American community and all people of African descent.
Black Lives Matter has been established in Canada, the U.K and Australia which demonstrates global trends about the experiences of people of African descent. It also shows that Black Canadians, Black Brits and Black Australians empathize with the broadcasted police killings of unarmed Black men in the United States.
African leaders like Kwame Nkrumah and Malcolm X stood in solidarity with each other as Black Americans secured voting  rights and Africans gained independence from colonial rule
Black Americans collected money and sent funds to Ethiopians as they resisted Italian colonial rule (wow!)

Don’t get me wrong.  I’m not saying that there are not any differences among Africans, Caribbeans or African Americans. There are. I encourage you to read about the history of African Americans, African Nova Scotians,  Haitians, Jamaicans, Nigerians, Afro-Brazilians etc. Nevertheless, I think it's important to realize the big picture: which is that people of African descent around the world continue to be economically dominated whether they are in Canada, the United States, Tunisia, India, Israel, Brazil, and Jamaica etc.

COM·MU·NI·TY    kəˈmyo͞onədē/
noun
1.a group of people living in the SAME  place or having a particular characteristic in common.
"Rhode Island's Japanese community"
synonyms: group, body, set, circle, clique, faction; More
2.a feeling of fellowship with others, as a result of sharing common attitudes, interests, and goals.
"the sense of community that organized religion can provide"

Indian people have Brampton and Suri. Chinese people have Markham and Chinatown. Italians have Vaughn and Little Italy, Greek people have Danforth and Jewish people have Bathurst. Where are the tangible geographic spaces of the black community in the GTA?

We are more diverse in origin so I’ll ask again:

Where is little Ghana? Little Nigeria? Little Jamaica on Eglinton West will soon be added to the list of gentrification victims.
Where are the predominantly black neighborhoods that we DESIRE to live in when we graduate from College or University?
Where are our THRIVING neighborhoods that are economically ROBUST and centers of political and cultural solidarity?

I realize some of you are horrified at the thought of creating strong economic, social and political communities. What about multiculturalism you ask? What about diversity? Wouldn’t that be segregation?

I am currently researching Ethnic Enclaves for my Challenge and Change course. Enclaves are communities where there is a large concentration of one ethnic group. Think Brampton or Markham:

I found these facts interesting:

Among different ethnic groups, black and Arab people are generally the MOST LIKELY to be found in mixed visible-minority-dominated spaces, while South Asians and Chinese have the GREATEST PROPENSITY to reside in enclaves.

In all, three million people in the GTA live in white-dominant areas, one million in mixed and visible-minority-dominant areas and 1.4 million in enclaves. The enclaves identified in the study are mostly located in Scarborough, Mississauga, Markham and Brampton, most of them not dominated by any one ethnic community.

In cities where Italians have settled in sufficient numbers, they have tended to create ethnic neighbourhoods. These "Little Italy’s," with their distinctive shops, restaurants, clubs and churches, are easily recognizable. Even in the suburbs, it is still common to find concentrations of Italian Canadians who have chosen to live near one another because of kinship or village ties.

I’ve noticed there is a difference between what people say and what people actually do. Everyone talks about their love for diversity and multiculturalism but groups of people still make the decision to create strong and healthy communities among their ethnic and racial group. Even if you’re a person who values multiculturalism and diversity how can you do so from a lower economic playing field? I live in an Indian ethnic enclave trust me!

Finally, I think more than ever it is important, to be honest with ourselves. Do we truly desire healthy, economically competitive communities? If not why? Are we willing to put in the work to do so? All our talk about “black lives matter”, being "woke" and  “fighting the power” is truly moot if we can’t reasonably work together to economically empower the next generation like Jewish, Chinese, Indian and Anglo Saxons unapologetically do.

My name is Akua B and  I'm a lover of all things Africa, natural hair and poetry. I'm a born-again Christian and passionate about community empowerment, strong families, education and history. I hope to use my writing to encourage self-love, cultural renewal and entrepreneurship among people of African descent in the diaspora.  In my free time, I enjoy writing poetry, conversing and thinking deeply about the world around me.

My name is Akua B and  I'm a lover of all things Africa, natural hair and poetry. I'm a born-again Christian and passionate about community empowerment, strong families, education and history. I hope to use my writing to encourage self love, cultural renewal and entreprneurship among people of African descent in the diaspora.  In my free time I enjoy writing poetry, conversing and thinking deeply about the world around me.

Older Entry The Voices Left Out Of The Pharmacare Discussion
Newer Entry What Does Justice For Black Canadians Look Like?