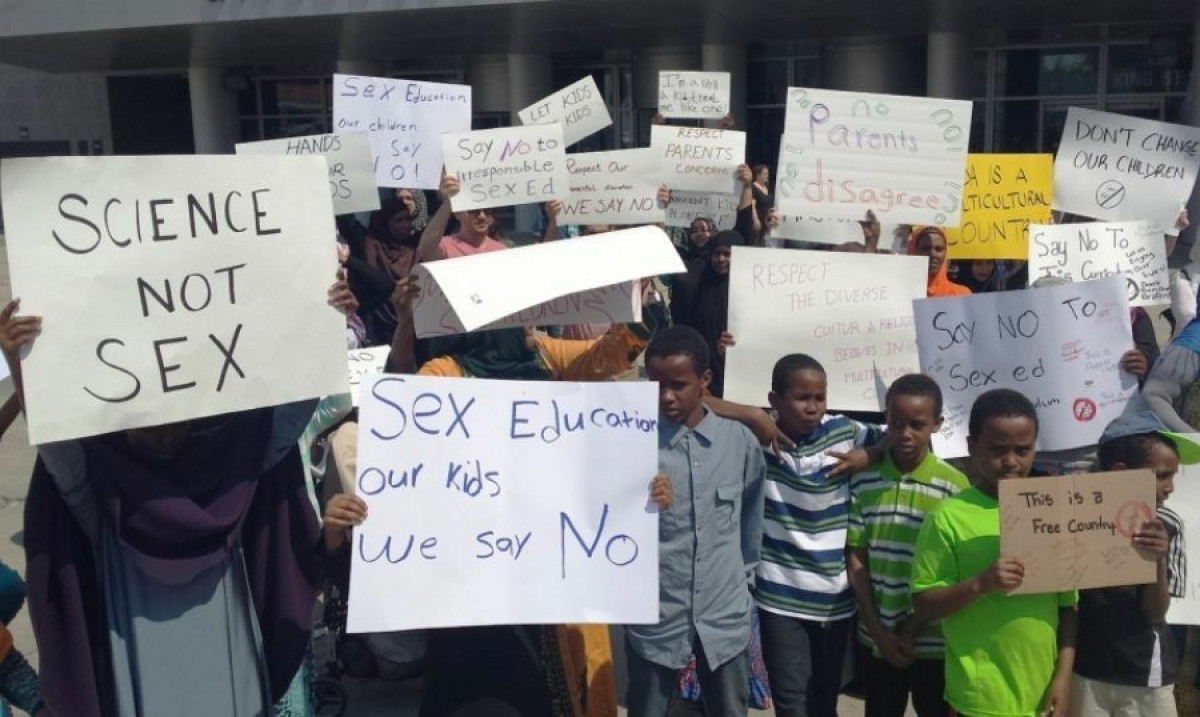 At 18, I joined the ensemble cast of the first staging of Eve Ensler’s The Vagina Monologues in Jamaica.

Ensler’s work is quite possibly one of the most important pieces of theatre of the 21st century. It is a precursor to the current Me Too Movement and it changed my relationship with my sexuality for the greater good. When the posters started going up around campus at the University of the West Indies, the controversy was palpable. The word vagina, though the anatomically correct name for a woman’s for female genitals, is handled with latex gloves wrapped in Bible verses in the Caribbean. It is a dirty and inappropriate word.

In our first meeting as a cast, the director discussed the potential controversy associated with engaging with the script, but also the importance of sharing this female empowering work. He was offering us a way out. The monologues are based on true stories. At our second meeting, we shared our reactions to the stories. We talked about domestic violence through ‘Crooked Braid’; we empathize with the old woman in ‘The Flood’. She had orgasmed on her very first date and hadn’t had sex since.  However, the mood in the room changed when we started discussing The Vagina Workshop.

“My vagina is a shell, a round pink tender shell opening and closing, closing and opening. My vagina is a flower, an eccentric tulip, the center acute and deep, the scent delicate, the petals gentle but sturdy. I did not always know this. I learned this in the vagina workshop. I learned this from a woman who runs the vagina workshop, a woman who believes in vaginas, who really sees vaginas, who helps other women see their own vaginas by seeing other women’s vaginas.” – Excerpt from The Vagina Monologues.

One by one, women in the cast revealed the piercing impact of reading this monologue. “It wasn’t until reading this that I realized I hadn’t actually looked at myself down there,” one woman said. “Why did seeing the word vagina make me so uncomfortable? I have one.” “I did it. I took a mirror and looked at my vagina.”

I may have been 18, but our oldest cast member was in her 30s, with a child. “I thought my daughter was too young to hear the word vagina.” Our married cast member said, “I feel more beautiful having sex in the dark.”

The safe space we created together included open discussions about consent, bad dates, a bad sexual choice, relationship bullying, and a sexual predator we had to protect a friend. The safe space we created included getting tested for HIV together, consoling each other as we came out to our parents. We held each other accountable when a boyfriend or girlfriend distracted us from school. We guided each other and continue to guide each other through the emotional intimacy of relationships. We weren’t blessed with our parents talking to us about sex, and at school we were shown images of diseased genitalia trumpeted with unconvincing lessons on abstinence. We were our sex-ed counselors, therapists and advisors. We were the lucky ones. We had each other and the growth from our good and bad decisions. I believe some of this is direct result of sexual orientation. When you’re a Black LGBTQ person in deeply religious, homophobic culture, you’re already an outsider; there are very few topics that are taboo once you’ve faced that truth.

For five years, I worked with pregnant and parenting young mothers in Toronto. My role was to teach literacy and basic skills. But something else happened in those classes. We created a safe space for the women in the room to discuss their sexuality, their uncertainties and seek advice from each other. For some of these women, it was the first time they had ever discussed sexuality, sexual intercourse, consent, masturbation, and sexual orientation. One woman confessed to having never looked at her vagina. Another admitted to not using the words vagina and penis with her children under the advisement of her church’s pastor. The conversations weren’t always heartwarming and supportive. We were sharing our opinions on topics that were taboo in the communities they came from. In this group of women, 96% of them were Black, and further 87% of them were Caribbean, and the remainder predominantly identified as African and Afro-latinx.

There was a surprising reason given by these women as to why they felt so comfortable sharing with me: “yuh gay miss yuh won’t judge us because you know what judgment feels like.” They were right. I didn’t judge them. I understood their stories, their fears and their questions. My parents, like many Jamaican parents didn’t speak to me about sex. My grandmother handed me a book on my 13th birthday, Becoming a Woman. This was my sex talk. On the upside, we always used the anatomically correct terms in our household. Yet, like other Caribbean families, the conversations, the stories we needed to hear before the act of sexual intercourse were never told.

I credit The Vagina Monologues and my friendships formed thereafter for opening my mind and understanding of sex, sexuality and sexual relationships. Moreover, I have learned that there are topics some of us may never feel comfortable discussing with our parents or our parents with us. So, the first time I was sexually violated by someone my family trusted, I told the family maid who told my mother. The second time I was sexually violated, I told the family maid who again, told my mother. Both of these incidents took place before my 13th birthday and I have never discussed either of these incidents with any of my parents. Looking back at these two life altering experiences today, I recognize that the trusted third party was the safe space.  I suspect it comforted my parents to know that I had people I could and did trust. They provided a safe space. Again, I was lucky. These stories of support and community are not the stories of too many young members of the Black community. We know that Black boys and girls are sexualised at an earlier age than their White counterparts.

Sex-ed curriculum is designed to create safe spaces for those who aren’t the lucky ones. The sex-ed curriculum tells that little boy who gets his first erection and doesn’t know what to do, that he is not a bad person, just a person with feelings. It tells the victim of sext bullying that he or she is actually a victim deserving of protection. It tells our children that their bodies will experience a physical sexual awakening before they are emotionally prepared to be sexually active. It arms all the individuals in the room with the same information, so they can protect themselves and their community. Some of us get The Vagina Monologues rehearsal room, sexually open friendships and facilitators willing to share their stories.

Yet, most people just get sex-ed class. And now, the Internet. Shouldn’t sex ed class be the one ‘safe space’ that is completely honest and dispels rumours, as opposed to a place that shrouds or omits the uncomfortable conversations?

Teneile Warren is an artist with her hands. A chef and a playwright; she believes our words and our food are more intertwined than we think. She is the co-owner of nyam Revival Kitchen and a community advocate. She lives in Kitchener, ON with her wife and three “furbabies”. Follow her on Twitter.