Joyous resistance through costume and dance at Carnival Featured 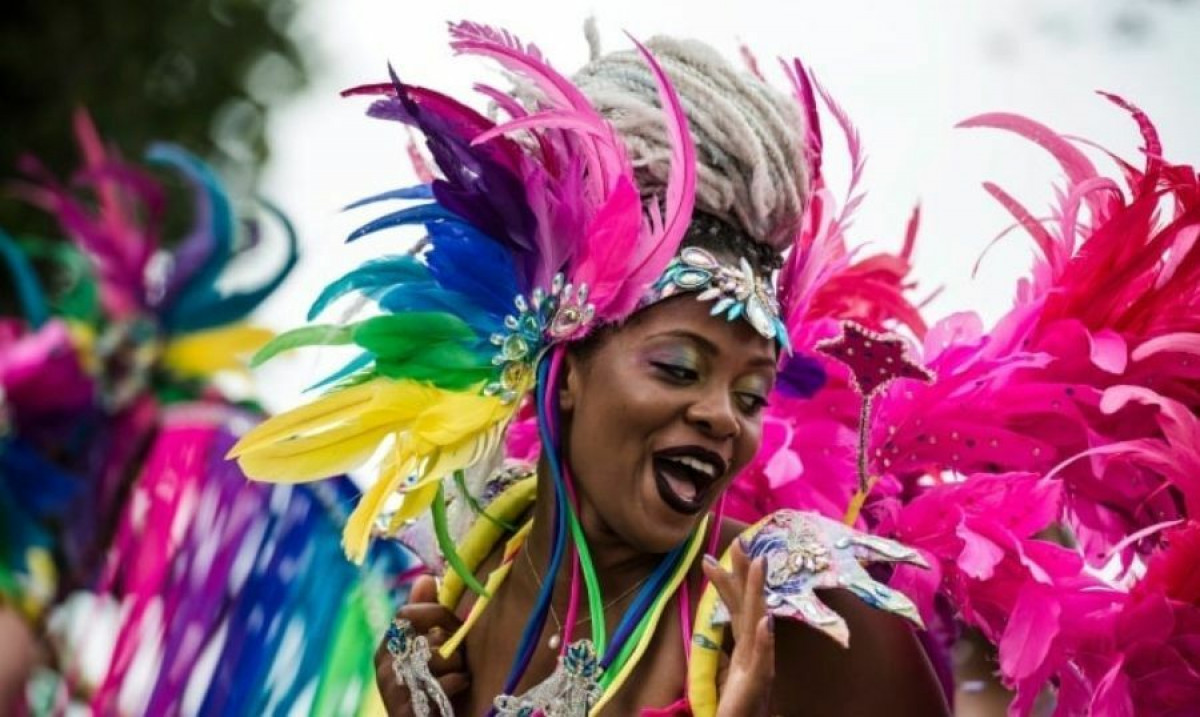 We partied morning to morning, and a joyous spirit permeated everything; speech, customs and appearances. The centrepiece of it all were wheeled fantasy islands (floats) inhabited by amazingly glamorous yet exquisitely vulgar costumed creatures played by Carnival masqueraders.

The best part of the whole affair? People from the community created everything. With Toronto’s famous Caribbean Carnival around the corner, these memories from my adolescence in the Caribbean return.

Acquaintances from my grandmother’s neighbourhood, La Risueña in the city of Santiago de Cuba, spent a whole year working on their carnival wares. They practised their moves in secret. Their goal was to outdo other townsfolk’s floats, costumes, music and choreography.

Growing up in Cuba, people of all ages and walks of life waited for summer’s arrival. Not because of the heat and humidity (we unanimously loathed that), but because of carnival season.

The carnival served as a collective social valve. This was a time of the year when all conventions and codes of behaviour were thrown out the window. A carefree and tolerant spirit reigned, albeit for a short window of time.

For Toronto’s heterogeneous population, the Caribbean Carnival is an opportunity to partake in a communal celebration of diversity and to publicly honour non-mainstream ideals of beauty.

Most people are familiar with how Caribbean-style carnivals look. They recall a sea of extravagantly costumed bodies swaying to the same beat. But there is something very special to the West Indies’ brand of bacchanal. Underneath the façade of the Caribbean carnival, historical, cultural and political undercurrents run deep.

Caribbean carnivals share roots with European traditions, but African and Indigenous influences fundamentally shaped and flavoured their culture. That culture has marinated for more than 500 years in colonial syncretism — a fusion of cultures, symbols and religions. Since the majority of the Caribbean population was of African and Indigenous descent, the region’s carnivals evolved into celebrations of anything contrary to dominant European culture.

They started off as Christian religious processions and end-of-harvest festivities. Over time, the saintly and agrarian elements fell by the wayside.

In western Cuba, carnival metamorphosed from the “Dia de Reyes (Kings’ Days)” celebration. At this week-long event, societies of colour (called Cabildos) had their processions and paraded their kings and queens. In eastern Cuba, carnivals coincided with the end of the tobacco and sugar cane harvests.

At these celebrations, slaves and free people of colour wore hand-me-down or borrowed clothes from the masters. Others donned attire fashioned to look European. They mischievously decorated costumes with colours symbolizing African and Indigenous deities.

Even in their original incarnations as religious and agrarian celebrations, the Caribbean’s carnivals were a community affair. Representatives of the different strata of society coordinated the festivities. It was only natural that a competitive spirit promptly developed. 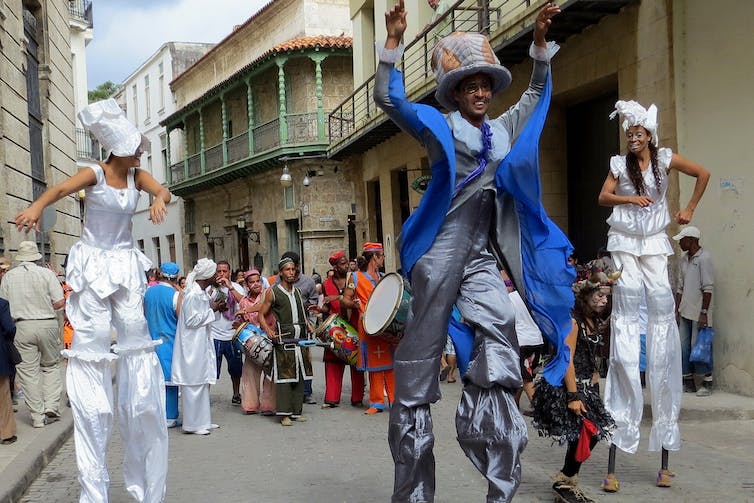 Battling among classes and neighbourhoods isn’t just part of the Caribbean carnival. Competition is central to Caribbean carnival’s traditions. This is visible in the rivalry among Brazil’s Samba Schools and the distinction between the upper class “Pretty Mass” and traditional festivities such as “J’Ouvert” in Trinidad’s carnival.

Spending summers with Afro-Cuban relatives in Santiago de Cuba, I witnessed friends and family preparing for carnival. While female participants worked hard for a top spot in the floats, males wanted to be caperos (cape bearers). Capes are flag-like, embellished with symbols and the colours of the neighbourhood.

Later, at the Universidad de las Artes (then the Superior Institute of Arts) in Havana where I went to school, two of my classmates belonged to opposing carnival troupes. Hailing from Remedios, a town in central Cuba, they collaborated in school projects and art exhibits, but never discussed their neighbourhoods’ plans for Las Parrandas de Remedios. Utmost secrecy surrounded their carnival teams.

Carnival in the Caribbean is raw community at its best. Racial and class distinctions are erased; individuals toil, create and sweat side-by-side — unless they belong to competing carnival troupes. This is a sanctioned space for celebration and transgression.

At carnival anywhere in the Caribbean, part of the focus is on the human body. Carnival bodies come in many shapes, sizes, complexions, genders and states of dress. This makes carnival into a primarily embodied experience.

The body was the only agency left to African, Indigenous and people of colour in a colonized context. Bodies are also central to artistic expressions in African and Indigenous cultures where fine arts, dress and performance are on equal levels.

The body in motion is the ultimate form of social, aesthetic and spiritual expression. Such centrality of the body was fostered by colonization and the plantation model of production. Embodied cultural expressions then found their perfect outlet in the carnival.

During carnival, people of colour have a spatial-temporal opportunity within colonial society to publicly inhabit their cultural bodies. Tangentially or directly, the carnival body — adorned with colourful costumes, headdresses, feathers, body paint and different states of nudity — is a reflection of the cultural subconscious of people of colour in the Caribbean.

Carnival costumes contrast Judeo-Christian and European norms, ideals of beauty and modesty and instead celebrate African and Indigenous cultures.

The cultural significance of carnival bodies has far-reaching implications well beyond the visual immediacy of the celebrations. As collective entities, carnival bodies constitute political commentary. A parade of decorated bodies performing in unison has a real persuasive power.

With slavery finally abolished in the late 19th century, carnival’s space for cultural expression and disruption widened. By the 1920s, Caribbean carnivals also became an instrument for social and political campaigning. Under the guise of mindless revelry, coded political messages were disseminated as songs and slogans.

Caribbean carnivals continue to serve as megaphones for political and social platforms. An extreme case was Fidel Castro, who used the carnival to attack a Cuban army garrison in 1953. Although unsuccessful, the attempt sparked the Cuban revolution.

Currently, carnivals in Brazil serve as platforms for political debates, including the fate of Indigenous populations. Meanwhile, controversies around carnival funding have exposed racial, social and economic divisions in the Bahamas and Jamaica.

At Toronto’s Carnival, we can see some of this rich social, political and cultural past. Costumed performers and revellers represent a continuum of Caribbean traditions that originated during colonial times. Yet, Toronto’s Carnival projects them towards the future.

Amalgamating Pan-Caribbean traditions in a cosmopolitan metropolis, Carnival is a public cultural space for Toronto’s racialized residents. There, participation and creation continues to function as community building.

Santiago’s Carnival allowed my teenage self to tune into my Afro-Caribbean heritage. Toronto’s Carnival legitimizes the city’s embrace of its own mix of cultural identities.