Social Media Shaming Will Not Fix Our Children 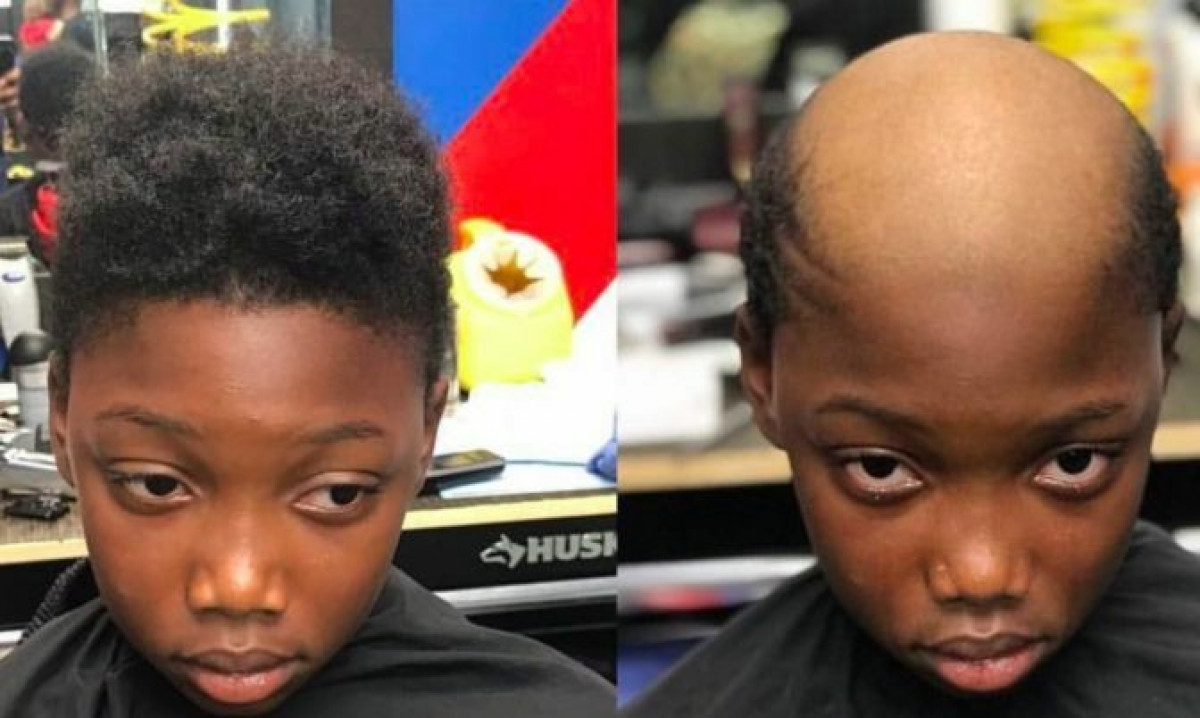 In his lecture on The Developmental Psychology of the Black Child, Dr. Amos Wilson suggests “the reason you have children will influence their development...it will indicate, then, that to a degree and in some way, the black community itself has been induced in helping to bring about inferiority in their children.”

Dr. Wilson goes on to explain that it is not always the actions of white people that destroys our esteem (or their hatred for that matter), but the reaction, based on our beliefs, to what they are saying. Dr. Wilson believes that once Black families began to internalize Eurocentric thought, we became “social agents” of our children’s demise, thus producing future generations who internalized racist practices.

Given this context, what  is there to make of Black parents who punish their children by embarrassing them on social media? What psychological effects are incurred on black children when that humiliation is exacted upon their style of hair?

What has history taught us about demoralizing our children this way?

Last week, a photo of a Black boy went viral, captioned “Grades dropped from A’s to F’s... Parents y’all agree with this?” The crown of the boy’s head was shaved bald, with the sides cropped like a monk’s tonsure. The haircut, obviously, was meant to demean. In other social media shamings for the bad behaviour of Black boys, a recurring theme emerges: shaving and warping their hair. Looking at the before and after photos, the child’s sense of humiliation is apparent; his self value diminished. It is understandable that 21st century parents seek ways to discipline their children without the trauma that comes with physical punishment, so it’s reasonable to assume positive intent on their part. On the other hand, public humiliation for Black children carries its own psychological and historical trauma.

It’s no secret that enslaved Africans throughout the Americas and the global South were brutalized, embarrassed, and mocked as a way of dehumanization. These practices were often inflicted in order to manipulate Black people into embracing, reinforcing,and reproducing those mechanisms on themselves. It is difficult to overlook the generational echoes when Black parents use humiliation as a disciplinary tool on their race own children. This obviously does not rise to the brutal conditions of slavery, but the methodology and technique is intended to humiliate the Black child as a corrective of behavior deemed “bad.”

Dr. Stacey Patton, author, professor, and anti-abuse advocate for children, addressed these echoes in her book Spare the kids, why whupping children won’t save Black America. “The violence our children face from the police, school systems, the streets, and from their parents is all interconnected,” writes Dr. Patton. “It is what one of my Facebook friends calls ‘strange and bitter fruit from the same tree.’ The belief that we need to whup our kids to keep them in line is deeply grounded in our collective psyche, in much the same way that racists believe black folks are culturally deficient and police officers disproportionately see us reaching for guns when we’re actually reaching for IDs.”

According to Dr. Patton, Black children are much better served when the village wraps its collective arms around them, rather than beating, humiliating, and antagonizing. Unfortunately, broader society tends to recognize and reward Black parents for doing the opposite. The public beating and humiliation of Black children are lauded in news media and the entertainment industry alike.

Public humiliation in itself rarely produces positive results; in fact, this approach is likely to cause the Black child to further draw into themselves, disassociate both from family, and from a broader society which  all too often stereotypes them as inferior (Bernard,C. , 2002). Consider the reasons for Black children’s poor performance and bad behaviour in school (for example, take child in the viral photo, whose grades allegedly went from As to  Fs). What could cause such a dramatic drop in school performance? Bullying at school? Problems at home? Difficulties with a teacher? Does the responsibility to resolve the underlying issue fall not only on the parent, but on the community as well?

Unlike the collectivist solutions that previous generations have advocated in order to educate and empower our youth, neoliberal and capitalist principles of efficiency, coupled with individualist logics, inflict harm on Black girls and boys. Failing grades indicate a need for a tutor, a guidance counselor, and a deep, loving conversation. Knowing that black children are at far higher risk of suspensions,expulsions, police encounters, and being drawn into the school to prison pipeline, adding another layer of trauma to an already traumatic experience is counterproductive at least, and abusive at worst.

When Black parents participate in demoralizing efforts to “fix” our children’s behavior, we become agents of the very system that otherizes them. The Eurocentric style of refinement through harsh discipline - especially with regards to our hair - is simply not compatible with a community so marginalized that laws must be passed in order that our natural hair not be discriminated against.

We should move as far away as we can from associating our children’s hair with a sense of shame. Indeed, our primary concerns for our children should be that of enriching personal development, and equipping them with a fluid and self-affirming pride, in utter rejection of a world that tells us we must beat and shame our children when they stray outside of rigid norms. The psychological nourishing of the black child is as high a priority as protecting the physical, and empowering the educational.   Dr. Amos Wilson avers that the “major goal of Afrocentric education is that we become self developing, self directing, and non reactionary”. Rendering our children a mockery for social media clout is not “discipline,” but a dangerous game. Raising a generation of self-empowered Black children will take a radical reimagining of parenthood. A necessary part of that reimagining will be the rejection of Eurocentric practices that cover our children in contempt and blame, rather than our own warm embrace.

Michael Reny Taylor is an Intellectual activist from the Washington, DC area who loves working with and helping people. Michael studies Sociology and African American studies.

Older Entry White People Need To Stop Asking Us This Question
Newer Entry Dear Toronto, Do You Even Know Who Kawhi Leonard Really Is?