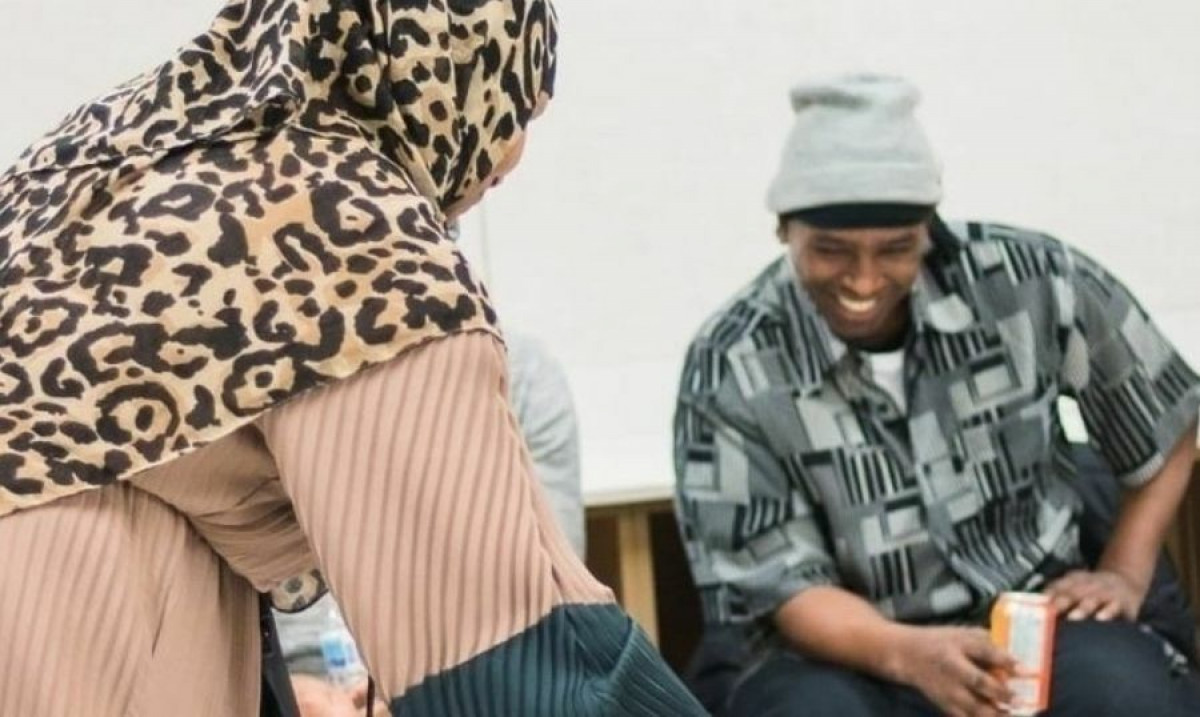 Before the age of 5, Abdilahi Elmi had seen dead bodies and witnessed war in Somalia. He fled with his family to Canada in 1994, where he was taken into the child welfare system at the age of 13 following physical, psychological and emotional abuse. He struggled with trauma and lack of supports which led him to cross over into the criminal justice system as happens to so many youth with backgrounds of abuse and neglect.

Abdilahi Elmi never received his permanent residency despite living in Canada from the age of 10. Although he was in the child welfare system, and vulnerable to criminalization, they never applied to secure his status or citizenship. This denied him the “right to even have rights.”

He had no contact growing up with the Somali community, does not speak Somali, and had no access to family or any other supports. He has no way to live in Somalia.

Abdilahi Elmi experienced addiction as a result of his experiences, and moved back and forth between incarceration. He was homeless for periods of time. His crimes are typical for a background with trauma. In the last year, with the help of community supports in Edmonton, he successfully was in a program and making progress. His community was able to surround him and help him move forward.

CBSA decided that Abdilahi Elmi is a risk to Canada and decided to deport him. For most of the process he had no lawyer. His community raised money for representation for him, but by the time they gathered the money, he had missed the appeal date.

Now he is sitting in jail waiting to be sent back to Somalia, to an area that Canada claims is safe despite recent activity by Al-Shabab. He has no way to navigate and has called his deportation a “death sentence.”

Canada systematically fails people who come as refugees and end up in the child welfare system. When these children experience trauma, they are criminalized. When they are criminalized, we deport them and wash our hands of them, in violation of our international obligation to protect the rights of children.

The “process” fails in all ways to secure paperwork for children, then holds them responsible for not having it, then denies access to legal representation and the courts. Does this seem fair or just to anyone?

It is past time to end the deportation of former refugee children in care without citizenship. We must fight for Abdilahi Elmi. In this election year, your MP will be out campaigning. There is so much scare mongering around immigration that many may be scared to address cases like Abdilahi Elmi’s and hope to sweep it under the rug. It is up to us to let politicians know that rights matter, and that people like Abdilahi Elmi should not be disposable.

WHAT YOU CAN DO: This situation is urgent. He is scheduled to be deported on August 21st (dependent on paperwork.) There is no time to lose. Contact your MP and challenge them about this case and the rights of refugee children in care. Demand a stay of this deportation, and the opportunity to re-open the danger decision so he can get appropriate counsel. Tweet, show up in person at campaign events, stay tuned for actions in Edmonton and in your community.

El Jones is a poet, professor and activist living in Halifax, Nova Scotia. She was born in Wales and grew up in Winnipeg. She was Halifax's Municipal Poet from 2013–2015.

Older Entry Remembering Hodan - We Shouldn’t Think Of How She Died But Of How She Lived
Newer Entry Is Racism In Hockey A Problem We Can Fix?