On Justin Trudeau, Blackface And The Lies Canadians Tell Themselves Featured 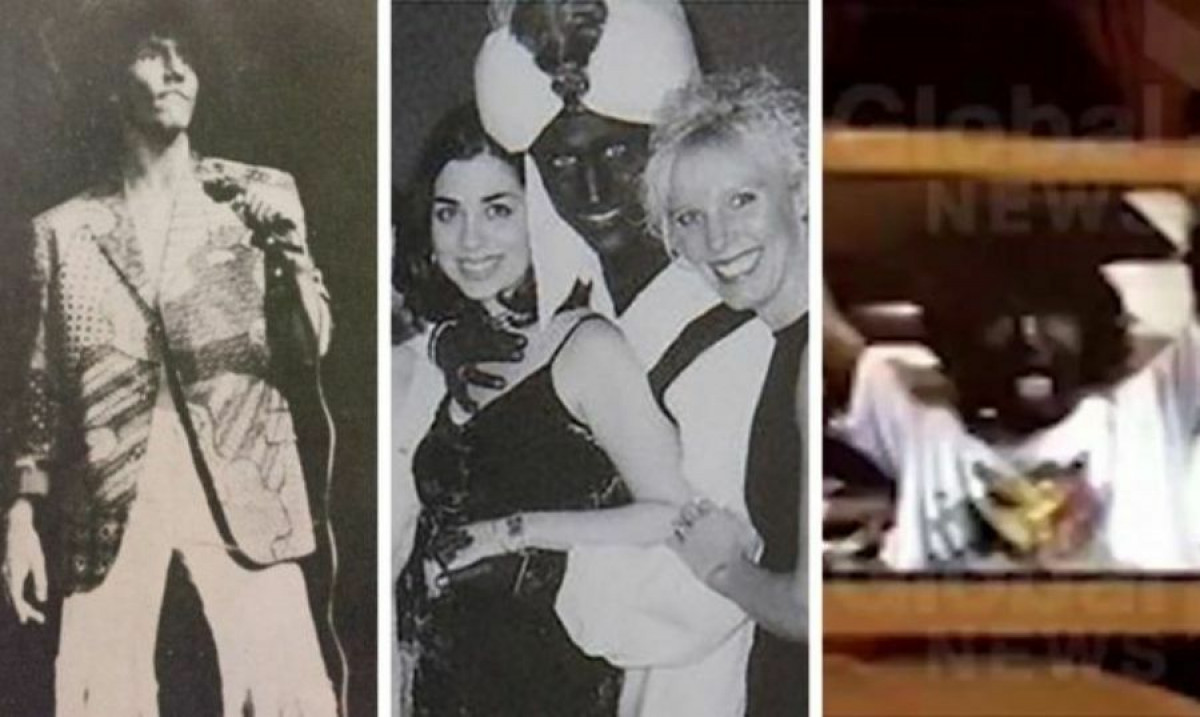 The Internet and all its Twitter activists are busy cancelling and critiquing a photo that has so fittingly surfaced a month before Canadians cast their votes in the upcoming federal election. In the photo, Justin Trudeau is in ‘brownface’ dressed as Aladdin at an ‘Arabian Nights Theme Party’ in 2001.

During his apology, Trudeau also admitted to wearing ‘blackface’ in high school and singing ‘Day-O’. Then this morning, a third incident of racism, a video this time, surfaced of Justin Trudeau dressed in full black make-up. Trudeau was so committed to the accuracy of his appearance that he didn’t miss putting black paint on any visible inch of his body. He faced the music today at a press conference from Winnipeg where he admits to having "layers of privilege" and dressing up this way is something he "deeply regrets." He says it came from a lack of understanding of how hurtful "blackface" is to people who have to live with discrimination every day.

When you look at Justin's teenage 'blackface' incident, you might be able to see it as the misguided attempt of a high school dramatist. However, Justin Trudeau has never been a normal student. He is the son of a Canadian Prime Minister who was lauded for his commitment to multiculturalism. His father, Prime Minister Pierre Trudeau, introduced the idea of the pan-Canadian identity. In 1971, Pierre Trudeau championed the adoption of the world’s first multicultural policy. 1971 also happens to be the year that Justin Trudeau was born. By high school, it is safe to assume that not only would young Justin be aware of his father’s work, but be held to a higher account of responsibility. If this work was genuine and true, Justin Trudeau would have been raised in a home that promoted cultural understanding.

The second incident of Prime Minister Trudeau performing racism took place when he was a teacher at a private school in Vancouver. The excuse that it was a costume party does not hold water. Dear White People, you can wear a costume representing a character from any story WITHOUT wearing ‘blackface’. Justin Trudeau could have dressed up as Aladdin and everyone would have known he was Aladdin. The decision to wear ‘brownface’ showed a complete disregard for cultural identity and affirmed the racist principle that people of colour are costumes to be performed.

The third incident showing that Trudeau has been using his drama training effectively features a return to ‘blackface’. He is not in high school. He is not at a costume party. He is having a romp of a time that is punctuated by a performance of racist and cultural hate. Canadians are shocked and appalled. This is not the Justin Trudeau that they have come to love. This is not the Justin Trudeau that campaigned on a platform of gender parity and inclusion. This is not the Justin Trudeau that has attended cultural events and photographed with people of colour from Scarborough, Ontario to Bombay, India. Yet, this is your Justin Trudeau. This is Pierre Trudeau’s, Justin. He is the son of a Canada that has used the brand marketing of multiculturalism to erase its racist history. He is the son of a Canada that has built its ‘nice’ by constantly hacking away at the ‘U.S chip’ on a shoulder. He is the son of Canadian pretense. I am not shocked that Justin Trudeau performed racism repeatedly; I am shocked that it took us this long to have some kind of mass agreement on the issue. Have we forgotten the disaster of the trip to India? It was political buffoonery. Justin Trudeau has made a series of cultural gaffes. So, wipe that look of shock off your faces.

So what happens now? We cancel Justin Trudeau? We use the chip on our shoulder to vote Jagmeet Singh as the next Prime Minister of Canada and use this victory to reinforce the farce that is multiculturalism in Canada? What happens now, Canada? Cancel culture is not enough. And, using candidates of colour as mascots of performative erasure are only markers of the pervasiveness of White Fragility.

Trudeau should not resign. He should remain the Prime Minister, and let the people of Canada place their ballots. Every election, Black Canadians make the decision to decide which politician or party is most likely to move the needle on equity, diversity and cultural inclusion. Who will do the work to right the wrongs committed against First Nations, Metis and Inuit people of Canada? Who will address Canada’s school to prison pipeline? Who will develop the policies for better education, affordable housing, living wages, employment discrimination, healthcare, immigration etc.? We ask ourselves these questions about candidates who we have witnessed committing and performing racist macroaggressions over and over again. Often, we find ourselves voting for the least discriminatory candidate rather than the most qualified and deserving.

Canada is a country that was taken by force from the First Nations, Metis and Inuit keepers of this land.

Canada is a country that participated in the slave trade.

Canada is a country with a history of Residential Schools, the Sixties Scoop and missing and murdered Indigenous women.

Canada is a country that tells immigrants to ‘go back where they came’, where the police abuse people of colour, where political leaders represent White nationalism.

Canada is a country where the n-word is a weapon.

Do I think Justin Trudeau is a racist? I don’t think that’s the question to be answered. Is Justin Trudeau capable of doing the work to reconcile any of these transgressions? I don’t know. What I do know, is that he holds the highest position in the land, and he can both personally reconcile and professionally lead a pathway to change. He can hold the Canadian population to account by challenging White fragility and taking responsibility. In his own words, Justin Trudeau has stated that systemic racism exists. We know, at least for the next month, that he will be at the head of that system. What will he do about it?

Teneile Warren is an artist with her hands. A chef and a playwright; she believes our words and our food are more intertwined than we think. She is the co-owner of nyam Revival Kitchen and also works as a community advocate supporting the advancement of equity for racialized and immigrant youth population. She lives in Kitchener, ON with her wife and three “fur babies”.