The Problem With Ontario's Public Schools

By Andres Ibarguen
Published on Tuesday, May 12, 2020 - 12:00
In light of the scandal that erupted out of the Peel District School Board earlier this year, it is worth re-examining the interaction between the public education system in Ontario and black children. But it also begs the question, what is the point of publicly funded education? Is it to provide a base level of education or is it more so to correct for certain disparities already present in our society, disparities that children themselves are not responsible for?

Contrary to popular belief, Canada and specifically Ontario, does have a history of segregated schools. The Common Schools Act of 1850 allowed for segregated schools, as at the time this was considered a pragmatic approach to education; where people of different cultures and faiths could be educated based on those factors. One would point to the fact that we still have a separate, public Catholic school system today (the Common Schools Act specifically referred to separate schools for Protestants, Catholics, and black people). In the mid-19th century, there were several cases of black Canadians being refused admission to public schools in their local area. And in an 1854 Supreme Court case, it was ruled that if there was a school established specifically for black people then the black children had to attend it, regardless of the wishes of the parents or other factors like quality or distance. Ontario and Nova Scotia, two provinces known for their historic populations of black people, were the only provinces to put segregated schools into law, but this became common practice in other provinces as well. Leonard Braithwaite, Canada’s first black MPP, only forwarded a motion to close the last racially segregated school in Ontario in 1965.

The racial segregation also extended to universities in Canada. Although some universities, such as McGill and the University of Toronto, did admit black male students, even in the Antebellum era. Queen’s University banned black students from attending medical school in 1918 and did not officially remove this ban from their policy until only two years ago, in 2018. Although it is worth noting that this policy was not enforced after 1965, it is still troubling, and implores one to ask: why wasn’t it officially removed at any point before 2018? Among other examples, this practice was somewhat widespread at Canadian medical schools, including Dalhousie and the University of Toronto.

More recently, streaming (Applied and Academic streams) was introduced to the Ontario public education system in 1999. Prior to this, students were divided into vocational, college, and university tracks – and this system was already criticized for placing a high number of low-income students into the vocational and college tracks.

The theoretical reason for which there is a division between applied and academic is that the government needs to maintain a steady supply of students going to college (as without this most people would aim for university). The government is essentially designating certain children as ‘college-bound’ when they’re 13 (in grade 8) and putting them on the track to college through Applied programs, which can make it difficult and costly to move up from Applied to Academic or College to University. Provincial and federal governments are invested in maintaining certain occupancy levels at different colleges and universities. Presumably, the government does this to ensure the supply of students entering the trades and other, similar fields out of college, due the reliance of our economy on heavy industries (real estate, manufacturing, natural resources, and construction make up about 35% of our GDP). In other words, social engineering.

How Does This Play into the Current School System?

Canada is not a country known for keeping race-based data (so excuse the lack of up to date data), but the Toronto District School Board (TDSB) does release reports on educational attainment over 5-year periods. Considering it represents the school board with the largest black population in Canada, it provides some interesting insights.

Between 2006-2011, the Grade 9 cohort of black students had a 65% graduation rate and dropped out at almost 23%, the overall graduation rate increased to 77% between 2011 and 2016 (dropouts were not reported) and graduations in Applied programs also increased over the same time frame. This is an improvement on the last 5 years but nonetheless a worrying number, with black youth still showing the second-highest dropout rates, before Latin American students. Moreover, between 2011-2016, 47% of black students did not apply at all for post-secondary education, again, second only to Latin American students at 51%. This would imply that a significant portion of black students graduated high school and did not apply to university, college, or other programs – in addition to demonstrating that nearly half of all black high school graduates do not apply to university. This could be for the fact that so many of them are in the Applied streams to begin with, as TDSB data shows that Applied students have lower graduation rates than other streams.

The effect of this can be, and already has been, to create a cycle in which black students are falling below the levels of education of their counterparts, finding themselves socioeconomically disadvantaged in adulthood, and thereby perpetuating the same cycle for the next generation (consider the above data that found that third-generation black students were reversing the improvement cycle in graduation and dropout rates between 2006-2011). The part about university is crucial, the educational attainment of parents is a determinant for the educational attainment of their children, and data shows that there is a cycle in which families are failing to graduate high school or go to post-secondary school generation after generation. TDSB data shows that 92% of students graduated high school if they had parents who graduated from university, in contrast to graduation rates ranging from the low-to-mid 80s for parents who have no formal education, high school, or college-levels of education. This, again, points not only to a generational gap but to a socioeconomic disparity. And unfortunately, black Canadians often find themselves on the receiving end of that disparity.

There is also another indicator that is of particular interest to black Canadians, and that is family structure. TDSB data points to 90% of students from a two-parent household graduating high school in 2016, in contrast to 79% for children raised in single-parent households. Stats Canada showed that 46% of black Canadian children grew up in a single-parent home in 2004, in 2005 it reached about half of all black children – trending upward. Due to the lack of data, we can’t account for what the rate would be in recent years, but anecdotally speaking, the negative trend seems to have continued. This may also be linked to the above-mentioned trend that third-generation black Canadians were fairing worse in public schools.

Stats Canada found that in 2004, Canadian-born black children were more likely to live with only one parent versus their foreign-born black Canadians – which may indicate that over generations, black Canadians who immigrate here trend towards single parenthood and also towards lower educational attainment (and therefore a lower socioeconomic status). And again, this indicates that there is a cyclical problem behind education attainment for black Canadians, whereby educational success can be predicted based on family structure and parental education attainment (both indicators of overall socioeconomic status) and black Canadians are trending negatively in terms of maintaining two-parent households and individual education attainment, perpetuating the cycle. Black Canadian children arrive at school and are already behind other children given their socioeconomic disadvantage, and therefore find themselves continually behind in education with respect to their peers; overrepresented in Applied programs, underrepresented in post-secondary institutions and white-collar jobs, and perpetuating the cycle for future generations.

There is good news though, between 1992 and 2016 the black graduation rate increased 34%, the largest increase in graduation rates for any racial group.

Today, black students continue to be overrepresented in Applied programs and are still among the racial groups with the lowest graduation rates in the country. The issue behind this is complex in nature, it is clear that socioeconomics plays a large part in it, however what is unclear is why black Canadians are disproportionately lower-income earners when compared to other ethnic groups to begin with. Considering the history of segregation in education in Canada it could certainly be said that the historical precedence is related to the problem, but at the same time, the vast majority of black Canadians today are immigrants. And so, the real cause remains unclear. What is clear, however, is the effect. And as described above it has led to a cycle in which, much like our African-American counterparts to the south, we are finding ourselves increasingly repeating the same cycle of low educational attainment and relative poverty with respect to other racial groups.

What Can We Do?

The fact that a provincial review recently found evidence of systemic racism in the Peel District School Board is nothing new. In fact, it’s been legislated since 1850 and, as we mentioned above, Queen’s University officially barred black students from admission to their medical school until 2018. So now, the more important question is not who to be angry at but how can we secure the best and brightest futures for black children. We have evidence that socioeconomics can be a deciding factor in educational attainment and we also know that black Canadians are disproportionately socioeconomically disadvantaged. We have no reason to rely on a system that has left so many of us behind. We need to double down on the education of our children outside of the public school system; finding ways to support parents and single parents who are trying to do their best but are unable to provide the after-school activities, tutors, and other resources that other parents may have at their disposal. Volunteer time and donate money. Furthermore, if we want to secure a better future for our children, we have to start with securing a better future for ourselves. If you finish university, your children have a better chance of finishing university, a better chance of having a high paying job, and so forth. We can, and will, work continuously to improve the public education system, but in the meantime, individual decisions can make a huge difference. You never know how much a simple show of empathy and encouragement can leave a mark on a young mind and propel them towards a better future. And I strongly believe that these small, incremental acts can make a huge difference while we work on fixing the system simultaneously.

The previous track-system was criticized for letting low-income students fall through the cracks, and today, like then, black students make up a large portion of those socioeconomically disadvantaged students who are failed by the school system. It’s not only an increased investment in public education that is the answer to this issue but more so increased investment in the right aspects of public education that can effectively cancel out these disparities. We need to hold our federal and provincial governments accountable for their failings, specifically in preventing cycles like this from taking off in the first place.

To the credit of the Toronto District School Board, they did unveil an anti-black racism strategy for 2018-2019, but the above-mentioned concerns with systematic racism at the Peel District School Board have yet to play out. When the next study is released, presumably in 2021, hopefully, we will have more accurate statistics on which to base our decisions and will see even more improvement in the education of black children in Canada.

Andres Ibarguen is originally from Mississauga, Ontario but has lived in Milan, Italy since September 2014. He is currently the Editor of Montres Publiques and is an avid reader - passionate about history and economics, among other things.

Race Based Data Is A Life Or Death Issue - Why Does The Government Keep Ignoring It? 05 May 2020
Dear White People, I Can't Do Anything With Your Feelings 27 May 2020 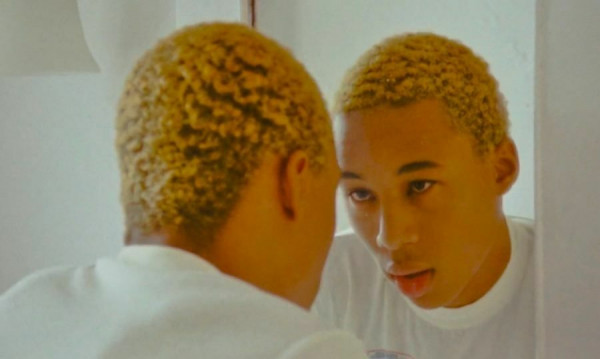