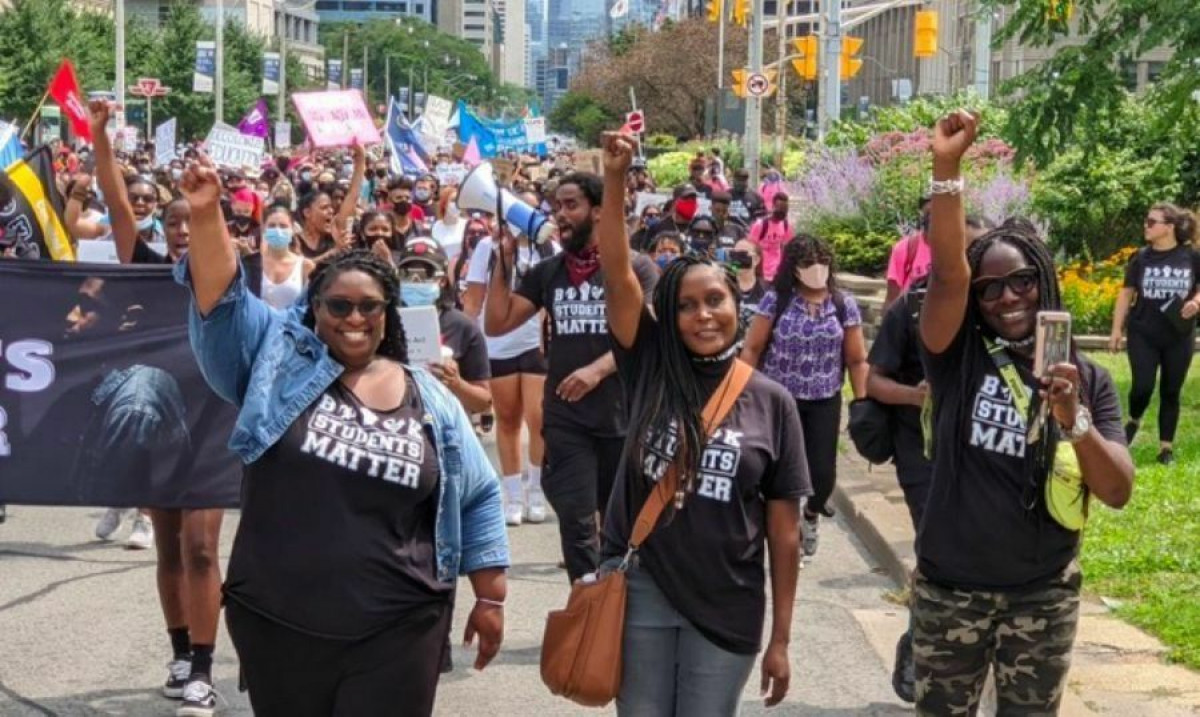 A big change happened in Ontario’s education system last week. It a game changer for Black and racialized kids, and you likely have not even heard about it.

On Thursday, November 5, Education Minister Stephen Lecce announced that racism and discriminatory remarks by educators will now be made an act of professional misconduct with the Ontario College of Teachers.

This means that for the first time in Ontario’s history racism perpetrated by teachers in schools has consequences.

This change didn’t happen by accident. This was the result of the ADVOCACY of Black women and men – and two groups in particular. Parents of Black Children (PoBC)(PoBC) and Vaughan African Canadian Association (VACA).

Black kids are battered in the education system. Every day we parents pack their lunch and send them off, unprotected into a system that was designed to exclude them, to uphold Eurocentric values, and to strip our children of their humanity.

We see this play out in the higher suspension rates and harsher discipline of Black kids. Our children are streamed into applied programs or apprenticeships and steered away from pursuing academic pathways.

Our little girls are called sassy or told they have an attitude, even before they are old enough to know what the words mean.

Our children work hard, study hard, put everything in their work, only to see their efforts not reflected in their grades.

Then, there is the blatant racism. A teacher writing the N-word on the chalkboard of a Grade 5 classroom. A gym coach telling white students to go check their stuff in the changeroom because a Black boy is in there and Black boys steal. A teacher saying, she would feel uncomfortable walking past a student council office if a 6 ft Black boy was inside. All these things- all these remarks, can no longer be brushed off as misunderstandings…they now have real consequences.

I am proud to be a part of the advocacy that made this happen.

I will admit, I was extremely skeptical when Stephen Lecce was appointed Minister of Education.  I remember reluctantly attended a meeting with him In July 2019, arranged by VACA. I was on the phone, and couldn’t see his demeanor, but he didn’t say much. He listened. I did not expect much from him. But I have been pleasantly surprised. Parents of Black Children, at that time only newly formed, along with VACA and many other Black community groups in this province, have worked tirelessly to challenge the Minister to address the gross inequalities and anti-Black racism in our education system.

We created a list of 10 demands. This demand, calling for racism to be classified as professional misconduct with the OCT was about accountability. It was number three in our letter sent by our supporters and allies to the Ministry of Education and number seven on our list of 10 demands from the Mach for Black Students.

I know that we haven’t achieved this change on our own. I know that Parents of Black Children and Vaughan African Canadian Association stand on the shoulders of decades of advocacy calling for accountability. Report after report, by education researchers and advocates showcasing the deficit in our system and the disparity in outcomes and experiences for our Black kids.  I know that the path for this change has been laid by equity activists and change agents in other systems- like child welfare- taking the knocks and creating a pathway for change that can be replicated in systems like education.

I know there are good folks on the inside of the Ministry of Education, and within our School Boards and schools advocating and championing change daily. I know that our allies were a great source of help in bringing this change about.

But I also know that in August 2020, in the middle of a pandemic, three moms, Charline Grant, Shernett Martin and myself, fed up with the possibility that our kids could be heading back to school unprotected with no real change in accountability for educators, held a March for Black Students from Toronto City Hall to Queens Park and called for change.

I know that a group of parents from York Region came together to talk about how to combat racism in York Catholic and York Region District School Boards, and turned that conversation into a powerhouse organization called Parents of Black Children, which now supports and advocates on behalf of Black families from Thunder Bay to Windsor, across this province.

I know that when Parents of Black Children created a campaign for change and asked allies, parents, stakeholders and supporters to download and send our templated letters to the Minister of Education and the Ontario Government and their MPPs, they responded. To the point where Minister Lecce’s e-mail box was temporarily blocked.

I know that change does not happen by accident. I know that PoBC and VACA led this change.

And I am proud.  I am proud that I can look at my children and tell them that no one, not even a teacher will get away with saying something hurtful to them, with disrespecting them because of their race. That educators will face consequences if the humanity of Black children is not respected. If they call Black kids apes or tell them they "eat like Africans" ...this will now be professional misconduct.

We do not know all of the details of this change. But I do know that when Parents of Black Children gets a call to support a family, to attend a meeting at a school with parents, or to unpack a situation between a Black student and a teacher, accountability for the racism endured will no longer be a debate.

Often the contributions of Black women are lost to history. This is a historic change, that seems to have been met with underwhelming interest. Everyone should be aware of what has changed, what it means and how it happened.  I want to name names here.  I want to recognize the hard work, the time away from kids and families, the work that is done late into the evenings and every waking hour on the weekends, while also managing full-time jobs, children, relationships, extended family and a pandemic.

I want to recognize those who fought and advocated so that racism in schools across Ontario does not go unchallenged and unaccounted for. Our names are listed below. And we are not done yet. We are just getting started.

Kearie Daniel is a founding steering committee member of Parents of Black Children. Kearie is also a Communications and Equity and Inclusion Leader, Freelance Writer and creator of the Woke Mommy Chatter blog and podcast. 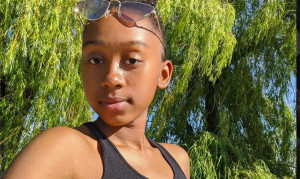 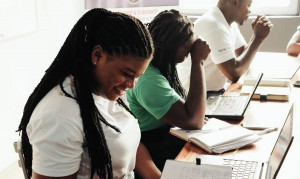