An Eritrean In Canada: What The Tigray Crisis Means For Me Featured 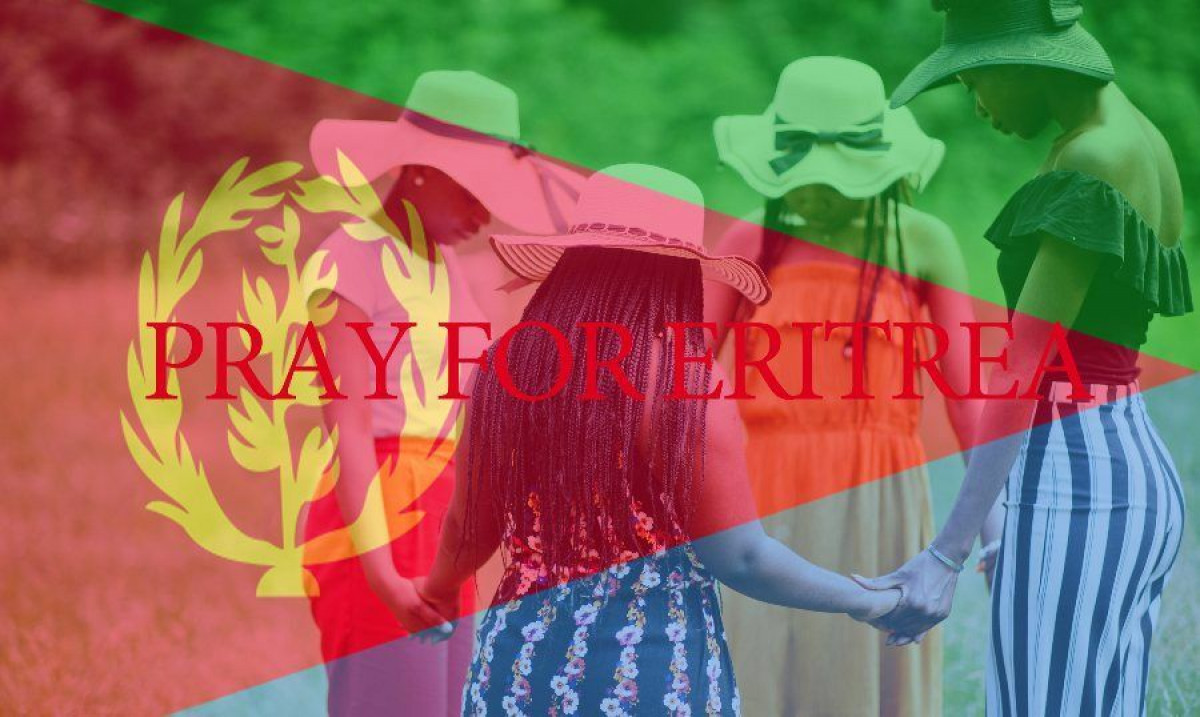 I am choosing to stay anonymous due to the harm my family back home may experience if I identify myself.

When news spread of a missile attack by the Ethiopian Tigray People’s Liberation Front (TPLF) on Eritrean soil in mid-November, it transformed the internal Ethiopian conflict to a transnational one. Rockets fell into the Eritrean cities of Dekemehari, Gemehalo and Nefasit. Ethiopians and Eritreans, alike, feared what this could mean for citizens on the ground. My family feared what this could mean for us, our people and country at large.

Internal conflict in Ethiopia between the federal government and TPLF began in November 2020 and is still ongoing with death tolls in the Tigray region rising to over 60,000 people with over 950,000 people that have been displaced from their homes.

The historic peace agreement made between Ethiopia and Eritrea in 2018 ended 20 years of sporadic conflict, but Eritreans remained skeptical of what this new relationship between the leaders would entail. The Eritrean government had used the “no war, no peace” mandate with Ethiopia to justify their most repressive policies, and many hoped that the peace deal would garner respect for human rights in Eritrea. But little has changed since.

Isaias Afwerki, president of Eritrea, and the TPLF fought as allies during the liberation struggle against the communist Derg in Ethiopia, between 1974-1991. But the violent war that occured between Ethiopia and Eritrea in 1998-2000 over the Badme region, destroyed the solidarity on both sides, effectively putting Eritrea in a state of emergency.

But what must be understood is that the catalyst of the current conflict occurring in the Tigray region had nothing to do with Eritrea or the Eritrean people. A power struggle between Tigrayans, Oromo and the Amhara’s governments has been occurring for years which is the underlying current of the war.

According to Efrem, a refugee who fled Eritrea in 2017, “There’s a lot of propaganda going on. By the Ethiopian side, the Eritrean side and by the TPLF. The prosperity party in Ethiopia as well. There’s a lot of division going on. Ethiopian politics have become ethnic and racial. Every Tigrayan is in support of the TPLF. Every Amharan is in support of the prosperity party. And that’s a major problem because there’s no solution that can come from war cause everyone should stand for peace and not war.”

Abiy Ahmed, current Prime Minister of Ethiopia, held off on the parliamentary elections in 2020 due to the risk it would be to send millions to the polls during a pandemic. TPLF defied Abiy’s decision and ran their own elections in the Tigray region. Abiy declared their election to be illegal and consequently, cut off funding to the Tigray region. The TPLF responded by attacking the federal military base -- triggering the war that we see today.

What is NOT getting enough coverage is the devastation this has caused on the Eritrean people, both locally and abroad. Not only are thousands of Eritrean refugees in the Tigray region being killed, abducted and forcefully returned to Eritrea, but there is a horrible hunger crisis happening there. The current circumstance is a symptom of a deeper problem in Eritrea.

Since 2001, the Eritrean government started exercising totalitarian and brutal control of the entire country. The government started by closing all independent newspaper stations, arresting journalists and government officials who have criticized Isaias. Eritrea denies its citizens rights based on political opinion and religion, and citizens have no say in the running of the government. The Eritrean constitution, which was approved in 1997, was never implemented and there have been no national elections since the country’s independence.

Efrem explains, “When you are young and you are brainwashed, you don’t get what’s happening. I was born and raised in the system, so I didn’t know any better. So when you’re born into oppression and you have nothing to compare to, you don’t even know that you’re being oppressed. If you’re born into it you think that’s just the way the world is. The state-owned media tells you that Eritrea is a safe haven and the world is chaotic and deadly. And this is what we’re being told all of our lives.”

One of the most egregious problems that is causing thousands of young Eritreans to flee their country is the indefinite national service. Starting from their last year of high school, young Eritreans are expected to serve indefinitely in the military or civil service, called Sawa, under inhumane conditions. As Efrem remembers, “When I went to Sawa, the oppression was so evident. It was in your face.”

Leaving the country is unlawful and punishable, so most leave undercover each month into countries like Sudan and from there migrate to other countries. Many have lost their lives on route -- many due to the “shoot-to-kill” policy that the Eritrean government has established among other things. “Despite how dangerous it is to escape to Ethiopia, Sudan and Libya, people are still choosing to go that way instead of staying in Eritrea,” Efrem admits.

Fleeing citizens who aren’t killed are usually arrested and not subject to judicial review or appeal and never brought to trial, thus rotting in jail with families not knowing their whereabouts for years.

Arbitrary arrest within Eritrea is also a huge cause for concern. Government informants have been responsible for the arrests of citizens who have publicly criticized Isaias, completely restricting freedom of speech. Families are struggling to understand the circumstances in Eritrea due to even phone calls being tapped, both local and long distance phone calls. This isn’t any different when Efrem calls back home. “What they say is, they don’t speak anything. They don’t want me to speak anything too because they fear for their lives. And I understand that too. But when I call and ask how they are they’ll always say they’re doing fine because their phones are being tapped. They don’t want to risk anything. I try to talk more but like you can’t even have a normal conversation because it's so awkward knowing someone else is hearing your conversations.”

All of these human rights violations have lasted for 20+ years in Eritrea putting the country in a very fragile state, with the war, hunger crisis and pandemic only exacerbating these issues.

Eritrean immigrants, refugees and the diaspora, have had polarizing opinions on the political landscape of Eritrea, which many have argued is the reason why Eritrea as a country hasn’t progressed. As Efrem puts it, “Many Eritreans in the diaspora are saying that what is happening in Ethiopia is none of our concern. While another majority of people are saying the opposite. But they are not considering Ethiopia as a whole. They are still taking sides and that’s also a problem.”

As an Eritrean diasporan myself, the polarizing opinions of Eritreans has become frustrating. Many of my relatives are refugees who have been heavily impacted by the repressive rulings.

So many of us don’t know what it means to have true liberation and justice in Eritrea because all we’ve known is totalitarianism and war. There is resentment and frustration in the eyes of those who send hundreds to thousands of dollars back home every month, to keep afloat family who the Eritrean regime continues to neglect. There is sadness on their faces when the likelihood of them visiting Eritrea lessens every year. Their eyes fill with tears when families back home beg them to send food because money is not enough anymore.

The transportation ban that was started as a response to COVID-19 has exacerbated the food and water crisis in Eritrea, leaving local markets nearly empty of supplies with food being too expensive to purchase for many. My family and many others have now resorted to sending cargos of food and clothes from Canada to Eritrea via boats. Remittance and food being sent back home is one of the top reasons as to why Eritrea and it’s people have survived for this long. Isaias Afwerki is a ruthless dictator and never cared for the survival of his people. Involving Eritreans into the current Tigray war is the biggest indication of this.

As Efrem adds, “On the Eritrean side (pro-government/PFDJ) are siding with Abiy because Isiaias sided with him. Those who have been affected by the Tigray people feel like justice is being served to the Tigray people because of what the Tigray people have done to them. But this is going to lead into another cycle of revenge with no end.”

To the Eritreans and Ethiopians on the outside, we cannot afford to allow our political differences to be the reason we turn a blind eye on what is happening. The war must come to an end because our people are dying from displacement, war and hunger. The most vulnerable groups, the Eritrean and Tigrayan refugees, are the ones being systematically raped, brutalized and killed at disproportionate rates. Osman, an immigrant in Canada, expresses, “This war has exacerbated a huge humanitarian crisis amongst Ethiopians as well as Eritrean refugees.The extent of negative impact of the war is far-reaching beyond the parties in the conflict. So, we all have duties and obligations to help people affected in every way we can regardless of who they are. This can be done through various NGOs and humanitarian organizations. Also by calling for the halt of hostilities and seeking political solutions.”

We must speak up for those that can’t on the inside and put pressure on all governments to implement necessary changes for the survival of our countries and our people. All governments and groups, which includes the Ethiopian, Amhara, Eritrean and TPLF, must be held accountable for the thousands that have died and been impacted by the war. “All parties are to be blamed for they had many other peaceful political options and ways to avert war,” Osman declares.

As we all continue to bring awareness to ending the war, resources are below to support the civilians and refugees being impacted the most. This open-source document is a great start.

Donations: best way to support Eritreans for basic necessities is to send supplies and money directly to them.

To support civilians and refugees in the Tigray region:

Help families in Tigray suffering from the war

Rise Up For Those Displaced in Tigray

Money supports the refugees in Sudan:

ARAHA - American Relief Agency for the Horn of Africa 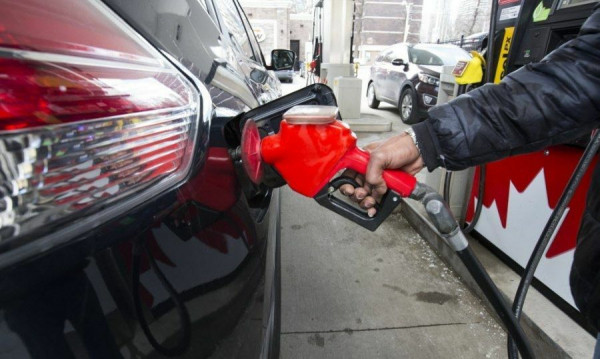 How To Keep Your Parked Car Healthy During Quarantine