Your involvement is desperately needed for a variety of reasons both jovial and serious. In tribute to my own father, here is why.

First let’s get some practical tips out of the way. Dads, if you’re leaving the potty training up to your son’s mother, stop it right now. You need to stop your boys from “male dabbing” before it begins. What the hell is “male dabbing” you ask? That’s what I said when a female friend of mine told me what she was teaching her son to do. After peeing, he was informed to take a piece of toilet paper and “dab” his penis. In my mind, I was going “wtf!” and despite my arguing for the boy’s maleness, she stood unrepentant about her actions. So I’m taking to the Internet to save my young brothers from the madness!!

Dads, it’s up to you to inform your child’s mother that “shaking” is better than “dabbing”. There is an art to shaking that boys must learn in order to become men! If you’ve grown tired of repeating yourself, go get her right now and let her read this next paragraph.

Here are the instructions; boys need to shake (fully) three to six times. If they shake less than that, they’ll put their penis away and piss on their own leg. Then he’ll look like an idiot trying to dry his pants under the public dryer. He’ll learn fast because having piss on your leg, walking around in public waiting for it to dry is irritating as hell. He shouldn’t shake more than six (fast) times though. At that point, he’s just playing with himself and you shouldn’t be around if he stumbles on a good technique. There are no toilet rolls next to the urinals in the men’s washroom anyway, so “male dabbing” is a waste of time and not practical (my friend will kill me if/when she reads this).

To my other females friends who have relaxed their boys’ hair, who have trained them to pee sitting down and who have their five year old son’s hair trimmed every Saturday... I only have so much space on this site (next time).

Brothers please, before it’s too late get involved in your daughter’s upbringing, no matter how uncomfortable! Serious Reason: Your absence will cause your daughter to date many idiots! So many women wander through unfulfilling relationships looking for a suitable mate, not really knowing what they want. But how could they if they didn’t get the advice from their father they should have?

Fathers, you need to bust a brother’s game before he even steps to your daughter. Personally, I cannot wait to bust the balls of potential suitors by making them run the gauntlet of my expectations, giving them the evil eye at the door, etc. Why miss out on all that fun? I’m smiling thinking about it right now as I write this. Fathers, you need to inform your daughters of every known play a man will conceivably make on her. Example: If a guy gets her number and he doesn’t call you within a week (stretching it), you need to tell her he’s talking to another woman and you’re on stand-by. You need to tell them to run away from the guy with two kids from two different women. That brother is either leaking or transmitting semen through his pores. Get away from him.

Tell them what females do wrong in relationships too, like asking a whole bunch of leading questions before getting to the real one you want to ask. That gives the guy too much time to make up a story. Deliver that question like you’re Ronda Roussey or Laila Ali delivering a right cross to the mouth. “Are you sleeping with (insert name here) and I want an answer now!” No pre-empting, just “boom!” straight to the jaw. Based on his reaction, you’ll have the answer.

If fathers told their daughters these things, they wouldn’t have as many problems in relationships later on in life.
On a serious note, it’s painful to see 40-year-old men/women proclaiming the lack of a father didn’t impact them in public, but crying over their fatherless childhood in private. No pictures of a father helping them blow out birthday candles. No memories of playing basketball/soccer against a gigantic man, knowing he’s not playing full out, just having fun on a summer day. No recollections of driving trips where your father sat behind the driver’s seat, tired, bored but in charge of getting the family to their destination.

It must be tremendously sad to only have a name, a single picture to quench the thirst of fatherly memories and a love that would never be uttered. You deserved better than that. Your child deserves better. Don’t repeat the cycle of pain and lost time brother, it’s a mistake. Your child needs you, and on top of that, you need them.

Thanks Dad for the play fighting on the carpet, the memories and providing the template of a father for me to build on. Hopefully I can be just as good a father to my daughters as you have been to me. But if one of my daughters pees standing up later on in life, I’ve screwed up royally.

Robert Small is an award winning Black Canadian artist. He is the proud dad of two amazing girls. 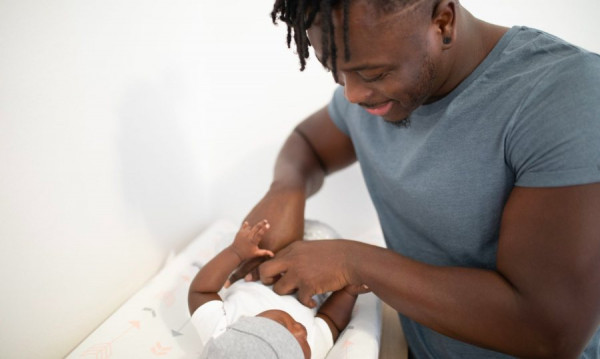 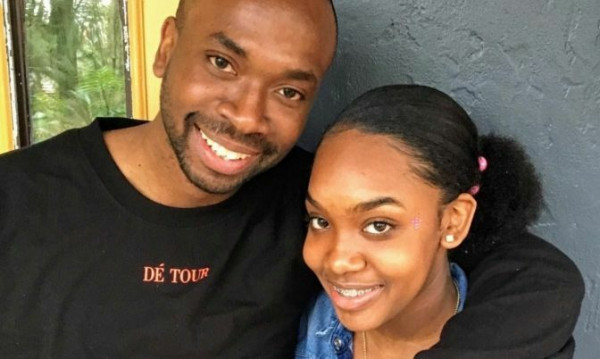 The Guilt And Shame That Comes With Being A Teen Parent 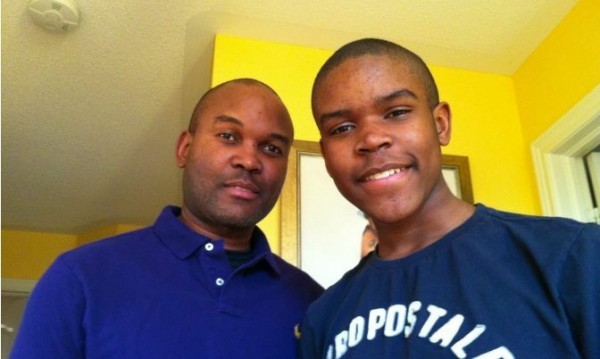