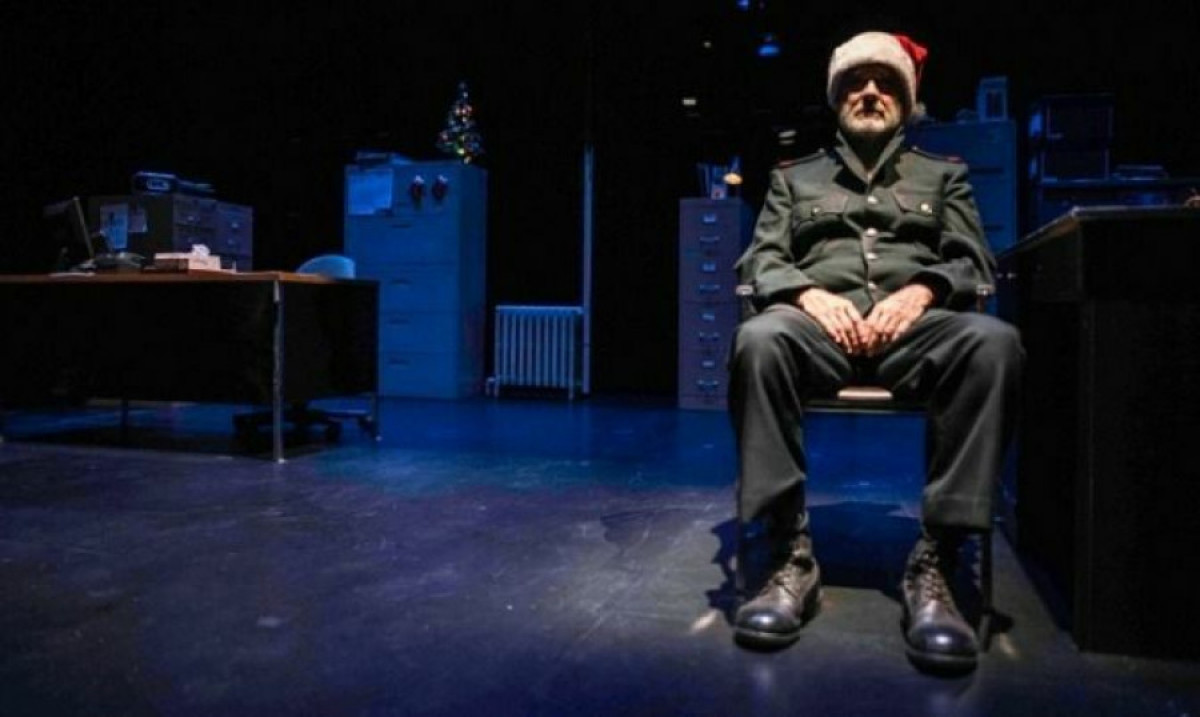 When people go see a play, they are usually so mesmerized by the actors on stage that the people behind the scenes are often overlooked in the celebration of a play’s success.

But if you’ve seen a production directed by Weyni Mengesha, you quickly learn that it’s the director who breathes life into a playwright’s words.

A multi-award-winning director and dramaturge, Mengesha launched her career directing one of the most successful plays in Canadian history, Trey Anthony’s ‘da kink in my hair’. Mengesha has only added to her stellar catalogue of work directing Ins Choi’s ‘Kim’s Convenience’, d’bi young’s ‘blood.claat’, Loraine Hansberry’s ‘A Raisin in the Sun’ and her most recent production, ‘Butcher’ by Nicolas Billion. The play is getting rave reviews including 4 stars from the Globe and Mail.

Butcher is currently making its Toronto premiere as one of three plays being featured in The Theatre Centre’s and Why Not Theatre’s, The November Ticket. The November Ticket features three innovative plays by three pioneering playwrights on one $60 ticket. Butcher is a theatrical thriller that delivers, holding your attention all the way through. In Butcher, a mysterious old man is dumped at a police station on Christmas Eve. He speaks a foreign language and is found wearing a military uniform and a Santa hat. A meat hook dangles around his neck, with a business card that says ―arrest me. As a lawyer, a police officer, and a translator attempt to unravel the truth, they uncover a past that can’t stay buried, and a decades-old quest for justice that must be served.

Theatre often tells the stories we don’t want to hear but need to, Butcher seems such a timely piece, would you agree?
I would agree. I think Butcher is a timely piece especially in a multicultural city like Toronto and Canada opening its doors to people from war-torn countries. As more people are coming into the country, I am excited about people being able to have a more human reflection about a story like this. It isn’t something about somebody “over there”. These stories don’t exist in a faraway place. What about when they are here and when they are adjusting? What about their healing and merging into the society?

The material in Butcher is heavy, how difficult is it to make emotional theatre entertaining? Also, how was it rehearsing some of those scenes?

I have an interest in talking about things that we don’t often talk about on the streetcar. I want difficult topics to be accessible. Sometimes we need access to those conversations and theatre provides that access. We go to the theatre to hear stories. I think people want to have transformative experiences. They want to escape and believe … I think it is important to do both. Often, I would cut the days short because the material is emotionally draining. We would cut it short and leave early, but that’s a part of the process sometimes.

In the play, one of the characters only speaks a foreign language. There are full scenes where you have to get the message across without translating, how difficult is it communicating through that barrier?

My work is about language but it is also about physical language. Sometimes, I make pictures where the words don’t exist. I was really excited about the fact that it wasn’t translated into English. I feel like it forces us to pay attention to the people, and their connection. It’s important to talk about the relationships in the room.

Being Ethiopian-Canadian did you connect with the play personally?

I grew up during the civil war. Most of my family were executed, my cousins and all the men over 15, except those who got out. My father was one of them. All the women were imprisoned. The cost of war is personal. What do we do for family members who have lived that experience and continue to live it? There is stuff there, they haven’t healed. Without justice, how can you have peace? I think often that the international community wants to have peace but you can’t have one without the other. Some Ethiopians would say they got peace and some would say they got justice.

Theatre has always had such a crucial role in social justice and giving people a voice. How has social media impacted the role of theatre in movements such as Black Lives Matters and the global refugee crisis?

In the refugee crisis alone, with people having different opinions around immigration laws, we saw it in the recent election. This story, Butcher, by simply existing, will potentially opens someone’s mind to the actual lives of the people. We bring some humanity to the news stories and the posts online. It is easy to negate the actual problems being faced if all they look like is a tweet or a link. Theatre creates the opportunity for you to experience something in a deeper way. It goes deeper than your intellectual judgement.

I think it’s like anything. If people aren’t invited into someone’s home, generally, they are not going to make the effort to go. When I started out in theatre, I couldn’t do a Black Canadian monologue in my University, I had to do a Black American. The first publication of a Black Canadian play by a mainstream publisher was when 1990? I mean there was stuff before that, but it was largely inaccessible. We need more Black playwrights produced. I am not surprised that there is a sprinkle of Black people in theatre school.

Diversity has to start happening in theatre itself first. The theatre has to lead. Artistic Directors have to be accountable. They need to produce Black playwrights and stage Black actors so that young Black people can see theatre as an option. You say you have seen a lot of my work. The truth is, I am only asked to direct a specific kind of work- ethnic content.  Take Tyler Perry, you may not like his work but he recognized that he needed his own studio. We just need more people of colour in those positions.

To follow up on that, a lot of Black people consider Tyler Perry’s plays as ‘low brow’. Do you feel like that type of thinking is holding back progress in Black Theatre?

We inherited from colonialism the idea of divide and conquer but I think there is always going to be struggles. Tensions between different schools of thoughts. If people have issues, they should be proactive and talk about what’s on their minds. I don’t think anyone should make a judgement call on what is a story worth telling. Because even if you don’t agree with the content, we are having a conversation that needs to be had.

Is it possible to have a Black play that doesn’t talk about race?

Of course. You can have Black plays about anything.

I saw Another Africa and what struck me most was in a packed audience, there were only a handful of Black people. Does that affect you? Do you wish more Black people attended these productions?

Butcher is a part of The November Ticket right? Three plays with three diverse casts and crews. The programming is diverse. But there isn’t enough priority being put on the relationship with the communities. When we did ‘da kink in my hair’, we went to hairdressers, salons and gave them free tickets. We went to the people where they are creating new channels of communication.

These theatre companies promote to their subscribers list and they don’t have a history of Black subscribers. It has to happen on the theatre company level. From casting to marketing. There has to be new channels that are created. We can’t sit around and wait for an old model to create new results.

Butcher runs to Nov. 14 at the Theatre Centre in Toronto; it will also be seen at Centaur Theatre in Montreal, Nov. 3-29; Prairie Theatre Exchange in Winnipeg, Nov. 19-Dec. 6; and the Great Canadian Theatre Company in Ottawa, March 3-13, 2016. 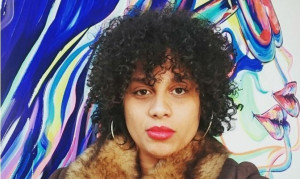 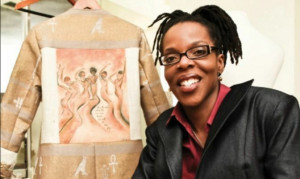