By Natasha Powell
Published on Tuesday, April 17, 2018 - 11:50
I have been a professional dance artist for 15 years, and I’m now the Artistic Director of Holla Jazz – a company that focuses on spreading the guiding principles of jazz dance, and perhaps creating some new ones.

As the company embarks on its first full-length production – FLOOR’D – I’ve been reflecting on what lead me here.

Years ago, while recovering from knee surgery, I began writing about what influences me as an artist; the first thing that came to mind was family. Like so many of you, house parties and barbecues were a large part of my upbringing, and I had an older brother and sister who were growing up in the height of the hip hop era. Watching them dance and how they interacted with others on any makeshift dance floor always resonated with me. As a result, for several years, I was mainly focused on working in the hip hop medium.

Then, in 2007, I met Moncell Durden (aka iLL Kozby) from the MOP TOP Crew. He is the producer/director of the documentary Everything Remains Raw, which highlights the evolution and similarities of social dances coming from Black and Latin communities in the United States. I had always been interested in the history of Black social dances, so the film spoke to me as an artist, and as a young Black woman making her way in the dance world. Later, when Moncell was in town for a showing of further work he had done on the documentary, I realized that social dances were at the forefront of my work; it was then that my interest in vernacular jazz dance was ignited. Further, I wanted to learn more about why the “jazz” dance that I was taught as a youth had no connection to its original roots: Africa. The term "vernacular jazz dance" refers to dances that have their roots in African American Jazz Dances done to jazz music from the late 1800s to beyond.

Our first full-length production, FLOOR'D, draws inspiration from the book Jookin: The Rise of Social Dance Formations in African-American Culture, written by Katrina Hazzard-Gordon. Her book details three primary institutions that allowed for the development of dancing among African-Americans: 1) Dancing Under the Lash, 2) Shoddy Confines: The Jook Continuum, and 3) Upper Shadies and Urban Politics. Section two of the book - Shoddy Confines: The Jook Continuum - is the institution that could be found exclusively in black communities and operated without assistance from public officials. The jook was the first institution after Emancipation that was rooted in West-African traditions, and this new space gave rise to and rejuvenated many cultural practices. The new work we are creating is inspired by this section of the book. 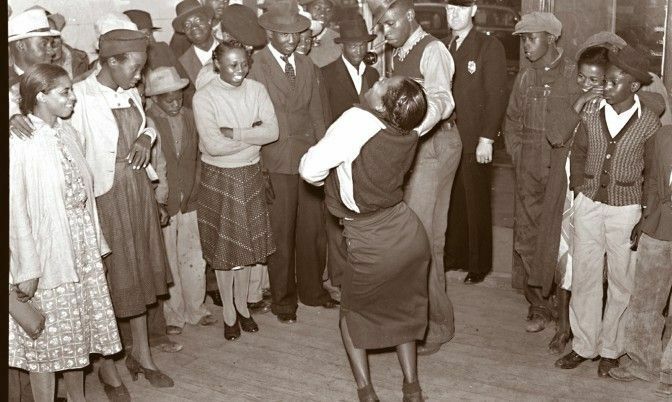 My goal is to share the spirit of jazz and its connection to hip hop culture with others. While there are a number of places to go swing dancing in Toronto, I wanted to form a professional company in Toronto that would present, celebrate and honour the spirit of vernacular jazz dance and the styles of dance to which it has given birth (hip hop, house, etc.) This represented the formation of Holla Jazz. 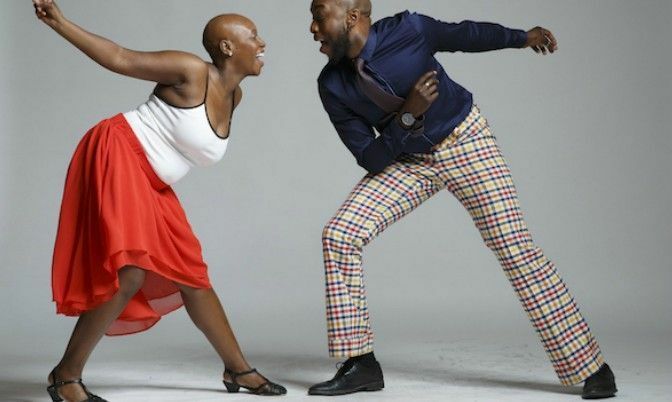 FLOOR'D is a journey that will examine the dynamics, relationships and interactions of dancing bodies within the arena of jook houses; how these bodies compose music (jazz and the blues); and what other factors influenced the movement in these spaces. In jook joints, black dance culture crystallized into exportable forms, providing black lower and working classes with their primary public arena for dance. Dances in the jook included the Charleston, the shimmy, the snake hips, the funky butt, the twist, the slow drag, the black bottom, the fish tail, and the grind. FLOOR’D seeks to replicate the jook joint energy by incorporating seven exciting dance artists accompanied by nine musicians playing on brass, upright bass, drums, and piano.

Join us for this exploration of vernacular jazz at the Winchester Street Theatre in Toronto, April 25-28, 2018 at 8:00 PM. 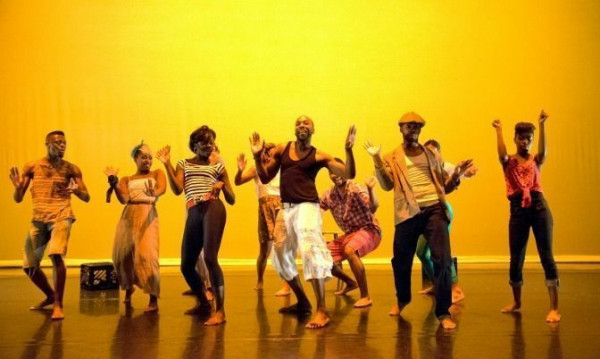