Dj Fynntastic: For The Love Of Music Featured 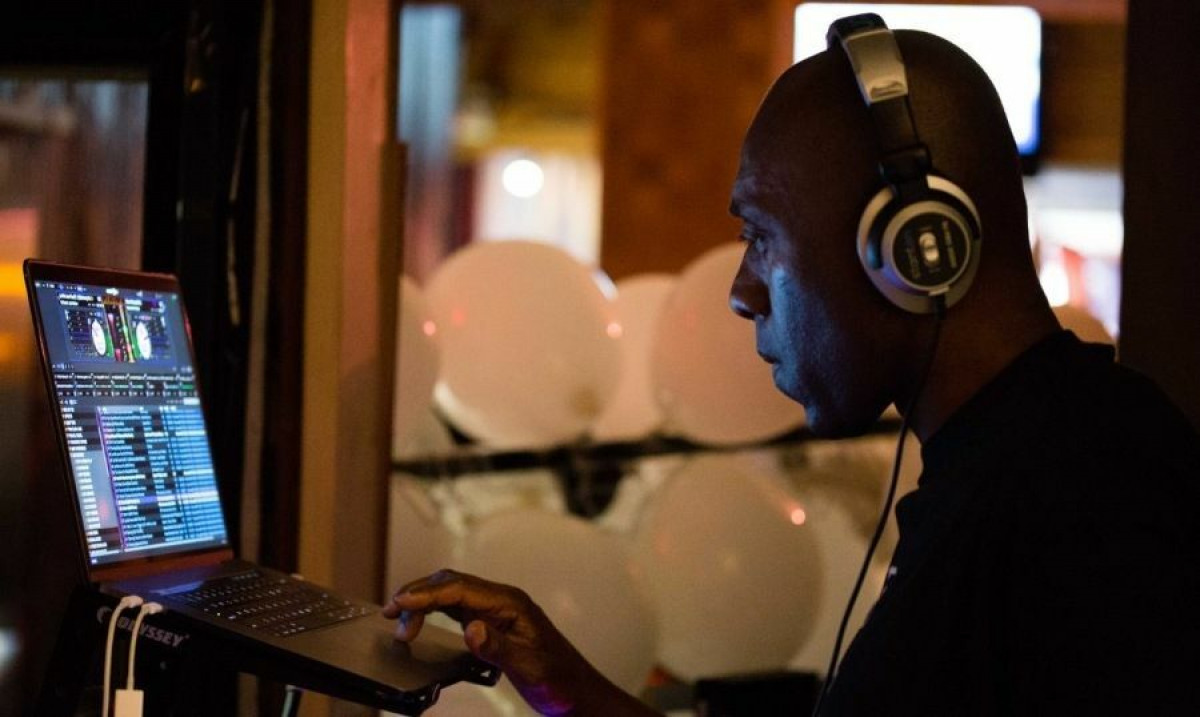 George Fynn found his purpose at a young age. It all began with a feel for music which grew into a passion. That passion blossomed into a career as a DJ, radio show host, theatre producer, and event promoter. With over 25 years in the media and entertainment industry, George knows what it's like to weather the storm.

How did you get started in music?

I got started by recognizing early in life how music made me feel when I heard music that i liked. So, I started to record songs on different types of devices that were available at that time. This enabled me to listen to my favourite songs on my own time and as often as I wanted. I started playing music for others who found enjoyment in it. Before long, it was growing within my immediate circle of friends.

Do you think your love for music is why you ended up as a DJ?

This is correct. I listened to music, followed the artists, and researched them. One time I went to a Grandmaster Flash concert and saw how the DJ was in the background doing his creative work while the lead artist was rapping over his music. That was what did it for me.  I decided right there that I want to do that. So I started playing around. I got myself two Technic 1200 turntables and then I started practicing. I didn't have any thought of playing to make money. It was just to play for enjoyment and get good at it. The love of the music and the passion that I brought to practicing made me progressively better. Before long I was thinking about a DJ name. I initially came out as The Mailman George Fynn and then much later changed to DJ FynnTastic to preserve a bit of privacy.

What is your favourite genre of music and why?

I'm still a huge R&B fan. I believe soul music is what started it all for me (Marvin Gaye, Stevie Wonder, etc). The flow of the melody combined with the often smooth lyrics that blended with the instruments was what did it for me. I have grown to appreciate all kinds of music genres including good Soca and Reggae. I also relate well with Classic Rock and House music.

You have over 25 years of promotional, hosting and DJ experience. Could you tell me some challenges you've faced?

It's just adapting and accepting that change is the only thing that is constant. It will come so when the different forms of music were being released in different formats, you had to adapt to that. We transitioned from records to tapes to now digital media. The transition of DJing over the many years was a challenge for some people, but I welcomed it. I didn't allow myself to get stuck in the old way of doing things.

DJing was never a challenge because I have almost all the control. Promotion, on the other hand, has a lot to do with others attending your event or not. You often must rely on others to do their part for your event to be successful.  For example, one of my biggest challenges was with one play I was promoting that featured two A-List actors from the US. But one of them couldn’t cross the border at the last minute. We found out the day of the play that he had child support payment issues and that's why he couldn't cross the border. We had advertised and everyone knew that this person was going to play a particular role in the play. The show had to go on and we had no choice but to inform the audience at intermission what had happened. We were prepared to reimburse anyone who wanted their money back. Promotion will occasionally bring you unexpected situations that are out of your control.

What is your role at VIBE105FM?

My role there is strictly as an on-air DJ and Host. I say that because VIBE 105.5FM is the radio station that is part of the nonprofit organization called VX3. I also sit as chair of the board for VX3. Most people sometimes confuse VX3 with VIBE 105.5FM  to bee the same but they are not. VIBE105 is radio, and VX3 is a nonprofit organization that does a lot of other things including overseeing the operations of VIBE105.  I am one of the on-air personalities for VIBE105. My old school music show is on Saturdays and Sundays from 4 PM to 6 PM. VX3 is a registered charitable agency focused on developing sustainable and professionally guided media/arts initiatives through education and vocational guidance. Our programs and services contribute to enhancing trade skills and valuable life experiences among identified community groups through civic-led programming and co-curricular exchange.

What challenges are you experiencing in the current media landscape?

The changes are fast and furious. The way people consume media is changing. This means that your infrastructure must change, your way of delivery must change, your message to market must change, the people that you bring to the workings of the media establishment must be connected to the changes, and they must understand and adapt to the wave of changes. The vast majority of people today don't necessarily take in music by radio only, because of the internet. We're having to be ahead of the curve, and if we can't be at least we should catch up quickly. Visual media is the next chapter that has already started. If you don't have any visuals with your music, then you will be challenged with your success. Everyone wants to see it. Even as a DJ, they want to see the DJ performing live in the studio.

What advice can you give to people who are interested in doing what you do?

You really have to ask yourself, are you doing this because you see somebody else doing it and you think it's cool or do you really love it? The work is hard in the beginning and often it will feel like there is no reward. But if you love it, hard work does not feel so hard and you will eventually prevail.

Be prepared to do whatever it takes to be successful at your craft. You may often have financial challenges so be ready to take on side jobs to keep your financial health afloat while pursuing their dreams.

You will get turned down often, but because of your no fear mentality and love for what you do, you will find solutions to your challenges. The skills will come. Everything comes back to if you love DJing enough. The practice won’t feel like work. You just keep doing it. The research isn't work, you just keep doing it, and before you know it, you'll say, 'oh my goodness, I'm good”. You'll find different ways to continue to serve and be rewarded when you get good. You hope to get to a place where you say to yourself, 'I will do it when I want to do it and how I want to do it.' This is where I am at now and loving it.

You've lasted 25 years in this business. Why is that? And how important is integrity?

It's extremely important. Why? It is because the delivery of your music, and the types of selections you make in your music talks to your audience about you. For example, I refuse to play music with harsh content. Why? I don't speak like that. My integrity speaks in the way I play the music and the way I talk to them. If your inside is not speaking the same as the music you are playing and speaking, then there will be a conflict, and sooner or later, it will break down. Whereas if there is no conflict, you are in flow,  and your music, your personality and everything else is in the same flow. People will get older, you will get older but you will always last because you will have people who respect you and what you do. I’ve built a lot of friendships over the years because of my music, and it's not just me playing the music, but it's the type of music I play, and how I service my audience and deliver my messages through music.

Oh, this is a little easier. I'm always looking for something that involves the family, not just a party. I wanted something that I could do when people leave with a positive message. I've seen what positive messaging in plays did to me when I really loved it. I started looking at what positive impacting plays I could produce. Plays are more costly to bring to town, but the rewards if you put it together properly are much greater than organizing a party.

What do you see as the future of radio?

I really don't believe the radio will ever die. Radio will always be there as an option for people. The radio business may not be making large financial gains because the advertising dollars simply aren't there for radio in large quantities as before. At VIBE 105.5FM, we're finding ways to still meet our financial goals by being creative with new technology. If you maintain creativity then you'll remain viable.

Out of all the many things you do, which one is your most favourite?

I enjoy DJing the most because the reward for me is instant. I enjoy it from start to finish, and I often don't even know how tired I am until I stop. 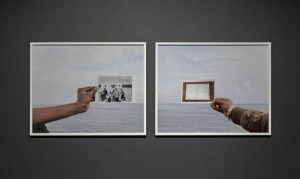 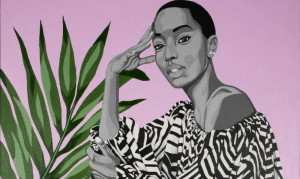