Sheldon Neil is a man on a mission

By Roger Dundas
Published on Sunday, October 27, 2013 - 20:00
With the final performance of The Ultimate Sacrifice just days away, we wanted to catch up with one of the lead actors, Sheldon Neil. Not only is he an actor, but Sheldon is also a signed artist with Redeeming Music Label and will be recording his debut album in November.

He’s also on TV - With his very own show on Bell Fibe TV called Sheldon Neil’s Culture Shock. He’s well prepared, having worked behind the scenes and in front of the camera on shows such as CBC’s George Stroumboulopoulos Tonight and Global TV’s Context with Lorna Duck.

In the Gospel Theatrical production The Ultimate Sacrifice, Sheldon plays the lead role of Dereon "Murdah" Matthews who is a ruthless gang leader, and sworn enemy of Elijah Xavier. He’s also in a relationship with Elijah Xavier's former fiancée. In the play he comes face to face with Jesus. What happens after that encounter is nothing short of amazing.

You are a busy man, wearing many hats, when did you realize you wanted to be a performer?

From the time I was a child, I have been doing things in front of large audiences. In the 5th Grade, I entered speaking competitions while living in my home town of Ottawa. I was also School President and got accustomed to speaking in front of over 2,000 students.

And it’s been consistent, my family is also heavily involved in the church, so from very young I was preaching at conferences. So for me, it’s been more of a culture of being comfortable in front of audiences.

In addition to all that, I got a scholarship to attend either Carleton or Ryerson; I chose Ryerson and headed to Toronto to complete my tertiary studies. I also went to a performing arts school, where I got my first taste of Theater.

The character you play in Gospel Drama The Ultimate Sacrifice does not sound like your life at all. How did you prepare for the role of Dereon?

When I first got the role, I tried to listen to the most graphic music possible. Gangster rappers provided a slice of what that life is like. I listened to try to understand what they talk about in their life.

I would spend hours at a time listening to rap music, and try to connect with the emotions the music brought up. I also listened for emotional places the rappers were going. A lot of insight developed from that process. Now I can get to that place in 10 minutes.

By myself in my basement apartment, I even practiced the way gangsters walk. I’m more of a mild-mannered person, but I had to train myself to speak in the tone of the character, which is a bit deeper than my natural voice. His character is so dark and vulgar, that it was a stretch for me. I was raised to treat women with respect, and this character does not.

From day one, I dressed in costume for each rehearsal just to try and get into character. On stage it gets real! I think people are going to be touched by the intensity and level of The Ultimate Sacrifice; they will be impacted emotionally. It’s a good emotional rollercoaster and very entertaining.


EMG was recently invited to perform The Ultimate Sacrifice in the UK. What was that like for you?

It was my first missions trip ever. They knew we were coming, people were waiting on us to bring the message to them.

Cheryl also allowed me to preach to a youth group; people seemed hungry for what we had to say. I really felt like a man on a mission!

Back in Canada, what has it been like working with the EMG family and Cheryl Nembhard?

Cheryl is an interesting Director. I have been working in theater for over 6 years now, and every Director demands something different from you.

Cheryl places a demand on your whole being to get to places in your character. There were times she would say “that's not gritty enough”, and push me further.

At the same time though, still giving me space to do my own interpretations. My version of Dereon, is different from the last actor that played the role, and Cheryl allowed me to take control and grant me that space to be that creative.

The EMG family is so transparent and honest, that we can be vocally open with each other.

So what else is going on in the life of Sheldon Neil?

The weekend following The Ultimate Sacrifice, I have the live recording of my new album on Saturday, November 9th, "Y-Evolution".

Have to check that out. How can people get in touch with you? 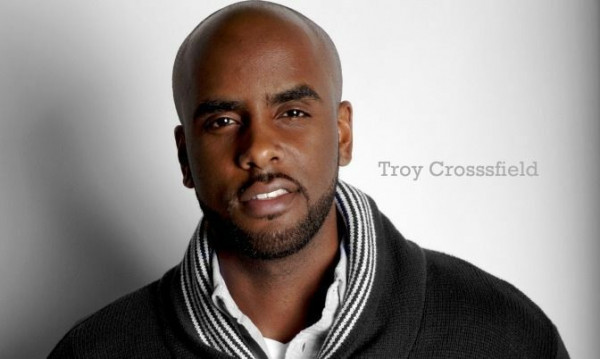