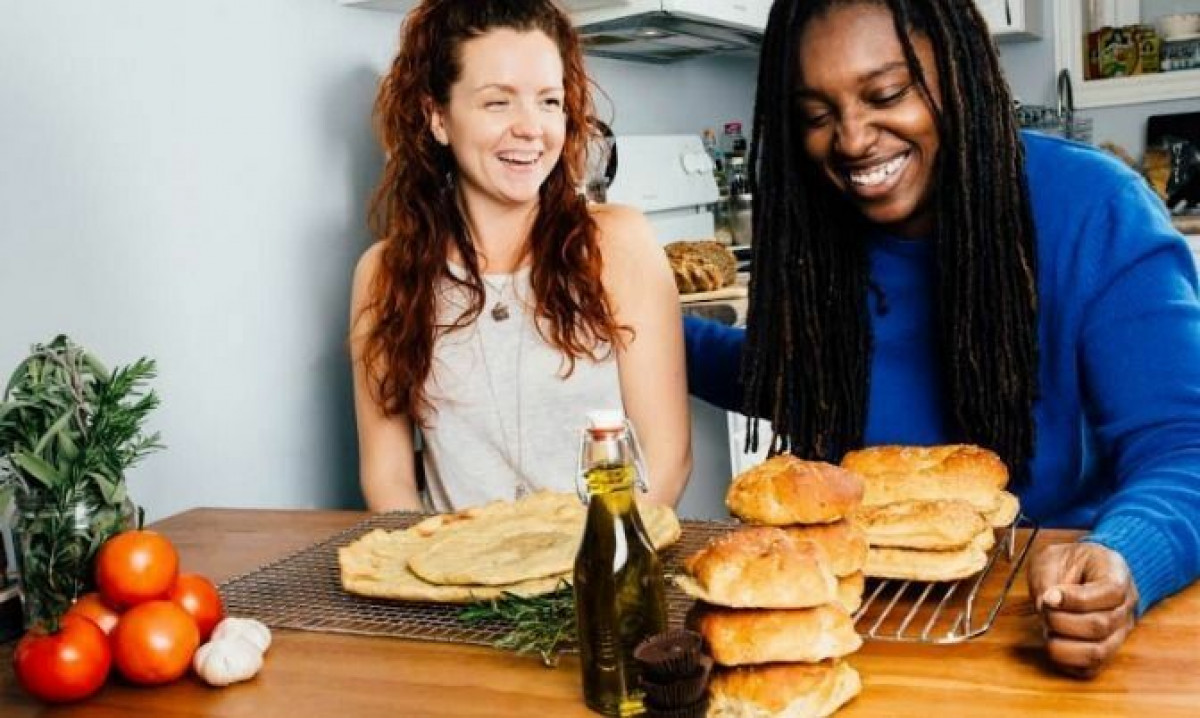 Nyam is a food story series; the first event in the Eat History Pop-up Series - happening February 16th at The Dylan Bar in Toronto.

Life in Homemade's Chef, Teneile Warren pays tribute to her Black food history with a melting pot of African, Jamaican and Canadian eats. Using traditional ingredients and recipes, each plate is a story told through food.

If you're wondering, nyam means to eat something in West African Wolof and Jamaican Patois. I sat down with Teneile Warren to learn more about this unique three course meal experience.

Most people really don't think about the history of the food they eat? Why is it that even important?

The way we eat isn't an accident. It is a result of our ancestry. The Portugese were in Africa before the British and the slave trade. They introduced the practice of salting meat for preservation to the regions of Africa that slaves came from. Food is a part of history. Slaves hid grains in their pockets and sewn into the lining of their clothes. They knew wherever they were going to end up, they would need food. And the attitude towards food by the plantation owners and slave masters. The yam, the beans, plantain, the okra these foods came from Africa but the Plantation owners and slave masters looked down on them. They fed them to the animals and the slaves. They fed us the feet of the cow, the pig, the chicken and they ate what we, in the West, consider the best parts. So food was also used to enslave in the mind of the master. These were our foods. Africans brought them to the Western world and these foods kept us alive. If we were eating what the Overseer and owners were eating we wouldn't have had the energy to chop cane, pick cotton, harvest rice and then rebel and resist. But we discard these foods today. We cast them aside in the diet fad revolution as simply heavy and bad for us which isn't the case. Yes, consume them in moderation but when you don't buy these foods, you are erasing our history. Kale was a food of the Southern Blacks and now it is a superfood. Do people know that kale was once trash food fed to pigs and slaves? Now we eat it because White people eat it. We are increasingly adopting European eating habits and we are sicker than ever. From autism to cancer, they are affecting people of African descent more than any other ethnic group. I think it is time to reconnect with our food.

What have you learned about your own heritage through studying food history?
That I was both misinformed and judgmental. I always wondered why in Jamaica we ate these huge plates of food and why in so much oil. These behaviours are remnants from slavery. The slave had to eat before the sun was even up. In the sun all day, they needed the carbohydrates to survive and they didn't know where their next meal was coming from. They weren't greedy. They were surviving. Oil is a preservative, sometimes they cooked one meal for the week. Oil preserved it. Salting the meat made it last longer. You can say well, we aren't slaves now but after slavery, our ancestors worked in fields, then worked in agriculture and then factories. We still work the land. Even in offices, we work more than our White counterparts and take fewer breaks. However, we are sitting so the food makes us drowsy rather than energises us. I saw my grandparents who were farmers in a different light after learning this. I saw how Jamaicans related to food differently and I gained respect for ingredients that I started treating like trash food. African foods are saving lives.

What do you think people will be most surprised to learn through food?
When I was in high school, I wrote an essay about World War II entirely through food. We look back on history and we see the music has changed, the way we dress and speak has changed. The same thing happens with food. Food is affected by wars, it is affected by changes in the market, it is affected by migration. It intermingles and creates new recipes. Food is culture and like culture food evolves. Rice came to North America from Africa. Everything North Americans and Caribbean people know about rice came from Africans, but the rice we eat today is Asian. African rice is rarely available outside of Africa. Rice is one of the most consumed foods in the world. Can you imagine if all that money was going to Africa?

Tell us about the stories behind the dishes that will be on the menu.
Nyam means so much to me. I wanted to create a food experience that was diasporic and reflected my food journey. I love comfort food -things like mac and cheese or fried dumpling with ackee and saltfish. I love the foods that make us feel warm and happy. I have also grown to love foods I have had in Canada and correlating with my White American wife. Life in Homemade is us so, the recipes represent us. I chose the ingredients and the dishes for nyam for two reasons- familiarity and connectivity. Familiar dishes- fish and chips, cheesecake, curry but with African ingredients as the star.

Spiced Squash soup with the Masa Bread is a coming together of history. I always tease my wife because she always wants something to dip in the soup while for me, the whole meal is the soup.

The African Winter salad is a little rebellion. When we think salad, we don't automatically think African ingredients. This salad challenges that idea with okra croutons.

The jerk chicken and waffle sandwich is me embracing one of my favourite non-Caribbean foods in my way. We have a sorrel syrup to go with that.

It is a journey and I hope people taste that. And I hope even more that people think about our foods differently and creatively because the more we embrace these foods is the more likely that Black chefs cooking Black food will rise and gain respect in the culinary world.

The Eat History pop series will continue with  a Spring edition at The Kingston Social where the menu will be a fusion of indigenous Canadian and indigenous African ingredients. In Summer, nyam will be an outdoor event incorporating culture. Food and the dining goes a far way in bridging gaps between different people and we want to push that concept further through the nyam experience.

Click here for more info and tickets to Nyam. 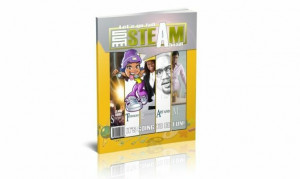 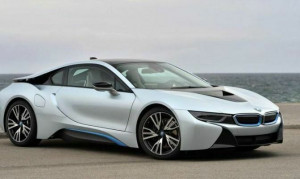