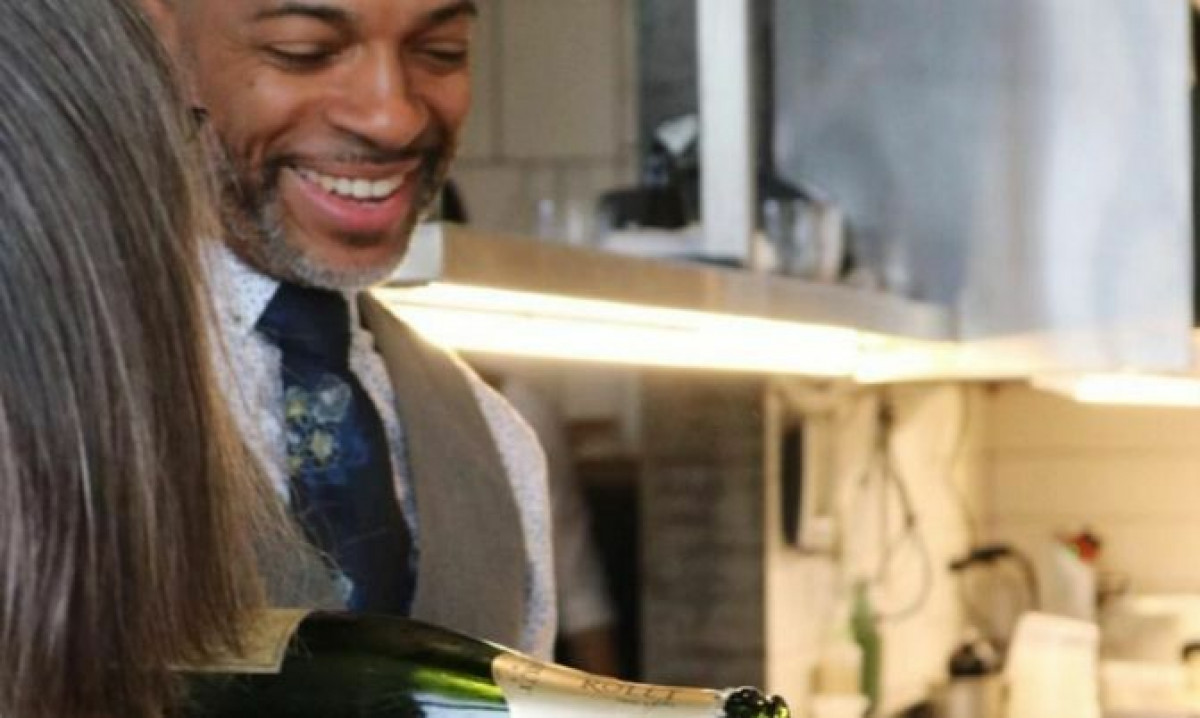 Christopher Sealy is not a glass half full kind of guy. After diving head first into French language and literature, and spending 2 years as both a cultural observer and participant of Parisian life, he went back home to Toronto inspired to become a sommelier.

In the last decade since, he has managed to merge his knowledge and experiences with the success of national and internationally respected restaurant, Alo, and sister restaurant, Aloette. As the Wine Director for Alo, currently ranked #1 in Canada’s 100 best restaurants list and 94th in the world, the influence of his presence in the Canadian restaurant industry is not something that can be denied. However, it is questionable whether it can be ignored. I spoke to Christopher about those formative years in Paris, his wine travel experiences, his thoughts on the absence of Black sommeliers in the industry, and how all of this has helped shape his worldview. 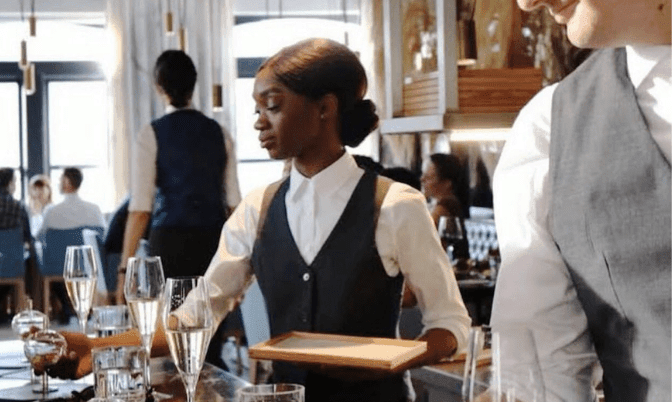 You spent two formative years in Paris after graduating from the University of Toronto with a degree in French language and literature. How did life with the Parisians inform and/or change your view of wine?

The intent was to immerse myself in the French language and delve into the cultural life of Paris. This time for me had nothing to do with wine. I photographed, played vinyl and cd’s at a casual lounge, and I fashioned myself into a part time DJ. I played soccer in a local men's league and I was a bartender. I really ‘lived’ in the city as much as I could as a ‘foreigner’; not as an expat. Life in Paris informed me as to my identity as a Canadian-Caribbean person. It was my sense of adventure in the markets, boulangeries, and conversation with people in different neighbourhoods that made my time in Paris so rich in experiences. One day, my closest friends, who were also living in Europe at the same time, planted the seed that I should maybe think about the restaurant world and hospitality. When I got back to Toronto, I went into wine studies at the Canadian Association of Professional Sommeliers (CAPS). The voyage to Paris gave me confidence in that there is so much out there to do and there is nothing to lose. Paris helped me to ask questions of myself like, who am I? Where am I from? Where can I go?

Since then, you’ve spent a lot of time travelling and wine tasting your way around the globe. Wine industry aside, how important is the idea of travel, and how would you say it has positively or negatively impacted your worldview?

Wine travel has greatly opened up my view of the world in so many ways. When you really study wine, where it comes from, how it’s made, and who it’s made by and for, it can really inform some of your world views. You can take it negatively, as it might only serve a certain population and class. On the other hand, you can look at the potential of how you can engage with the world through wine and wine history. It can be quite complex when you look at the social, economic, and historical facets of wine. Wine is about much more than just drinking. The tradition of wine goes back to the Middle East before Europe.

Do you think it’s fair to say there’s a perception of having wine knowledge, or being an avid wine drinker in general, as being somehow pretentious or elitist…as in the stereotype of the “wine and cheese party” event? Why do you think some people have that view of wine enjoyment?

Much of the pretension or elitist nature is certainly real and can be found in all circles and demographics. Wine is vast and at the same time both simple and complex. I might say the general population looks at it as a sign of the good life; yet the real understanding of wine can take a very long time. It’s not like choosing a fine steak or designer jeans. We may get to a point in our career or relationships where, after meeting a new circle of friends or loved ones, we’re forced to start thinking about wine. Ignorance instills fear of the unknown and it’s likely where the appearance of elitism is created. In reality, there are very few people who “know everything” about wine. The most elite individual in the “wine and cheese party scenario” might only buy the blue chip wines because that’s what they were told to do. Not all wine even goes with cheese. 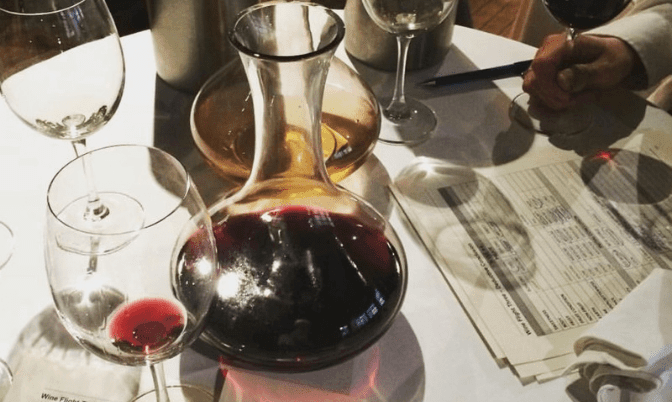 Regardless of anyone’s background or skin colour, scores of successful people in many industries have spoken to having to overcome a self-imposed “imposter syndrome.” Have you ever experienced this, and if so, how have you managed it?

Honestly, I didn’t know what this meant until I looked it up. I’ve never felt this. I really don’t relate to the definition of “imposter syndrome.” I think it’s a construct of western societal thinking. I’ve only felt push back implicitly because I’m Black. I think I’ve been quite humble and have asked and worked for all of the access I currently have. I ask questions. I research. I also know for a fact that not everyone knows everything about wine. That is simply impossible.

Since I’ve mentioned skin colour…I’ve been fortunate enough to attend a few wine fairs in the city and I’ve had no trouble spotting you, because you’re usually one of the few other Black faces in the room. Does that ever get awkward for you in terms of how other people in the industry have related to you, and do you feel like you’re in a position to confront people about those behaviours on the spot?

Yes. The perception of me and my colour is something I’ve only recently addressed in the last, say, three years of my decade in the wine industry. I really became aware of it when I opened Midfield and worked at George Restaurant. I’ve always been one of the only Black faces in the room and, 98% of the time, I’m the only Black face on a wine trip. I’ve dealt with racism from guests, and also my peers in the industry. The individual is almost always unaware of how they’ve just placed their foot in their mouth. Call it a lack of awareness, their privilege, or just their own awkwardness. In the past when these incidents would occur, I would simply walk away and reflect. It’s only in the last year or so that I’ve chosen to confront and shut down the behaviour right then and there, regardless of where I am or who I’m with. Even to the point that with whatever audience or group, I’ll strike first and bring up my “Blackness” just to make everyone aware.

There are a few reasons. I feel that the underrepresentation of Black Sommeliers is a result of the elitist image associated with the wine industry. The current lack of diversity, including the language of the wine industry, isn’t always inclusive. I also think the cost and opportunity to study and participate in the industry may not be high on the list of priorities for Black people raised in West-Indian, African, or Afro/Canadian/American households. The idea of getting into the long hours and salary range of the industry is not something a mother or father would preach or approve of upon immigration to this country. The reasoning being - “Why would you go back to “serving” people?” I’ll admit that there have been times when I’ve felt like I’ve had less recognition in the industry for whatever reason, but mainly because I don’t act, sound, or look like my peers. However, there are many people that will recognize you for your character and work, over your skin colour or gender.

As someone who has been on both the customer and service end of the industry, would you say “Dining While Black” is a real thing? Do you have an experience where you feel it either happened to, or was witnessed by you?

I’ve indirectly witnessed it when peers are serving Black people in the mid-to-upscale range of restaurants. Most of it comes down to the unfamiliarity, language, and social norms that are part of the constructs of fine dining. Traditionally speaking, most Black people don’t go out to dine, due usually to affordability or a sense of “othering” they just don’t want to deal with. The “Civil Rights Movement” only came to its climax in the late 60’s/70’s, and old habits and customs in the “white dining room” don’t die that easy.

Half glass full, or half glass empty?

What do you love most about your profession?

Hearing and Sharing stories...being engaged in an open conversation about moments in life.

Finally, who do I have to kill to get a Saturday night reservation at Alo?

We can work that out.

Byron Armstrong writes political opinion and in depth profiles of creatives and professionals within the spheres of art, design and travel. Follow him on Twitter: @Thebyproduct 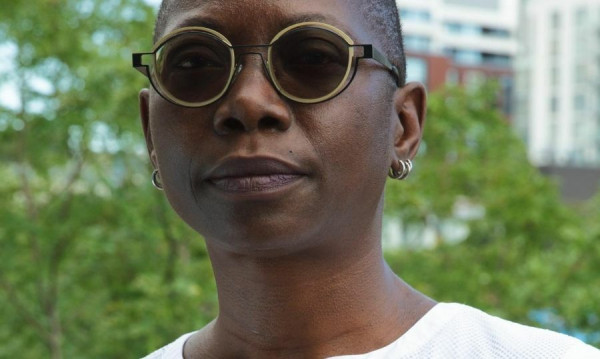 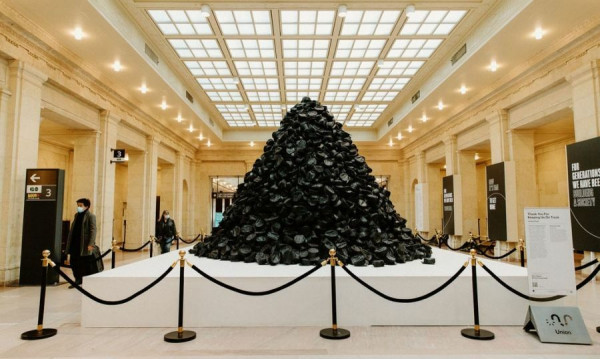 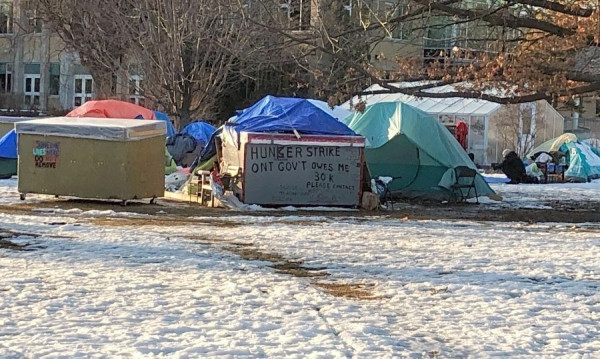 Jesus Was A Carpenter: The City of Toronto vs. Khaleel Seivwright 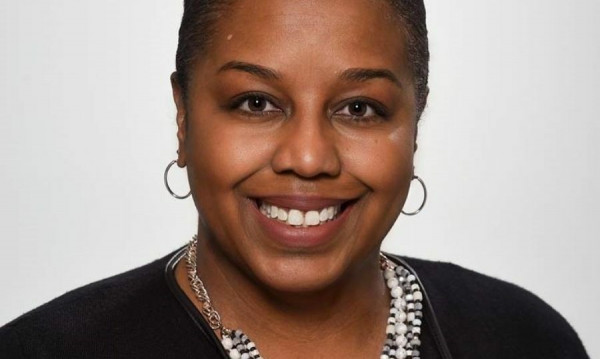 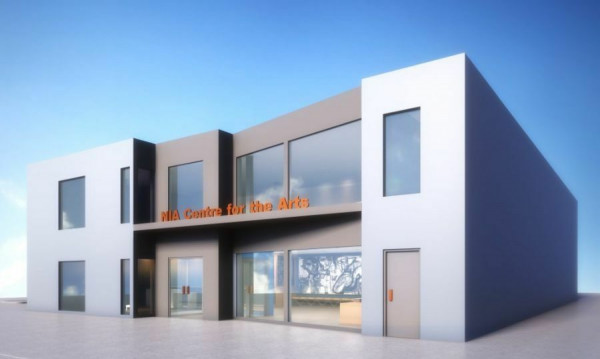