By Neil Armstrong
Published on Thursday, February 6, 2020 - 00:25
Now that the Black Legal Action Centre (BLAC) has spent almost a year building its base, it is ready to reach out to the Black community. Ruth Goba, the executive director, says this is important because the legal clinic started from scratch with everything new -- space, bylaws, staff, board, and mandate.

In September 2017, the African Canadian Legal Clinic (ACLC), which was established in 1994 to address anti-Black racism and other forms of systemic and institutional discrimination in Canada, was defunded by Legal Aid Ontario, the entity responsible for administering the legal aid program in the province.

Legal Aid Ontario said the management and board of ACLC were found to be in “fundamental breach” of their obligations to the community. There were serious concerns of financial mismanagement, lack of transparency and failure of accountability, it noted. It said ACLC’s management and the board, failed to account for hundreds of thousands of dollars meant for client service and that they repeatedly failed to meet their obligations, despite being given seven years to take specific steps and numerous opportunities to do so. However, the ACLC countered that the targeting of the legal clinic by LAO was not based on the fiduciary mismanagement of public funds.

“I think the understanding that the community has is that we just kind of stepped in and took over from the body of work that the ACLC had built up. We did not do that; we started from scratch,” says Goba.

The executive director noted that all clinics are independent entities with independent boards so there was no transfer of information -- case files, policy work, or law reform work – to BLAC from the ACLC.

“In terms of the transfer of files, there are limitations to what can be done. ACLC, like other clinics, is an independent corporation. ACLC’s client files are privileged and confidential as between the clinic and their clients. Unless the client or the clinic (with the client’s permission) reaches out to LAO, LAO has no way of determining the identities of or contact information for the client,” says Graeme Burk, senior media relations advisor at LAO, when asked about the transfer of information.

After being hired in May 2018, Goba started in June and subsequently hired staff in October anticipating that they would begin in the fall. There was a delay in the build-out so everybody worked from home until they moved into the new space at 720 Spadina Avenue, a short walk from the Spadina subway.

Since opening in March 2019, they have been busy with individual files but are just beginning a communication plan to get out into the community to let people know that they are here.

“We needed some time to grow and build,” says Goba who previously worked as a commissioner at the Ontario Human Rights Commission and a mediator and adjudicator at the Human Rights Tribunal of Ontario.

Lesa Francis, administrative assistant and intake officer, says they needed some time to acclimate themselves with what was expected.

With their intake line, Goba said their primary focus was to understand where the need is in the province.

“We get calls from all over the province and that tells us what people are looking for and what they need so we wanted the time to be able to kind of get a feel of what the community needs and wants in order to be more strategic about how we can be most effective.” 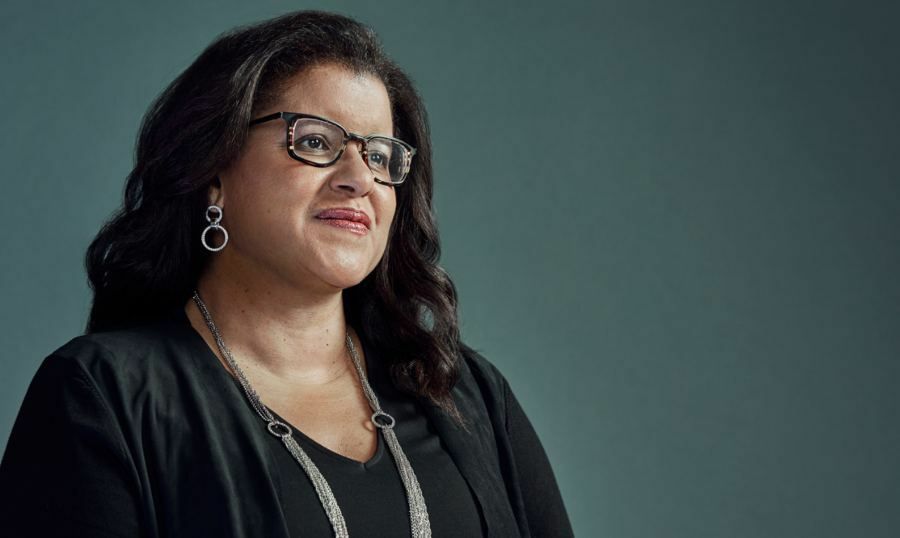 Goba assumed that BLAC would receive many calls about policing and racial profiling but while there have been some, the bulk of calls were about how Black children and young adults in high school and colleges and universities are being treated.

If one were to scale the calls BLAC gets, education would be at the top followed by the Children’s Aid Society, employment, and housing, which seems to be a bigger issue in the summertime.

The clinic is beginning to do more systemic work around the issue of education with parent and community groups to see if it can assist with a more concerted effort to assist kids who are experiencing discrimination, regardless of family income.

Within weeks of BLAC’s opening, there was a directive from LAO to stop funding immigration work because of the provincial government’s cuts.

“Immigration is something that I think is critical for us as a Black clinic to do because 53 percent of our community is here through immigration processes,” says Goba.

In reaching out to other agencies and legal clinics, Francis has developed a referral list for those who call about immigration matters.

However, BLAC hopes to eventually assist with immigration because there are community members facing detention and deportation. Until then, if people call them they can ensure that they are going to the right places and getting the right help.

Regarding the small number of police complaints, Goba said her bigger concern is that people are numb to the violations, harassment, and discrimination that they experience at the hands of police.

She says harassment and racial profiling by the police are still happening but people are scared because of the repercussions; there’s a real imbalance of power.

“We know that on the ground it hasn’t changed. We know that changing language in the legislation doesn’t change what’s happening on the ground but we’re not getting the calls. I think it’s a combination of people adapting to avoid the police and I think there is fear too.”

Goba said the issue of anti-Black racism does not discriminate based on class or income and although some might be precluded because of the financial criteria, this is where the systemic work and systemic advocacy can be done.

With regard to individual representation, people have to qualify financially but BLAC is intervening alongside the Canadian Association of Black Lawyers in a case in which the court is looking at the use of race and cultural assessments in the context of sentencing a Black offender.

Goba says BLAC has a budget of $869, 572 for this fiscal year to serve the entire province with a full-time staff complement of seven people.

By later this month they should have the full complement of staff – two more positions will be hired.

With the government’s funding freeze they couldn’t hire anyone past March of this year but LAO recently gave them the green light to do so and the province has indicated that it will not enact the further cuts that they were anticipating for next year.

Goba has planned an outreach campaign that includes speaking directly about anti-Black racism and working to ensure that stakeholders, allies and the community understand what BLAC does.

“It involves working with our community in all the diverse manifestations that exist across the province to ensure that people know we are here.”

As a Toronto-based organization with a provincial mandate, they are planning to go out and meet people where they are in various cities across Ontario.

As part of their building process, BLAC intends to work with people across the province who have for decades have been doing work on anti-Black racism.

Goba says one of the ways they can do that is through satellite clinics as BLAC cannot pay for more office space because of its limited funding.

Through agreements with agencies that serve the Black community, BLAC would send a community legal worker or a lawyer out once a month to be in the space to conduct intakes for the day.

Francis is looking forward to the rollout of the outreach plan noting that it is important for the community to know what BLAC does.

Goba says the clinic wants to be a voice on issues of anti-Black racism and she believes that it is critical that BLAC be accountable and transparent to the community and belongs to the community.

Recently, Premier Doug Ford appointed an active-duty police officer to the Ontario Human Rights Commission in the midst of its inquiry into racial profiling by the Toronto Police Service. Goba says this inquiry is significant for the Black community because the statistics are so devastating.

In its reaction, BLAC drafted an open letter that garnered tremendous support and input from other clinics, agencies, individuals, and allies across the province.

She said issues arise that they need to and want to speak to, and if they can at this stage, they will do so.

Both women acknowledged that anti-Black racism is not overt but systemic as evidenced in the daily calls they receive from different parts of the province.

BLAC wants people to contact the clinic to help strategize with communities and individuals around how to challenge it through advocacy or legal action, depending on the facts.

Goba says Canada, as a society, does not have a full understanding of the impact of slavery.

“We would like to make some headway with respect to substantive change in how anti-Black racism impacts our community. I think Black people are dehumanized as a result of the legacy of slavery and that manifests itself in the hyper-scrutiny, in the profiling, in the underemployment and unemployment, the failure to promote, the stereotypes, all of those current day manifestations.”

On February 27, BLAC will hold its annual general meeting at its office and according to Goba, the clinic is always looking for members to provide it with strength and guidance. 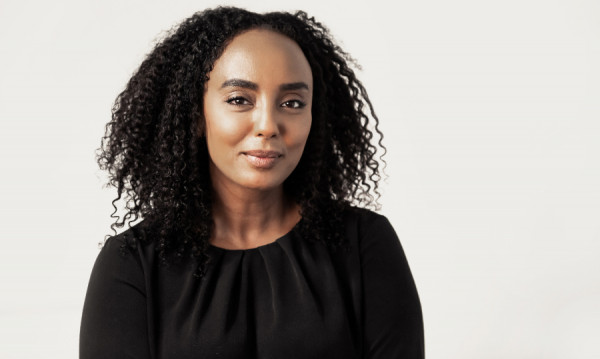 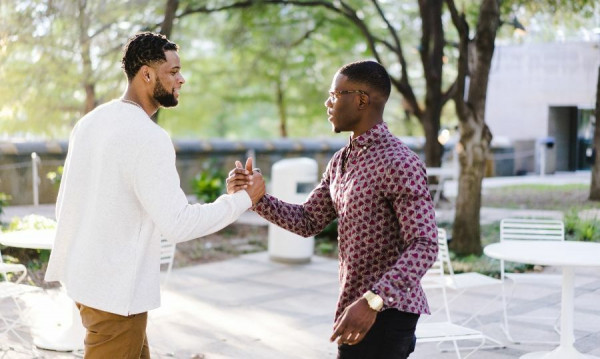 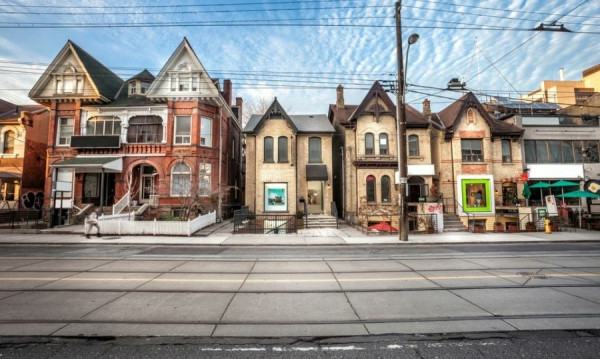 Your Housing Rights During COVID19