Am I my brother’s keeper? The founders of Young & Potential Fathers (YPF) Initiative would say yes. 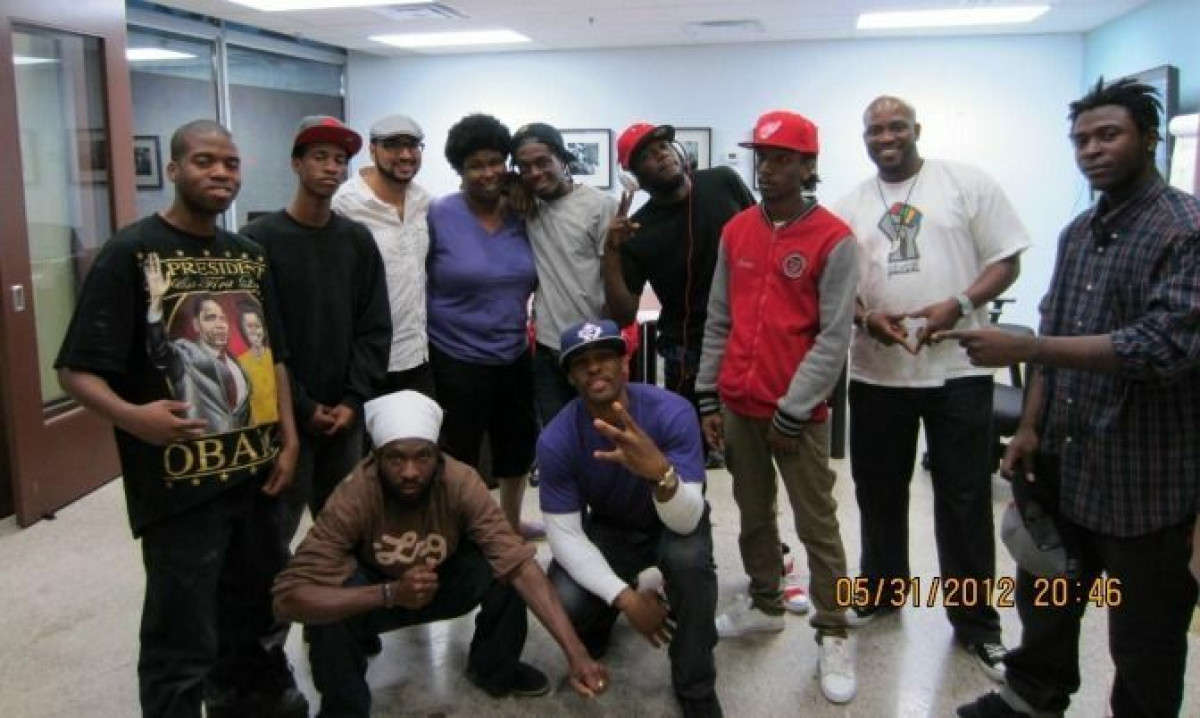 YPF provides a space called the Ujima House, where men from the African Diaspora can come and feel supported by their peers. Ujima is Swahili for Collective Work and Responsibility.

Benjamin de Graff, acting managing director at YPF, explains the core values of the organization is to uplift young black men and fathers ages 15 to 30.

“YPF is innovative; the idea that your success is my success and your failure is my failure is unique to Ujima house,” says de Graff. “The space works from an Afrocentric perspective.”

The idea to create a space that provided support came to Noah Boakye-Yiadom after he discovered a lack of resources for black fathers while doing research for his Masters degree in Public Health at Lake Head University.

He shared his findings with Benjamin de Graff, Omar Brooks, Paul Osbourne and Danavan Samuels and together the men started to plan how they would turn a great idea into reality. One resource they went after was the Youth Challenge Fund. Not only did they receive funding, but the connection with the YMCA became a platform to connect with like-minded individuals.

While working with the YMCA the men were introduced to Brandon Hay (founder of Black Daddies Club). He helped get the organization off the ground by having conversations with funders, and getting more people interested in investing in the idea.

“It just seemed like all of a sudden this magical energy just started, based on Brandon Hay’s enthusiasm to start something for black men and fathers like a group or a program,” said de Graff. “The idea started getting bigger and bigger and snow balled.”

The dedication of six key players and over seven-years of research, focus groups and engaging funders went into the foundation to create the Ujima space.

“You really never know what you are getting into until you speak with an individual,” de Graff. “It starts out like how did you get here, but then it’s like how can we help them, how can we offer them the support that they need.

The challenges facing the men that come into the centre vary based on age, de Graff explains. Different age groups present different issues.

“On one hand for our younger men they’re usually in transition... and because they are younger they have their own subculture of issues. With the older gentlemen you would assume because they are older that their lives are more solidified, but they are facing a different set of hardships and challenges.”

Currently the space offers activity sessions and group discussions where men come to talk about issues and problems. Activity co-ordinators focus on providing father and child bonding exercises; such as a program called super dad and super kids which focuses on attachment and bonding skills.

Ujima welcomes an estimated 250 young men per month during the fall and winter, and 150 young men per month during spring and summer. Facing a busy Weston Road and Lawrence Ave. West, the Afrocentric themed space fits in perfectly with the many black-owned businesses in the area. Walking into the centre it is clear why the program draws so many young men. The homey space greets visitors with warm earth tone colours on the walls. You are met with powerful visuals of black fathers with their children done by a local artist. The open concept in the front room showcases the taste of modern men trying to serve the community and instill change.

A bright red barber chair sits in the corner. Steps from the barber’s chair is a boardroom table stretched along the far wall with chairs facing a flip chart, scattered with self motivational mantras. Below is a plasma TV that is used for presentations. There is a display table draped with an African inspired cloth covered by baskets and pottery.

The Ujima house has three rooms that have been designed to feel like a home. Each room is set up with a space that caters to fathers and their children. The space also provides a kitchen.

It is admirable that a humble team of five people and a couple of volunteers runs such a big space that provides ample services. YPF has been able to effectively reach their target demographic by having presences on social media and in the community. They continue to explore partnerships at different institutions such as courthouses, probation and parole field offices, and children’s aid.

YPF is currently working on extending its program across the GTA. They have been asked to run satellite programs in other parts of the city.

Benjamin is focused on getting more volunteers and funding so the YPF brand is able to support an expansion. He passionately believes in the strong need for this kind of programming.

“My experience hearing the stories of young men, the profiling and oppression … it feels like black men kind of get thrown under the bus,” says Benjamin. “Men of colour do care. They take being a dad seriously, they want to be involved, and they have targets on their backs. If you look at a lot of institutions that we find them in, some are fighting long, hard complex, battles to have an involved relationship, but they want to be involved in their child’s life. Sometimes the cards are stacked against them.”

If you are interested in volunteering, or want to join the organization visit http://youngpfathers.org/

Fresh, Self Motivated and one powerful force making waves to make sure the NEW ERA of entertainment in Toronto is done right. 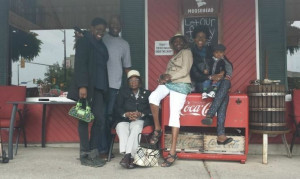 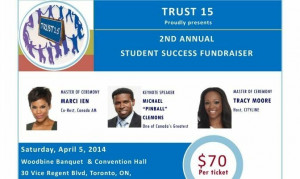