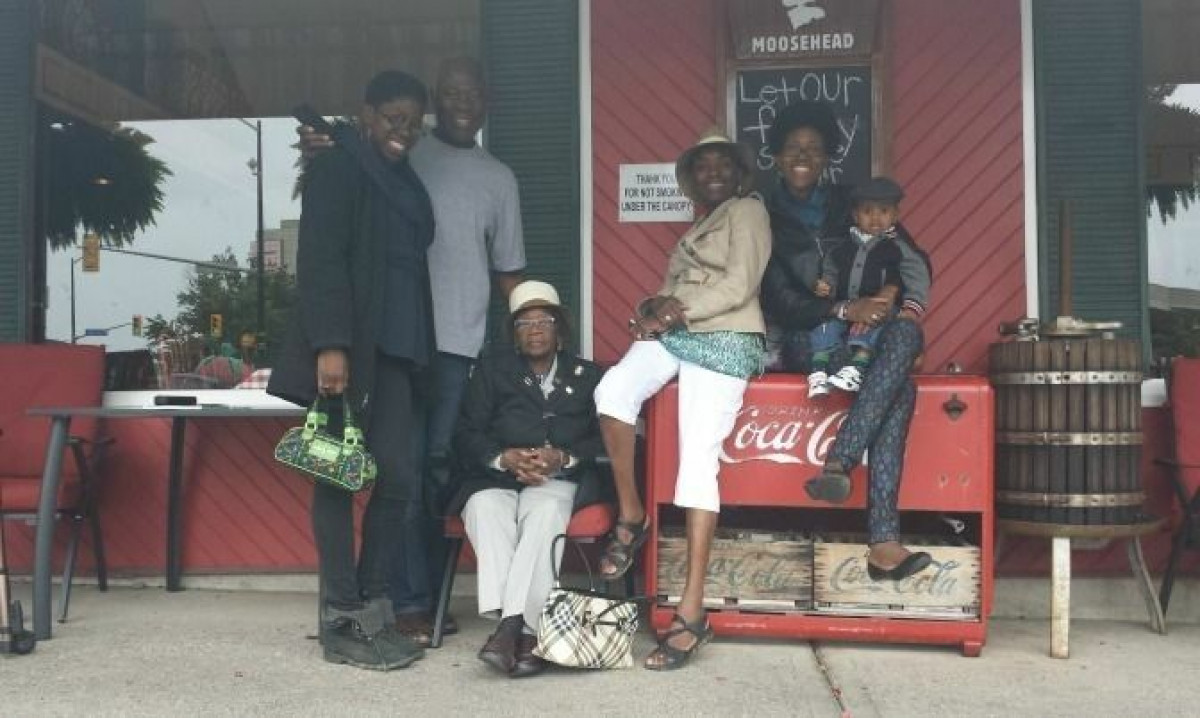 to organize Lip Service Comedy Show in Support of the Alzheimer's Society of Toronto. ByBlacks.com connected with Marina to uncover the emotional challenges faced with being a family member of someone with Alzheimer’s disease.

What inspired you to organize the Lip Service Comedy Show?
Finding out both of my grandmothers had Alzheimer’s was the driving force.
My maternal grandmother is experiencing the affects of Alzheimer’s at a faster pace. My mom is her primary care giver, and always wanted me to participate in a run or be involved in raising awareness in some capacity. I did my research on Alzheimer’s and partnered with Alzheimer's Society Toronto for 5 years.

Why did you decide to draw awareness to Alzheimer’s through Comedy?
Laughter unites us all. I wanted to bring awareness to the black community and create a space for attendees to come and just be happy for the next two hours. Tonight we laugh, tomorrow we put on our serious caps and address the issue.

How does organizing a comedy show for Alzheimer’s differ from other comedy shows you’ve organized?
The contacts I utilized have been affected directly by Alzheimer’s disease including a loved one of Jay Martin, the host of the evening; Dwayne Morgan whose grandfather passed away from Alzheimer’s and Jazz singer Jessica Rose whose grandmother has the disease.

What was your experience finding out that your Grandmother has Alzheimer’s?
It was a very sad time. It’s been about fifteen years now. It progressed slowly. Alzheimer’s has different stages. Right now she’s in the middle stage. As things progressed, it made sense why she was a little off. I’m happy that I have a lot of good memories with her and vice versa. My Grandmother is almost 90 years old, so she has seen her grandkids grow up. She has been able to truly live before experiencing the disease.

What is a memorable moment you experienced through your grandmother’s Alzheimer’s?
My grandmother and I were driving and my grandmother turns to me and asks, “How’s your mother doing? I haven’t seen her in a long time.” She had just seen my mother 10 minutes before. With Alzheimer’s, the short term memory is almost non-existent, but the long term is intact. It’s tough having a loved one with Alzheimer’s. It’s a bit of a different experience for me because I am the granddaughter and my mom is the primary caregiver for my grandmother.  When we look at our parents, we think they are the strongest people.  So when my mom seeks my help, I feel blessed and scared at the same time. Blessed that she confides in me, but scared because there are some tougher days she faces. Trying to be strong for my mom is challenging. My mom is there for my grandmother from the time she wakes up to see to it she’s showered, changes her clothes and everything.

Why do you think there is a stigma associated with Alzheimer’s?
A disease like Alzheimer’s is worse because people don’t understand it. Someone with the disease doesn’t look like they are ill.

Do you think the black community does not pay as much attention to Alzheimer’s compared to other illnesses?
Yes. A lot of it has to do with pride. We don’t get diagnosed until it’s too late.  Even when we ask older folks in our community when was the last time they went to doctor, it often is a long time. It’s time for people from our community, especially those with children to share their wants with our families and address matters such as insurance, funeral preparations and just general matters for tomorrow.  When we look at our community, we are slowly seeing discussion starting in areas such as diabetes and cancer; but Alzheimer’s isn’t really discussed.  We just say aunt or uncle, or whoever,  is just forgetful instead of looking into the true cause.

Aside from your involvement with the Alzheimer’s event, what else are you involved with?
I am the CEO of two companies. One being Ree Ree Productions which is my management company with artists such as J-melody, Spex from G98.7FM and many other personalities. The other one is Maxin' Productions Booking Agency where I book my talent. My work in this company has given me the opportunity to book artists such as Wayne Wonder.

How do you handle your 9-5 job while being involved in so many other things?
Working 9-5 as an executive assistant to a CEO and having a side hustle isn’t easy. I’m not going to lie to you. All power to anyone who is able to maintain work life balance but I am not one of them! It takes the support of loved ones and friends to reach my goals.

Who do you look up to in talent management?
I look up to those who don’t stop learning. What I do know I use to my advantage, but I am also open to learning.

Are there any female talent managers you look up to?
This area is heavily male dominated and could explain why there aren’t a heck of a lot of female talent managers. It’s not an excuse but, as women we tend to be caretakers and givers and some times that takes precedence over business. Sacrifices have to be made because we can’t do both and it’s often personal life for women that takes over.

Who are your mentors?
Towa Beer who I bounce ideas off of, is a great business mentor and Debi Blair who is an incredibly positive person to be around. Being surrounded by people who support what I am trying to do is critical for pushing an idea forward.  I look up to my mom because she has that, “you have to get it done mentality.”

What inspires you to continue?
Before my son was born, it was the love of the business.  Now having my son, he inspires me to be a beautiful person. He’s taught me that it takes a village to raise a family. He inspires me to be better and create that awareness.

What are the next steps for you?
I’ve already began planning Lip Service, for June 13th 2015. I’ve already booked 5 people and have started working on sponsorship. My husband and I will also be starting a clothing line for boys.

Kanda Farkollie is the host of the radio show ‘Let it Dangle’ which airs online every Monday at 9pm EST at www.spiritlive.net. She is passionate about all things media, including being in front of the camera or mic as an on-air personality, as well as working on the production end on creative projects. The common thread that drives Kandas’ passion for the media industry, is being able to work with peers to present truthful and inspiring stories. Kanda provides new perspectives to old thinking, with a smile and sense of humour. 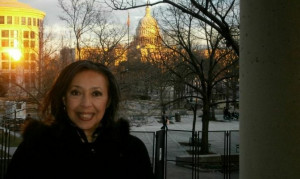 Older Entry Black History Month is officially in February, but the Ontario Black History Society educates all year
Newer Entry Am I my brother’s keeper? The founders of Young & Potential Fathers (YPF) Initiative would say yes. 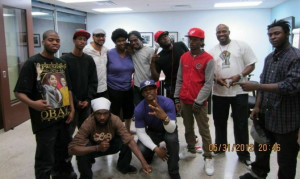 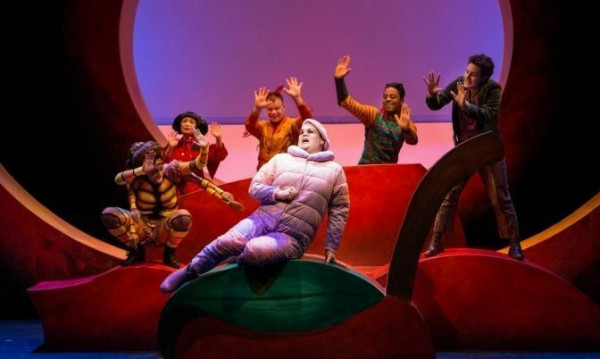 Young Entrepreneur Takes Students On His Road To Success 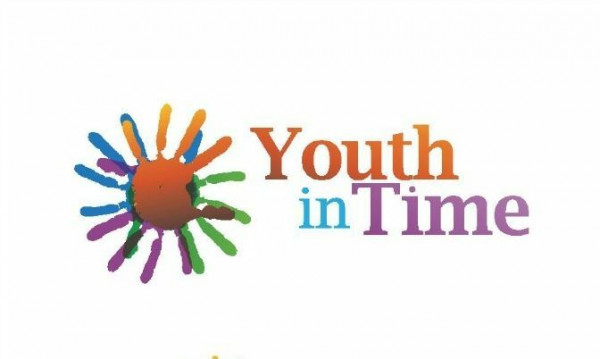 How one program helps youth deal with cancer