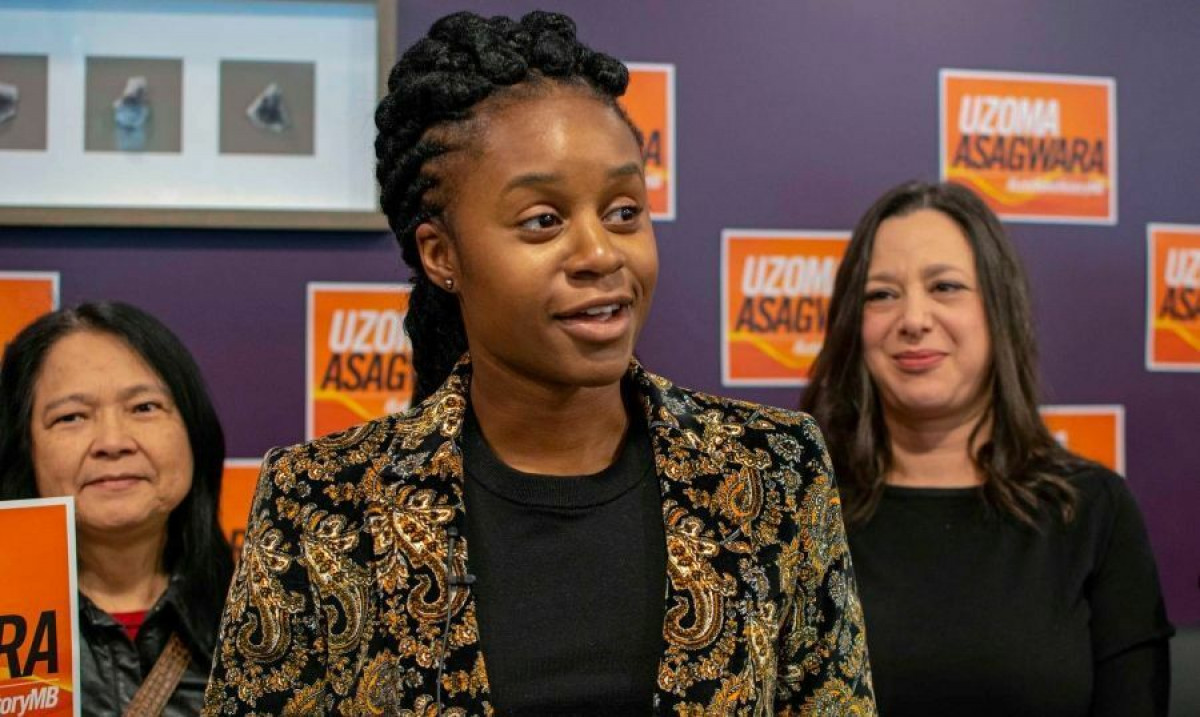 Uzoma Asagwara is of Igbo-Nigerian heritage and grew up in Winnipeg, Manitoba. On Tuesday September 10 2019, Asagwara won the seat as MLA for Manitoba’s Union Station riding under the NDP. Asagwara is the first Black, and openly queer MLA to ever win in Manitoba’s 150-year-history. Asagwara goes by the pronoun they or them.

Like many Nigerian children, Asagwara came from a large family; second oldest of five siblings, was a well rounded student, active in the local community, and had parents that were big on academic success.

Growing up, Asagwara recalls wanting to be a lawyer, which fitted well into the narrow career opportunities most Nigerian parents want for their kids; (doctor, lawyer, or engineer).

As a result of that pressure, Asagwara said it became challenging to see themselves outside of those limited possibilities. “You get so caught up in being this really great first gen kid and meeting all your parents expectations, that you forget to really explore who you are as a person.”

While Asagwara struggled to find the balance between pleasing their parents, but also going after what they really wanted, Asagwara says that the values instilled in them at a young age also helped them to become ambitious, hard-working, and able to think outside of the box, all of which are important to the position they now hold as MLA for Manitoba’s Union Station, representing the NDP.

Although now very excited to proudly represent the diverse community of Union Station in Manitoba that they’ve been elected for, growing up Asagwara explains that that pride and confidence wasn’t always there.

“I really think I was able to learn how to be my best self when I stopped thinking of who I was in terms of the labels and boxes that people had put me in for most of my life.”

After going off to university and later studying psychiatric nursing for their undergrad degree - which ultimately led to a twelve year career in that field- Asagwara said they were fascinated.

“I realized that these are conversations that I never had. Mental health was not something that had been talked about in our communities really, and it was a learning opportunity that really opened my eyes to so much,” said Asagwara.

Asagwara said that learning about mental health helped identify when those in their community were struggling with things like depression, while also empowering her to put vocabulary to what they were feeling at different times during their undergrad years, such as anxiety and stress.

As an adult, Asagwara also had to navigate their identitity as a queer person.

“There was no one that I saw that looked like me and also shared the same identity. It wasn’t until I was an adult that I started to acknowledge this other really important aspect of my identity that I hadn’t had the capacity or felt comfortable enough to really acknowledge growing up.”

Asagwara said they had to work through a lot of fear, worry and self-work to accept and appreciate their multifaceted identity. After surrounding themselves with people more acceptive and inclusive of their identity, and becoming more confident, Asagwara said they were able to form QPOC Winnipeg.

Founded in 2014, QPOC Winnipeg is a collective aimed at creating safer spaces and positive visibility of two spirit and LGBTQ Black, Indigenous and people of colour, as well as their allies.

Asagwara said that the collective was birthed from the recognition that people in the Winnipeg community didn’t have a place where they could feel accepted and safe, especially with incidents and issues of racism and discrimination.

“It was an opportunity for myself and a few other folks to create really important conversation around what it means to be two spirit or LGBTQ in Winnipeg, and what that means from the perspective and experience of Black, Indigenous and people of colour.”

When it comes to Asagwara’s goals and plans for their new role as an MLA, they said that they’re "hoping to continue to build a really great team so that I can serve the constituents of Union Station as well as possible, and ensure that our voices are heard in the Manitoba legislature.”

Asagwara also added that the current Manitoba government lacks a compassionate approach to addressing issues such as mental health, addiction, equitable and accessible healthcare, and providing access to affordable housing and good education. Asagwara says they take this very seriously and will be working as part of the NDP team to address these issues for Manitobans, and see that their needs are being met.

Throughout Asagwara’s own experience campaigning and door-knocking as Manitoba’s first Black and queer MLA, they said that people were generally accepting and supportive, and that the people who were discriminatory and rude while on the campaign field, were thankfully a minority.

“People need to know that it’s been challenging … but at the end of the day ... I’ve gotten to where I am in my life because of who I am, not in spite of who I am. If I had chosen to deny my identity or hide aspects of who I am I wouldn’t be here today.” 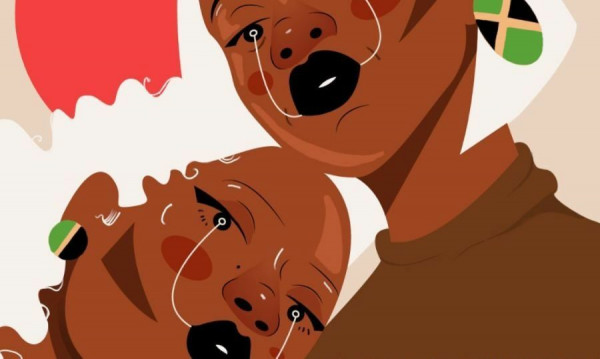 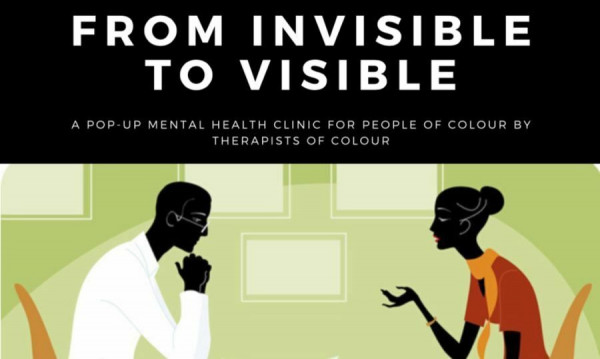 A Pop-up Mental Health Clinic For People Of Colour, By Therapists Of Colour 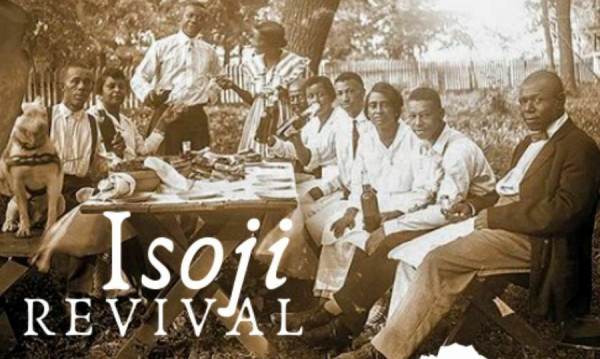 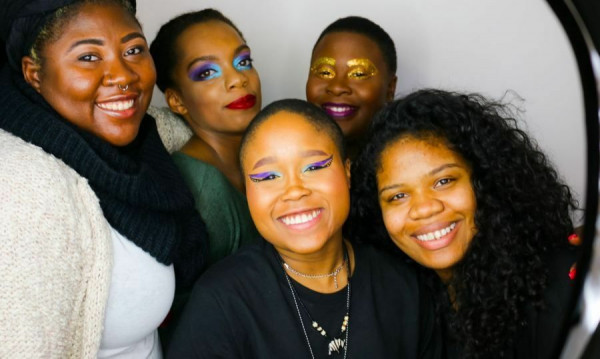 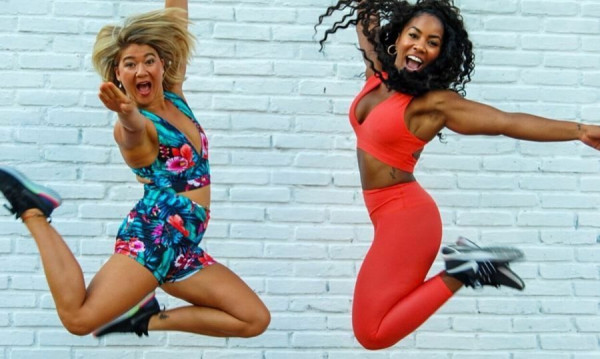