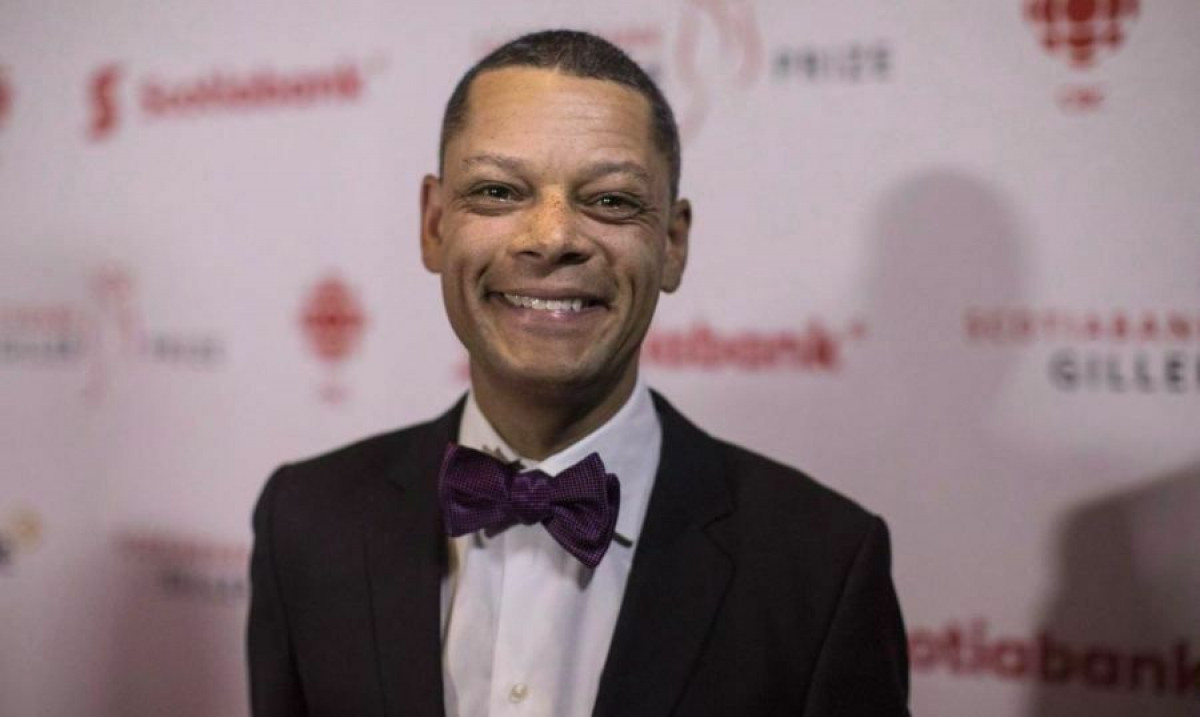 Matt Galloway is set up for quite the epic start to the new year. Just a week before our sit-down, the 49-year old host had wrapped up a nearly decade-long stint as host of Metro Morning, Toronto’s #1 radio show.  His final show was part of a packed live broadcast that served as a holiday food bank fundraiser, as well as a goodbye party complete with crowds, concerts and fanfare to see him off.

After a whirlwind weekend to catch his breath, by Monday Matt was preparing show content that will be heard as part of his debut as the new permanent host of The Current. Described as Canada’s most listened-to radio program, Matt will be the show’s second permanent host since its debut in 2002.

In the fall of 1999, I walked into CBC as an on-air member of the New Voices program -- an initiative to add younger and diverse voices to the airwaves. One day while working out of our first-floor studio, I remember looking up and seeing a slim, quiet but focused man in conversation with my colleague Nick Davis. Matt had an understated but clear sense of hustle and direction. I realized that if he was in the room, he was ready with ideas. Without question, if you put him behind the mic, he not only showed up with his ideas, but his articulation was flawless.

So years later, on February 25, 2010, when I was standing in the Metro Morning studio witnessing the host handover from Andy Barrie to Matt Galloway, I certainly saw it coming.  As ready as Matt was then for that Toronto-centric role, Matt believes it has set him up for a national stage. He’s going in with a game plan.

“It takes humility to own the chair but it takes all of the other people in all of the other chairs that make what you bring come alive. At the same time you have to be confident in your ability to lean into that role. You have to also be a clear listener and be an active listener…someone who is not going to just talk but will keep his mouth shut and listen.”

Since his appointment to the role, and throughout the winter break, Matt has been catching up on sleep, but he’s also been keeping his ears open.  He knows that he will have big shoes to fill after Anna Maria Tremonti’s 17-year stint as the show’s inaugural host. But he also knows he has the room to make it his own.

And just who is Matt Galloway? Although his career has made him into a public person, it takes a while to get to know him. He’s a married father of two girls. He likes to bike. He lives in and loves Toronto’s west end, and carries a deep love for all things music. But he’s as adept with entertainment and sports as he is with the news. Matt is mixed race, his father hails from Philadelphia and his mother is from the Georgian Bay area. He grew up in small-town Ontario, and says when he first moved to Toronto he didn’t have many connections. Having been a bit of an outsider, he believes strongly in the power of perspective, and representation in media.

“We still don’t see enough representation in the media right now.  It’s a huge priority here in this (CBC) building but there’s a long way to go to get to where we need to be so we can see full representation. And so my advice to people often is that you have to hustle and you have to create those opportunities, you need to be indispensable, but you also have to find champions and find allies. ”

Nick Davis was one of Matt’s early champions because he had many touchpoints with him before he first walked through the doors at The Broadcast Centre. Nick connected with Matt when they were both working at CHRY - what was then known as York University’s campus radio station. Both were contributors on the station and later Nick, who is of Jamaican heritage as well as a serious music fan, began to appreciate Matt’s writing when he was a music columnist at NOW Magazine. So when Matt came on to the scene, Nick as an Associate Producer, did what he could to give him chances:  “I knew he would not only surprise us, but he would surpass our own expectations.”

Now, as director of engagement and inclusion for CBC English services, Nick says he’s heard feedback from listeners across the country about how CBC can be more representative. Nick is excited about Matt taking the chair at The Current and knows that he has the kind of background that will help move the show forward into the new decade.

“What he brings are those nuances…about being a person of colour, about coming from a small town...about being different.  About experiencing things that other people haven’t experienced in a way that I think will help him bring, or paint a better picture of what it means to be all of Canada.  And I know it sounds weird for someone who thinks he’s just this Toronto guy...but I think when he gets on the radio they’re going to realize that he’s actually just a man of the people -- of all people. And that’s what makes him good.”

Matt believes that if he’s going to have an impact in this new role, the key is to tell the totality of the stories that Canada has to offer. And the impact of his appointment is not lost on him. He points to the announcement of Nathan Downer at CTV Toronto as a key signal of change, but he knows there is more to go -- particularly as Generation Z starts to take notice.  A conversation with a six-year-old boy has left a lasting impression on him.

“(The father) said that he’d grown up listening to me and then saw a picture of me and couldn’t believe that someone like him --  a mixed race kid -- was someone like me: who ends up on the radio. He wanted to come and meet me because he couldn’t quite stitch those two things together: that the guy on the radio looks like him.  And that’s a really powerful thing. That idea that you can’t be it unless you can see it, means a lot.”

As we settle into 2020, there will be a lot of people getting used to Matt’s voice at a new time in the morning. They’ll be figuring out just who he is and why they should stick with him as he fronts the show. It’s a new chapter in Canadian radio that Matt knows comes with huge opportunity and great expectations. But he’s ready to take it on. And when he can, he wants to pay it forward.

“I don’t like being the centre of anything. I try to take my ego out of it as much as possible. But at the same time, if you can see it as a way to shine that success on a path for other people to get forward, that’s a big thing for me and I’m delighted to do something like that.”

Dayo Kefentse blends her expertise in broadcast journalism, music, content strategy and communications to amplify initiatives connected to the people and organizations she cares about.  Find her at www.dayo.ca. Recently, she contributed as Director of Communications for Ryerson University’s Office of the Vice-President, Equity and Community Inclusion.  In any given month, you’ll find her at a concert singing her heart out in hopes of one day being discovered for the big stage. Until then, she’ll continue living in Toronto.

Dayo Kefentse blends her expertise in broadcast journalism, music, content strategy and communications to amplify initiatives connected to the people and organizations she cares about.

Recently, she contributed as Director of Communications for Ryerson University’s Office of the Vice-President, Equity and Community Inclusion.  In any given month, you’ll find her at a concert singing her heart out in hopes of one day being discovered for the big stage. Until then, she’ll continue living in Toronto.