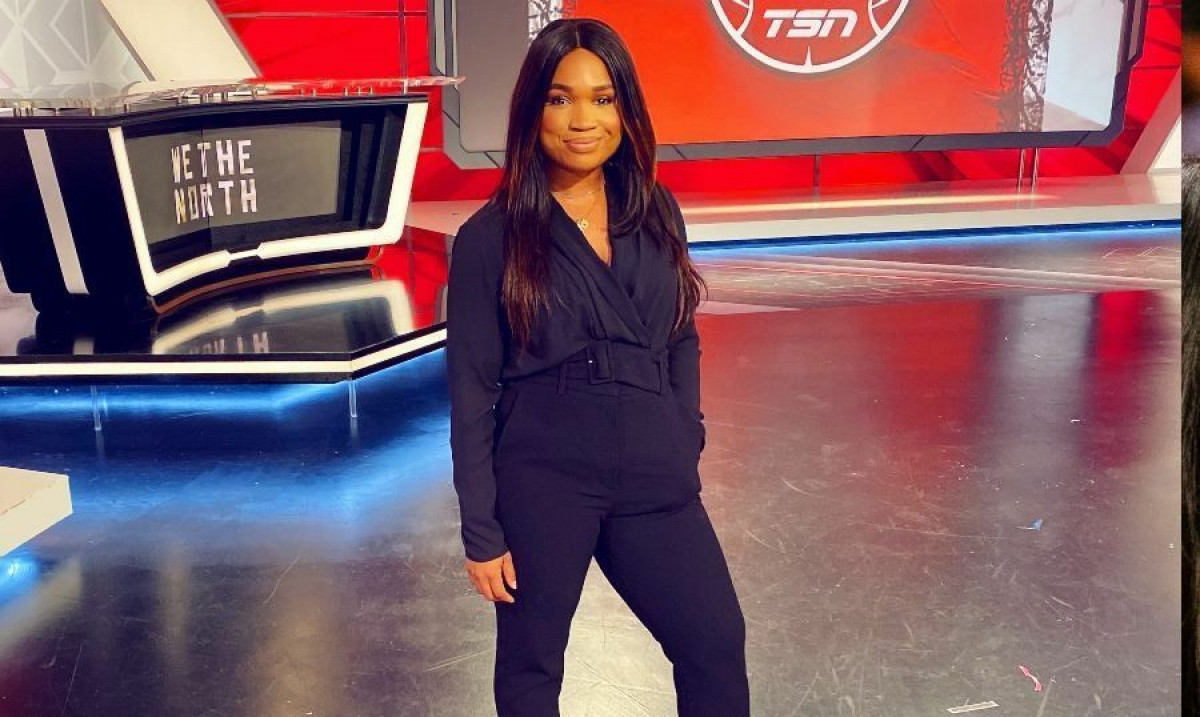 Kayla Grey is small but mighty. The TSN Sportscentre anchor and reporter has seen her fair share of challenges through her 27 years but she has emerged stronger and wiser. I caught up with Kayla before she caught a plane to the NBA All-Star Weekend in Chicago.

It’s Black History Month so let’s begin our chat with the history you made as the first Black woman to anchor a national television sports show in Canada.

Kayla: It was two years ago. A day after Martin Luther King Junior Day.  I’m very proud and honoured that I could break in that way. Eight-and-a-half months pregnant, little old me sitting up there at that desk making history as the first Black woman to anchor a highlight show in Canada on a national stage, which was TSN Sportscentre. Here’s the thing: TSN was always my dream. It was the show that as an aspiring reporter I was always watching and taking notes and trying to speak into existence. For someone like me, I never saw myself sitting up there. I never thought it was possible. For me to be that face of ‘yes you can be here--there is room for you up here’ I didn’t think I’d have to take on that fight but I am more than honoured so that the next person watching television can be like ‘Kayla’s up there--so I'm next’.

When you say ‘someone like me’ what does that mean? 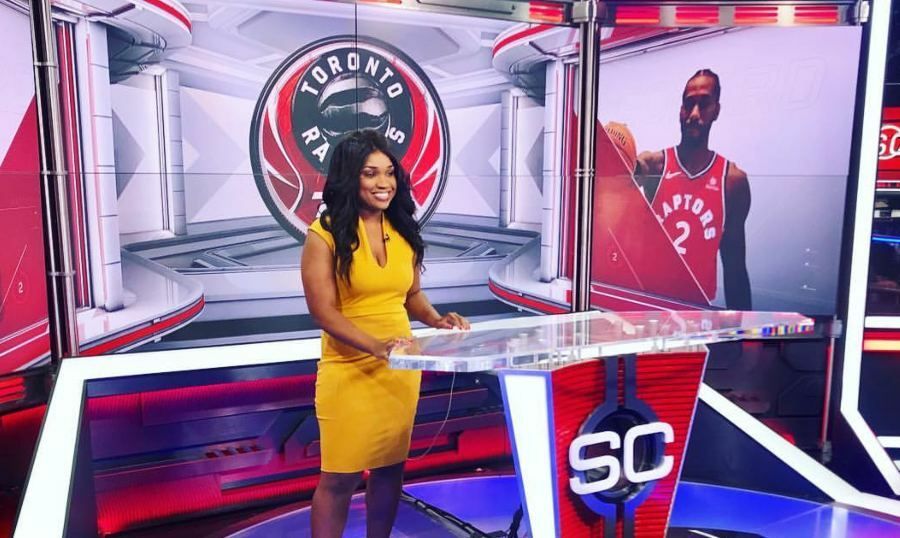 Kayla: I didn’t think someone of color--a Black woman could be up there. Someone with my hair. Someone with my shape. The way that I talk. The way that I enjoy sports and how I express that passion.  I didn’t think there was room for me up there. I didn’t think that that could be a fit. I didn’t think there was room to be completely myself. People that I had watched coming up were amazing and so polished and their delivery was on-point--and I can be rough around the edges in my delivery. Those are the kind of battles that you go through in your head when you’re trying to picture yourself in certain spaces. People traditionally would say anchors are straight-laced and stick to the news and don’t have too much personality. So for me it was about figuring out my way--forging my own path and doing things on my own terms.

Kayla: Oh gosh, yes. I don’t even know how to explain to people that have not been in that position before. You take on so much weight of making sure that you aren’t making any mistakes. Making sure that you’re not doing anything that could hinder anyone's chances coming in. To a fault sometimes. As a broadcaster--to learn--you’re going to have to make mistakes. But I just felt that with me being who I am--looking the way that I am and just the way that society works--you’re not allowed to make any mistakes, you have to get it right and even if you get it right there are still people there to point out to you what you’re getting wrong. For me, it is one of those things I had to go to therapy for, to deal with the overwhelming pressure of--when you step in this door it’s not just your foot that is breaking into the door it is the feet of many. Sometimes I feel that when I speak it’s the voice of a thousand people and I take it so seriously and it’s incredibly personal for me and I just do not want to ever get it wrong.

It’s vital to know when you need help and where to seek it out, right?

Kayla: I have a group chat going --just women who are in the same space that I can bounce things off of. Share. Feel supported. I think it’s incredibly important to find your allies--to find your people. Not everyone is going to be there to see you win but to find your support group is so important. I used to have really bad bouts of anxiety, mental breakdowns, because it was getting so overwhelming and when I finally realized that I had to seek help from a professional is when things started to turn around--when I could actually start to manage the feeling of being under such pressure.

Speaking of pressure--when you first found out you were pregnant with your son Levi (he turns two in April) you were worried about your professional life. Tell me about that?

Kayla: I was in talks regarding hosting SportsCentre. It was not the worst day but close to it. I thought it was over for me. No way could I be a mother and still go for my dreams. I love my child--I feel that Moms always have to preface everything by saying that before they go on to say other things, but it was a really hard pregnancy because I felt like I was forced into hiding it.  I couldn’t even enjoy being pregnant at that time because I was so worried. 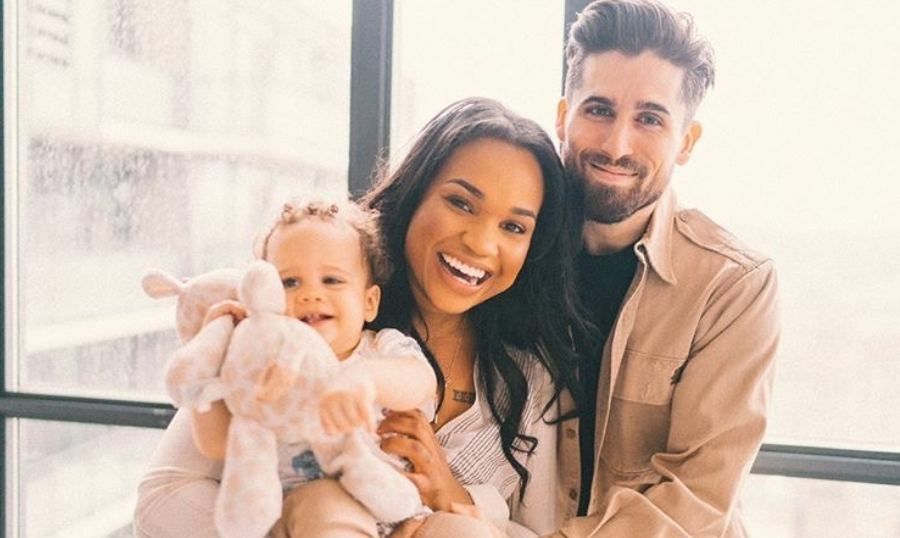 Why did you think you couldn’t do both? Be a Mom and a sports anchor?

Kayla: Maybe it was all in my head but for six months I hid being pregnant. Nobody knew. I was wearing all-black dresses trying to slim things out but eventually, Levi was like we’re about to pop. This is happening. I’m not going anywhere. Levi was my greatest teacher of 'you’re going to figure this out'. You’re going to do this your way on your terms. You’re going to define motherhood for yourself.

So you’re a Mom now. Levi’s doing well. So are you. How do you remember your childhood?

Kayla: My Mom was a single parent and I grew up watching her work so hard. It wasn’t always traditional--I wasn’t always with her.  I spent a lot of time with my grandparents and they had a huge hand in raising me. It was hard, the relationship between my Mom and me. But we’ve found a way to make it work now.

What was the most difficult point?

Kayla: I had really bad depression. There was a lot of trouble that I had gotten myself into not knowing how to express myself. Not understanding that mental health was real and even more so in my years going through puberty and high school feeling unheard and alone. That caused a lot of friction between my Mom and me. I had to move out at 15. It was no one’s fault. We just couldn’t co-exist. Those were hard times but when I look back at them I just approach the situation with grace and gratitude because my Mom was doing the best she could do.

That is a wise way to look at things. There’s a saying that ‘people only give what they have’. What did early independence give you?

Kayla: I’ve made a home in different places. There are times when it’s been open for me at my Mom’s and sometimes not. I lived in friends’ basements, with my aunts, and my grandparents. But I’m so grateful for the experience of growing in my own independence and with that independence it has taught me a lot and has made me battle-ready for the workspace. Sometimes I make mistakes on the air but I always think to myself--if I can make it through some of the things I have gone through--this is fine--I can make it through this and so in a weird way those years taught me the greatest lessons. I missed a lot of school because I had to work to support myself. I went to an adult-learning centre to upgrade a lot of my high school marks so I could get into a post-secondary program (The College of Sports Media). I know the struggle it took for me to get my life back on track when it comes to education. 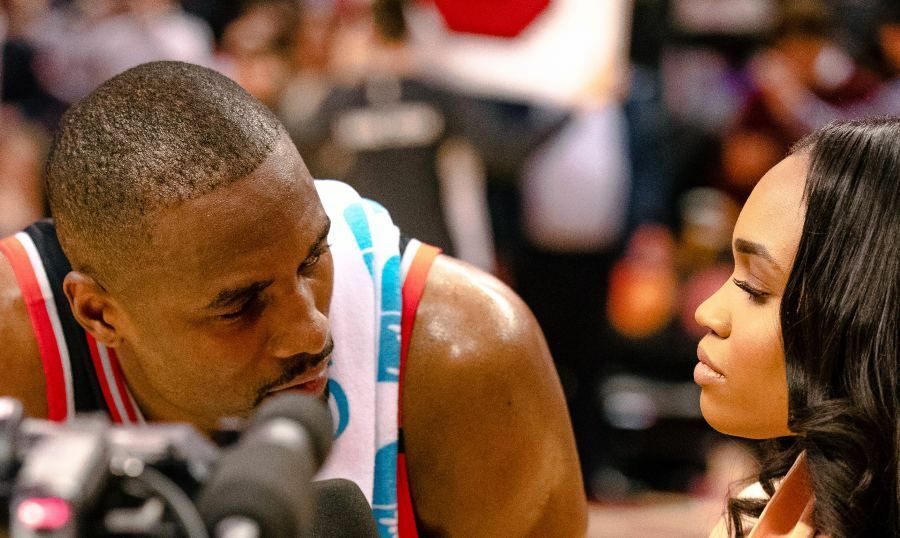 We’ve seen you on the sideline covering the Toronto Raptors. How would you describe your reporting style?

Kayla: Just being incredibly aware and incredibly prepared. You’ve got to know everything from stats to storylines but for me it’s watching the game and reacting to it.  The games I’ve done sideline for, they have been very close games. So it makes the most sense to draw from that emotion. Just asking players what did you see? Thought process. What happened in that time out. That’s when you get an athlete in their most real element.

The undrafted Toronto Raptors guard Fred Van Vleet said: “Bet on yourself!” Does that resonate with you?

Kayla: That right there is something I have had to do time and time and time again. The no’s. Feeling like I should have been in certain positions but not granted them. I remember my first job out of school--was at a network where the boss told me that someone like you should be happy that you have a job in this industry. And I bet on myself and I went to where I thought I would be valued. That has been one of the biggest lessons I’ve learned. Believing in what I bring to the table. Believing that when I show up I show up prepared. Every time someone has told me no, I have said: Well, Kayla, it’s a yes in your mind.” If you truly believe in yourself, your 'yes' is the only one that matters and you just have to show up with the work to get it done. 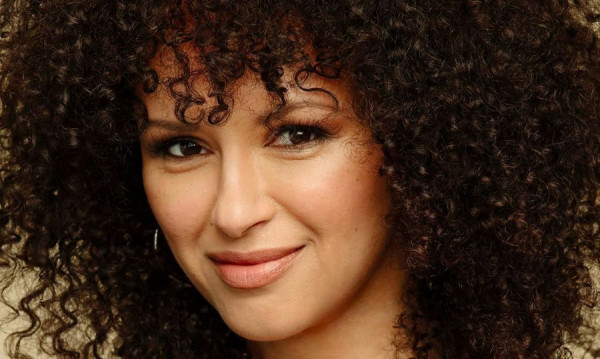 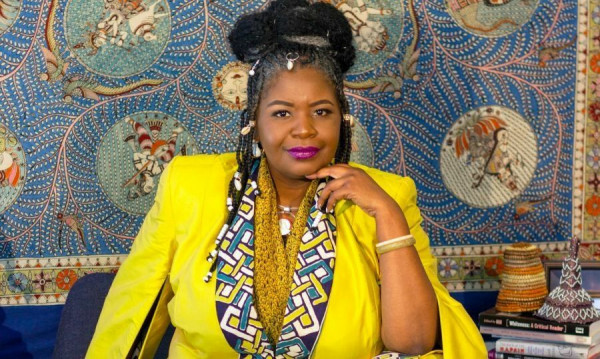 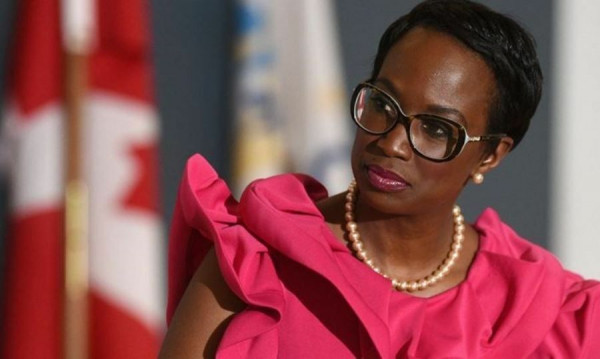 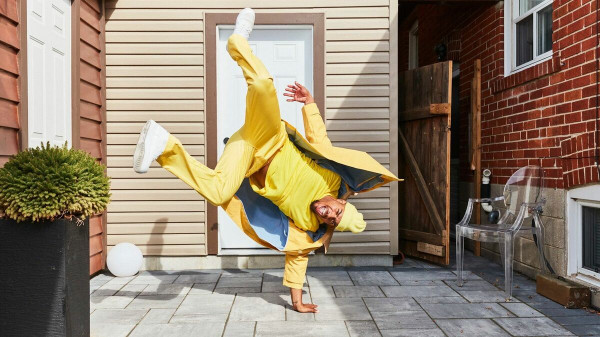 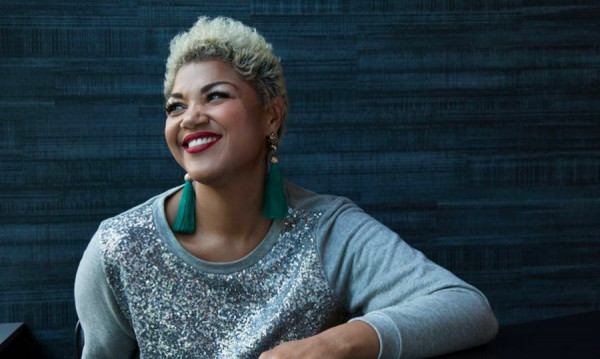